Small teams of T'au operatives have managed to sneak onto the surface of the feudal Imperial world of Beresinia, which is currently engulfed in internecine conflict, with some areas even in open rebellion against Imperial rule. Colonel Kutuzov's Rangers, a light infantry regiment in Count Xuvorov's personal army, receive intelligence that a T'au kill team is operating in their area, but it is unknown why they have come to this world or what they are trying to accomplish with their covert activities.

A small team of men from Kutuzov's regiment is assembled and given the task of tracking down the T'au operatives. Their goal will be to capture some of the T'au, so they can be interrogated to gain information about their mission. At the same time, a hand-picked team of the T'au operatives have been chosen to go into the warzone in order to capture any of the native human soldiers they can find, the higher the rank the better. They are not told why they have been given this task, but the ethereal caste does not need to explain themselves, they must simply be obeyed, since their commands are always for the greater good. Before long, the T'au operatives and Kutuzov's men find each other amidst bombed out industrial ruins. 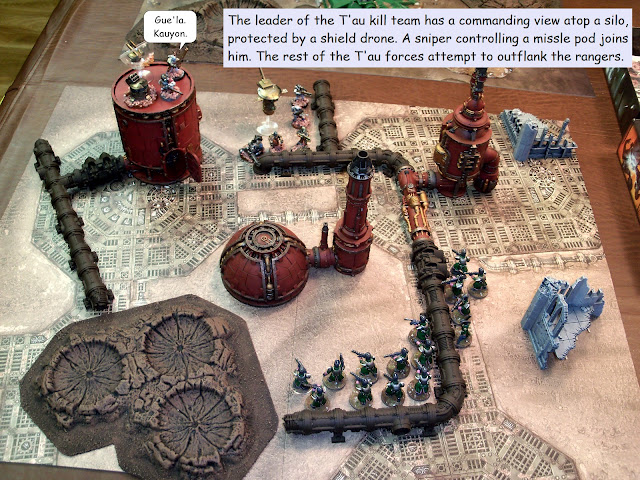 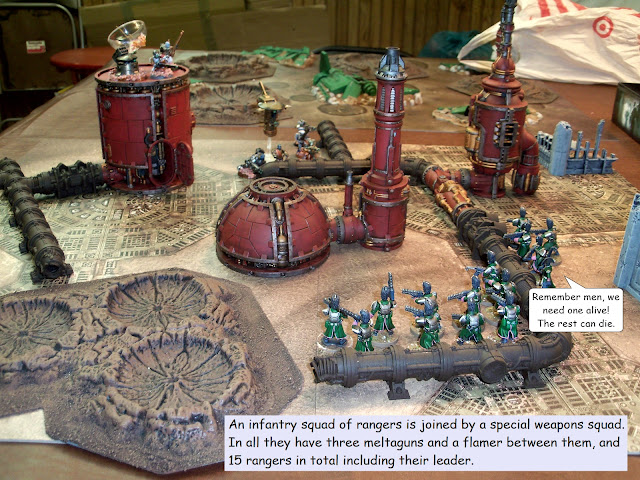 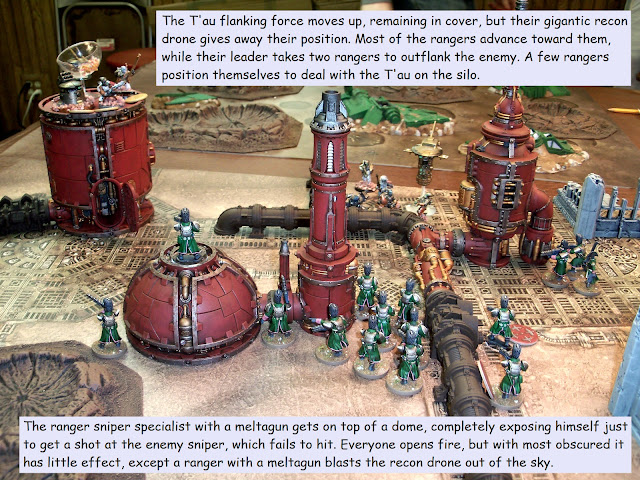 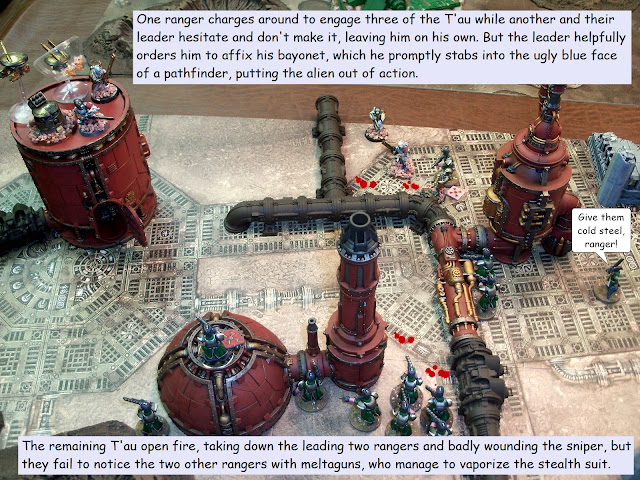 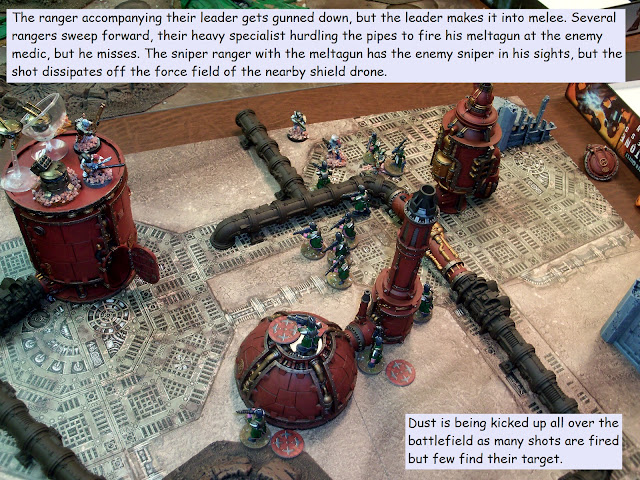 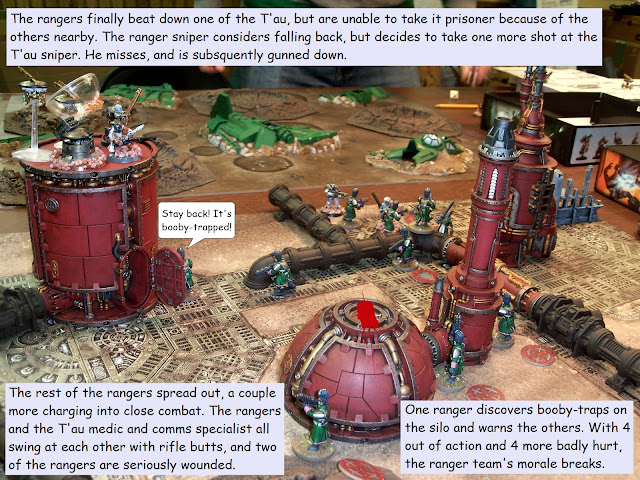 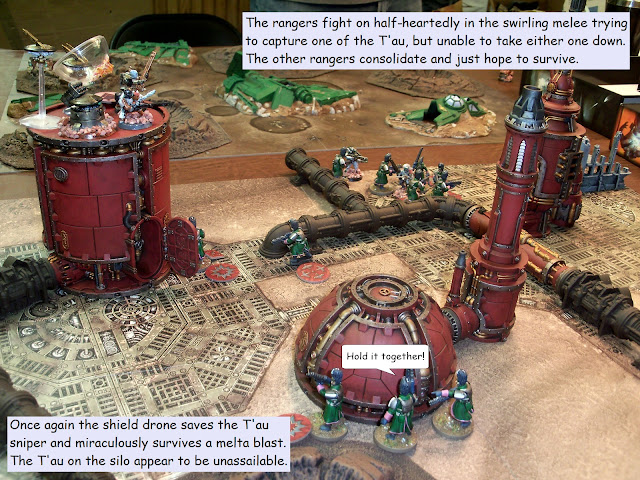 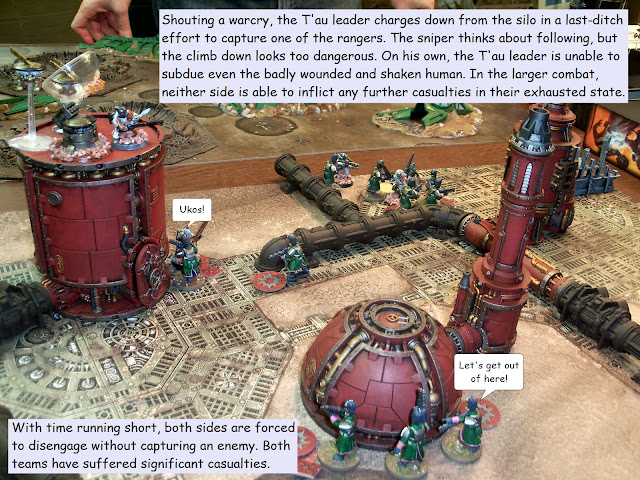 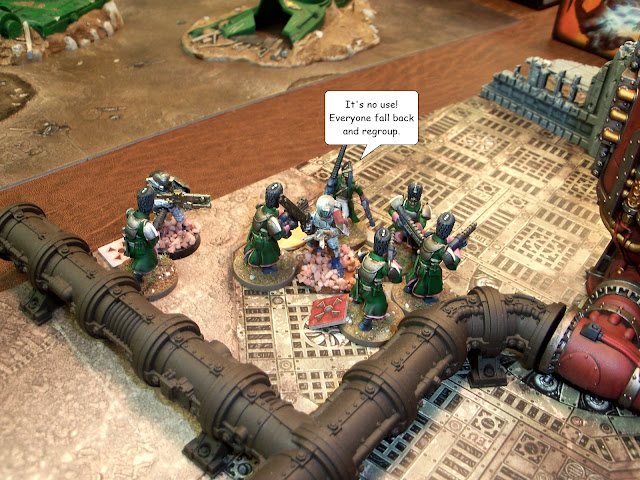 Neither team is able to subdue and capture any of their adversaries, despite many attempts. Not wanting to expose themselves for too long in the active war zone, both kill teams withdraw, taking their wounded with them. The first encounter between the human soldiers of Beresinia and the T'au visitors is inconclusive, and neither side is able to gain any valuable information about their new adversaries.
Posted by Craig Welter at 8:00 AM