In our last episode, Byron Manfred, his wight king companion, and a darkoath chieftain hunted some of the strange beasts of the silver tower, following the currents of the winds of Ghur. After being consumed by a massive wolf made of pure amber, they found themselves facing another of the Gaunt Summoner's trials. After being surrounded by enemies in a passageway, the darkoath chieftain was taken out of action. Byron and the wight king fought on and, after a long struggle, defeated all of the adversaries facing them. After taking a short respite to recover the grievously wounded darkoath chieftain, the adventurers now prepare to continue their trial. 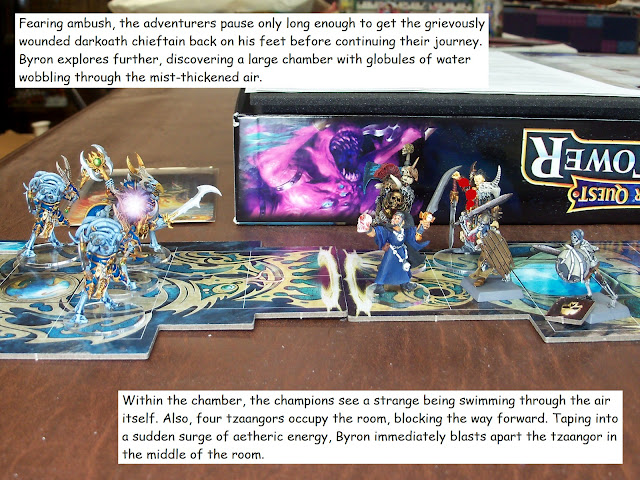 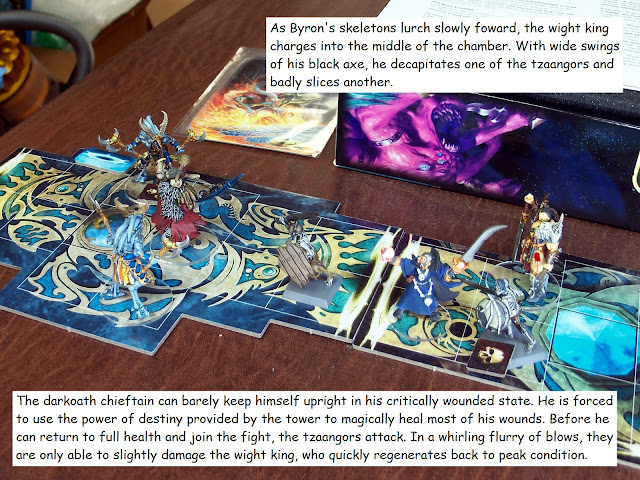 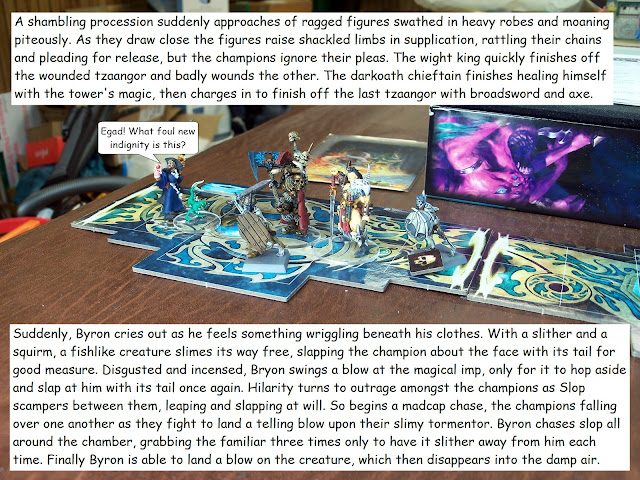 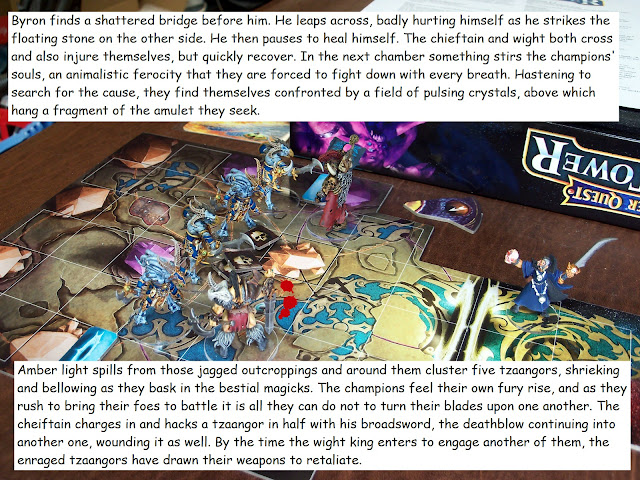 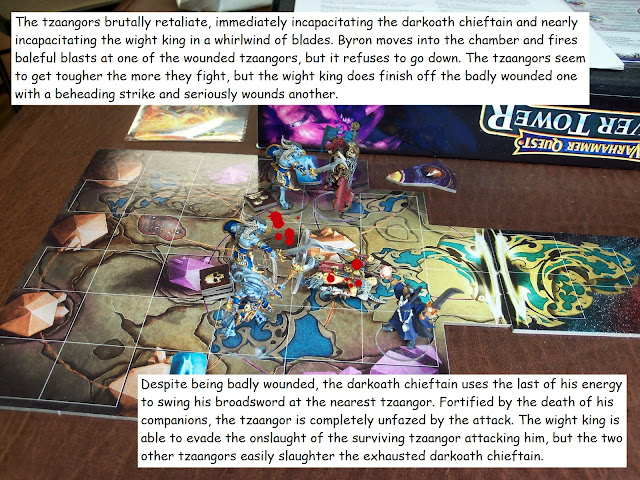 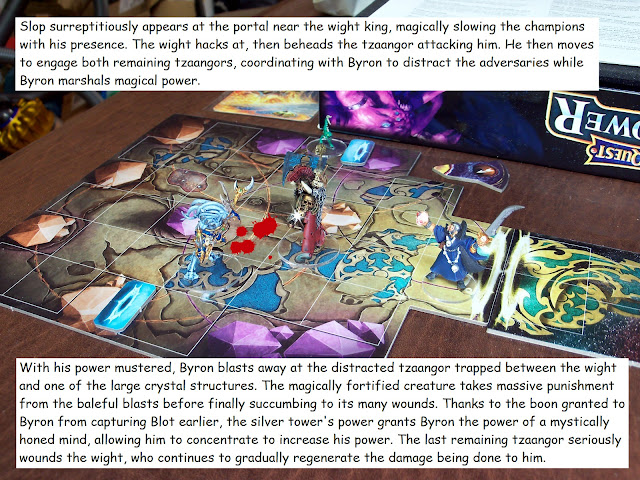 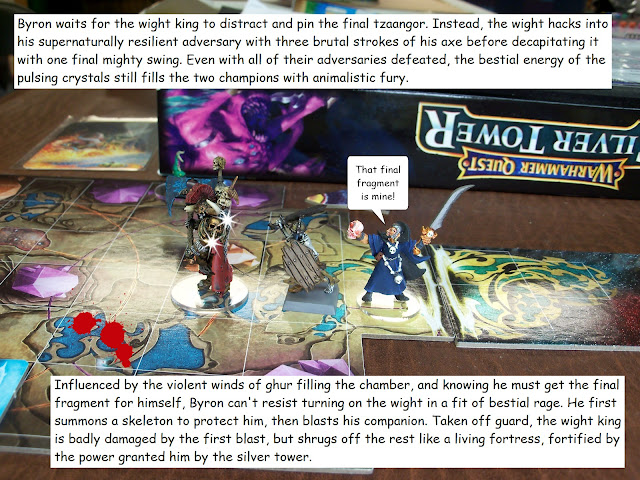 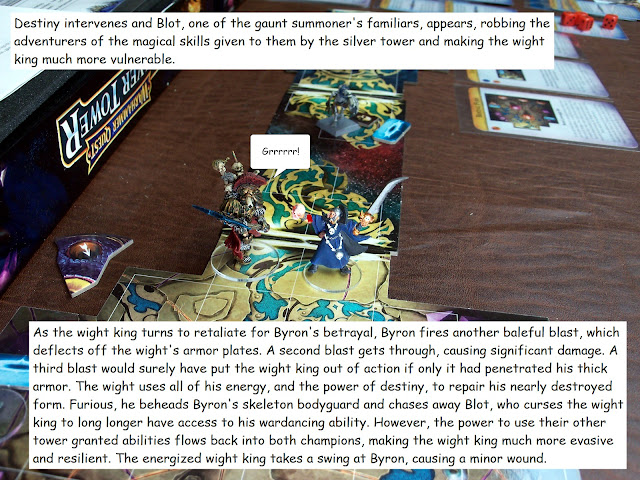 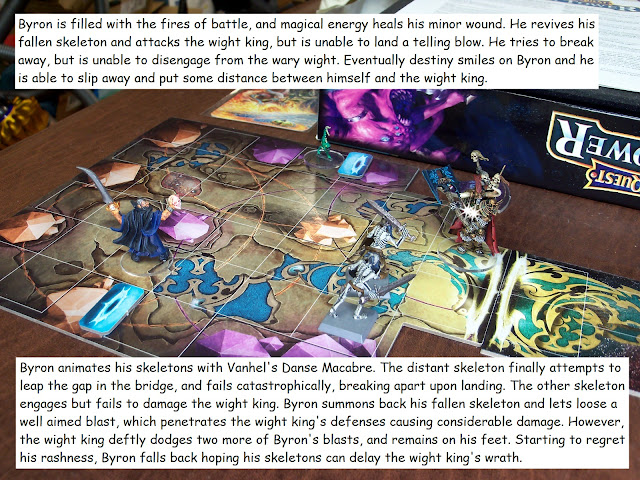 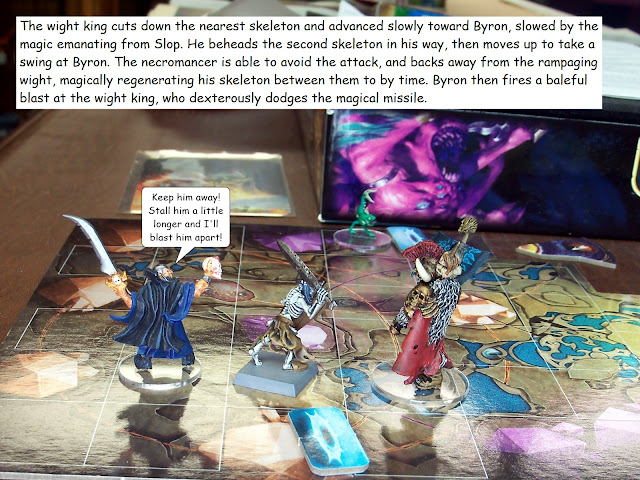 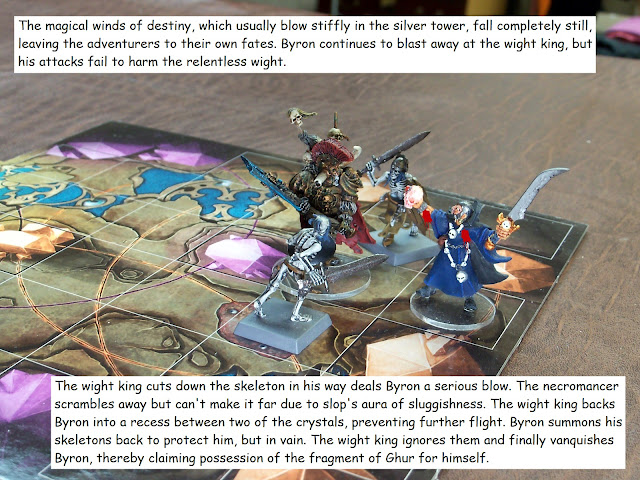