A while ago I got a couple of the Gothic City Terrain kits from Pegasus Hobbies to make some Warhammer 40,000 terrain with. I initially was planning on getting one each of the four different gothic city terrain kits they make to combine into one large building, since I don't like buildings on the table that would only be large enough to be an outhouse in 28mm scale. I actually only ended up getting two of the kits, the Gothic City Buildings Small Set #2 and the Gothic City Ruins. The kits are larger than you'd think, so the result from just those two kits ended up pretty large.

The buildings are decent for the price, though I do have a few warnings. First, it does take a lot of effort to assemble these kits, partly because of the tons of mold lines that need to be cleaned, especially in the windows, but also because some of the pieces just don't fit together quite right without some significant filing. It took a huge amount of filing to get flat surfaces where some of the pieces joined.

Second, the kits aren't nearly as modular as they seem to be. There really is one way they are intended to go together, especially with the ruined walls, and if you do it a different way you are going to have problems. For example, with the ruins, as with all the wall pieces, they look different on one side than the other. But they didn't design it so that you could easily choose which side you wanted to be inside and which be outside. With the other building set, you can assemble them with whatever side you want facing inside, but once you choose, you have to do it all that way. Since the pillars are attached to the wall sections, if one wall piece is set up one way, the next one has to be the same way, so you can't switch the inside and outside walls for different parts.

Anyway, I combined the two kits to get a decent sized piece representing just the front part of a ruined church building. I added in some of the pre-painted Pegasus Hobbies Gothic Rubble sets to have some rubble inside the ruins. Here are some pictures of the results, with a few of my converted Imperial Guard figures for scale. 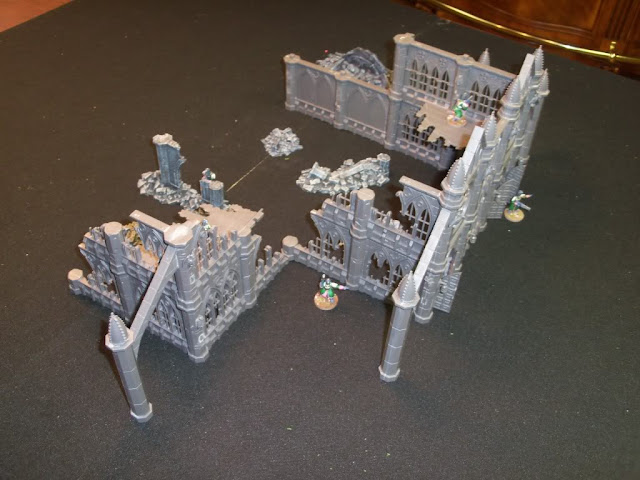 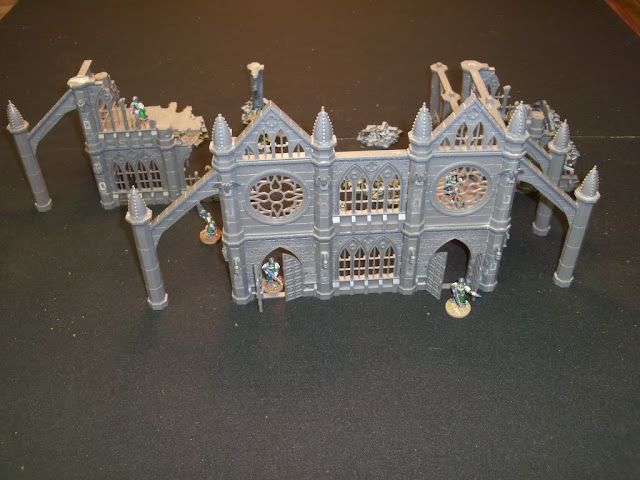 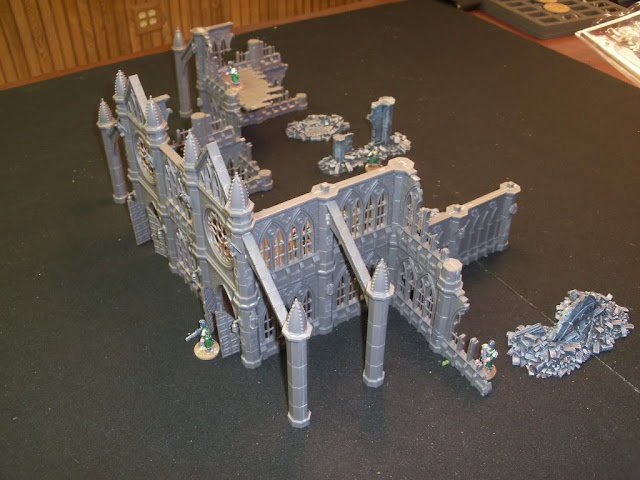 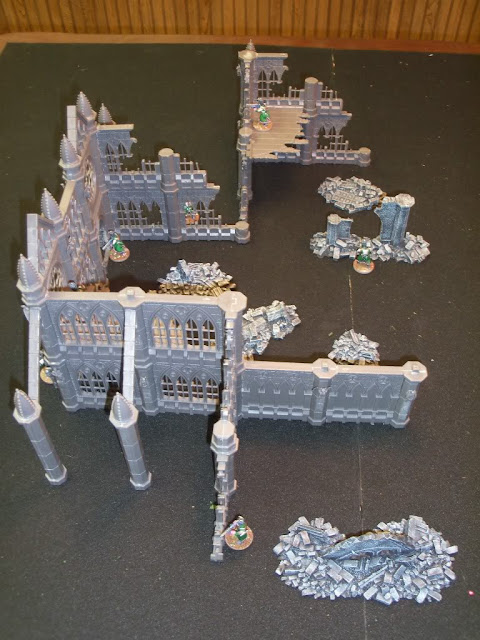 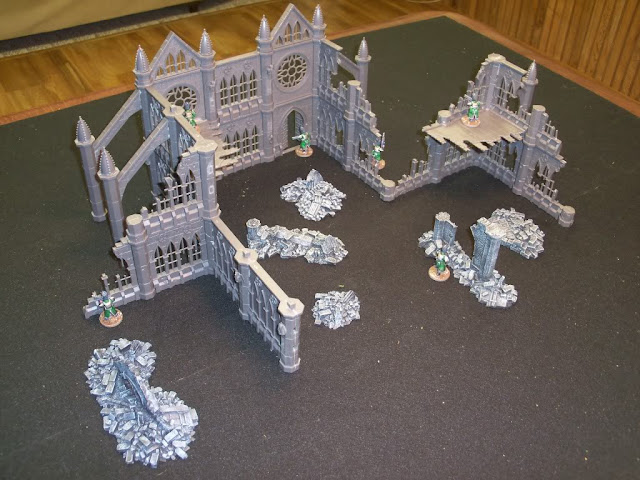 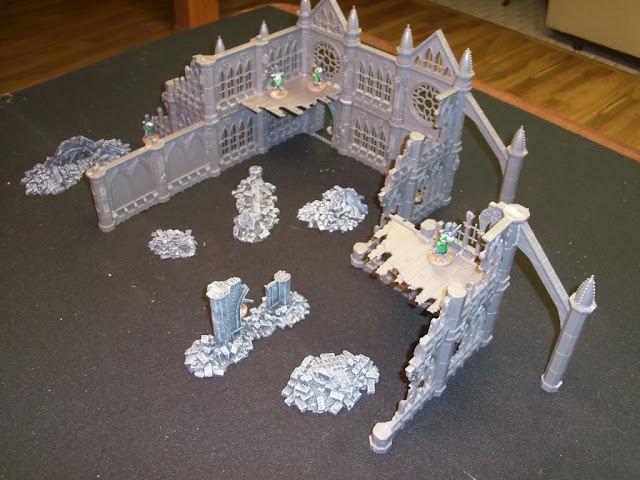 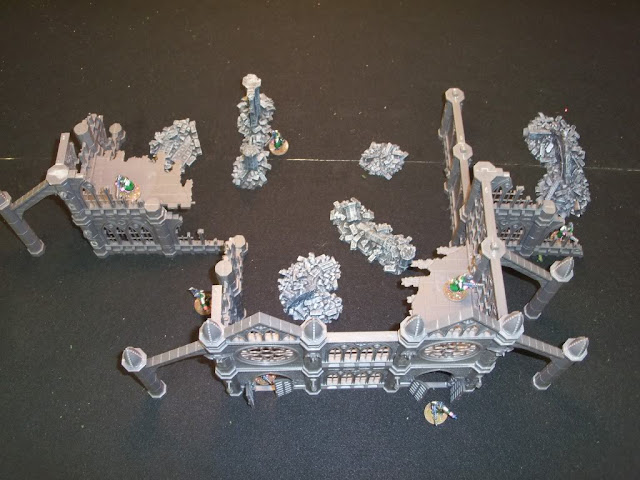 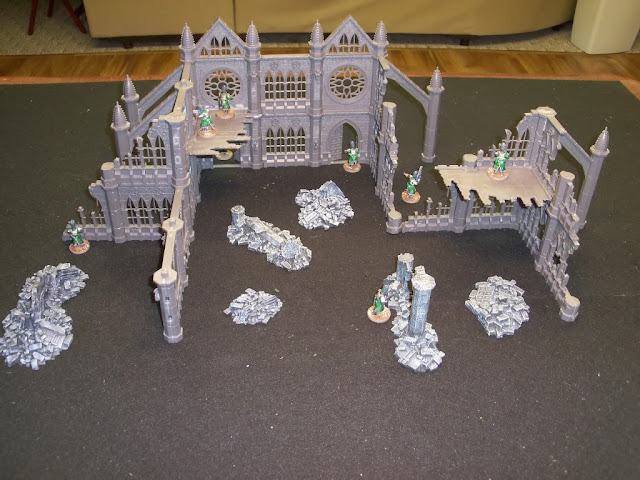 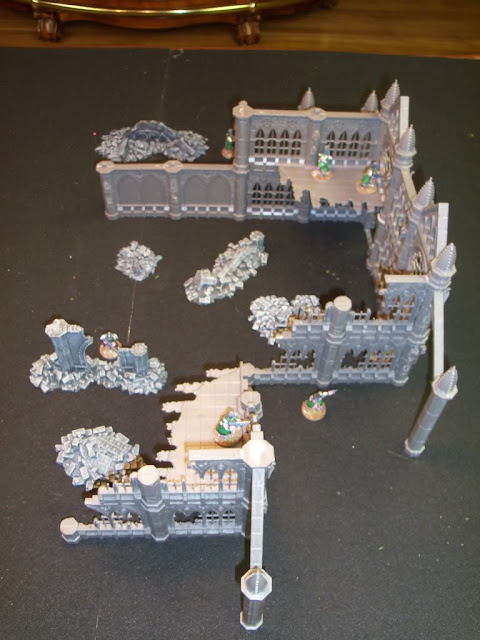 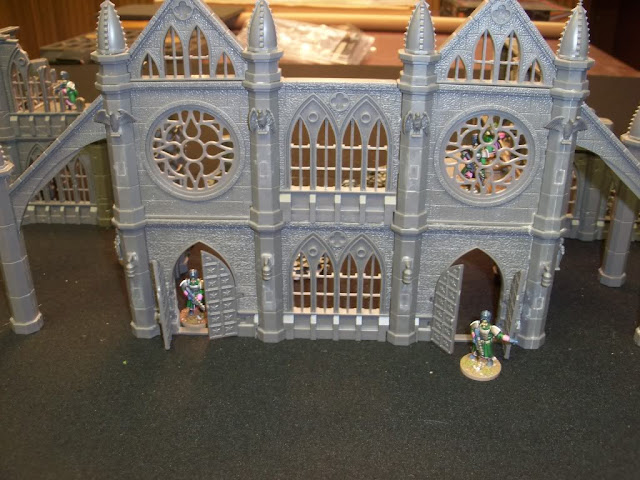 I didn't glue all of the pieces together, which allows me to partially disassemble it. This was mostly to aid in storage, so it can be broken down to take up less space. But it will also allow me some variety in how I set up the building, or allow me to use just a ruined corner or other individual piece if I don't want something so big. Here you can see how it disassembles and an alternate setup. 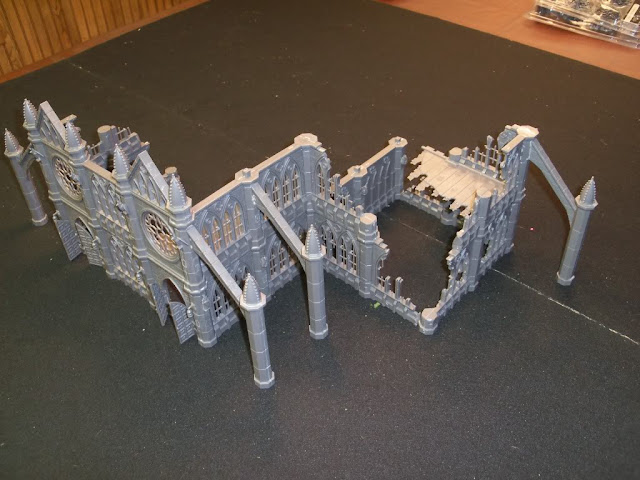 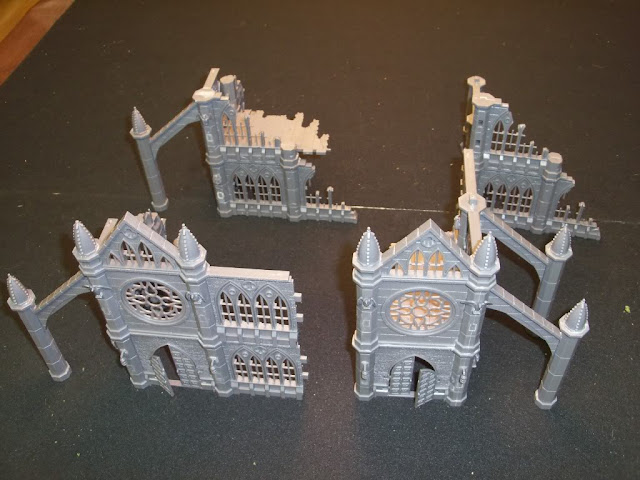 And here are a couple shots of the whole thing packed together for storage, so the huge building takes up relatively little space in my closet. 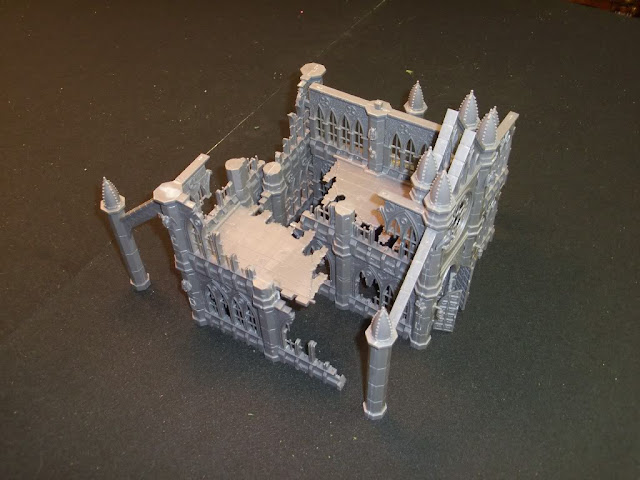 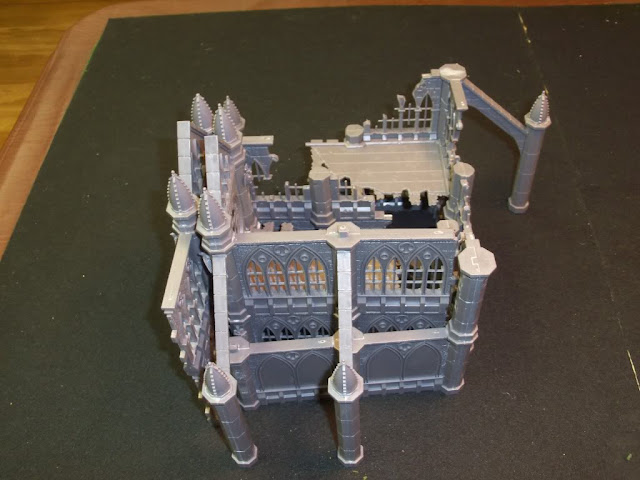 Hopefully this has been helpful for those considering the Pegasus Hobbies Gothic City Terrain sets. If you have any of them, I'd love to see what other people have done with them. You can generally get a good deal and free shipping on these from Amazon:


Here is a link to some other Pegasus Hobbies Products