I've finished painting my second batch of my Warhammer 40k Renegade Imperial Guard Conscript models. That makes about half of them done, and the other half still to go. It should look pretty impressive when I have the full unit of 50 of these guys on the table.

I don't have much to say about them. They were painted pretty much the same as the previous batch, except that I did a bit of highlighting on the sharp edges of the green coats before doing the Devlan Mud wash over the whole model. I think it does make them look a little better, but I'm not sure if it's worth the extra effort. Let me know what you think of these guys compared to the previous batch.
I also set them on their side shortly after applying the wash, so that it wouldn't all run down to the very bottom of the coats, which it had tended to do on the previous batch. I think that is worth doing on the rest of them, so some extra shading stays in the higher folds of the coats. 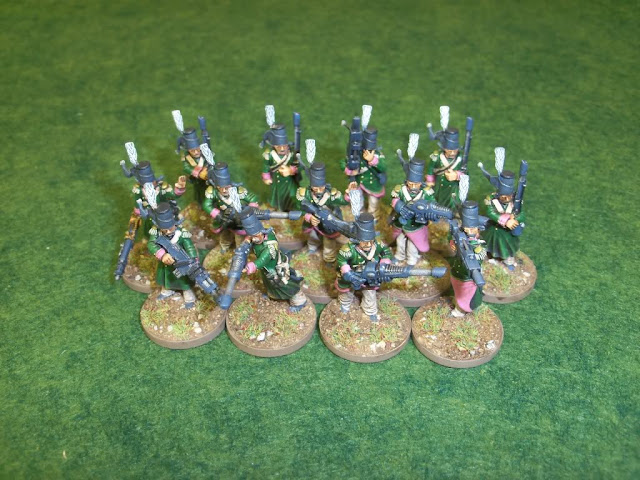 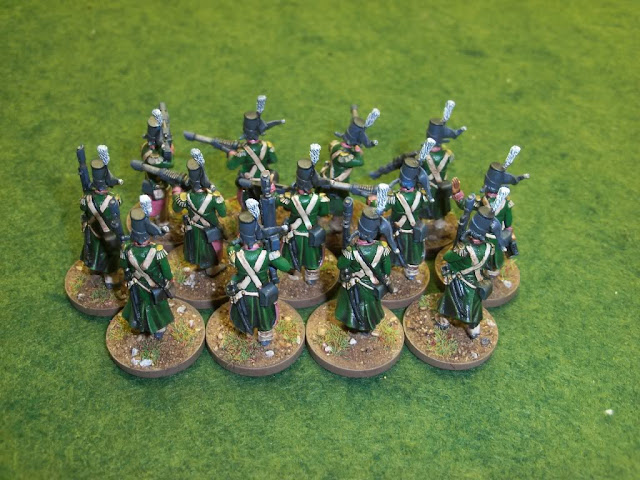 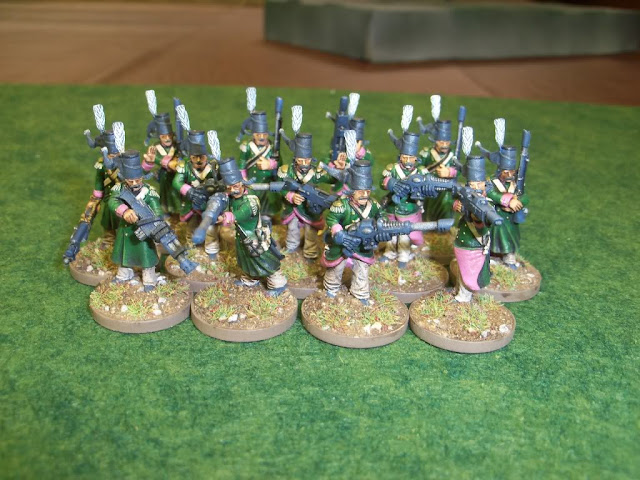