I've painted up my Warhammer Fantasy Temple of Skulls terrain piece. I decided to buy this after seeing one in person. It is much larger than I expected, and should be a useful piece of terrain for Warhammer Fantasy or 40k.

After assembling it, I noticed that the plastic was extremely smooth. Especially on the big skull parts, which I imagined to be carved out of stone. I wanted a bit of a rough texture, so it would look more natural and more ruined. And it would also make it easier to paint just by dry brushing. To add some texture to it, I mixed some watered down glue and some sand and coated pretty much the entire thing with it. I then tried as best I could to remove it from the spikes sticking out of the columns.

In retrospect, this is probably too much texture. It might have worked better to apply some spray glue, and then sprinkle on a much finer grained sand until it had the coverage I wanted. That would have given enough texture to make it not look completely smooth, without being quite as rough as this, and without covering as much of the piece.

For painting, I started with a black primer. Then I just painted most of it a dark grey color, with a dark brown for the parts I wanted to be dirt. Then I drybrushed with a lighter grey, and a lighter dry brush with an even lighter gray. I put a wash over the dirt to try and give it more of a varied brown tone, but I'm not sure that accomplished much. I also touched up the skulls white, and painted some grey rocks amongst the big dirt areas. The spikes in the column were painted with Boltgun Metal drybrushed with Tin Bitz. I finished it up with some static grass in a few places. Overall, a pretty quick job.

Have a look at the pictures, and let me know what you think. I included some previously painted figures on it, to give a sense of scale, and to add a bit of drama to the scene. 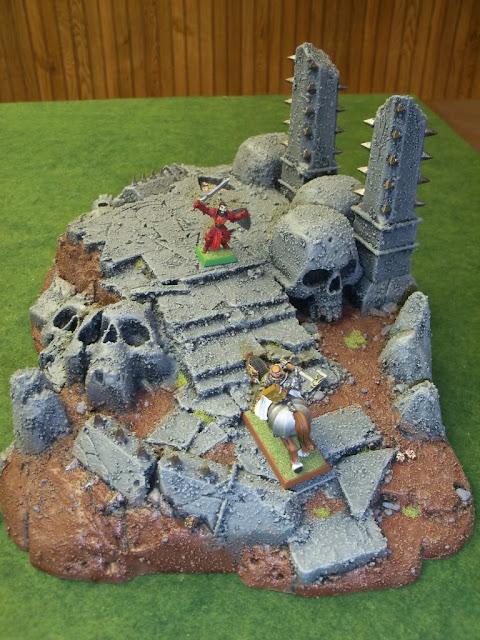 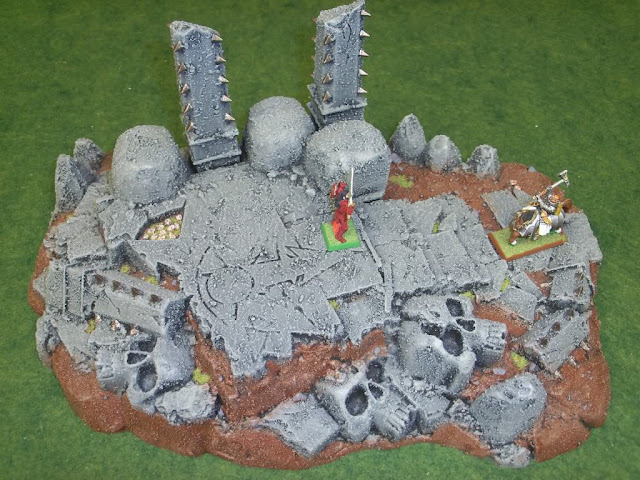 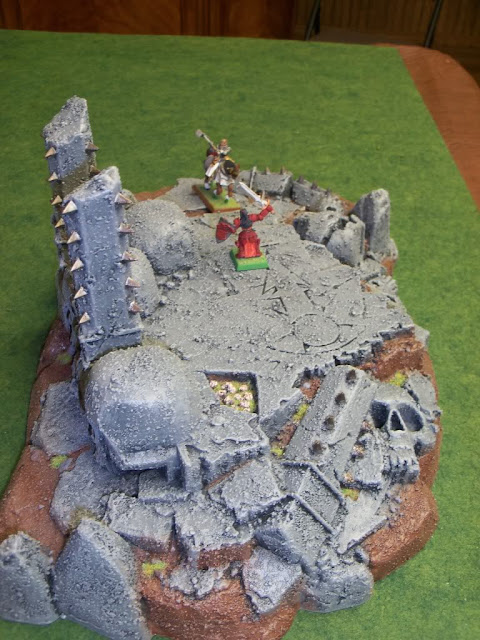 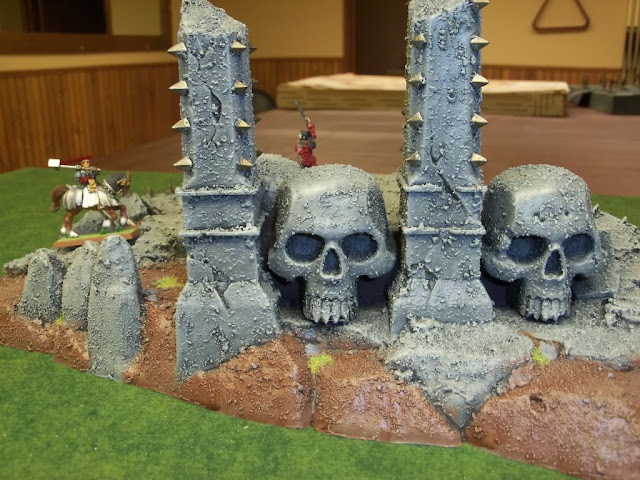