Dionysus, Athena II, Hades, and the newly born green savior Helen head out in search of a (level 1) white lion. Dionysus and Helen each wear a full suit of rawhide armor, while Athena II wears a skull helm. Dionysus carries his twilight sword, Helen is armed with the scrap sword, Athena II carries the butcher's cleaver, and Hades is armed with the king spear and also carries some bandages.

One night while out on the hunt, Dionysus and Athena both experience night terrors, and are affected in different ways. Dionysus becomes traumatized by what he sees (will fall down if adjacent to a monster at the end of his act) while Athena II is henceforth gripped with indecision. Later in their journey, they discover a lion sculpture, the examination of which imparts some additional understanding of the world to them, which results in an increase in their insanity.

Soon after, the group locates the object of their hunt. 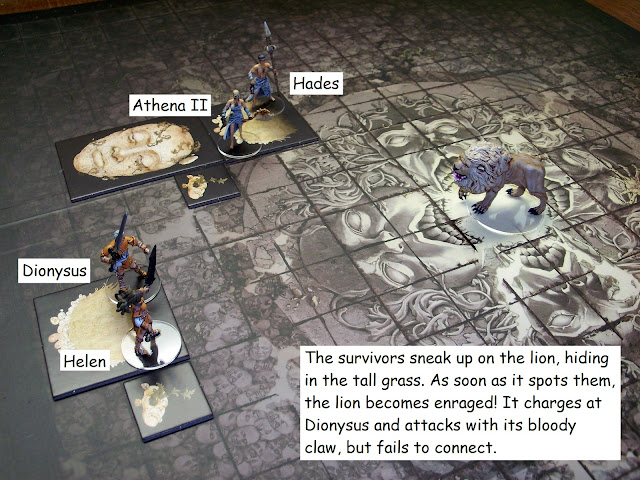 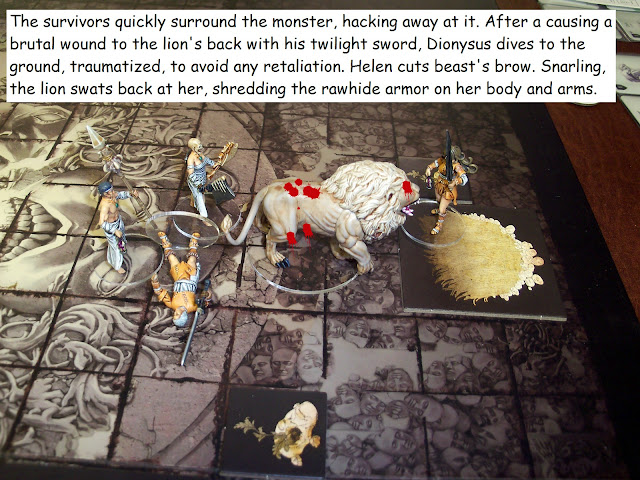 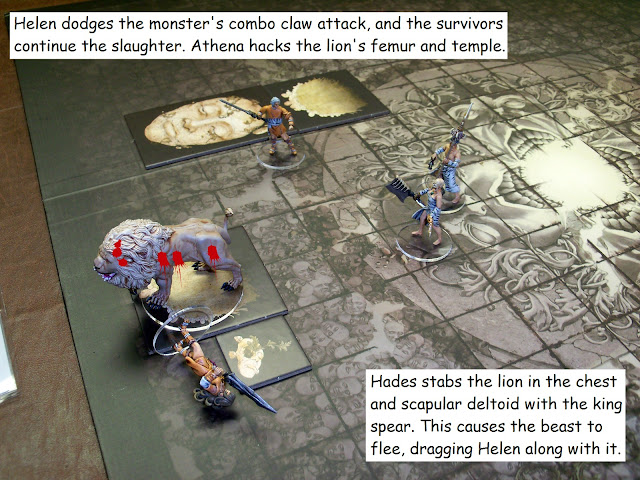 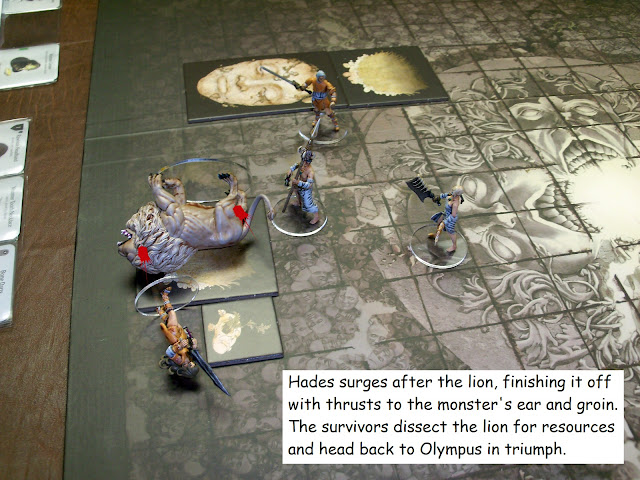 The victorious survivors return, with their spoils, to Olympus, which is once again experiencing a severe heat wave. The heat causes Hades to pass out in exhaustion from the effort of carrying the heavy king spear. He would need some time to recover.

As the returning survivors reach Olympus, and the others come out to welcome them back, they see a phoenix feather slowly float down into the settlement. Hephaestus quickly snatches the feather, proclaiming it the most beautiful and dangerous thing any of them have ever seen. Wanting it all to himself, Hephaestus greedily hides the feather from the others, but they all instinctively know what it represents: a new kind of monster has arrived in their vicinity.

The settlement then endeavors to innovate and creates a shrine to the hunt, which may provide additional fortitude to survivors departing on future hunts. Zeus decides to breathe in some strange fumes that are released by the unrelenting heat and finds that he has gained an Extra Sense (fighting art). Athena II spends some time searching the outskirts of Olympus for scrap. She finds some, and also has her courage bolstered by the long, lonely walks. The survivors decide to craft a Cat Eye Circlet with their spoils, but save their remaining resources for whatever the future may hold.
Posted by Craig Welter at 8:00 AM