Byron and the wight king continue to explore the silver tower for some time without incident. Eventually they encounter a shadowy elf that refers to himself as a tenebrael shard, though Byron doesn't know what that means, and doesn't bother to ask. The shard is searching for a powerful artifact he believes to be nearby, and agrees to explore the area together with Byron and the wight king for their mutual safety. The three champions are searching the twisting passageways of the tower when Byron steps on a flagstone which sinks ominously into the floor.

A terrible noise overwhelms the explorers as the floor falls away beneath them. They fall into a shadowy maelstrom of darkness, disappearing into it's smoky depths. The seemingly infinite void does not, however, consume them, but ejects them into a small chamber. As the dark vortex recedes and the three champions are able to take in their surroundings, it appears to Byron that they have likely stumbled upon another of the gaunt summoner's trials. 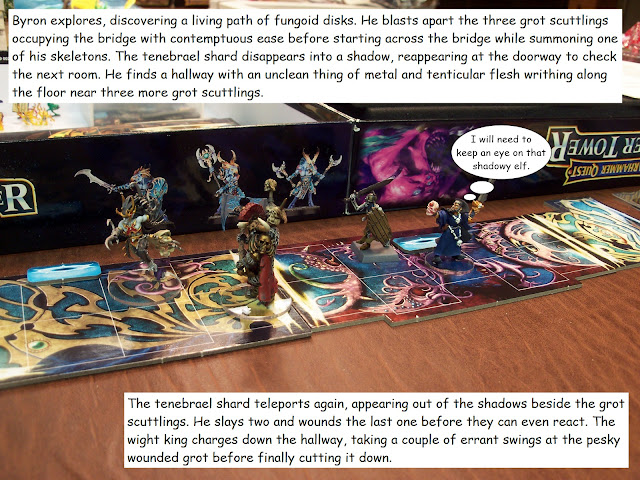 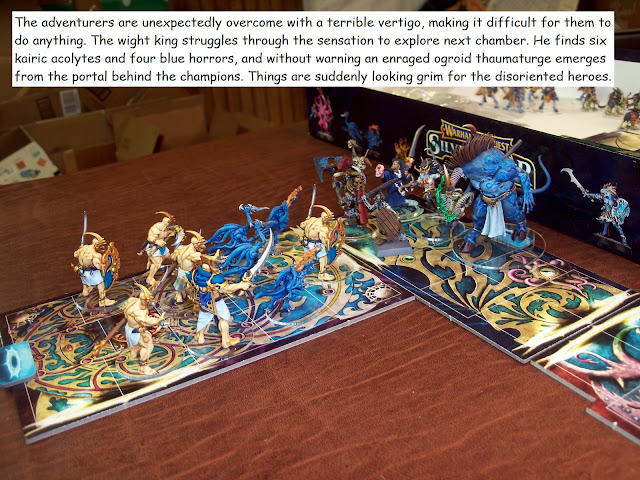 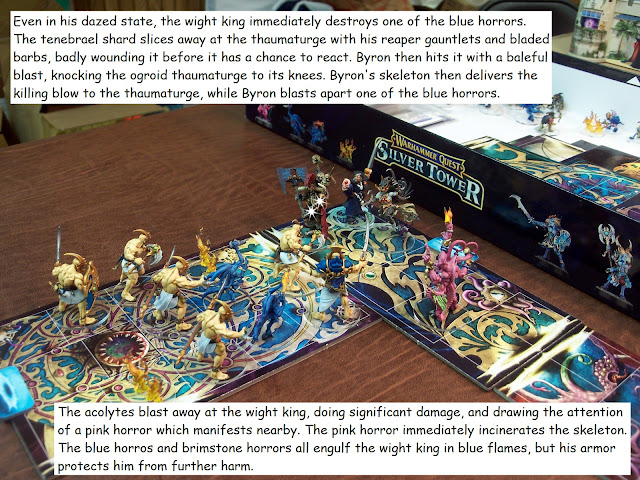 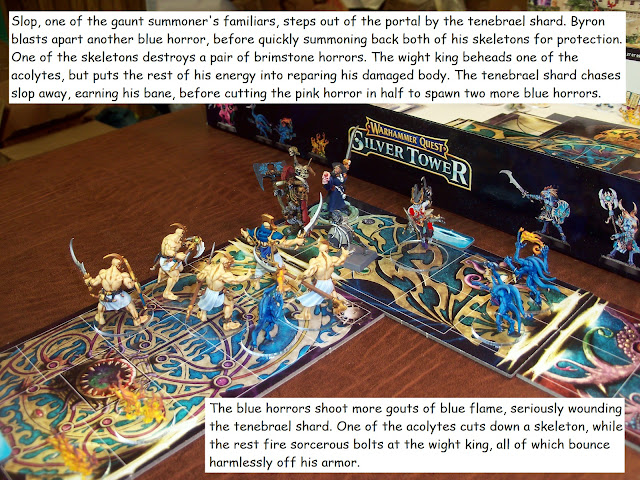 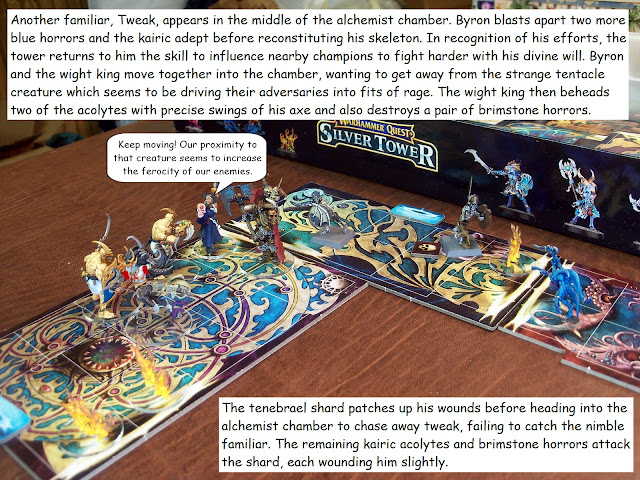 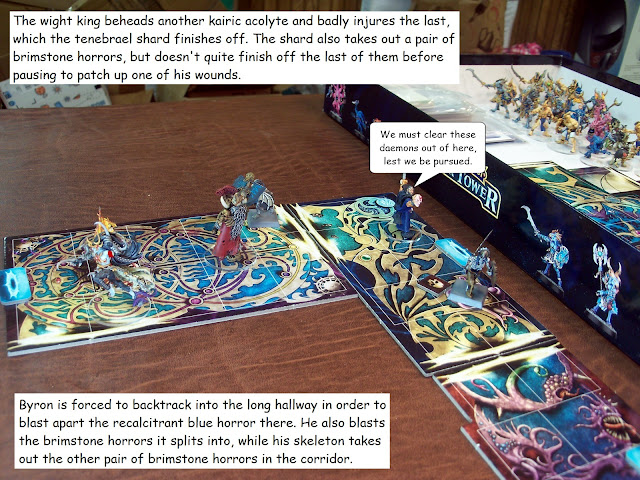 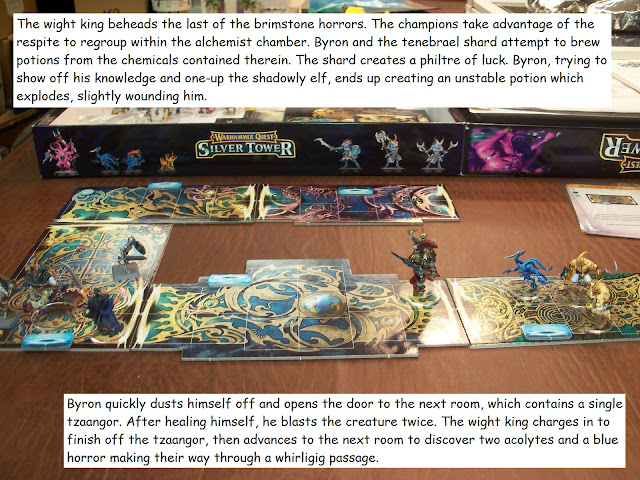 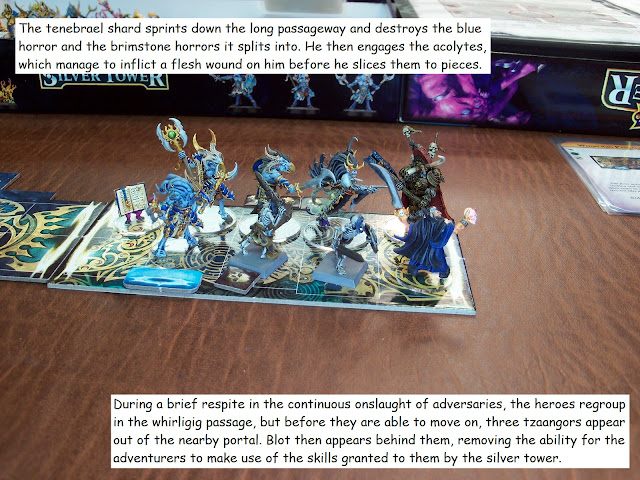 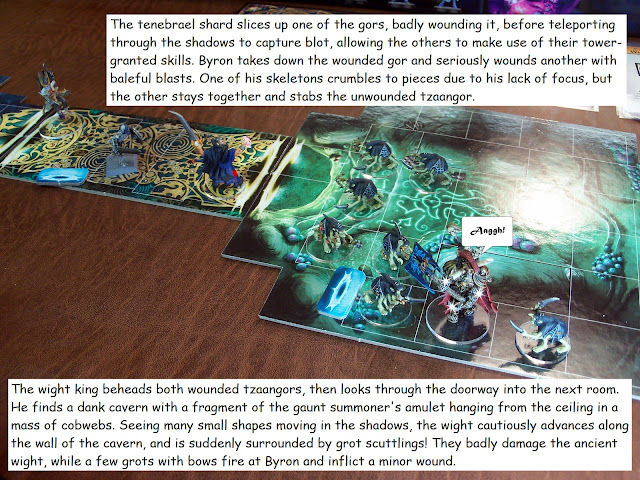 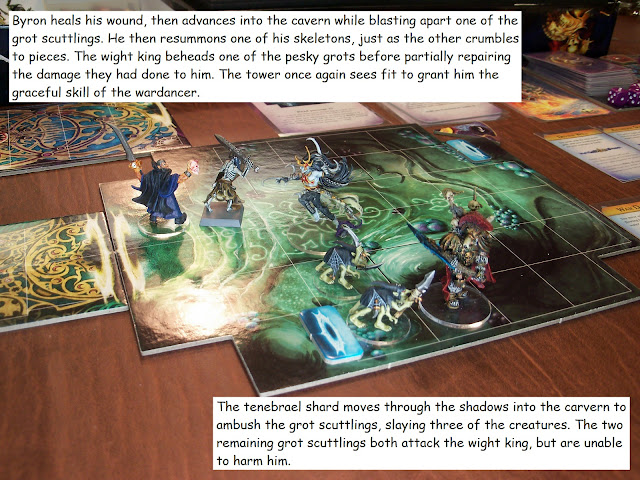 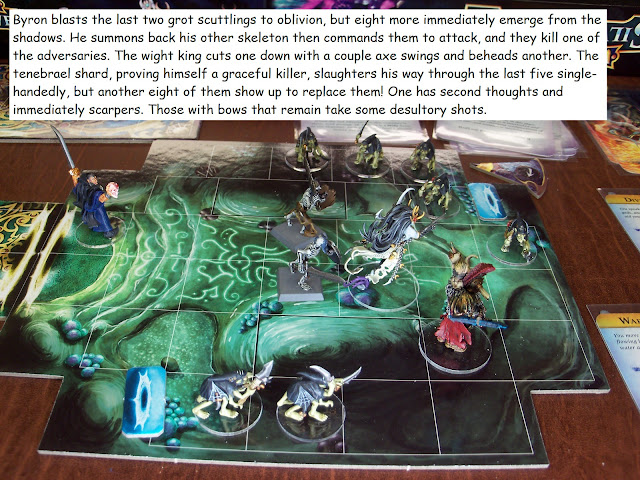 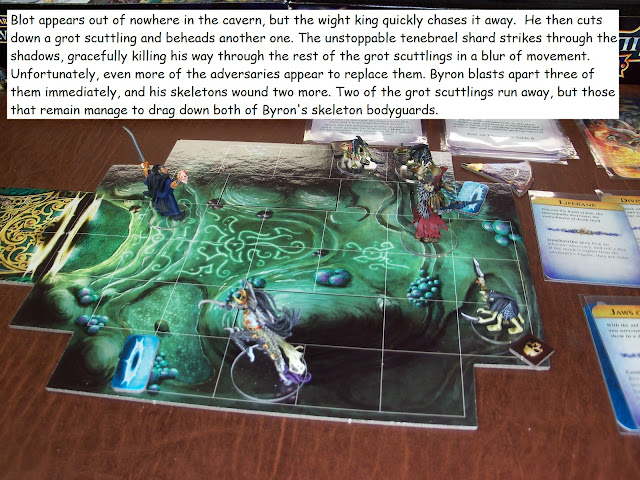 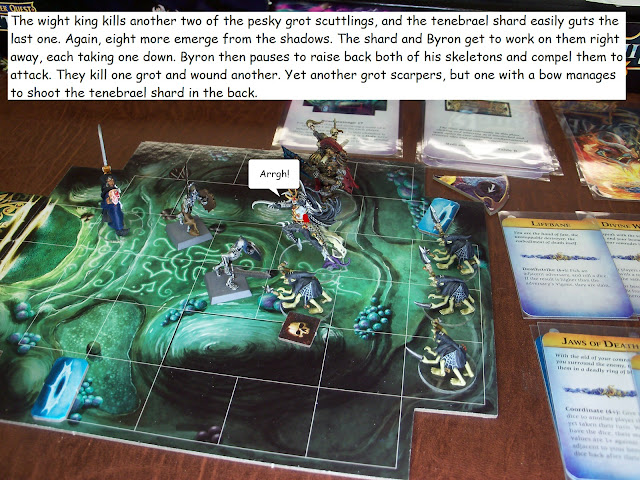 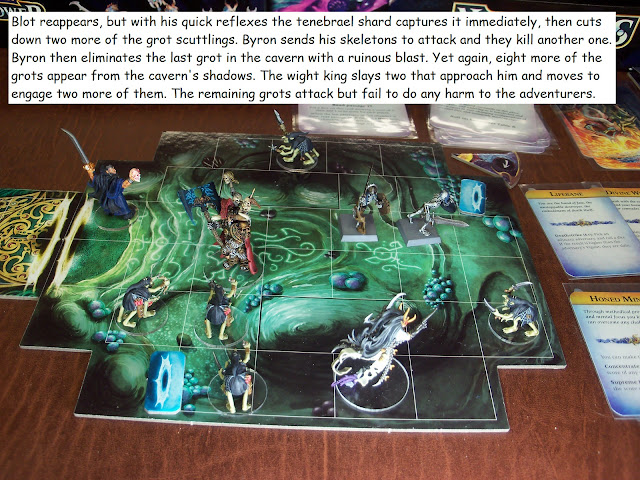 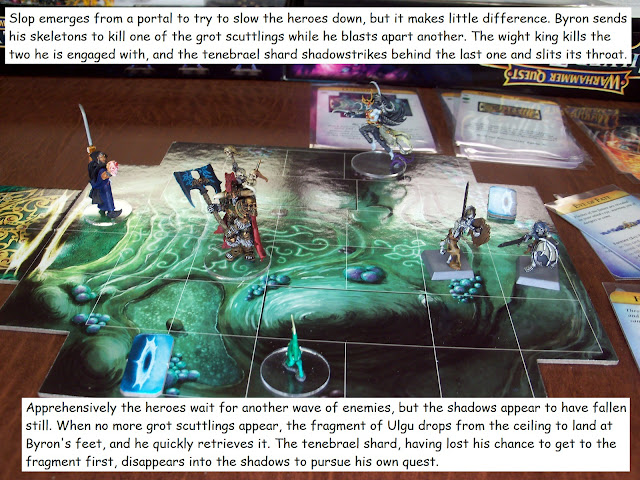 Byron and the wight king now each possess two of the fragments of the gaunt summoner's amulet. They are now halfway to attaining their ultimate goal of assembling the entire amulet and learning the true name of the gaunt summoner, mysterious ruler of the silver tower. Byron is feeling good about his progress, but wonders what impediments the gaunt summoner and the tower itself will place in their path as they get closer to completing the amulet.
Posted by Craig Welter at 8:00 AM