For our Warhammer Fantasy campaign, we decided that if two opposing players weren't fighting any battles specifically as part of the campaign that turn, they could fight a "challenge game". These games would have no impact on the outcome of the campaign, but would be used to add to the story. During the first turn, while the Bretonnian player battled the Beastman player, the Vampire Counts and High Elves players fought a challenge game.

As their main forces advanced through the Grismeire valley, the scouting parties of the Vampire Counts and High Elf forces came into contact near a long abandoned farmhouse in the countryside. Both forces were small, but as it was their first contact with the enemy, both sides were eager to fight, and battle was joined.

The Vampire Counts scouting party was accompanied by Byron Manfred's former master in the Amethyst order, now an insubstantial Wraith. The Wraith and his retinue hovered around the abandoned farmhouse, which seemed to hold a strange attraction for them. The shimmering magical weapons of a unit of Swordmasters banished all of the spectres, but the rest of the Vampire Counts force completely outmaneuvered and utterly crushed the High Elves. It was a massacre, and none of the High Elf scouts would be returning to report on their enemy's movements. 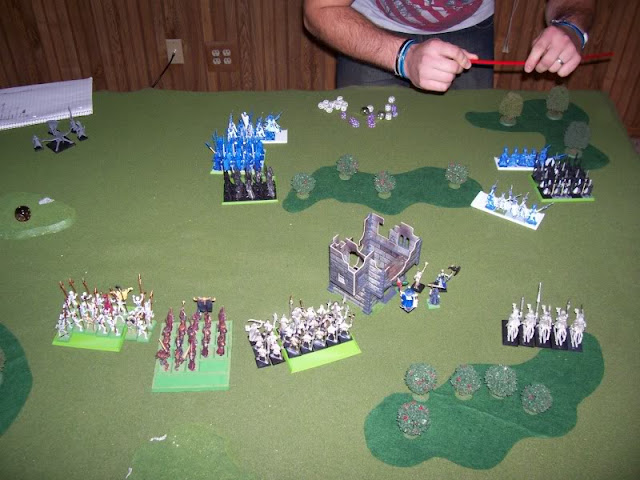 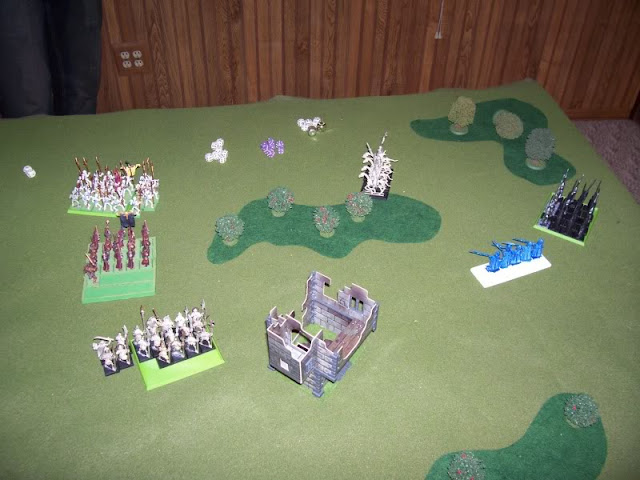 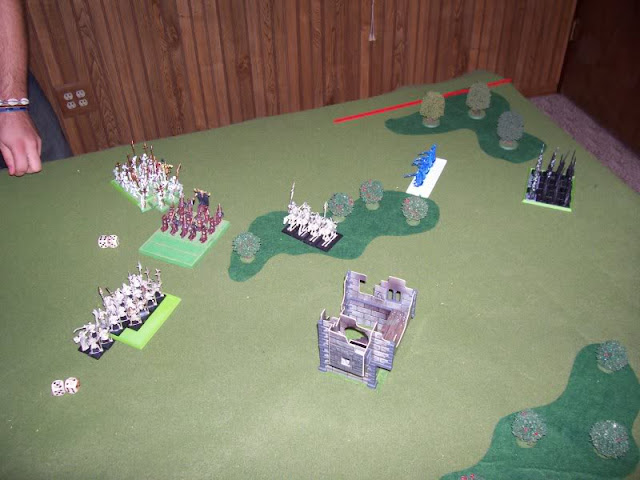