I've finished painting three of the five regiments of the famous Union Iron Brigade from the American Civil War. These three will represent the 2nd, 6th, and 7th Wisconsin Volunteer Infantry Regiments. Here are some pictures of the three completed regiments. 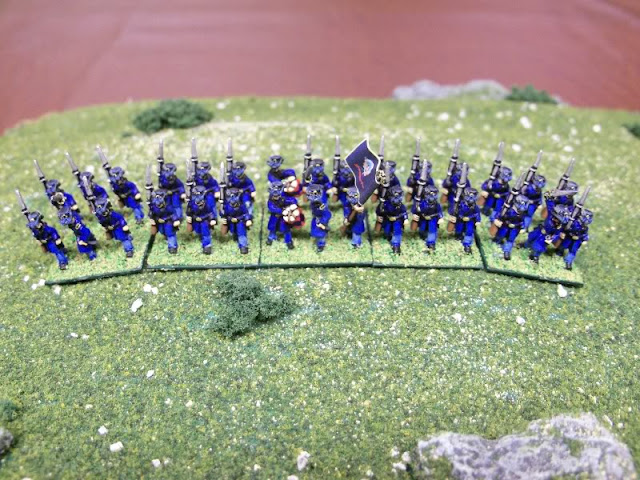 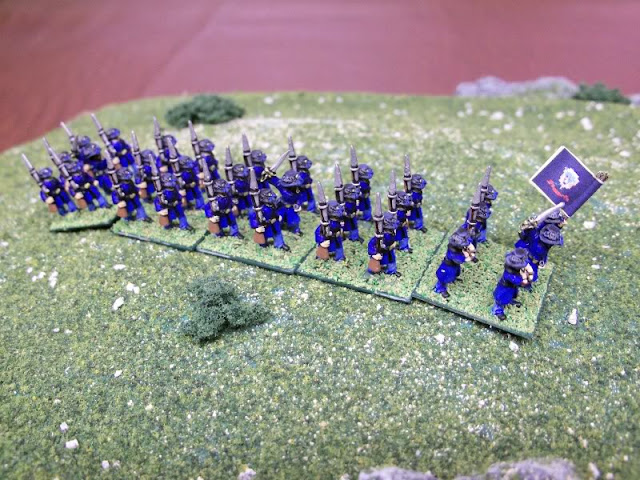 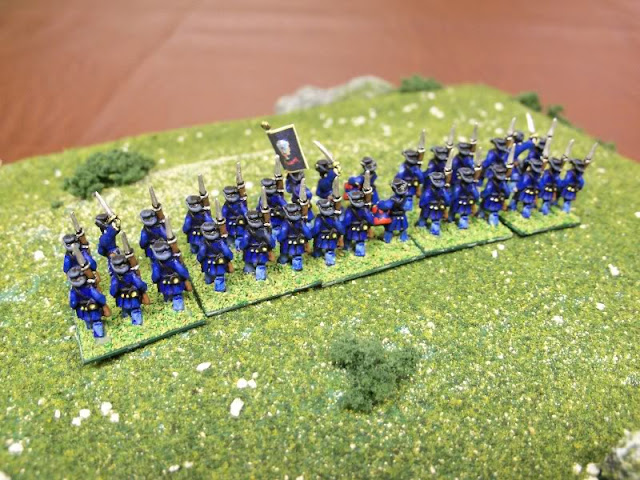 The figures are 10mm and from Perrin Miniatures, instead of from GHQ, which is what all of my other Civil War miniatures are. I bought these a long time ago, before GHQ released their Iron Brigade figures, and I just got around to painting them recently. The Perrin figures are much chunkier than the GHQ ones, and don't have details as fine. Consequently, I didn't do as detailed of a paint job on these as I have for my previous Civil War miniatures, but I think they'll look okay on the table. I also could only fit six figures on each base instead of the usual eight. Hopefully they won't look out of place on the same table with the GHQ figures.
Posted by Craig Welter at 8:00 AM