NOTE: There is now a revised edition of this book which can be found here. This review is of the first edition.

The book is very large, with 384 extra wide pages that include 160 maps. It has a hard cover and comes in a nice slip case. It is a really nice looking and high quality book. Here is a picture of the book outside the case. 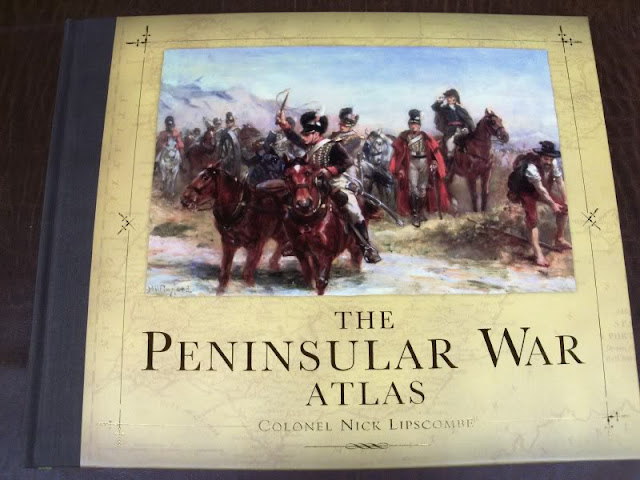 On top of the production value of the book, the contents are really exceptional. It starts off with a brief Foreword by the current Duke of Wellington, followed by a Preface which contains interesting information about the development of military map making and information about early histories of the Peninsular War. It also lays out the purpose of the tome, which in short is to provide a nearly comprehensive set of maps of the military operations of the Peninsular war, supported by explainatory text. An effort has also been made to portray the entire conflict with coverage of Spanish contributions, which are sometimes neglected by English writers, and English/Portuguese contributions, which are sometimes downplayed in Spanish sources. The book also definitely sticks to battles and things that led up to battles, leaving out anything about the war that is not relevant to the military conflict.

There is an Introduction by Charles J. Esdaile, which is somewhat interesting, but is mostly just concerned with explaining why the Peninsular war is important and interesting, and you probably wouldn't have bought the book if you didn't already think so. It also randomly compares the Peninsular War to World War 1 for some reason. Much more useful are the Chronology of Events in the Peninsular War and the Legend to Maps, which I've pictured below. The Chronology is good as an overview to keep the overall timeline of events in perspective. It also lists all of the huge number of battles and engagements that took place, most of which appear to be covered in some detail in the book. 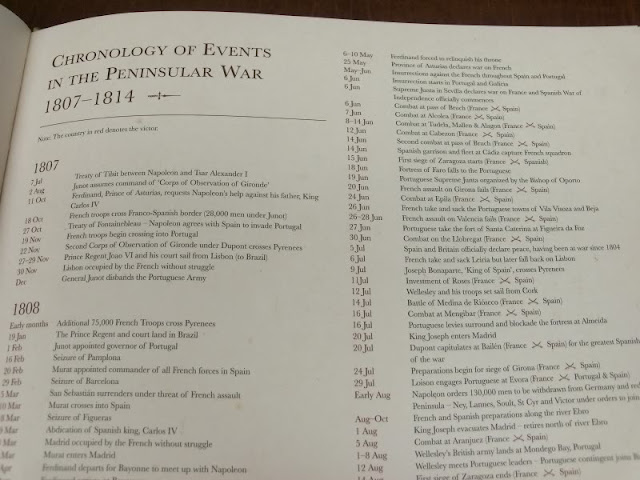 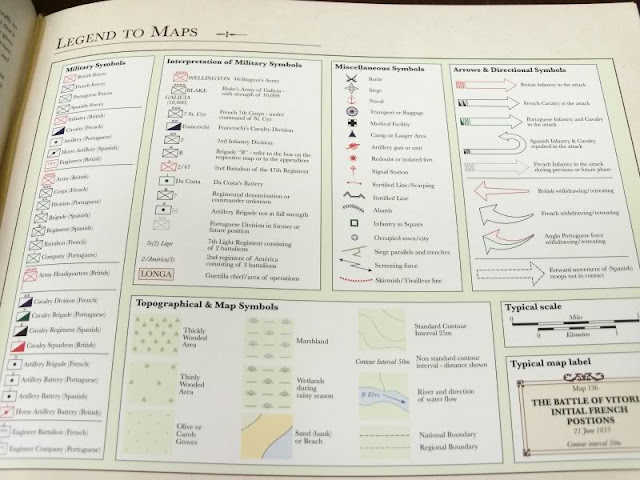 In the back of the book are a bibliography, a glossary, and several appendices listing out strengths and dispositions of various forces at different times. An example of these pages is shown below. 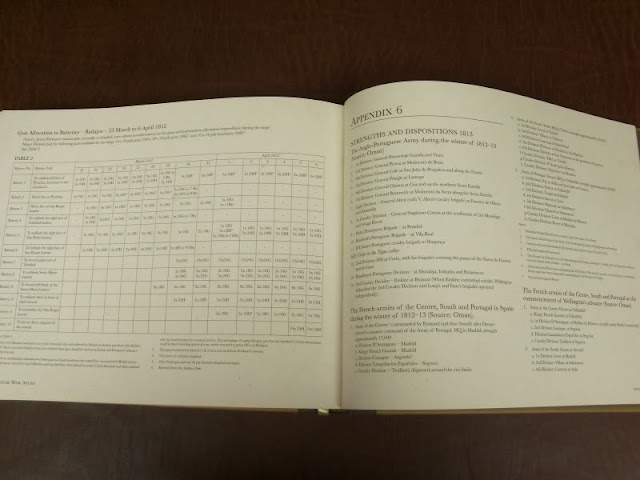 The rest of the book follows a consistent format: a map on the right side with descriptive text on the left, starting at the very beginning of the conflict and continuing to the very end. The maps cover different scales, from showing the whole peninsula with strategic movements of armies, down to tactical maps showing locations and movements of individual battalions and batteries. There are even some 3D contour maps of some battles. Here are sample pictures of two of the maps at different scales. 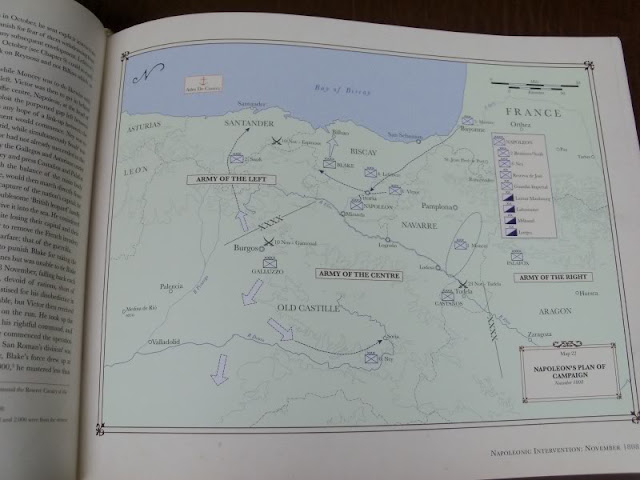 The maps are very clear, though the blue color they use for the French and the black for the Spanish are sometimes hard to distinguish at a glance. The accompanying text is very clear and concise, and between the text and the maps it is very easy to understand how the battles unfolded or how the strategic movements were playing out. It is full of great information and is really fascinating for anyone interested in the Peninsular War.

The book is also very useful from a wargaming perspective. If you wish to play one of these particular battles on the tabletop, it is a perfect reference for doing so, and there must be something like a hundred of them to choose from. It's got maps for you to follow and orders of battle for the forces taking part, and even text explaining how the battle played out and what contributed to the outcome. Even if you aren't playing a specific battle, it gives a great impression of the kinds of situations that came up in battle, typical formations and organizations of units that might face each other, and the ways terrain played a part in deployments. It will give you plenty of ideas for battles to fight with all different sizes of forces.

In short, it's a great book that I would highly recommend for anyone interested in the subject or who does any gaming in this period. The retail price is $75, but as usual it can be had for a lot less from amazon.com. If you are even remotely interested, I'd encourage you to check out the page on Amazon, because they have a video that shows more of the book, including the slip case and a lot more pages than I've shown. There are also several customer reviews on there that are very positive. It's definitely worth a look.

There revised edition can be found on Amazon here.
Posted by Craig Welter at 8:00 AM