Deep below Middenheim there is a maze of tunnels inhabited by all manner of evil creatures. No-one ventures into this dark realm, and the entrances in the city have been sealed for centuries. Now, however, an evil presence has been detected by the priests of Ulric, the holy leaders of the city.

The source of this malign power is growing, and resides somewhere in the ancient catacombs below the city. The priests suspect it may be the spirit of a long dead Necromancer, returned to wreak havoc once again on the inhabitants of Middenheim. Like moths to a candle, other malign and twisted creatures are being drawn to the tunnels below Middenheim by this evil presence.

Carrying holy artifacts from the temples of the city, the Warriors must descend into the catacombs to exorcise the evil before its power grows too strong to contain. 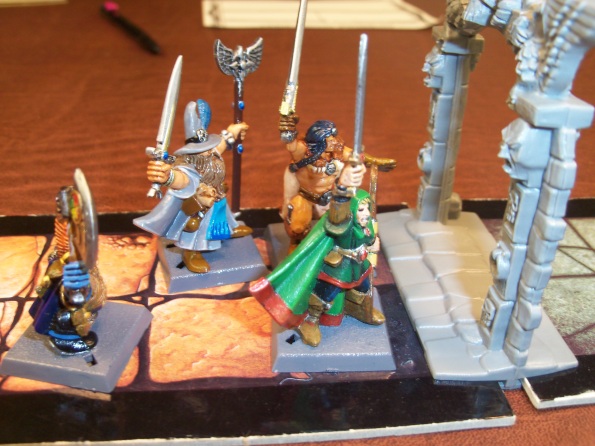 A very stereotypical band of adventurers, containing a Barbarian, an Elf, a Wizard, and a Dwarf, have set out to destroy the Necromancer. Each warrior has been given a holy symbol of Ulric to take into the dungeon below Middenheim. These artifacts must be placed on top of the Necromancer's tomb in order to lay him to rest. 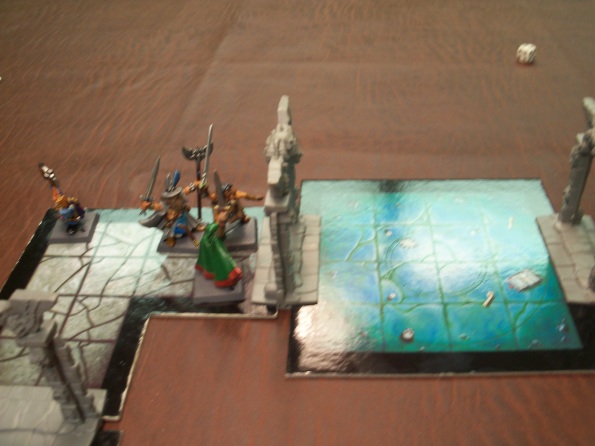 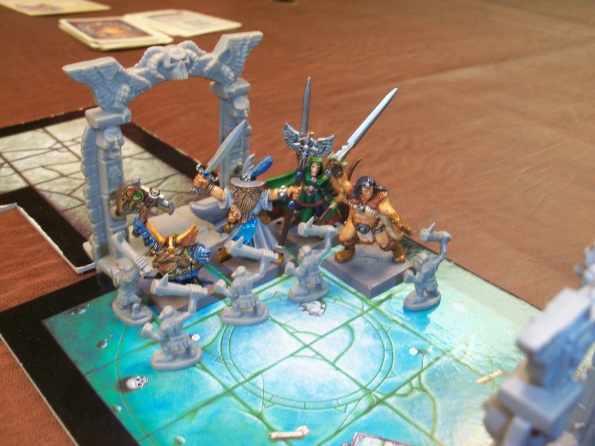 Once inside the larger room, they are ambushed by a group of five rather optimistic snotlings. The warriors dispatch them quickly and without difficulty. 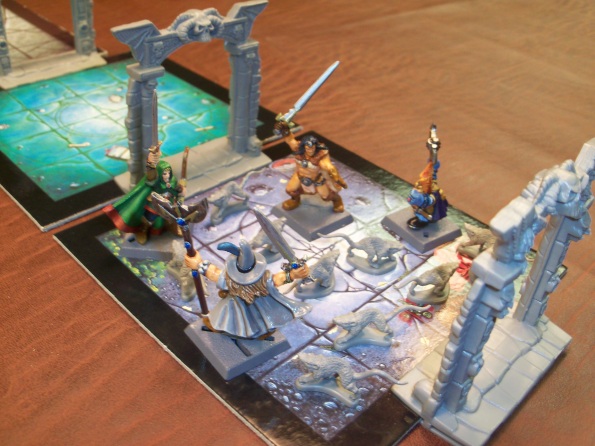 In the very next room, a frenzied pack of giant rats sprung out of the darkness at the heroes. The suicidal attacks of the beasts make them easy to defeat, but their ferocity allows them to cause severe wounds to the Barbarian and Dwarf. 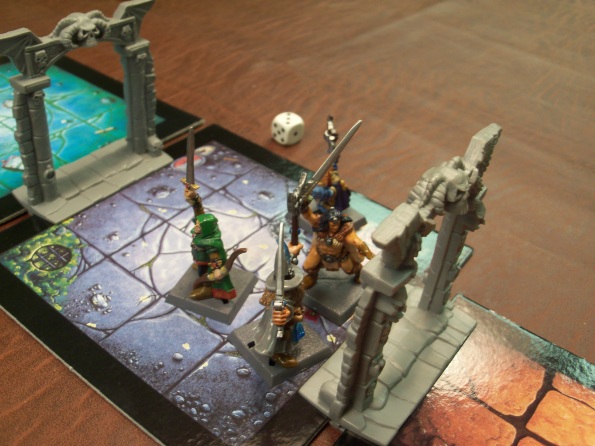 The Elf proudly holds aloft the Sword of Slicing he has found in the sludge pit in the corner. 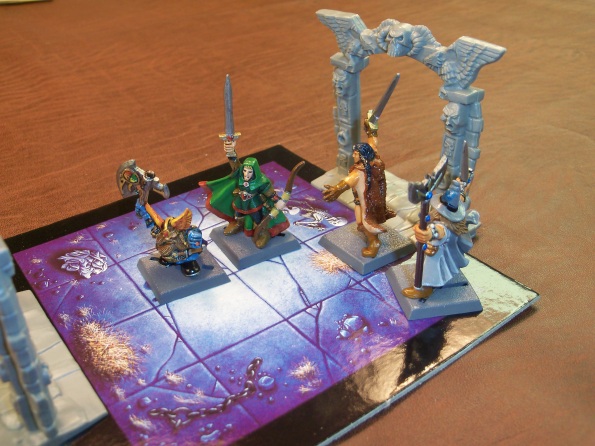 The warriors pass through another corridor without incident. They reach another large room, where they defeat a band of nine skaven so quickly there wasn't even time for a photograph. 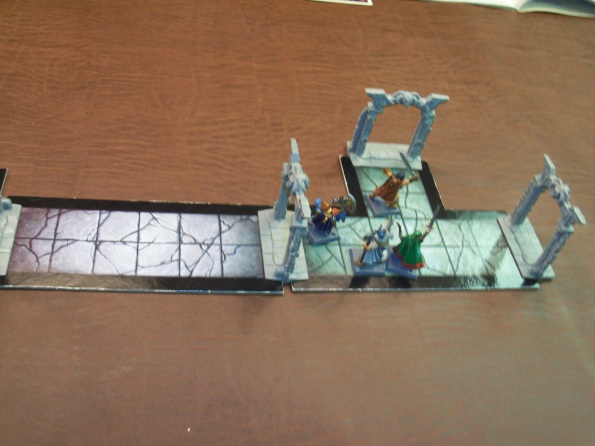 After another passageway, and still no unexpected events to deal with, the band of adventurers come to a junction. 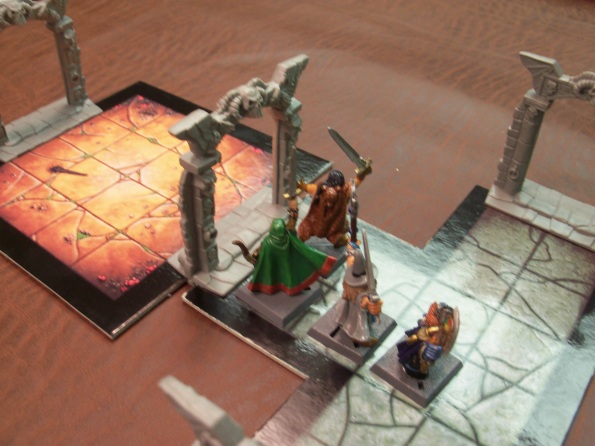 Looking through the doorway on the left, they see an open room that looks like a nice place for a few monsters to call home. The Wizard suggest they peer through the other doorway before choosing their path. 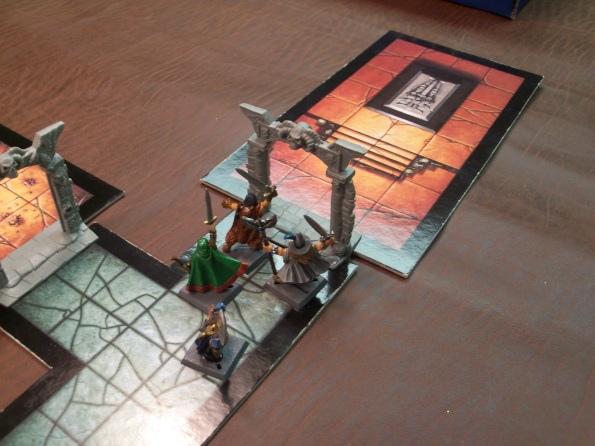 Straight ahead they find the Necromancer's tomb chamber, the goal of their quest! 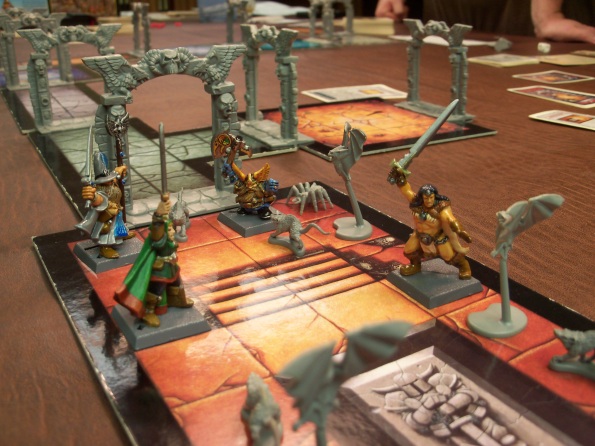 Upon entering the Necromancer's tomb chamber, they are set upon by several swarms of native beasts: half a dozen each of giant spiders, giant bats, and giant rats. 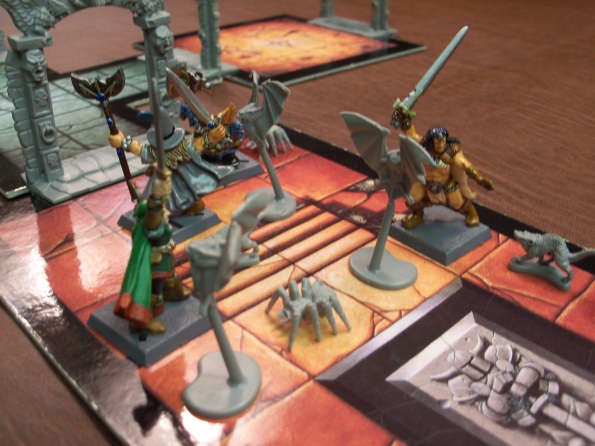 Our heroes set about slicing through their enemies, but the confined spaces created by the tomb make it difficult to get many with a single stroke. The Barbarian is caught off guard by the ferocity of another giant rat, and only the Elf's healing potion is able to save him from a grisly death. 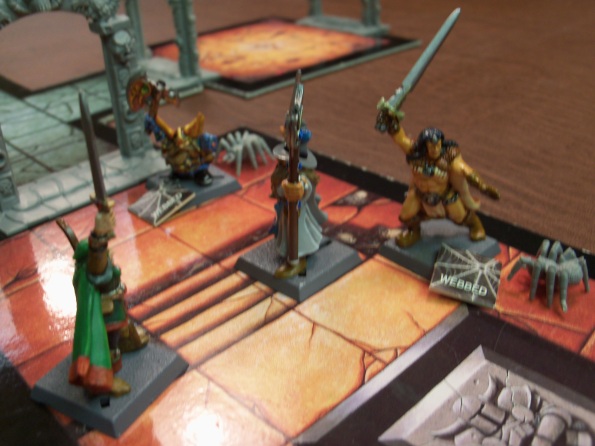 The hapless Dwarf fails to kill any of the critters around him. In his frustration, he manages to comically trip over his own beard and become wrapped up in the webs of a giant spider. The other adventurers come to his rescue, and the last of the monsters are defeated. 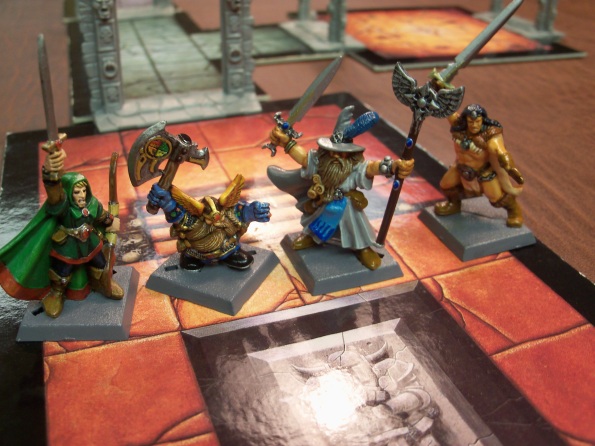 With the room cleared of enemies, the warriors carefully approach the tomb, nervously grasping the holy symbols of Ulric they have been given. On a signal from the Barbarian, they all reach for the tomb to set their holy symbols upon it. However, the tomb proves to be just tall enough to make it difficult for the Dwarf to reach the top, and as he stretches up on his tip toes in an effort to reach, the Necromancer stirs in his tomb... 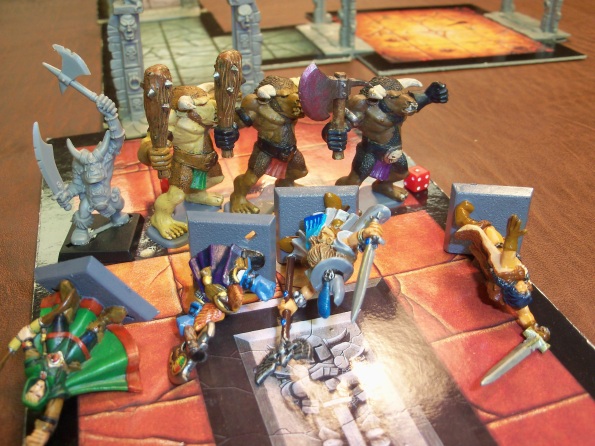 ...and summons to his aid a massive Minotaur, which is immediately followed by three more of the raging beasts! The warriors fight bravely, but stand no chance against such an onslaught. The Minotaurs butcher them immediately, each warrior the recipient of two powerful blows from axe or club. The defenders of the Necromancer's tomb have proven too powerful for this group of warriors, and yet another party of adventurers has met their grisly and ignoble end in the catacombs beneath the Old World.
Posted by Craig Welter at 3:01 PM