You can see part 1 of this adventure here.

Our snobby adventurers have been searching an ancient temple for a dragon statue that is said to contain a bound daemon of chaos. After searching part of the temple, they decided to leave and make camp. After resting and recovering, they have returned to search the rest of the temple for the possessed statue. They each carry a magical sword, which will hopefully be able to destroy the daemon once they have found it. Once again, they enter the temple through the sewers. 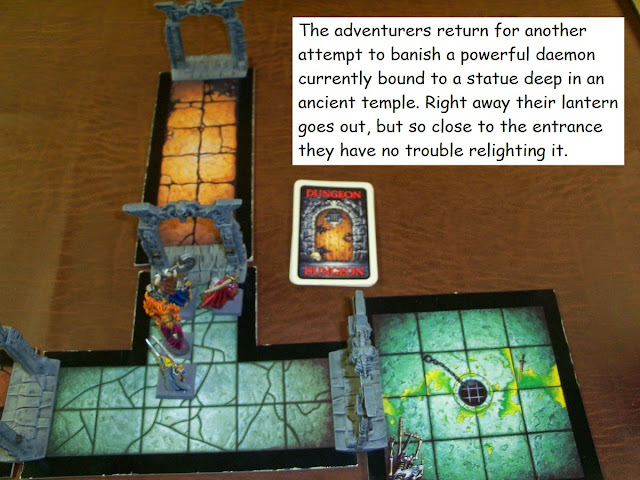 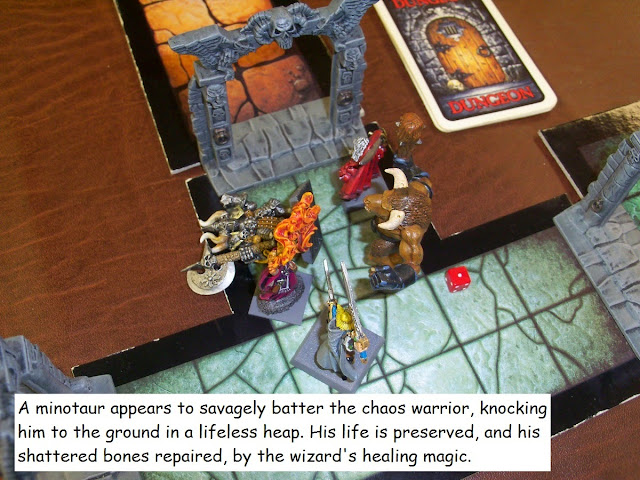 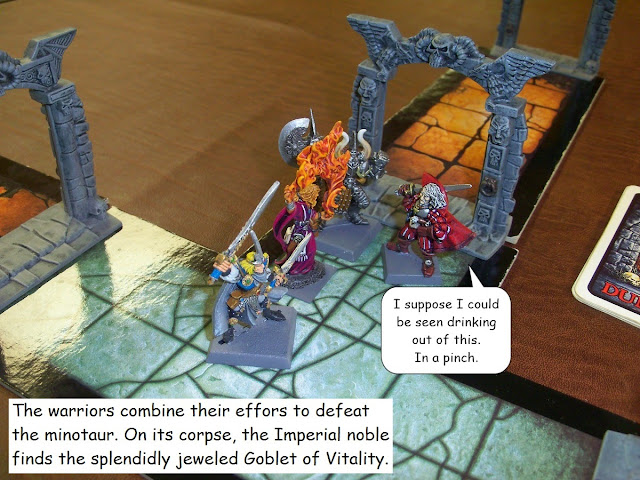 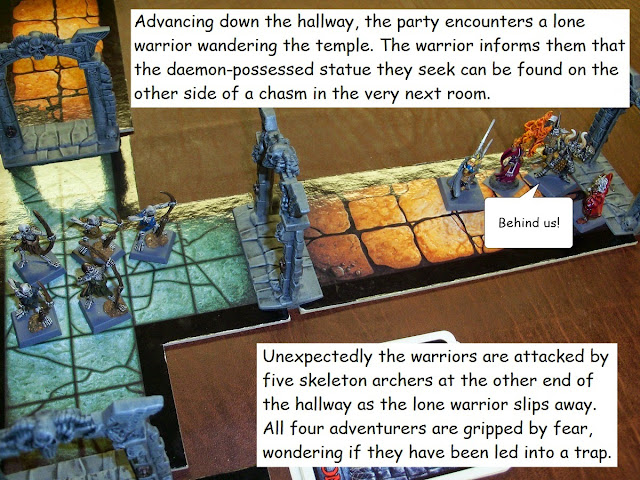 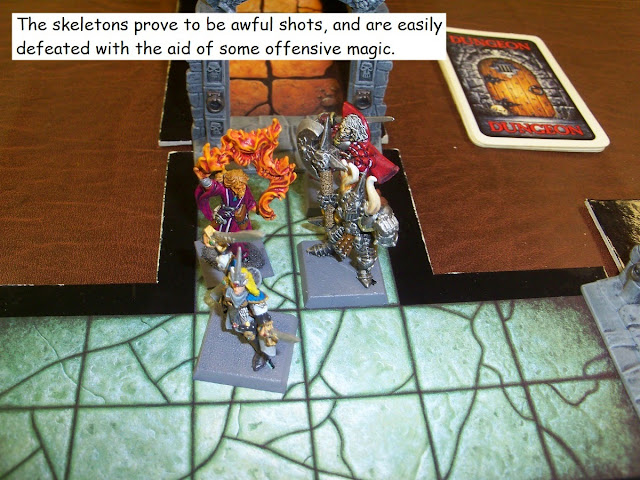 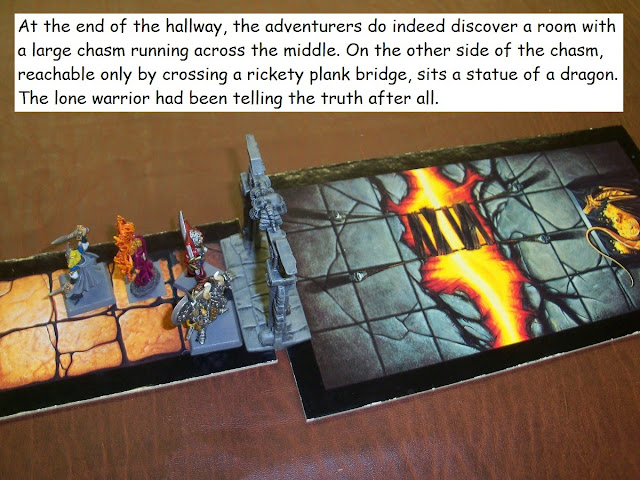 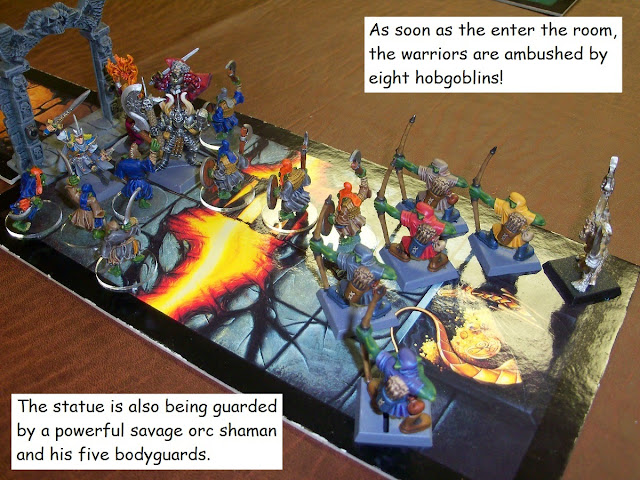 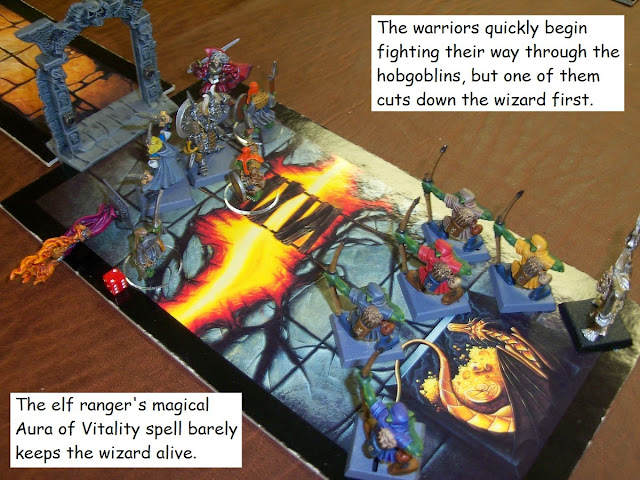 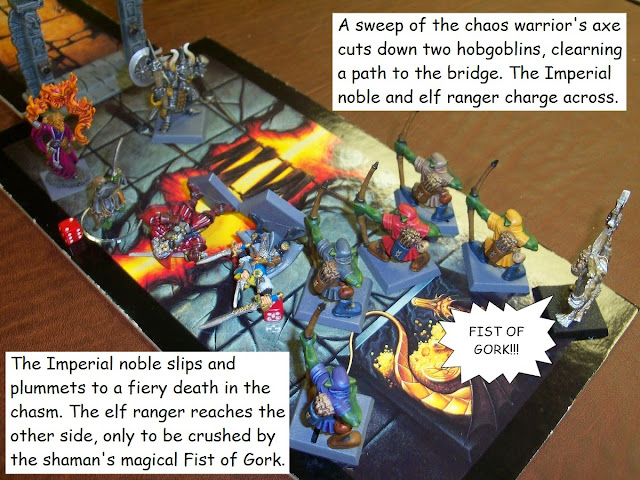 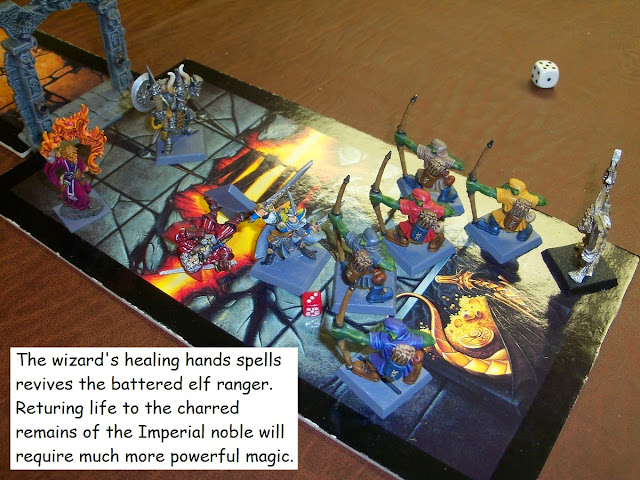 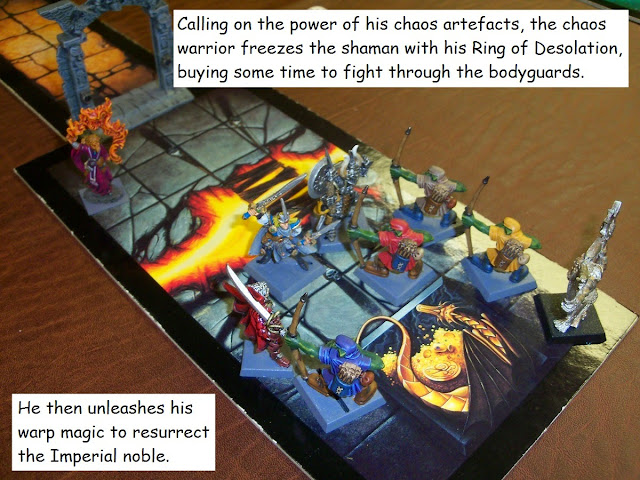 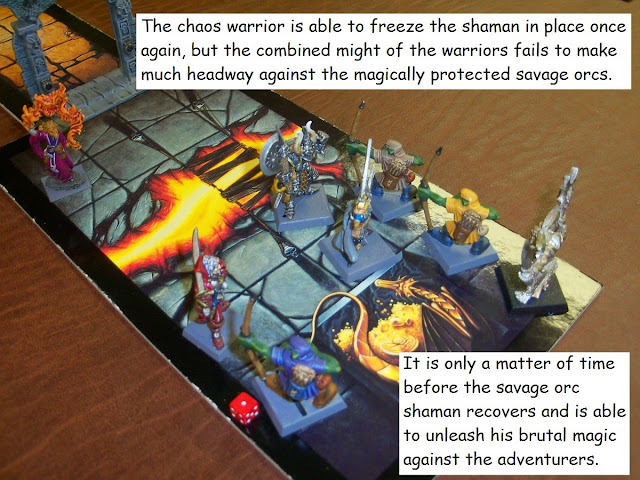 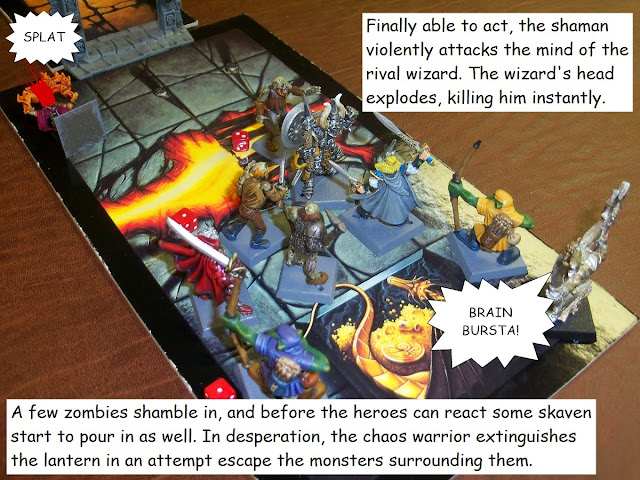 The Chaos Warrior makes his way out of the temple in the darkness, losing 3/4 of his gold in the process. The elf ranger likewise finds his way out, but also loses 3/4 of his gold plus some of his treasure. The Imperial noble is less fortunate. In the darkness, he trips on his way out of the room with the dragon statue, and is immediately surrounded by skaven and mercilessly killed, then eaten by zombies. He is then magically resurrected, outside the temple, by the power of the Soul Stone he had taken off a defeated dark elf. This was his second trip to the afterlife and back in about as many minutes.

The adventurers make their way to the nearest town. On the way, the Imperial noble loses his Icon of Agility during a storm. Having lost most of their gold, they can do little more than buy some provisions to prepare for their next adventure. The noble does manage to buy some nice gem-encrusted bracelets at Luigi and Salvatore's. The three of them then set out to find a replacement for their fallen wizard, as they have discovered just how difficult it is to survive a dungeon without the benefit of healing magic.
Posted by Craig Welter at 8:00 AM