The Emperor’s Wizards tell him that the mystical signs warn of an imminent invasion, but they can see no further than this, as dark powers cloud their vision. They have no idea if the assault will come from the Chaos Wastes of the far North, from the Orcs of the Dark Lands to the East, or from some other unsuspected quarter.

The most aged Wizard Lord of the Celestial college suggests that the answer lies in a magical pool - the Fountain of Fate which holds the secrets of all things. While the Empire prepares all its borders for war, a party of four brave Warriors is gathered to search for the fountain, reputed to be found somewhere below the Middle Mountains.

The party has already previously discovered a Fountain of Fate, which revealed to them the source of an invasion which, by the time they returned with the information, was already underway. But the Empire is continually under the threat of invasion, and the party has been asked to locate another, very similar, fountain, which will hopefully reveal the source of yet another imminent invasion of the Empire. Having recruited a new replacement wizard, the party enters a dungeon rumored to contain another magical fountain. 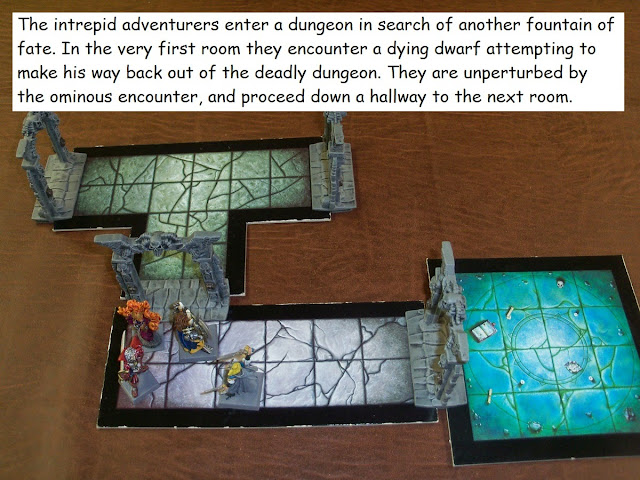 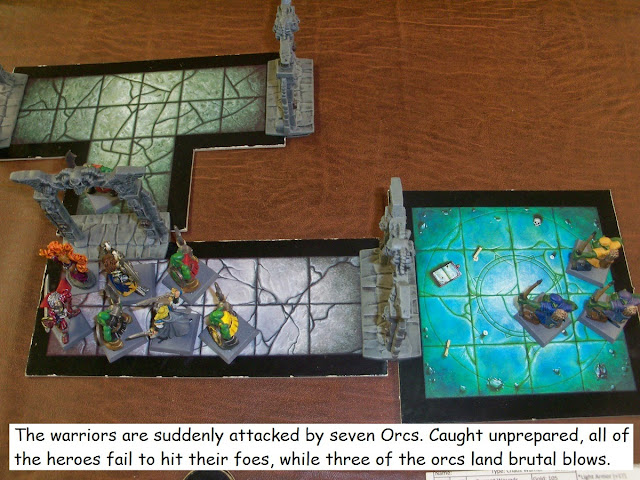 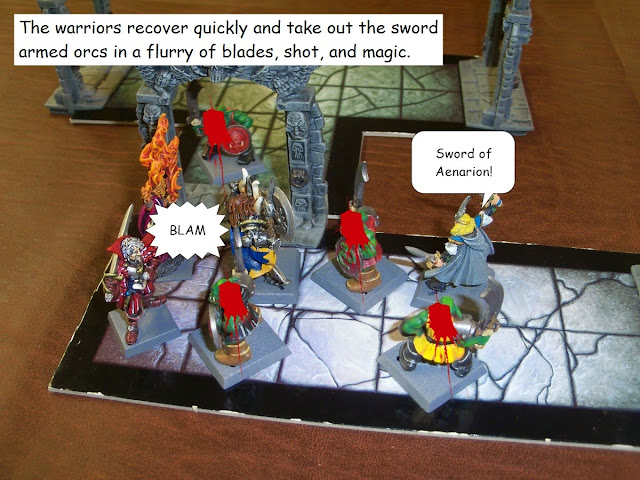 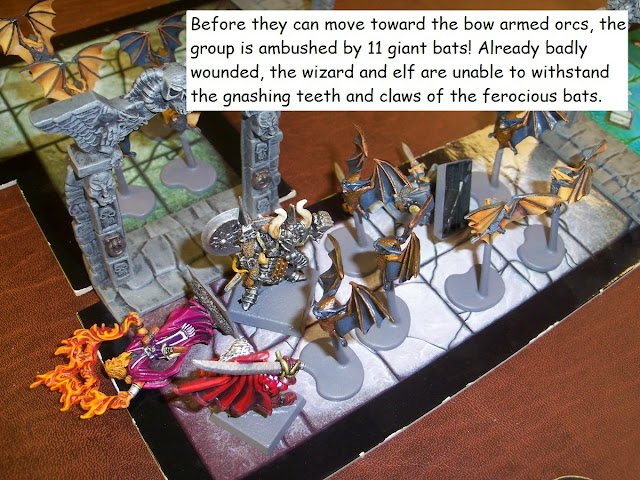 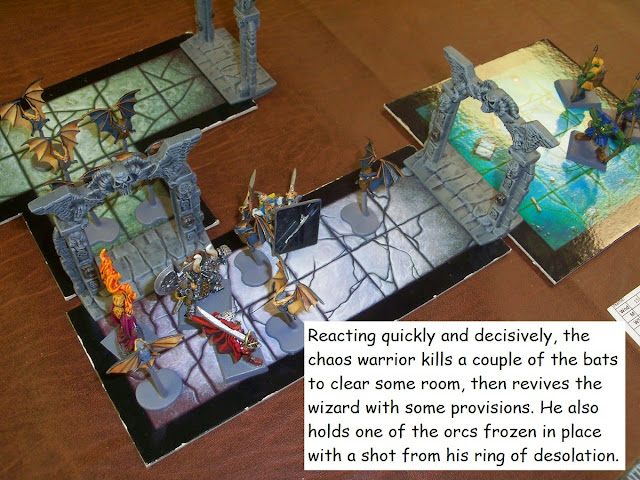 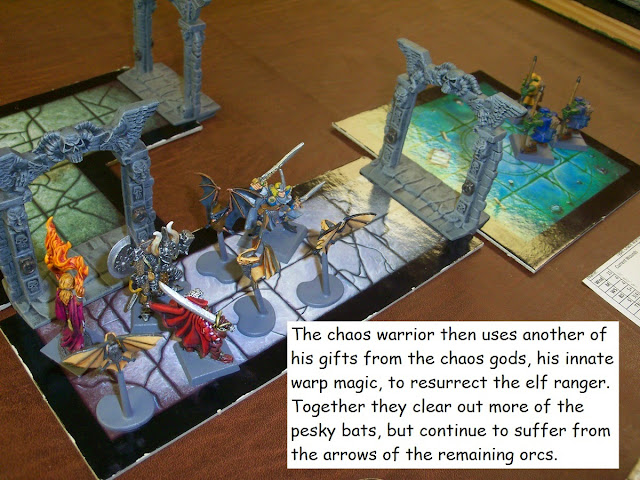 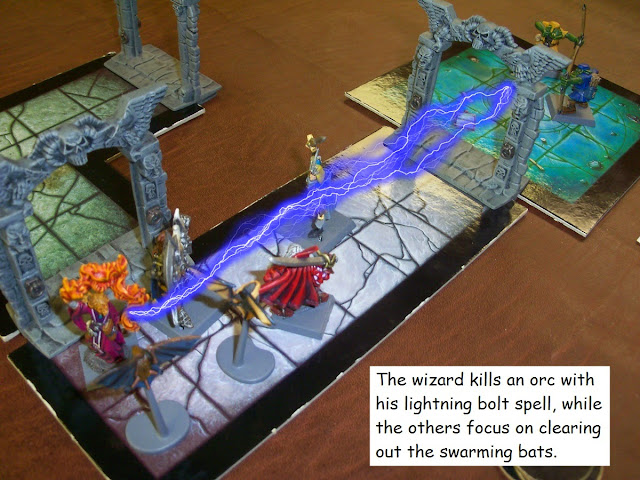 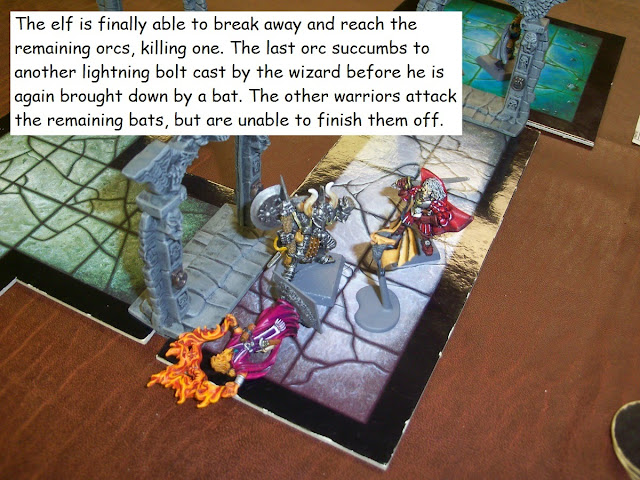 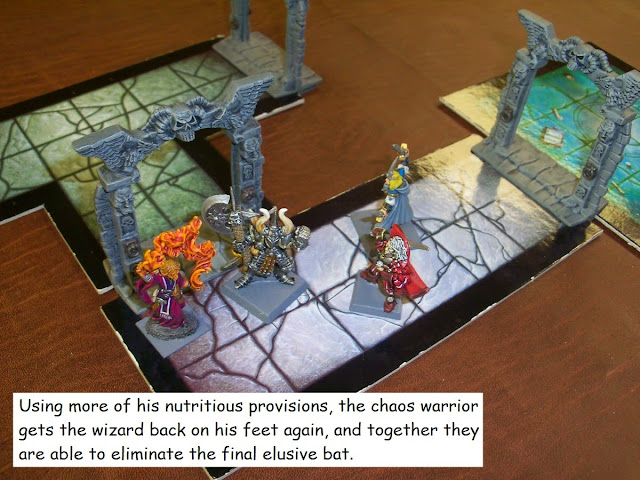 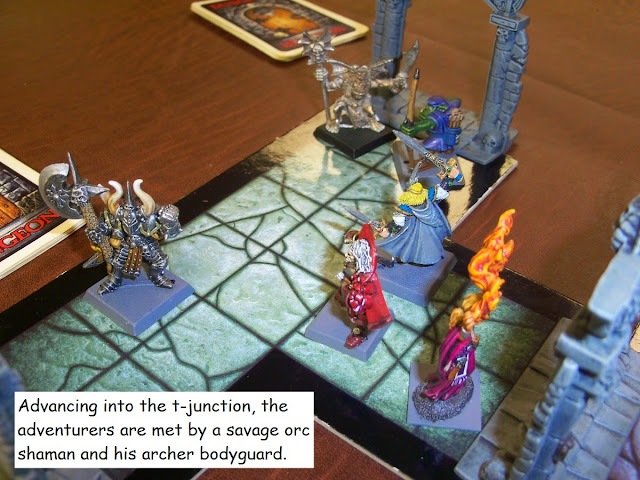 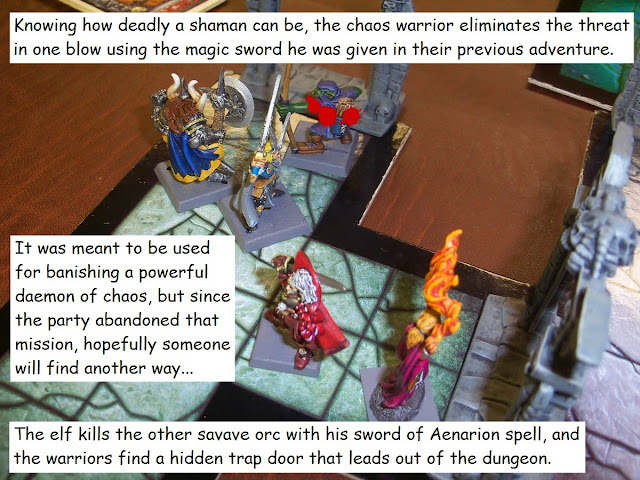 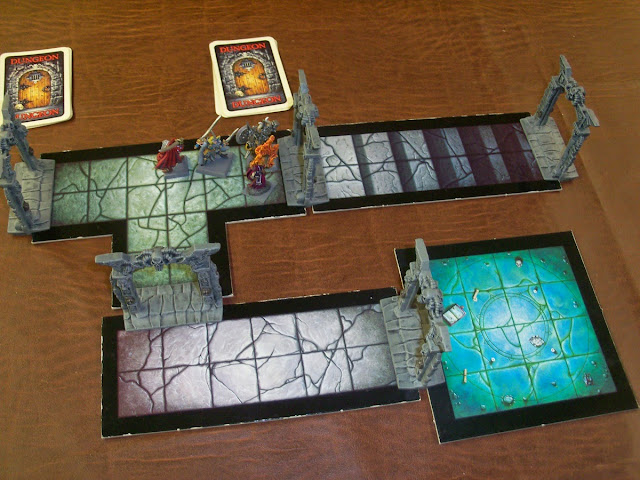 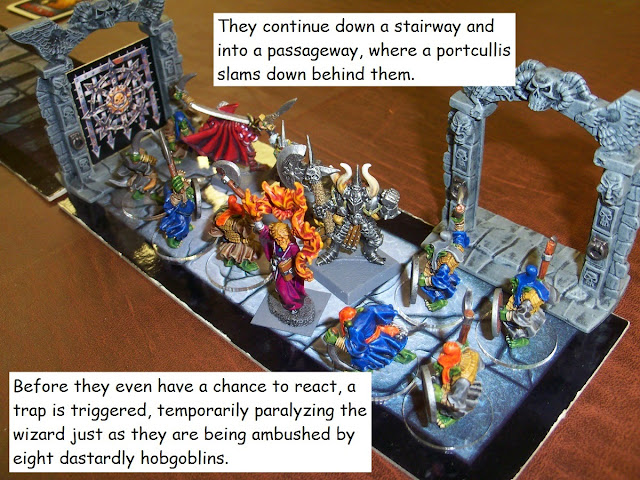 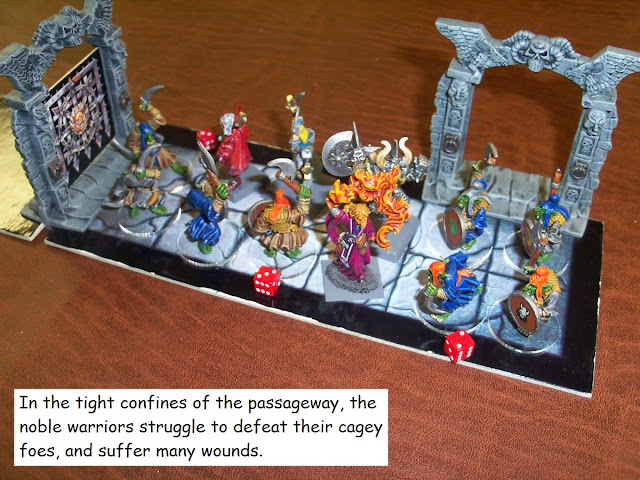 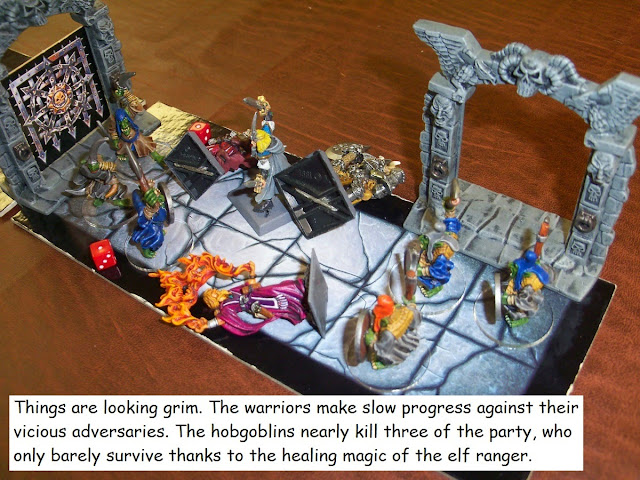 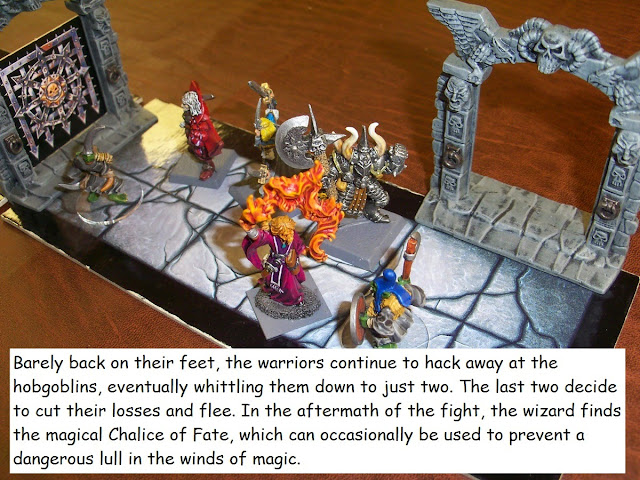 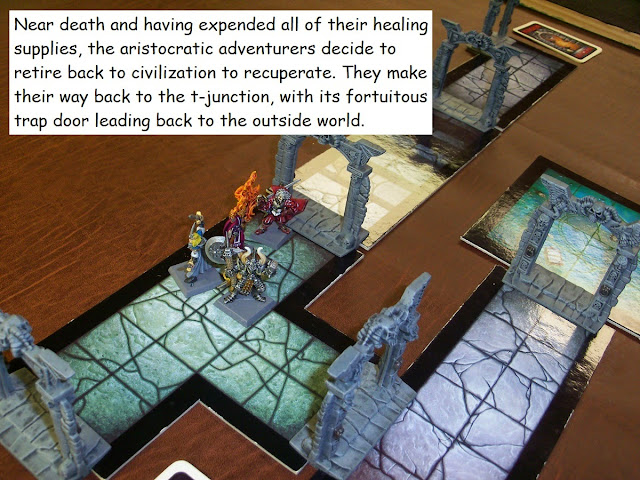 On their way back to town, the warriors get completely lost. They continue on their way, ending up at a town infected with the plague. The elf ranger catches the virulent disease, which will continue to sap his strength through the next adventure. The wizard risks the plague to visit the wizard's guild, but discovers he can't afford a consultation anyway. Having accomplished nothing, but not wishing to continue risking exposure to the plague, the warriors return to the dungeon to continue their search for the fountain.
Posted by Craig Welter at 8:00 AM