I've completed my first converted customized character for my Warhammer Quest parties. I had always intended to get specific miniatues for the characters in these Warhammer Quest parties once I had been using them for a while, and had a good idea what equipment they would be using and what their personalities would be like. I hadn't thought much about specifics, since I had been focusing on getting more of the monsters painted up. Then, I placed an order with Reaper for some Bones miniatures I needed for some of the monsters. Because of a promotion they were having, they sent me a couple free Bones models. One was called Barnabus Frost, Pirate Captain. Trying to think of something to do with this guy, I decided that with some conversion, he might make a good stand in for my warrior priest character, who has acquired a Hammer of Sigmar.

I had to place a bits order with some company in England to get the hammer from the new plastic general on a griffon, who has parts to make Karl Franz wielding Ghal Maraz. (I also ordered some other bits to round out my savage orcs to a full 12, but the company screwed up my order and then ignored my attempts to contact them about it). I also found a bit from the old Mordheim sprue to use for his Book of Sigmar. Once I got my Ghal Maraz I set about converting the bones model, and happily discovered that they are ridiculously easy to convert. Way easier than hard plastic. I even had no trouble removing the integrated base without doing any damage to the model's feet.

I have discovered that one great benefit of this Bones material is for easily converting characters, because the material is so easy to cut without damaging anything adjacent, and you can also re-position limbs somewhat by heating in really hot water, bending, then submerging in cold water to set (which you sometimes have to do to bend weapons back into place). I think using Reaper Bones models as a base is how I will try to do all my Warhammer Quest character conversions, as long as I can find suitable models. My pictures didn't turn out very well, but have a look at my warrior priest, with his Hammer of Sigmar and Book of Sigmar, and let me know what you think. 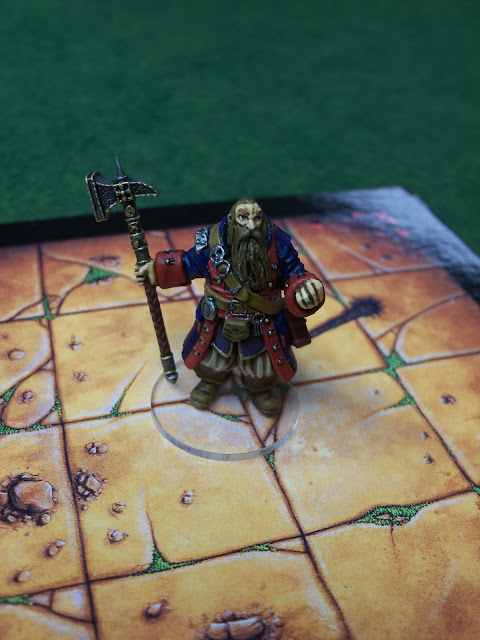 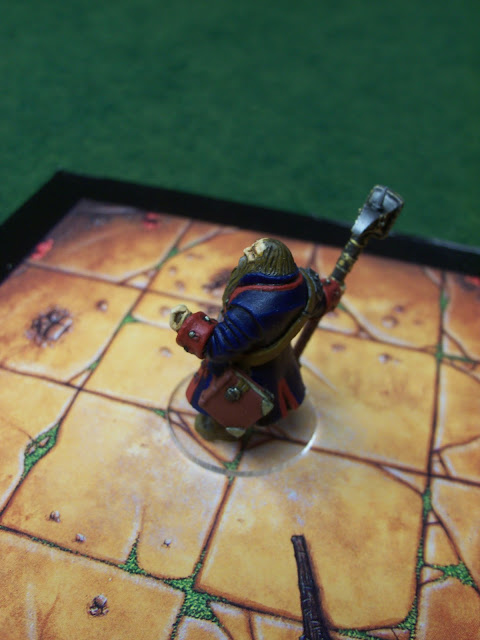 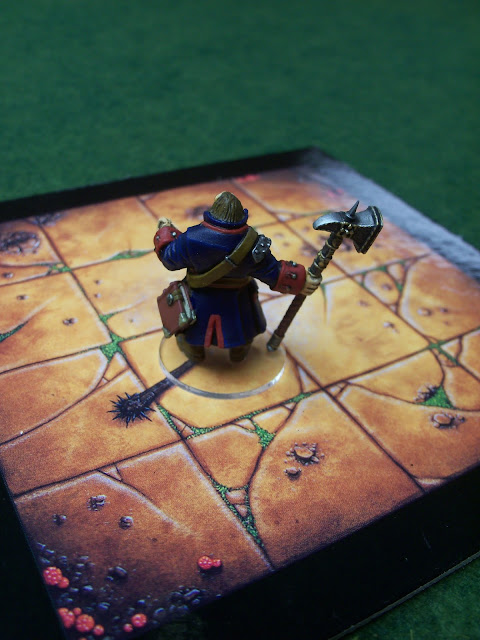 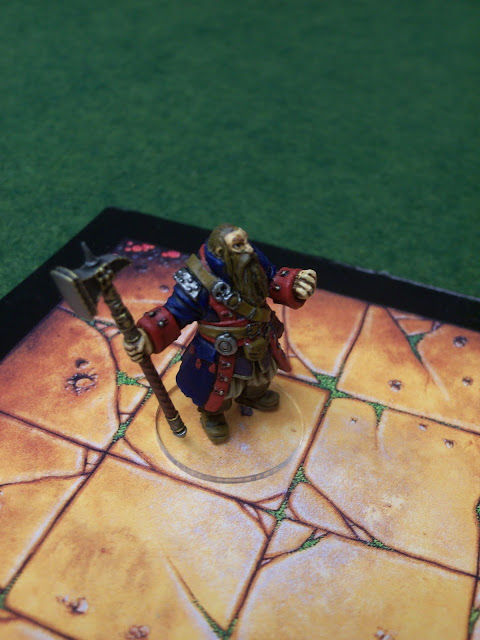 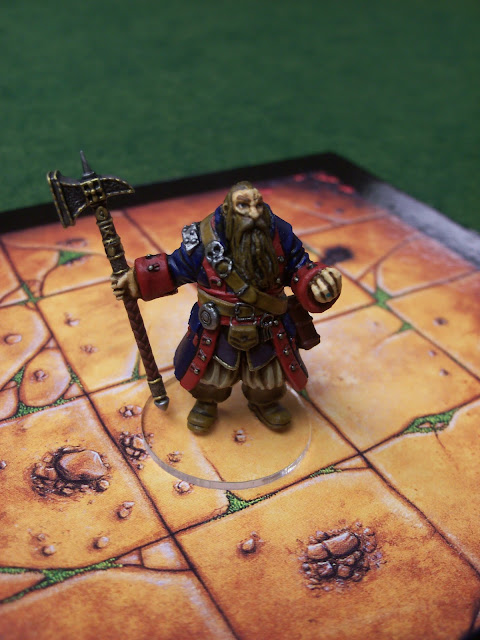 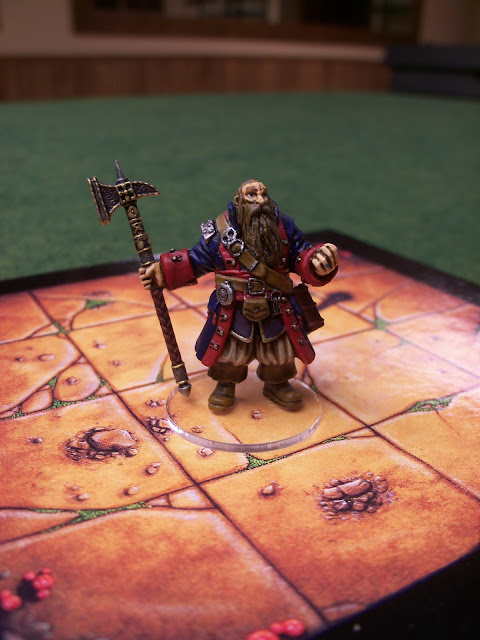 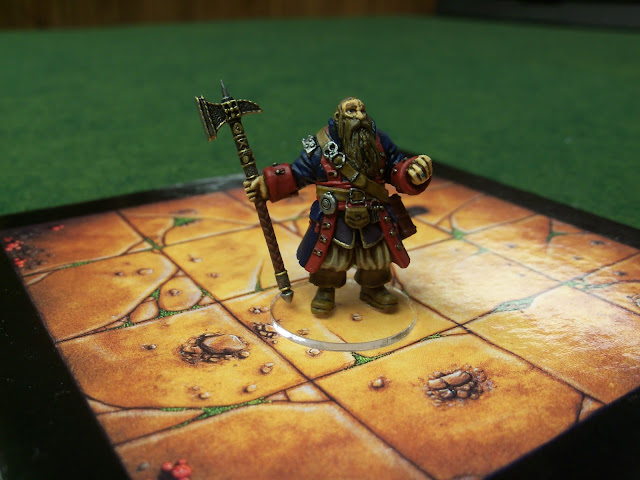 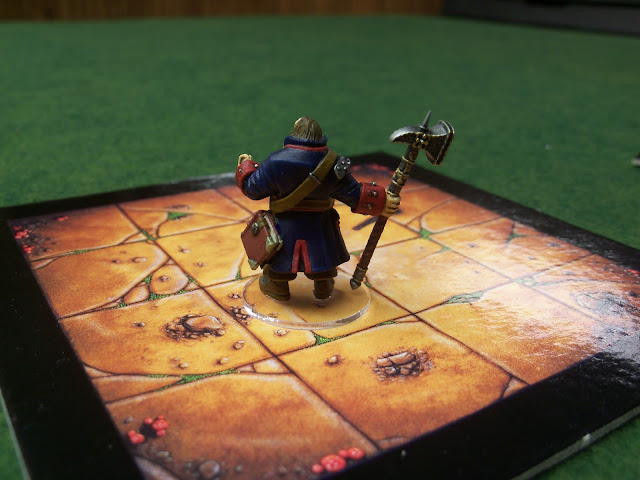 While I was digging out the old Mordheim bits, I also assembled and painted these two treasure chests. I suppose I will just use them as decoration in objective rooms or something, just to provide a little extra scenery. 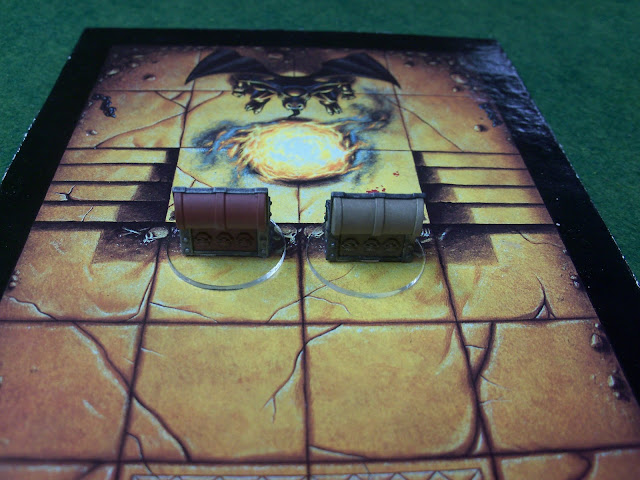 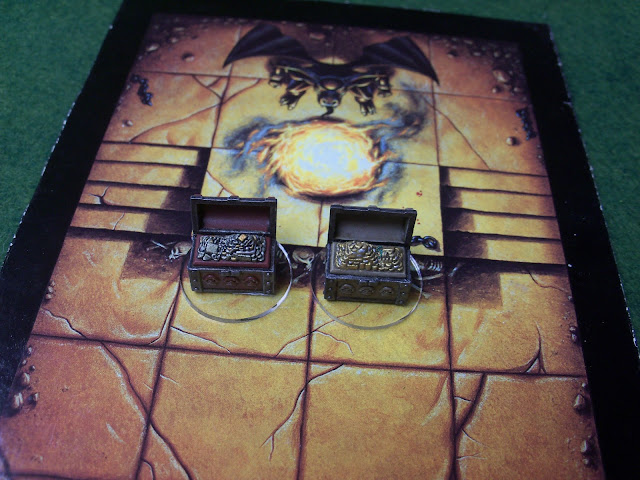