Zeus (carrying a king spear), Hades (new guy in rawhide armor with a founding stone), Dionysus (with bone axe), and Aphrodite (armed with scrap sword) set out to hunt a screaming antelope for the first time. They immediately encounter an antelope stampede, but fail to run down one of them to attack. They continue on, discovering some saliva pools that cause all but Aphrodite to vomit. Appropriately enough, they then discover a vomit pile left by a screaming antelope. Aphrodite and Dionysus scavenge around in the pile of vomit and both find something undigested to eat in it. Realizing from the warm vomit that their quarry must be near, the survivors soon encounter the object of their hunt. 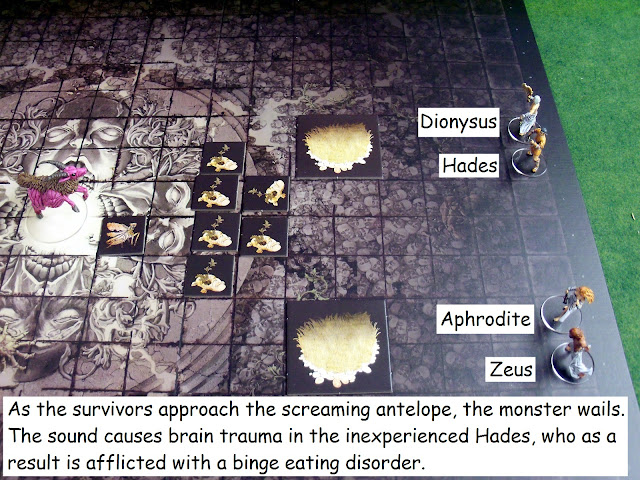 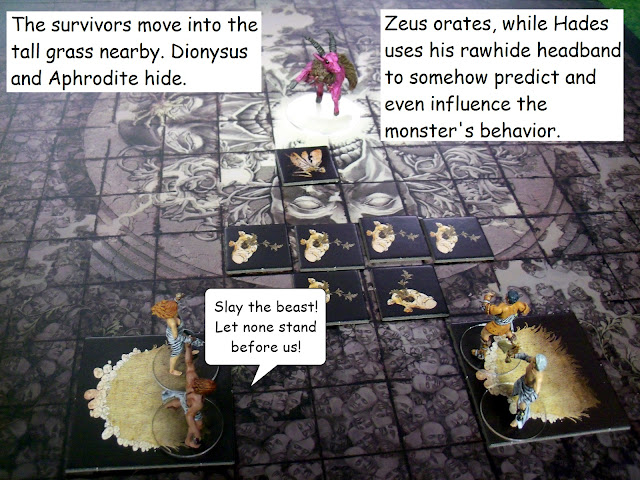 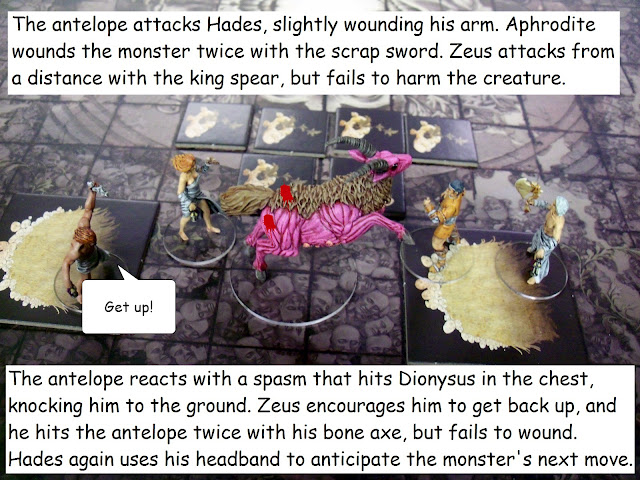 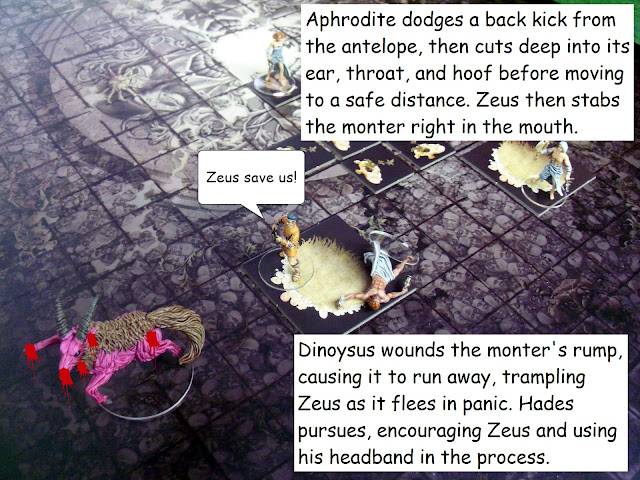 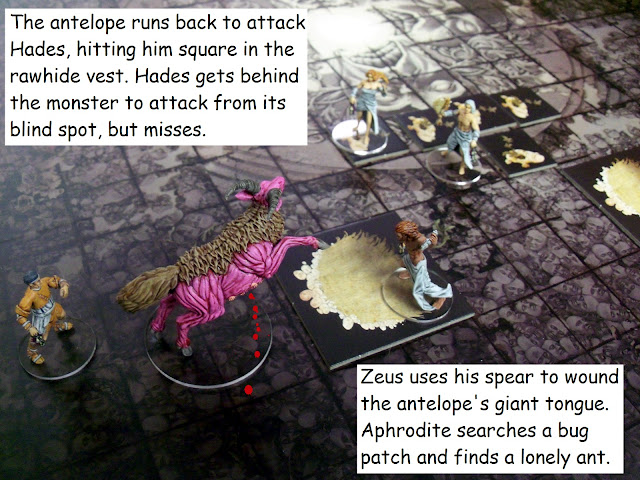 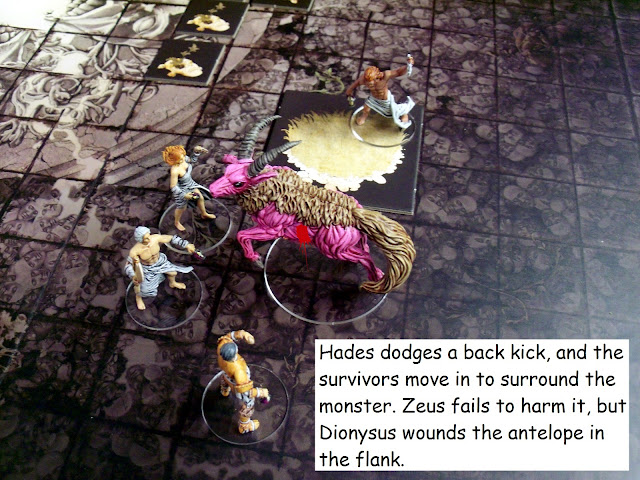 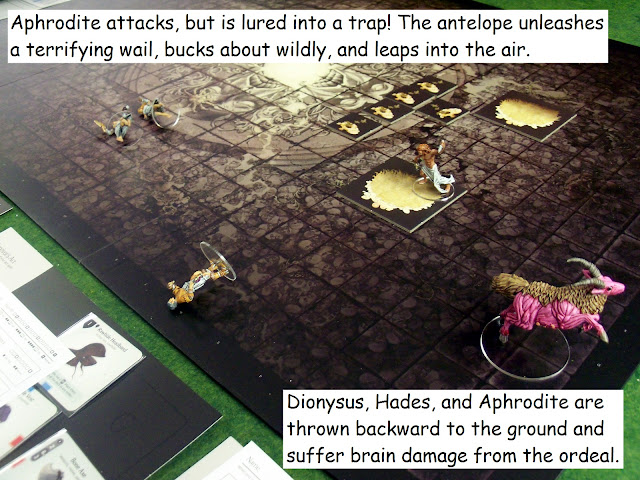 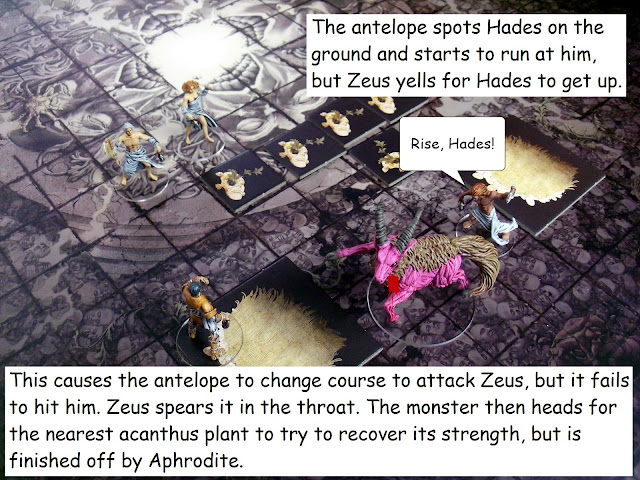 The survivors then return to their settlement with their newly acquired resources. A heat wave causes Zeus to collapse with heat stroke from the effort of wielding his heavy king spear. His condition would force him to miss the next year's hunt. The settlement innovates hovels, adding to their sense of community. Hades spends some time learning from the hunt experience of Zeus, hopefully improving his chances in future encounters, though his binge eating disorder will prevent him from leaving the settlement without something to eat on the way.

Greatly expanding the settlement, the survivors use most of their resources building a stone circle and a weapon crafter, which will give them many more crafting options in the future, once they are able to replenish their resources. With a little bit of bone that is left, they create some bone darts, which will allow attacking from a distance. Before another hunt can be arranged, a brutal looking stranger appears on the outskirts of the settlement to challenge the survivors. Bedridden, Zeus is unable to lead the survivors into battle against this new threat, but four other brave survivors gear up to face the approaching butcher.
Posted by Craig Welter at 8:00 AM