Hera, Dionysus, Ares, and Hephaestus depart Olympus to hunt for a (level 1) white lion. Hera is armed with a scrap sword and wears a full set of rawhide armor. Dionysus wears some rawhide and carries his twilight sword. Hephaestus brings the king spear, and Ares carries the butcher's cleaver in one hand and a bone ax in the other.

On the way, the survivors find a lion cub, which they slaughter, gaining some precious resources. The rest of their hunt is relatively uneventful, and they eventually track down an adult white lion. 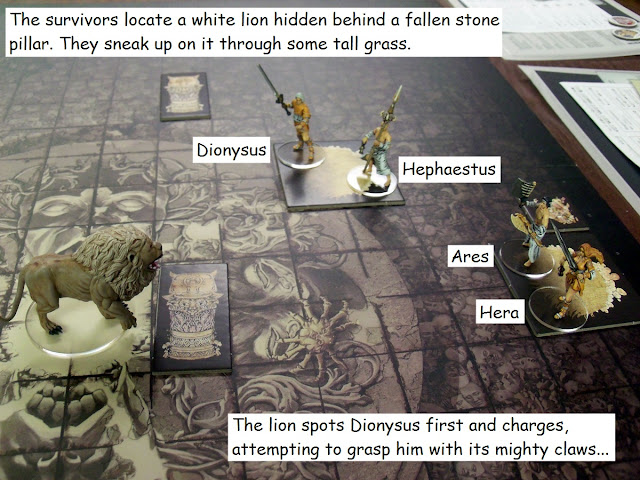 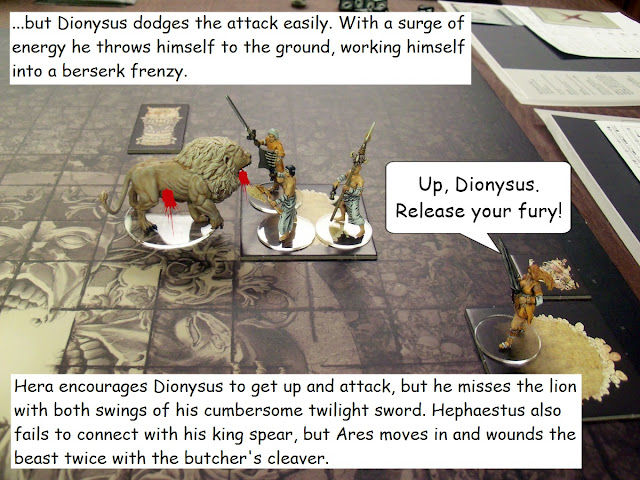 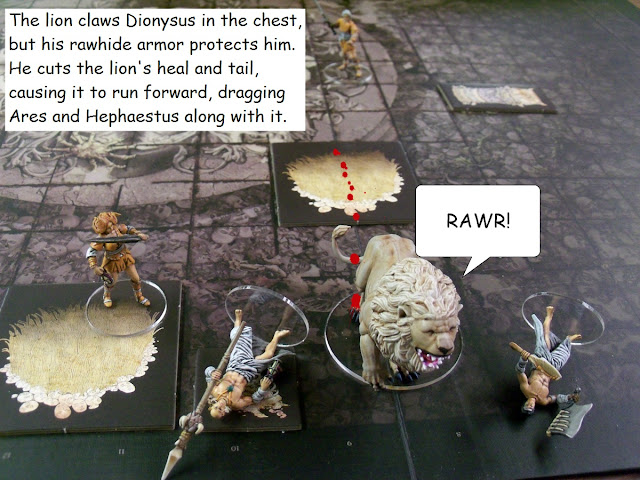 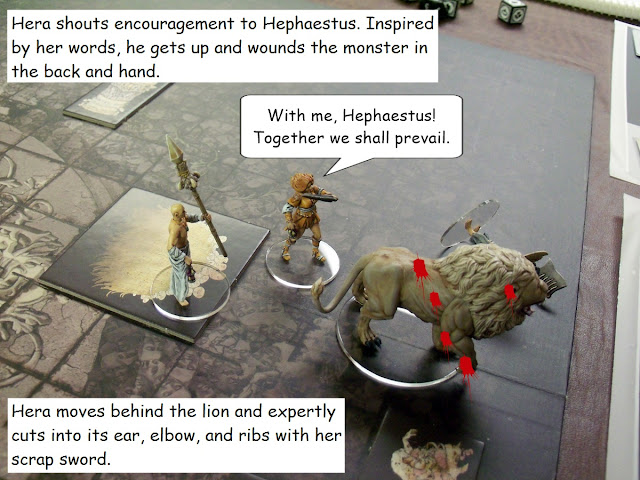 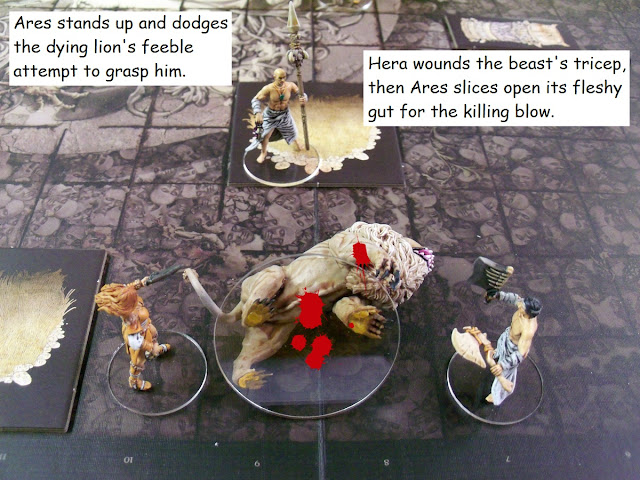 Just as the survivors return to Olympus, a group of armored strangers arrives. They walk silently through the settlement, stopping in front of each occupant to pass judgement. The other survivors look on helplessly as one of the armored strangers executes brave Ares, recognizing him as the most courageous of them all. Their resolve unhampered, the survivors take the skull of Ares and fashion it into a skull helmet, so that part of him can continue to fight on with the rest of them.

The survivors endeavor to innovate and discover painting, which will (for some reason) allow them to move with a burst of speed when the need arises. Their other endeavors come to little. Hades consumes some love juice and conceives a child who disappears in the blink of an eye, then reappears fully grown, and seemingly with strange powers. They take to calling her the "green savior", though her given name is Helen.

The survivors use some of their large haul of resources to craft some new gear. They finish a second complete set of rawhide armor, make more monster grease, and craft some bandages. Considering how well the last hunt went, they feel they have all they need for now and hoard the rest of their resources for any unforeseen future needs.
Posted by Craig Welter at 8:00 AM