After their successes in obtaining the fragments of Hysh and Shyish, Byron was persuaded by his Aelf companions (against his better judgement) to attempt the trial of Ghyran. They didn't get far. The party immediately encountered a fleeing skaven deathrunner assassin. Before they could defeat the wily adversary, the acolytes it was apparently fleeing from arrived. The Aelf assassin, already badly wounded, was butchered by an acolyte with two weapons. (Already with four wounds, he was wounded a further four times by the one acolyte.)

Byron and the mistweaver saih (and Byron's skeletons) fought on without their comrade (as they had grown accustomed to doing) and defeated the deathrunner. Before they could finish off the remaining acolytes, another deathruner assassin and more acolytes turned up. The two adventurers fought on heroically, but eventually the mistweaver and finally the necromancer were brought down by the deathrunner and the acolytes.

Yet Byron lived. His determination had evidently impressed the mysterious master of the silver tower, and he was granted a second chance to unlock its mysteries. He awoke alone, unaware of the fates of his Aelf companions. He decided, in any case, to seek out more reliable, and hopefully more survivable, help. Wandering the halls of the tower for a time, hiding in shadows and observing others who passed through, the necromancer eventually found some adventurers who seemed like they might be just what he needed.

Byron thus allied himself with a bloodsecrator of Khorne and a slaughterpriest of Khorne. He predicted these brutes would be effective bodyguards and allow him to advance further into the silver tower. Together, they embarked on the trial of Ulgu. They made quick progress, the bloodsecrator laying waste to all in his path with the magic emanating from his strange bone totem. 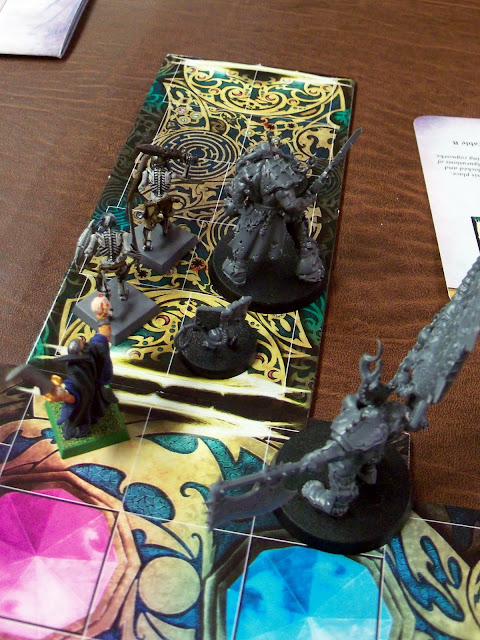 In a narrow corridor the group was ambushed by six kairic acolytes. The slaughterpriest was in the back and bore the brunt of their attack, which nearly ended his life. He just barely managed to stay on his feet, and the acolytes were defeated. The party then continued through the tower. 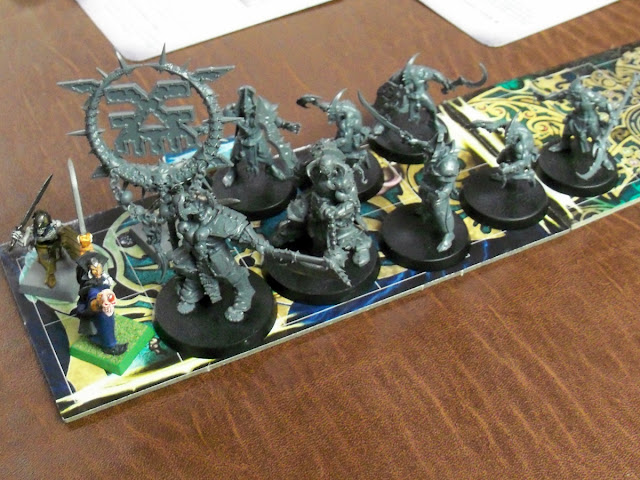 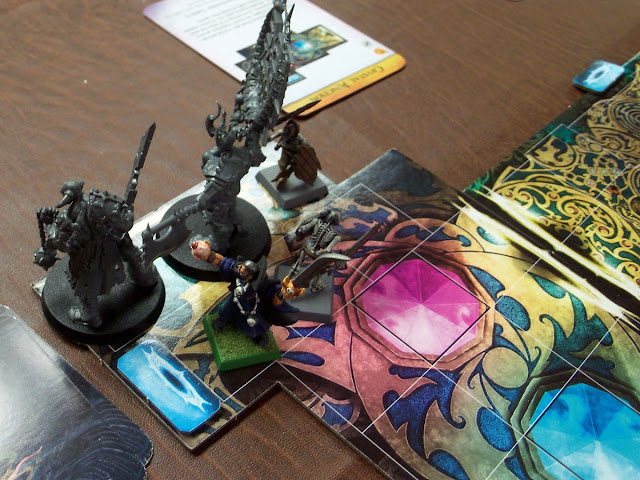 They eventually reached an alchemists lab, where they came up against six acolytes and a pink horror they had just summoned. This proved no challenge for the necromancer and the two brutal khorne worshippers, who made short work of their enemies. While in the lab, Byron took the opportunity to brew a potion, creating a philtre of luck. 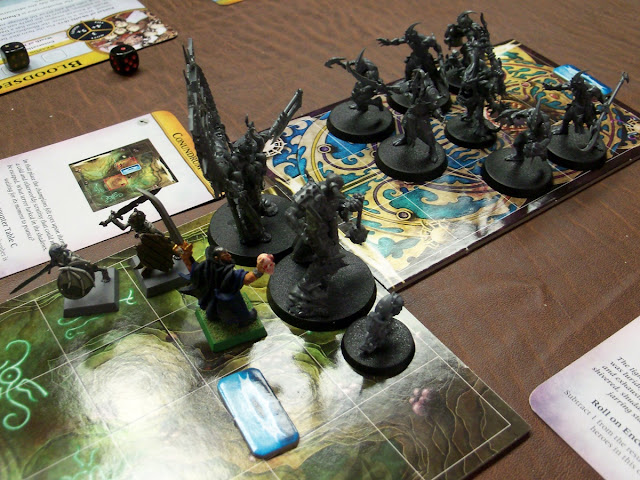 Soon after, the party entered a large chamber draped in cobwebs, with the shard of Ulgu hanging from the ceiling. Before they could claim it, a pack of grot scuttlings dropped from the ceiling to attack them. They posed no threat, and wave after wave of the pitiful creatures dropped down and were quickly wiped out, standing no chance against the area affect power of the bloodsecrator's totem. Even so, at one point the mistweaver saih that Byron had previously allied with turned up to assist in the fight. 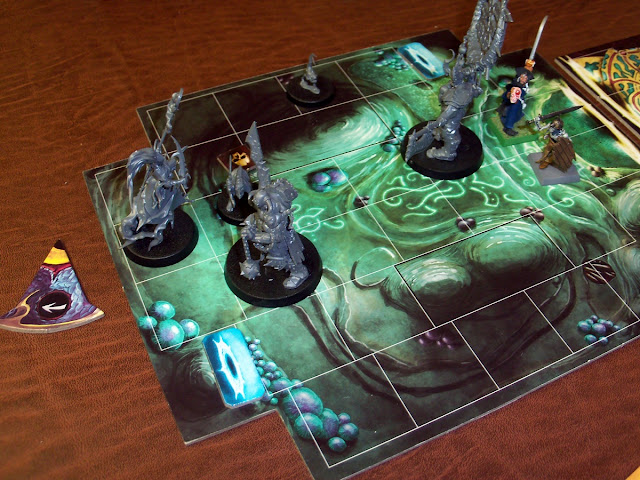 Just as suddenly, the mysterious mistweaver disappeared back into the shadows, and Byron's other former ally, the aelf assassin, turned up to help. With the brute force of the devotees of Khorne on his side, Byron certainly didn't need help against the grot scuttlings, even with their seemingly endless numbers. Thought it was interesting to discover his former companions still looking out for him, and he couldn't help but wonder why... a thought which caused him considerable unease. 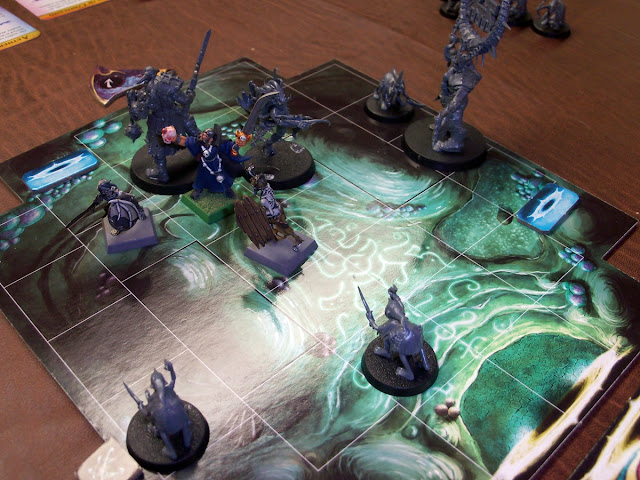 After a lengthy fight against innumerable scuttlings, the result of which was never in doubt, the group finally finished off the last of the creatures. At this point, Byron was finally able to retrieve the shard of Ulgu, his third piece of the mysterious icon. Byron now possessed the shards of Hysh, Shyish, and Ulgu, but his quest to defeat the Gaunt Summoner who ruled over the Silver Tower was only just beginning.
Posted by Craig Welter at 10:00 AM