My first batch of Baker Company Winter War Finns (from their long-ago Kickstarter campaign) are finished. The sculpts aren't great, and I think some of the casting on these was rushed and they suffered some issues as a result. However, I did get a lot of Finns and Soviets for my money. Below you can see pictures of my first batch of Finns, consisting mostly of the basic infantry squads with a few extra things thrown in. There's still much more to do. I came up with a painting method that was pretty fast so I could batch paint these to a decent enough standard fairly quickly. If you're interested, you can see all the details of my paint scheme in a previous blog post: Painting Winter War Finns.

Unfortunately, the pictures didn't turn out great. I don't know if it has to do with the lighting, or how much white is on the miniatures, or more likely the glare from the transparent bases. Many of the pictures came out dark and a bit blue-ish. I'm not sure how to fix that, but hopefully these give a decent impression of the results I got with my batch painting method.

Here is a mix of some odds and ends. In the front are casualty figures, which I imagine I'll use as pin markers in Bolt Action. In the middle row I have three medics, plus an officer and his assistant. In the back are two sniper teams (of sniper and spotter) plus two random leftover riflemen. 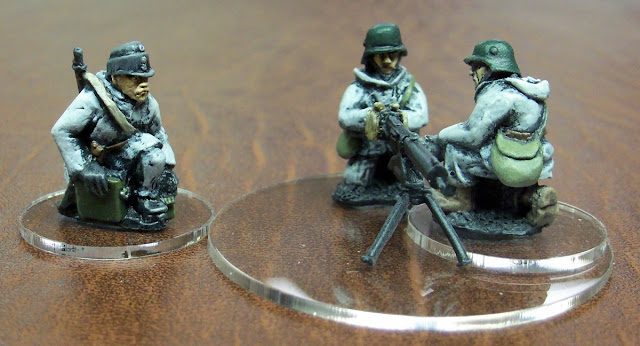 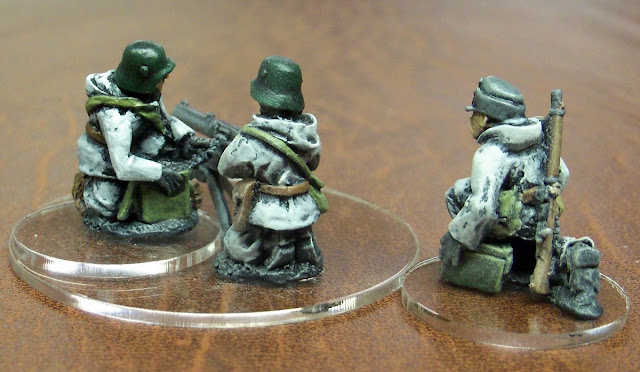 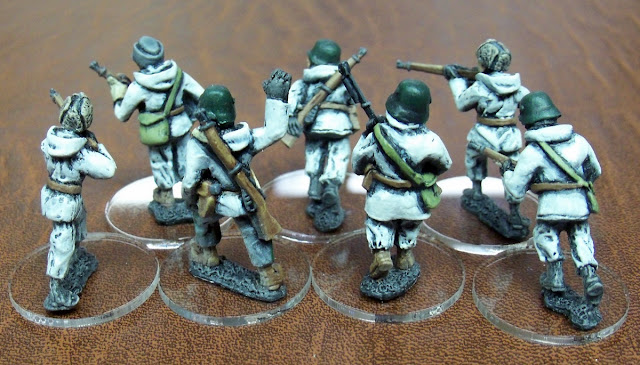 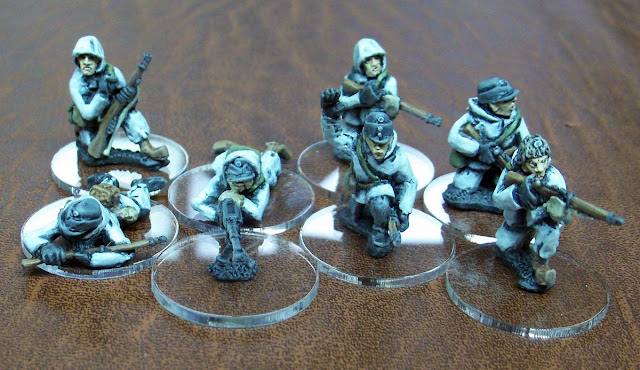 And some group shots. 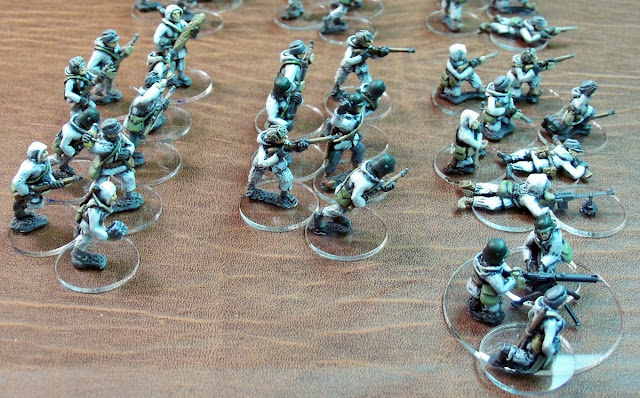 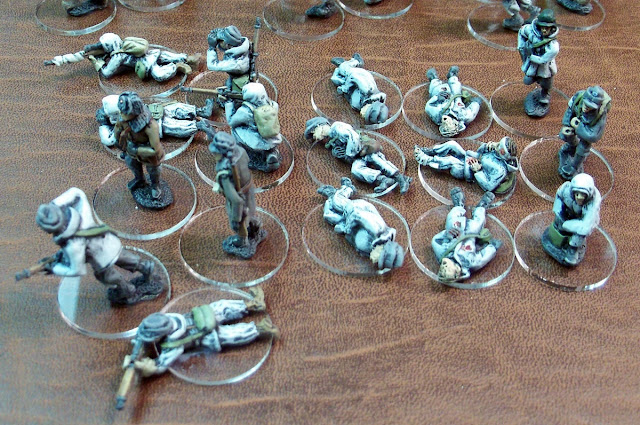 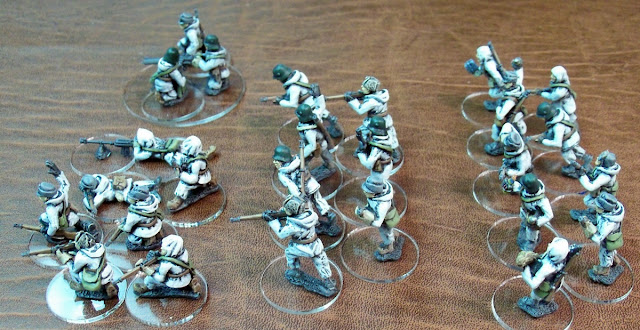