I saw on another blog a great idea of using a deck of playing cards for assigning officer personality traits in games of Black Powder, instead of rolling on the charts. He designed some loyouts with different combinations of personality traits and portraits of fictional generals on them, then got them professionally printed onto a deck of playing cards. So instead of rolling for traits, he draw cards from the deck instead, with the added bonuses of having the card as a a handy reference during the game, and having an image to associate with your general. I decided to make a deck up for my Black Powder American Civil War games, using photographs of actual generals on the cards instead of artwork of imaginary ones.

Determining an appropriate distribution of traits on the cards was actually fairly easy. On the charts, there are three categories (aggression, decisiveness, and independence), and for each category you roll a D6. This gives a total of 216 different possible outcomes on the dice. If you divide that by 4, you get 54, which is conveniently the number of playing cards in a deck, including jokers.

Rolling a 1 results in a low rating in that category, and a six results in a high rating. Rolling 2-5 is just average, with no special rules. So, working out the odds, that means there are 64 ways to get all average. There are 16 ways to get a single category either high or low, with the other two as average. For example, rolling a 6 for aggression, then a 2-5 for decisiveness and 2-5 for independence would be 16 different possibilities. Similarly, there are 4 ways to get each combination of two traits being either high or low. This leaves 1 possible roll for each combination of all three traits as high or low, for a total of 8.

So, dividing all that by four meant that I wanted 16 cards that were all average, 4 for each way to have a single trait be high or low (totaling 24), and 1 for each combination of two traits high or low (totaling 12). This left only the two jokers for representing the possibility of getting all no average traits. I decided to make one with all high traits, and one with all low. For variety, I also put Staff Rating values on the cards, making most of them the average value of 8, but a few I made 7 or 9.

Of course, I could always decide not to use the numbers on the cards, only the traits, or take out some of the trait combinations to change the ratios for different scenarios, or just use the whole deck. It's pretty flexible. But the nice thing is that the results should have pretty much the same odds as when rolling on the chart, with the only exception being the lack of some of the ways to get all traits as high or low, which would be extremely rare anyway.

I used the PowerPoint template from the Colgar6 and the Infinite Legion of Toy Soldiers blog I linked above, but added my own pictures, changed the text a little, and used my own ratios of trait combinations. I've included a few pictures of the resulting card decks below. If you want to order the exact same decks of cards, you should be able to do so with the following links, though I would recommend adjusting them a bit so they are vertically centered better.

If you want my Power Point files so you can make your own edits, you can download them from here. 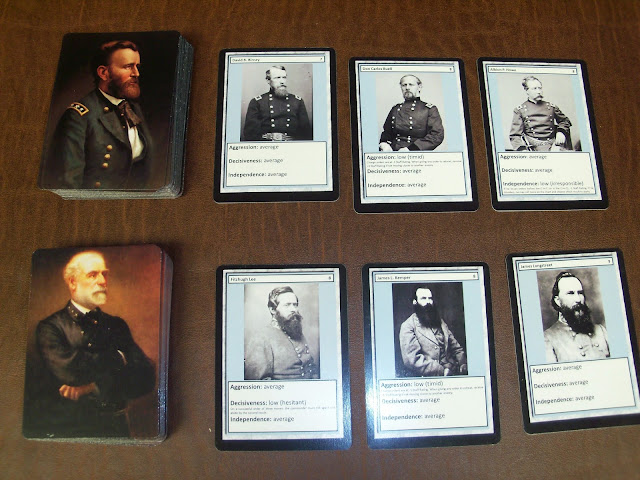 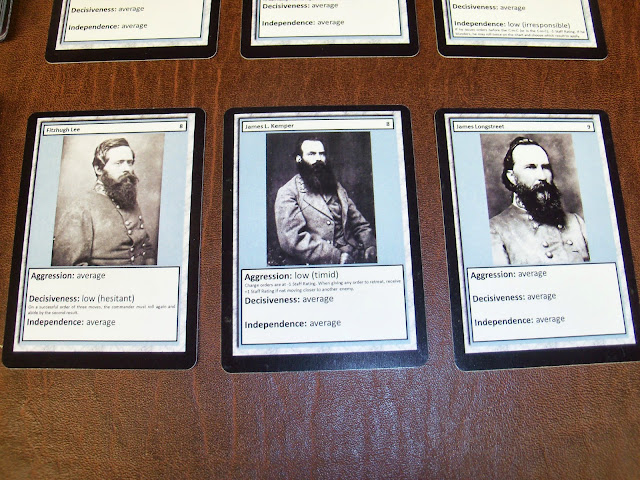 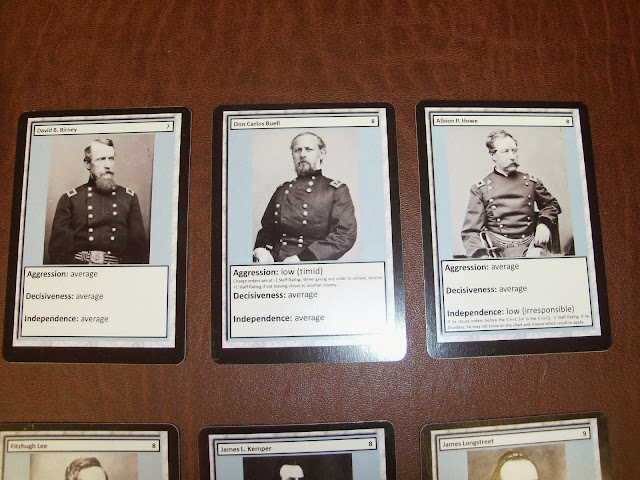 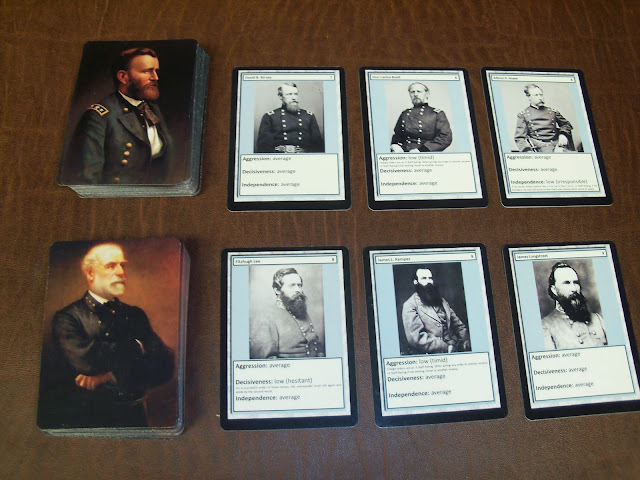