After defeating a magically empowered Ogroid Thaumaturge, Byron Manfred and his wight king companion charge headlong into a pulsing portal of flame that appears before them. The champions hasten towards what they can only hope will be their final confrontation with the Gaunt Summoner who rules the Silver Tower. 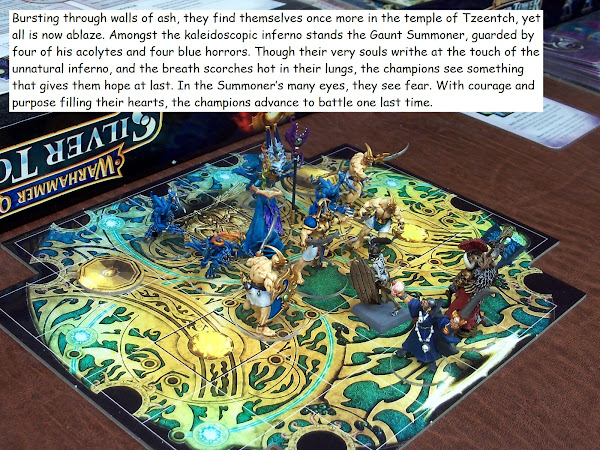 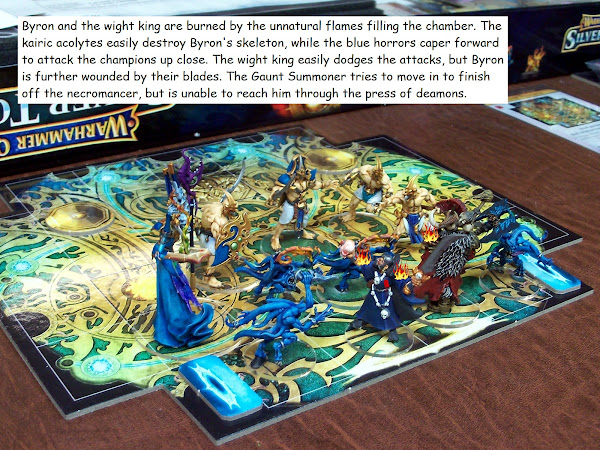 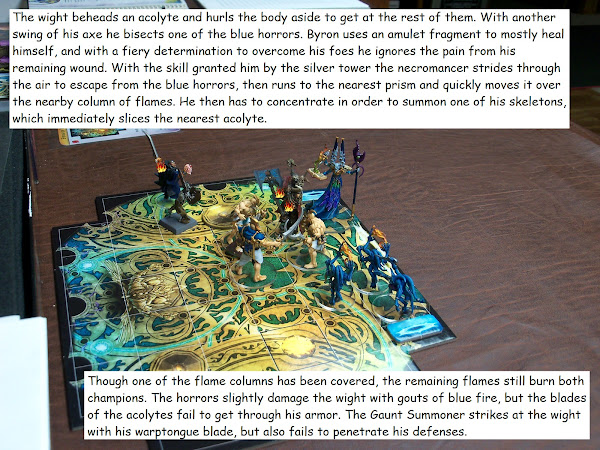 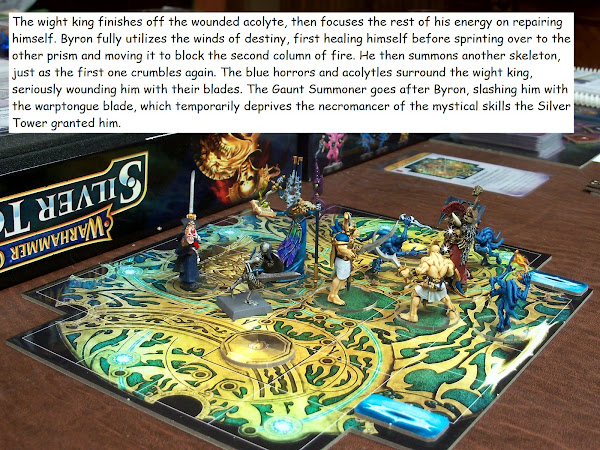 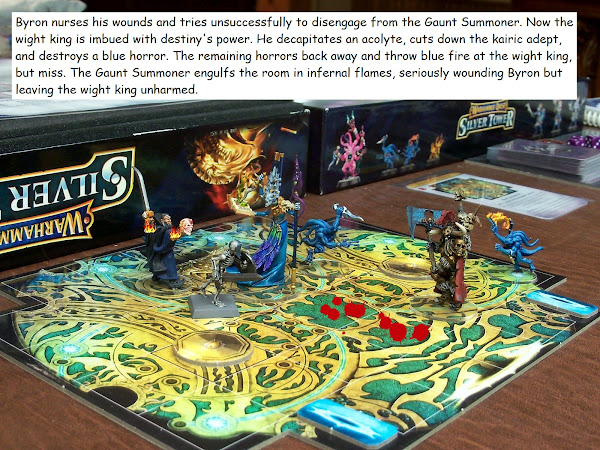 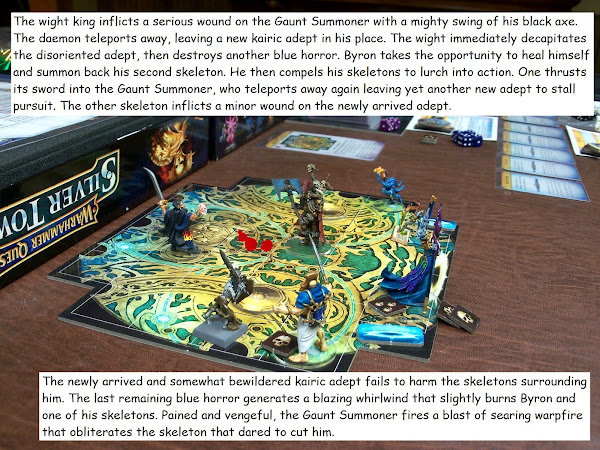 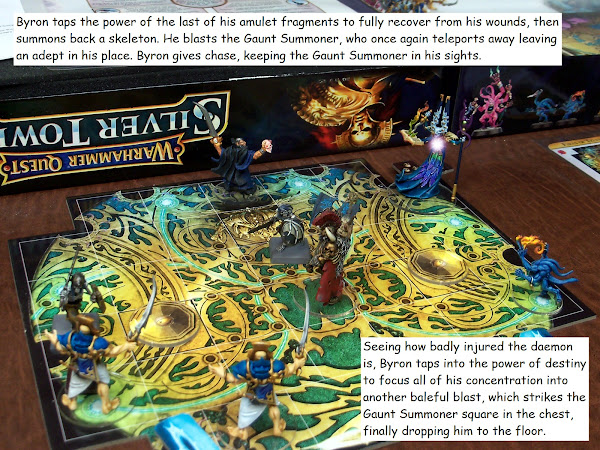 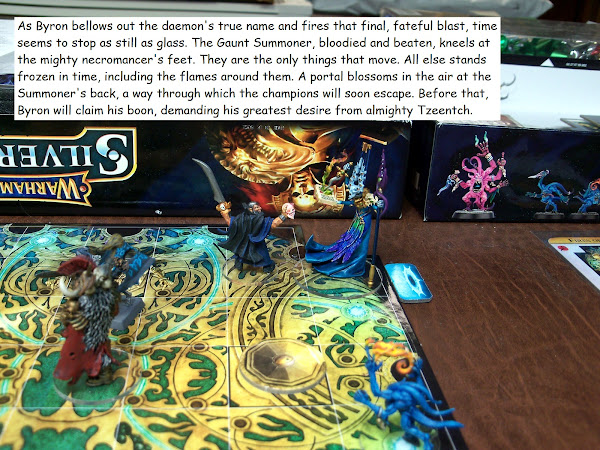 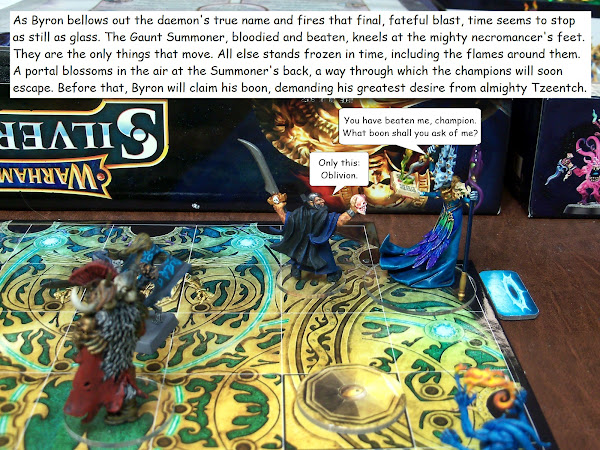 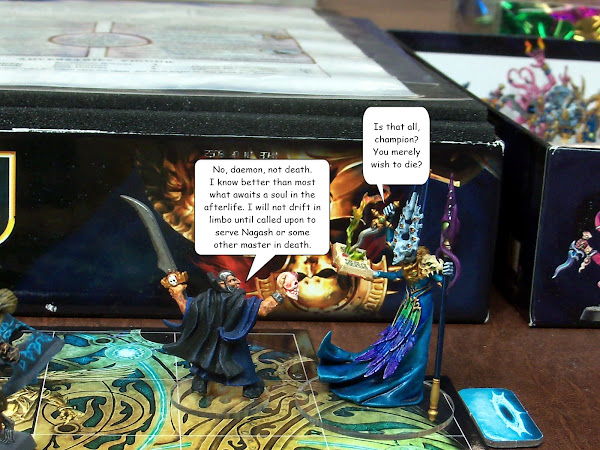 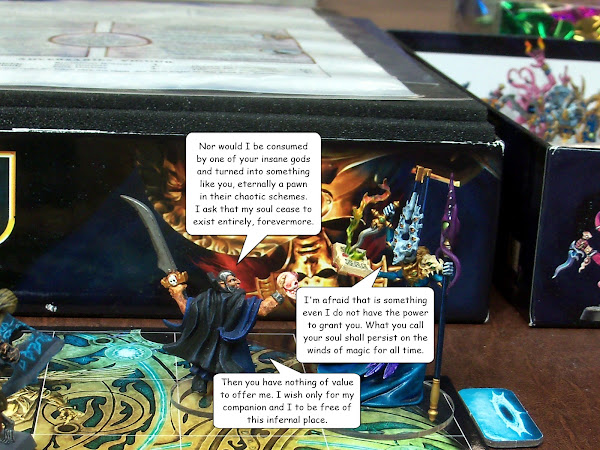 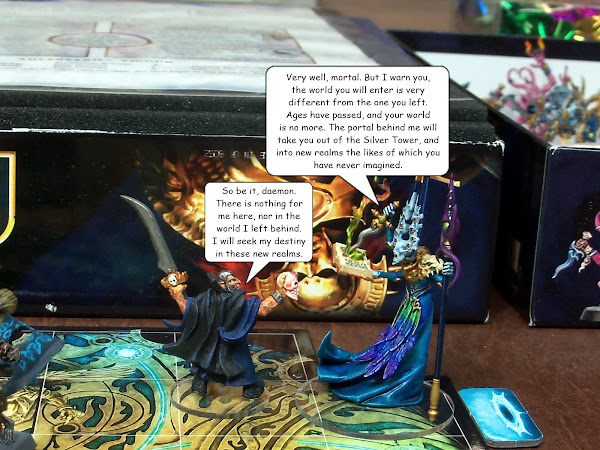 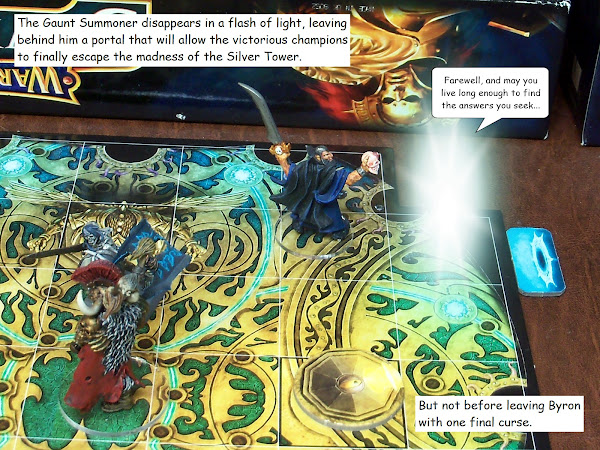 And so it was that the necromancer Byron Manfred and the wight king known as Krell escaped the Silver Tower of Tzeentch, emerging into the mortal realms during the Age of Sigmar to seek their destiny in strange and unfamiliar new lands.

The End
Posted by Craig Welter at 8:00 AM