Rogue Trader Janus Draik, Imperial Navigator Espern Locarno, Eldar ranger Amallyn Shadowguide, and Kroot tracker Dahyak Grekh unite to once again enter the Blackstone Fortress. They are optimistic as they enter the Stygian Aperture, after their first expedition into the fortress had proved quite lucrative, both in archeotech and, perhaps even more valuable, information. There is, however, a nagging feeling, to a greater or lesser degree in each of them, that their initial success might have been a fluke, and that their adventures might prove more dangerous than their previous expedition had led them to believe. 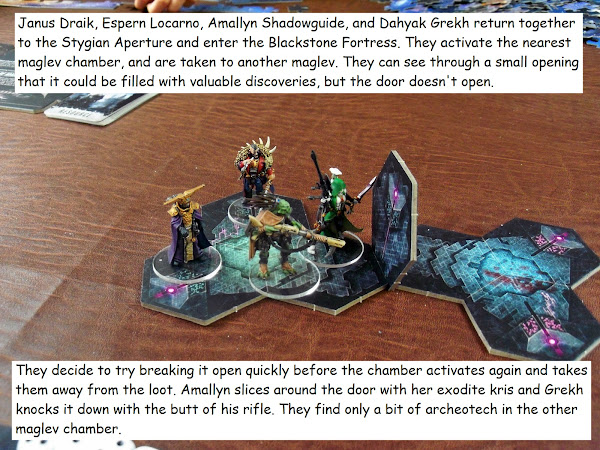 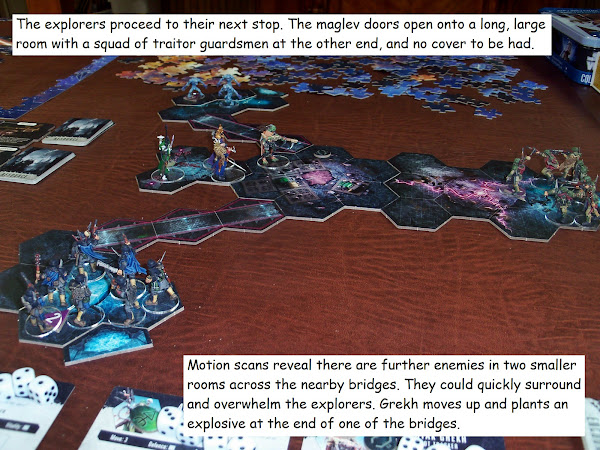 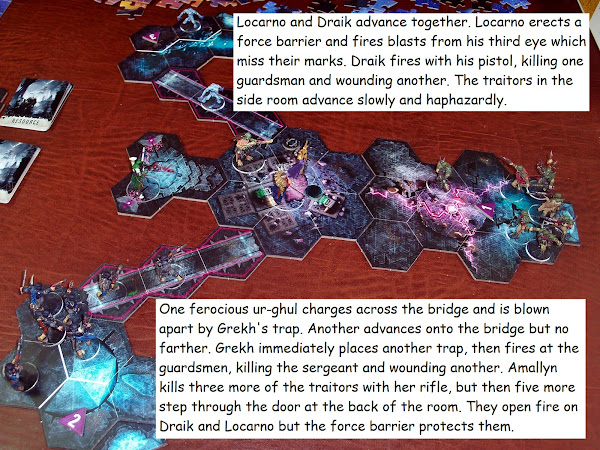 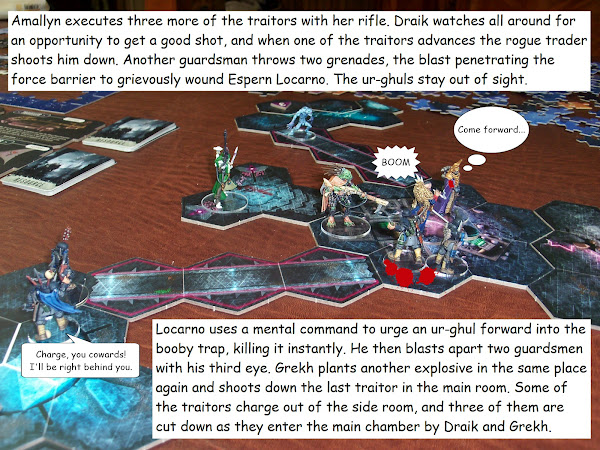 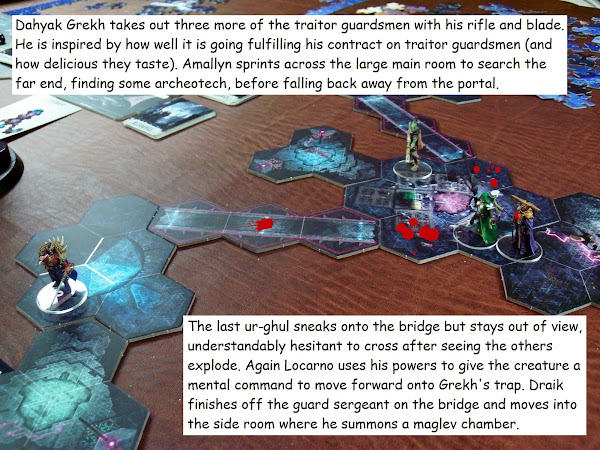 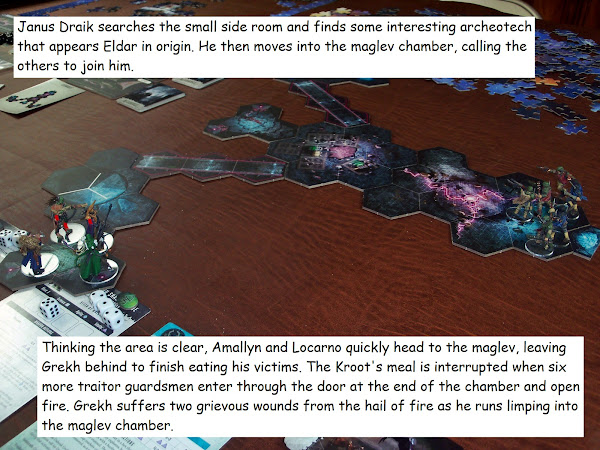 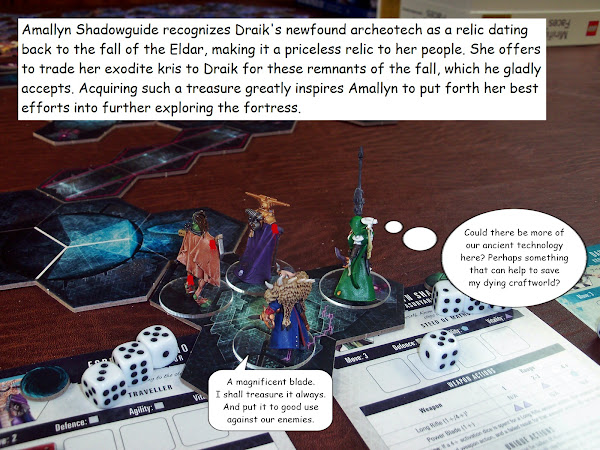 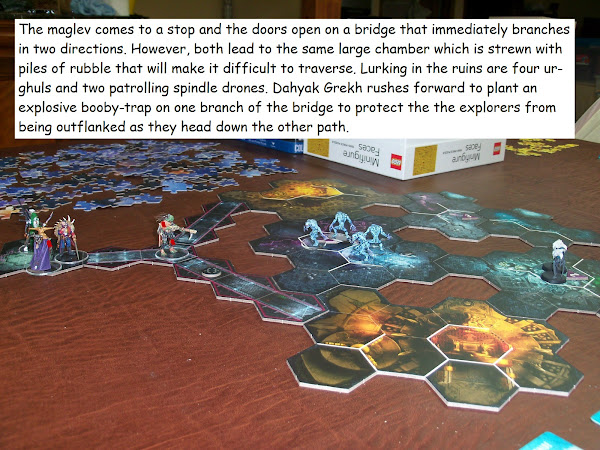 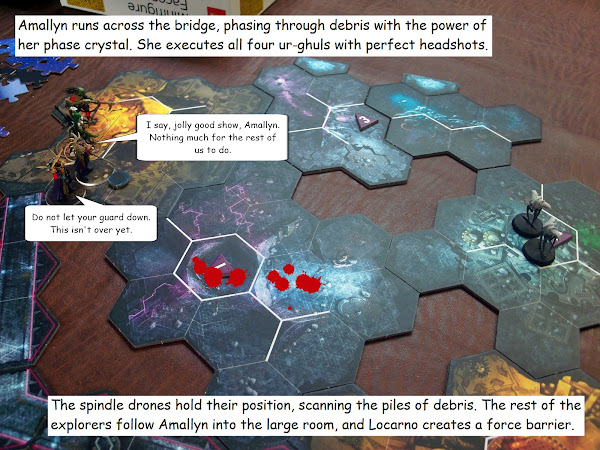 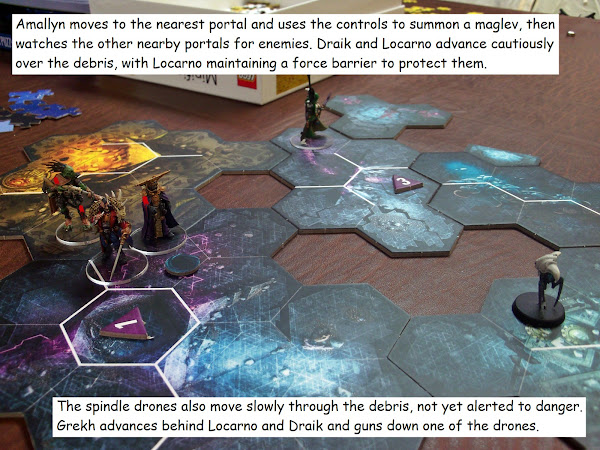 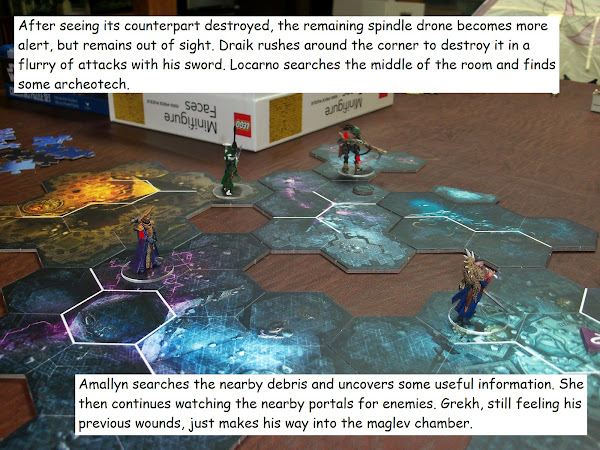 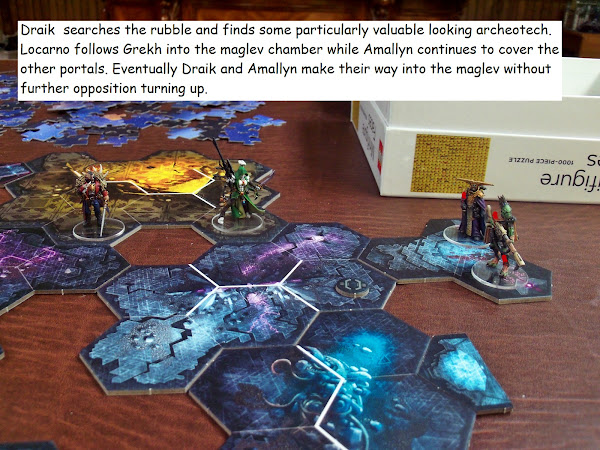 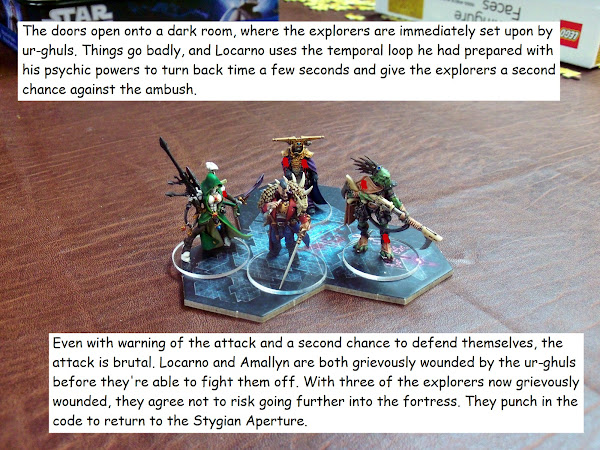 The four explorers cut their expedition short and return to Precipice bruised and bloodied, and with much less to show for it than on their previous expedition. What they have gained, however, is valuable lessons concerning the seriousness of the danger they face within the Blackstone Fortress. Unbeknownst to them, that danger will only increase, because some chaos space marines residing on the fortress have become aware of the exploits of this particular group of adventurers, and will be on the looking for them from now on.

Meanwhile, back on precipice, Janus Draik trades some of his archeotech finds for a refactor field. Amallyn does some research on her vessel, the Steed of Mathurir, and discovers another clue to the location of one of the fabled strongholds, the rare areas of the fortress that do not constantly rearrange themselves. She also trades some of the archeotech she discovered for a holo field projector.

Dahyak Grekh and Espern Locarno, though they've fought hard and found some important clues on their expeditions into the fortress, find that they haven't gathered much in the way of valuable archeotech yet, and are unable to trade for anything useful during their time on Precipice. Before long, the four adventurers reunite to discuss their next move. They have more than enough information to have a good chance of finding one of the strongholds, but are now unsure if they are prepared for the threats they may find there. On the other hand, perhaps the lessons learned from their previous struggles will help see them through the challenge of storming one of the strongholds.
Posted by Craig Welter at 10:21 PM