I'm trying out a new idea for Warhammer Fantasy movement trays. The existing solutions haven't really worked well. For one thing, when playing on tables with a lot of hills, having to prop up a large movement tray on a hill is difficult, looks silly, and may result in many of the models falling over. In fact with some of the more unbalanced models, just pushing the tray around can result in many of them tipping over. In a big unit, this can cause quite a mess and it can take longer to reposition all the models that it is worth.

The other problem is that movement trays have to be made in specific sizes, so I'd need a lot of them in 15, 20, 25, and 30 model sizes at least, for 20mm and 25mm square models. That's a lot of different options I'd need to make. Not to mention that once a unit starts taking casualties, there's a big empty space at the back of the movement tray that doesn't look good and is a pain when you have to put another unit in that vacated space.

The solution I'm going to try out is to use magnetic sheet and steel bases to make magnetic movement trays. I will cut out magnetic sheet in rectangles, some big enough to fit one rank of five models, some big enough to fit two ranks of five models. I'll then glue thin steel bases to the bottom of the Warhammer bases and attach the models magnetically to the sheet. With plastic models that have the completely empty base bottoms, I'll probably be able to find washers that fit in there. But with the slotta-bases, these thin steel squares work perfectly. I got the steel bases here. The 3/4" x 3/4" bases fit a 20mm Warhammer base perfectly.

With the different sizes of sheet, I'll be able to combine them to make different sized units. So a unit of 25 models will only require moving around three of the magnetic rectangles. The magnetism will also hold the models down, effectively keeping them from tipping when I move the unit or when they need to be positioned on a hill. If I need to reform the unit, the most common widths of 5 or 10 wide will be simple, and I can always make a handful of 2 and 3 model length rectangles of magnetic sheet for adding more files. 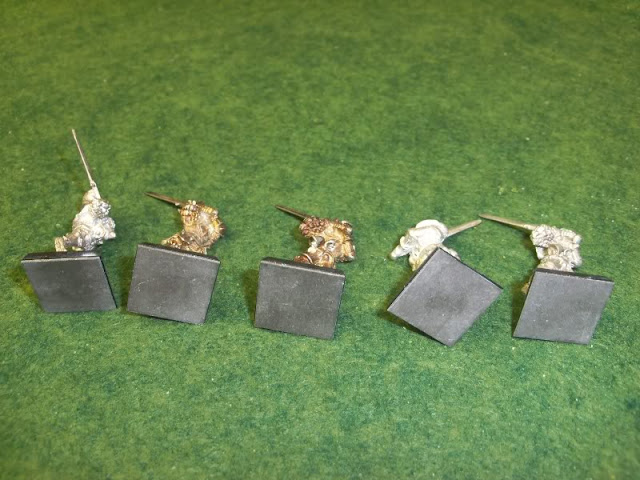 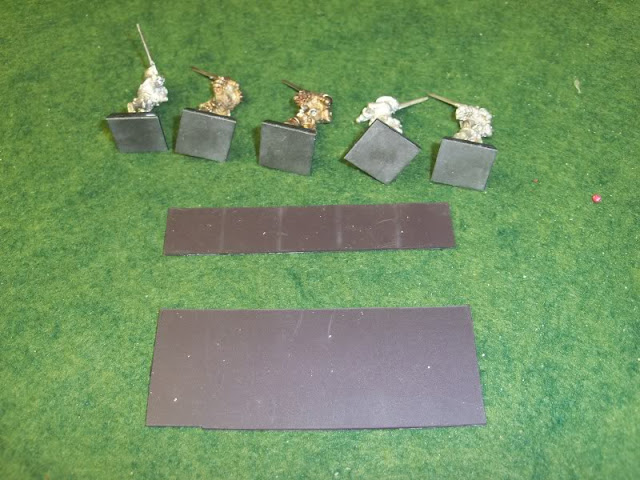 Here I've attached the models to the magnetic sheet. The cling on quite nicely. If I wanted to use a unit of 15 Greatswords in the game, I can do it like this, without needing a special sized movement tray that holds 15 models or having extra movement tray hanging off the back of the unit. And when moving them, I only have to push around these two sheets of models. Looking from above, you can barely see the magnetic sheet at the bottom of the base. But I will be painting the magnetic sheet green so that it looks better once a few models have been taken off, exposing the sheet that was beneath them. 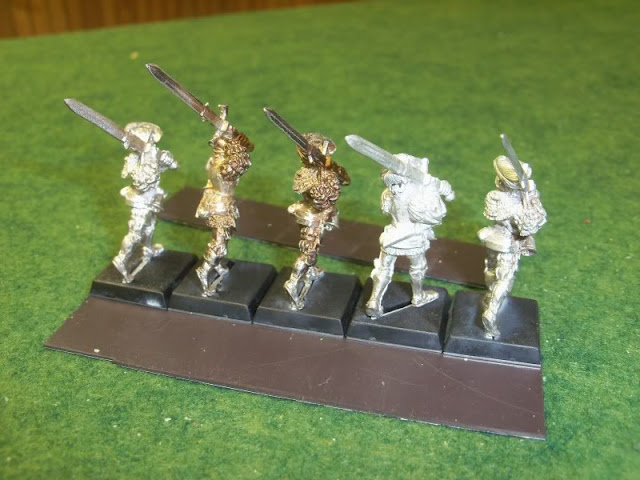 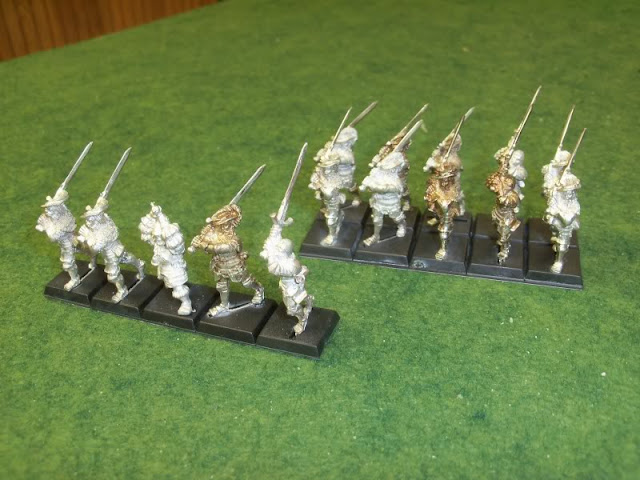 As you can see, any sort of incline or other unusual terrain will be no problem for these guys. 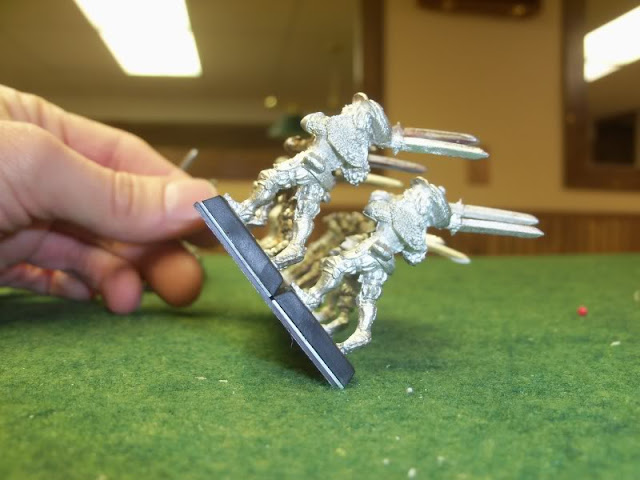 I have yet to try this out in a game, but I think it will work pretty well. I'll give an update after I've tried it out. I've you've tried out any interesting ideas for how to move your Warhammer units around the table, I'd be interested in hearing about them.
Posted by Craig Welter at 5:32 PM