I've just finished "converting" some Rough Riders for my Renegade Imperial Guard army for Warhammer 40,000. They really weren't much of a conversion. I just used a box of Perry Miniatures plastic French Hussars, and added some left over pistols to some of them. I also gave two of them some old Eldar flamers, and two others old Eldar meltaguns. They box came with 14 Hussars, so I can make two units of 7 each with two special weapons, or one unit of 10 with either set of special weapons, or no special weapons.
Here's the first unit of Rough Riders, with two flamers. 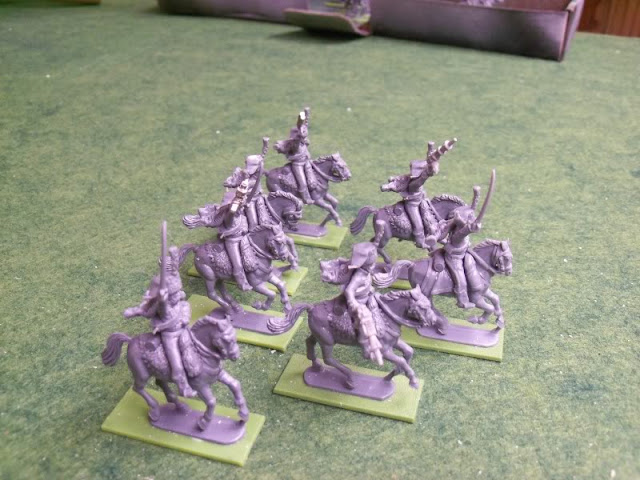 And here's the other unit, this one with two meltaguns. 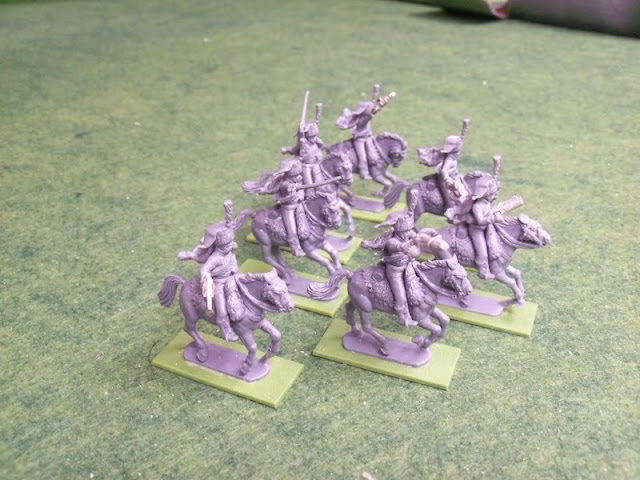 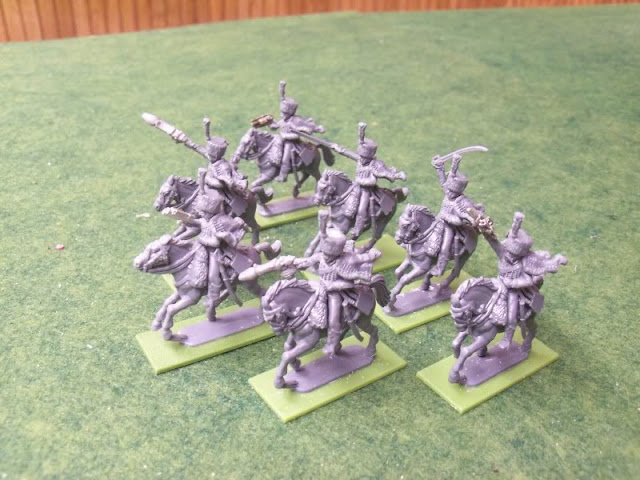 I think they look pretty good, especially since I was going for a look that was intended more for a parade ground than a battleground. The thing I don't like is that there is barely anything about them that looks futuristic. There is only the special weapons and the few pistols. I wanted to use spare heads from my Wargames Factory Shock Troops, but they were way too large to use on the more realistically scaled Perry Hussars. So I was left with heads that they Hussars came with. And I couldn't think of any other way to make them look more futuristic. Any suggestions? I could replace the swords with chainswords, but it would be too obvious that they'd never fit in the scabbards.

By the way, I've come to like the idea of magnetizing, both for the flexibility of allowing different options (as with my Tyranid Warriors), and for ease of storage and transport, which is what I've done with these. Some of the swords stick way up above the model. These would take up a lot of space in my carry case, and the fragile swords might easily be damage. To avoid this, I've magnetized all of these Rough Riders at the waist so they'll take up the least amount of space possible. 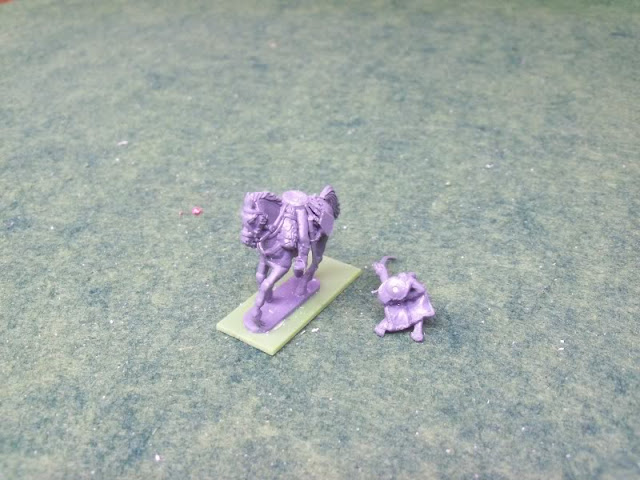 As always, I'd love to hear what you think about them. I'm looking forward to applying a suitably ostentatious paint job to these guys.
Posted by Craig Welter at 8:00 AM