I've finished painting up the first batch of my Renegade Imperial Guard Conscripts. Since I have so many of them to paint, I decided to break the painting up into batches, each batch being all the models with the same kind of headgear. Below are some pictures of the completed first batch, consisting of 14 conscripts. 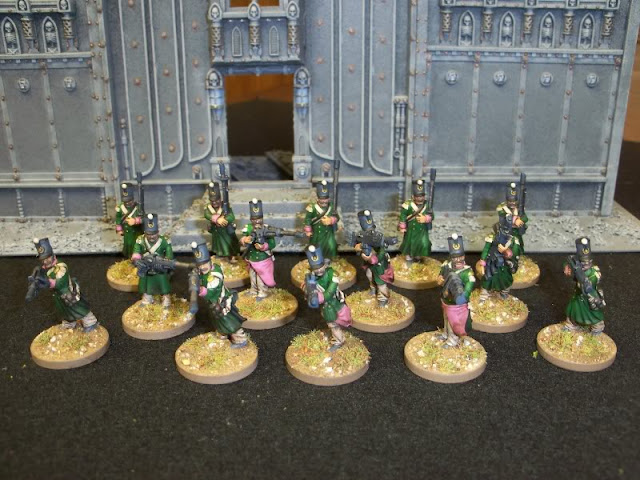 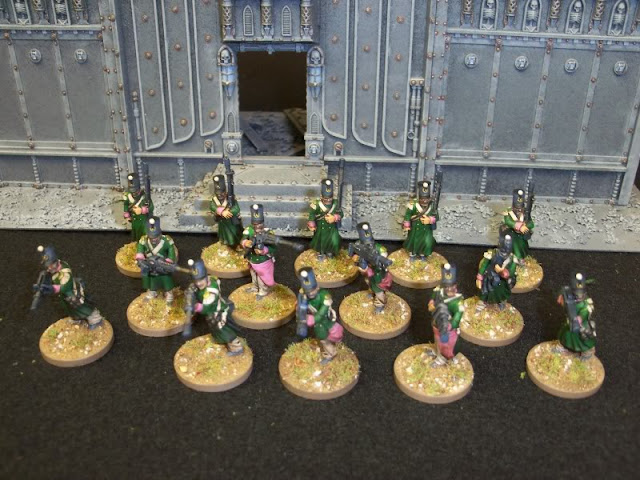 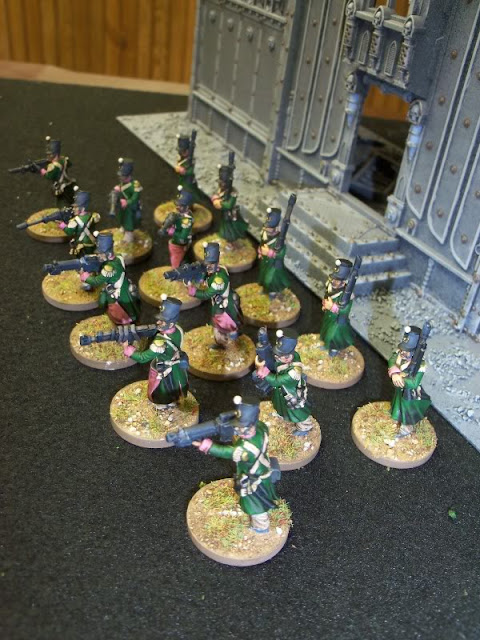 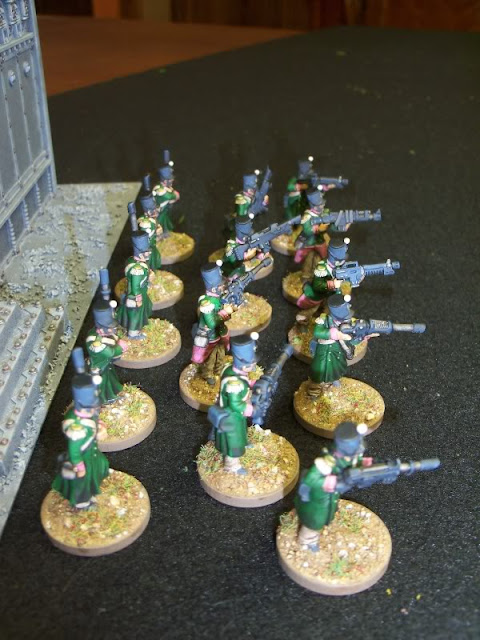 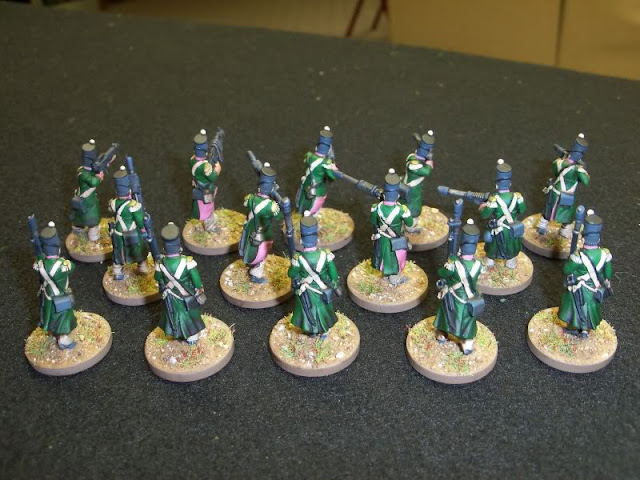 These were painted in pretty much the same way as the Infantry units, except that I used gray primer instead of white. This didn't seem to make much difference except for requiring an additional coat of snot green to fully cover the coats. So a white undercoat probably would have been better.
Posted by Craig Welter at 8:00 AM