I have finally finished converting a full unit of 50 conscripts for my Renegade Imperial Guard army. They are all made using bodies and arms from the Victrix Miniatures plastic Old Guard Grenadiers, and heads mostly from the Perry Miniatures plastic Napoleonic French Hussars (which come with A LOT of extra heads). If you haven't been following along (and shame on you if you haven't), I used the Hussars as Rough Riders, which you can see here.
The weapons were made with extra 40K weapons I either had already or could scrounge from others. Many of the figures that don't have separate arms I just had to remove the top of the musket and replace with a las-gun barrel to make a las-musket. The figures with separate arms required a lot of work in some cases to get them to convincingly hold the huge over-sized Warhammer 40,000 weapons. But they were fun, if a bit time consuming, to convert, and the many arm options in the Grenadiers plastic kit did allow for some interesting poses that add personality to the unit.

Here are some pictures of how they turned out. You can have fun trying to spot some of the unusual conversions. 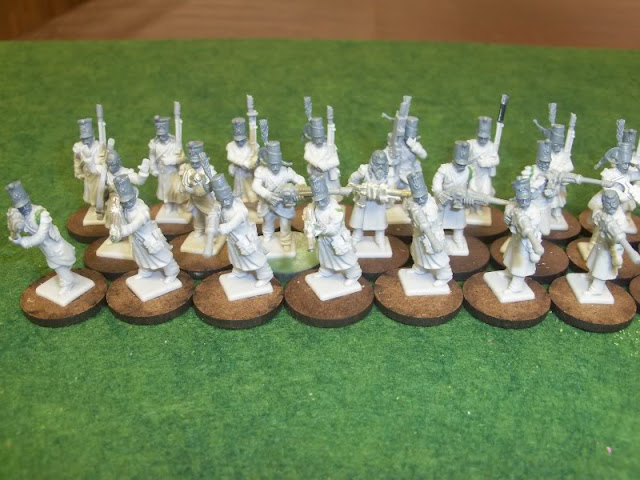 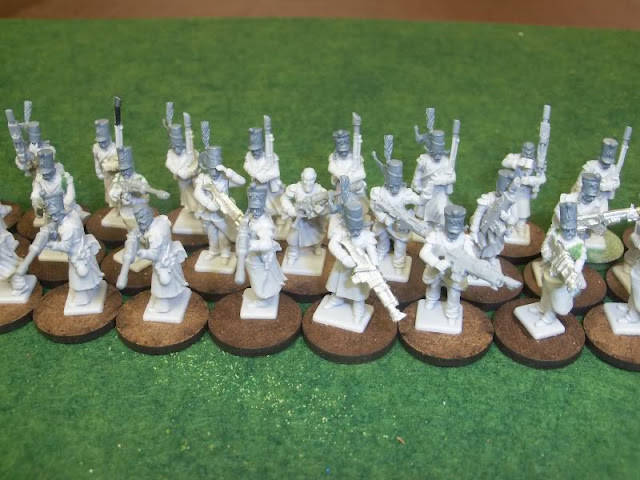 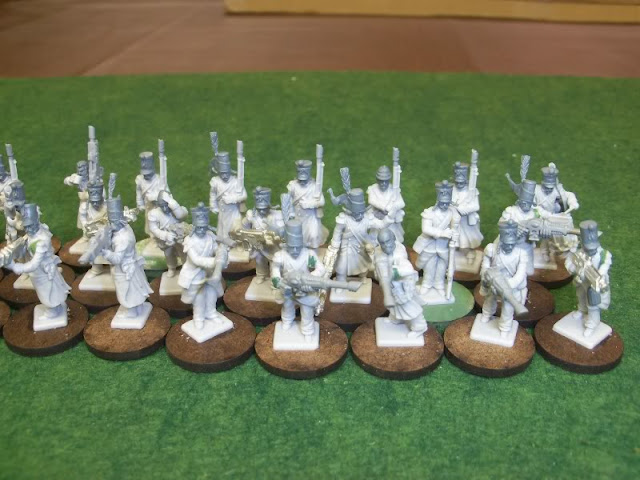 They look rather impressive in a huge mass like that. Now I just have to paint them all, with all their little uniform details. All that work converting and then painting them, and all the time it will take to deploy them on the table, just to most likely have them flee of the battlefield on turn 1. Oh well. At least they'll look pretty cool before the enemy gets a chance to shoot at them. Then they'll thin out pretty quick.
Posted by Craig Welter at 8:00 AM