The High Elf 1st army, led by Lord Tethelion of Caledor himself, was disordered and scrambling for a place to regroup and refit their army. Wary of the powerful Elf lord, and not wishing to allow him to get his personal guard back into fighting condition, the Vampire Counts armies set about securing all the villages in the area that Lord Tethelion could retreat to.

The Vampire Counts 2nd Army marched south to capture Nice and the nearby bridge, which could be a very important strategic point as it was the only crossing of the Grismeire river that far south. The Vampire Count 3rd Army moved south to occupy Chateau D'If, destroying all the crops in the fertile farmland surrounding it.

The Vampire Counts 1st Army attacked St. Mer-Eglise, which had been recently captured by the High Elf Blue army from the last of the Beastmen. The High Elves hadn't had much time to prepare defenses in the ravaged village. Through careful and meticulous maneuvering, the undead army managed to force the High Elves to withdraw from the village, though they sustained few losses. And those losses would soon be made up from the remnants of the High Elf Purple army, so that they would soon be back to full strength. The Vampire counts had, however, succeeded in taking the village and denying Lord Tethelion's forces any place to regroup from. 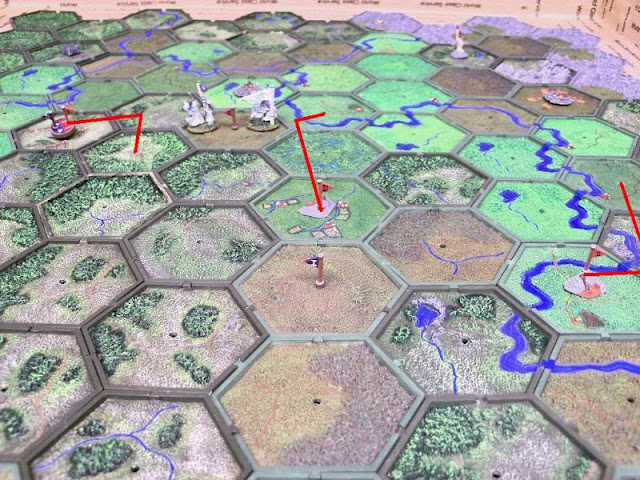