I got to play my first game of the Fantasy Flight Games X-Wing Miniatures game. I played the rebels, and had two X-wings with red squadron pilots (pilot skill 5). One had proton torpedoes. The Empire side had two regular TIE fighters with pretty standard pilots (pilot skill of 4) and one TIE Advanced (pilot skill 5) with cluster missiles.

The Imperials started out facing straight ahead in a tight triangle formation, with the TIE Advanced in front. The X-wings were facing at an angle to the left, planning to loop around and attack the TIEs from the side. 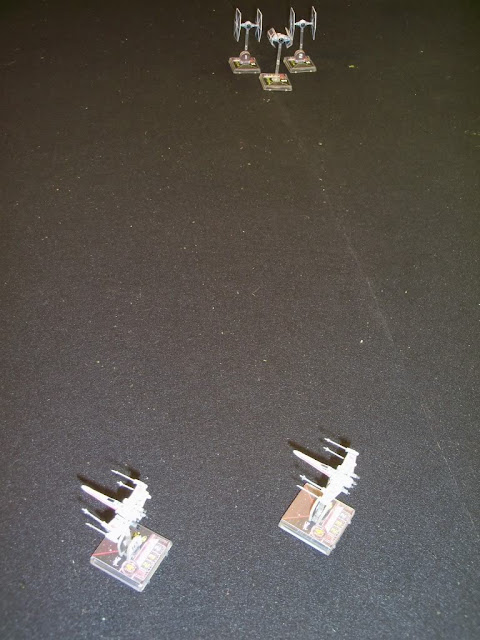 The X-Wings zoomed straight forward at full speed for a while before swinging around to their right to make their attack run. The two standard TIE fighters curved to their right towards the X-wings before pulling u-turns to draw fire, while the TIE Advanced kept straight, intending to get behind the X-wings. The TIE Advanced acquired a target lock on one of the X-wings. The X-Wing fired its proton torpedoes at the TIE Advanced, taking out its shields and causing a lucky critical hit which destroyed the enemy's cluster missiles. The X-Wing on the left fired on one of the leftmost TIE fighter, causing two critical hits but not quite destroying it. 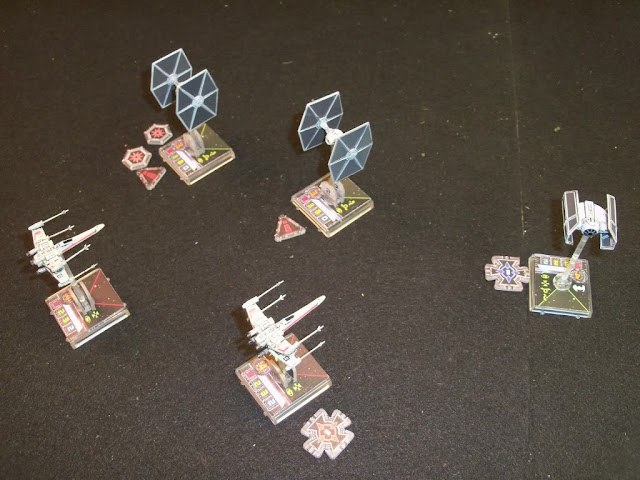 Tailed by the X-Wings, one of the TIE fighters broke to the right, while the damaged one broke left. The X-Wings both stayed together and curved left, easily destroying the damaged TIE. The TIE Advanced continued turning right to get around behind the X-Wings. 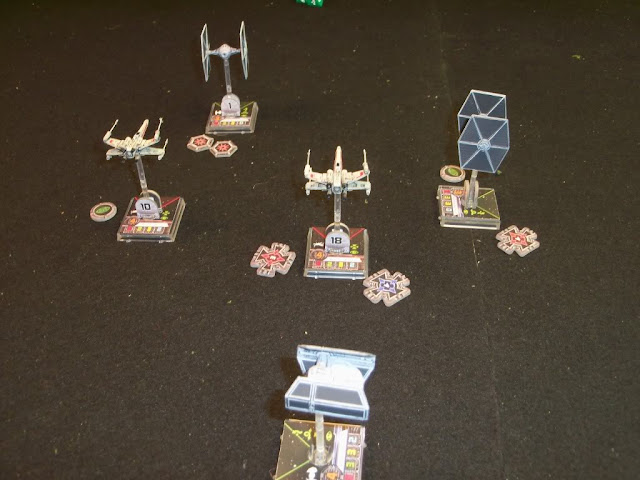 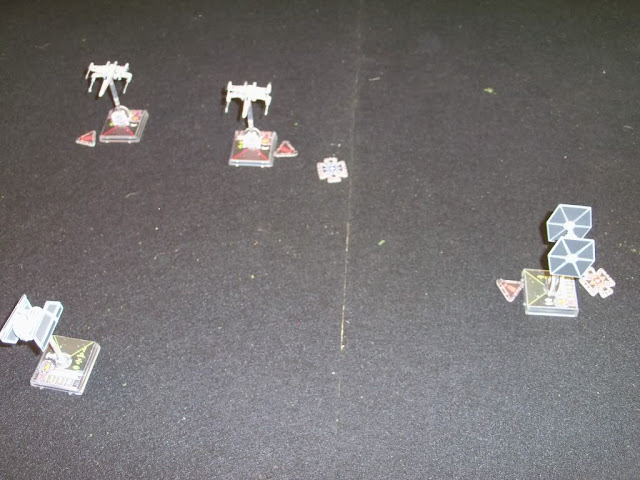 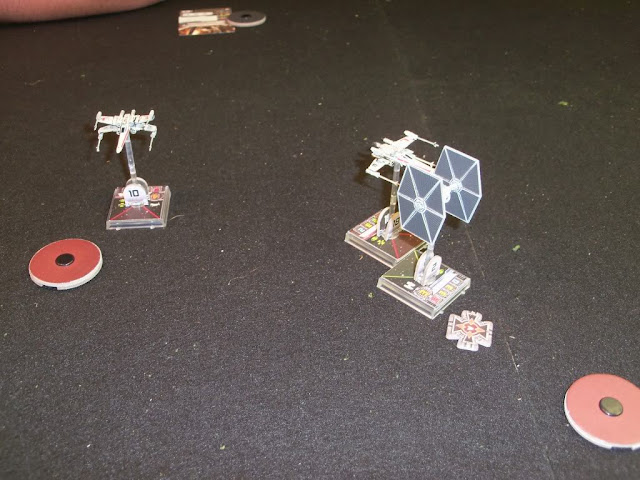 At this point, I got caught up in the fast paced action of the game, and forgot to take pictures. But basically, the X-Wings came back together in formation and took out both TIEs without taking any more damage. 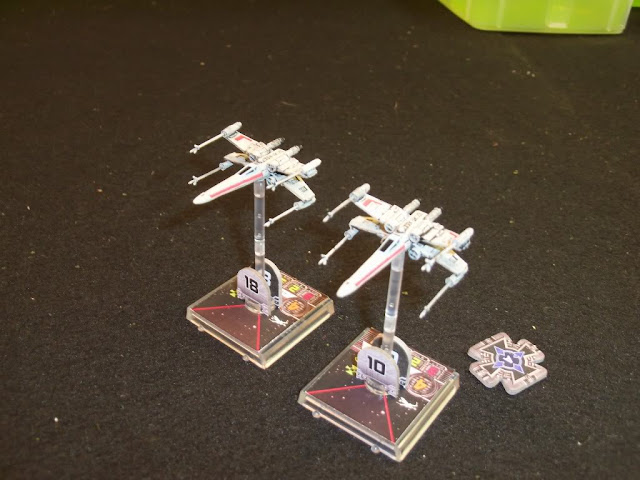 Based on my first game of X-Wing, I really like the rules. It is pretty easy to learn. Even though this was my first game, it went pretty quickly. The game is fast and exciting, and it's fun trying to out-guess your opponent with your maneuver choices. There also seems to be a lot of options for setting up your force with different pilots and upgrades, even though there aren't many different kinds of ships. And the biggest factor in favor of this game is the imagery of the Star Wars universe. It's impossible to play the game without imagining the sights and sounds of fighter combat from the Star Wars movies, which makes playing the game very cinematic. I am definitely hoping to play this again.
Posted by Craig Welter at 8:00 AM