Today I've just got some pictures of two recently finished regiments to add to my Confederate Stonewall brigade. The miniatures are 10mm GHQ from the pack "Marching in Shell Jacket & Forage Cap (CSA)", with some command figures from other packs. I still have two more regiments to finish before my Stonewall Brigade is complete. I've already done the Rockbridge Artillery and General "Stonewall" Jackson himself.
Even though these guys have relatively new looking uniforms, I made the decision to give them dark brown leather belts and straps, which look more faded. This is what I Have done with my previous Confederates. I think I like the contrast with the black I use on the union figures, and also it should serve to tie the confederates together somewhat, even though they will have different shades of grey or butternut for their uniforms and might otherwise look too random. I also made these two regiments, composed of mostly identical miniatures, somewhat different by giving them different flags, one a national flag and one a Virginia flag. That way, if it matters for a game (or more likely a game write-up) which specific regiment each is, it should be easy to tell them apart on the table or in pictures.

Here are the results of my efforts. Click on the pictures for a bigger view. 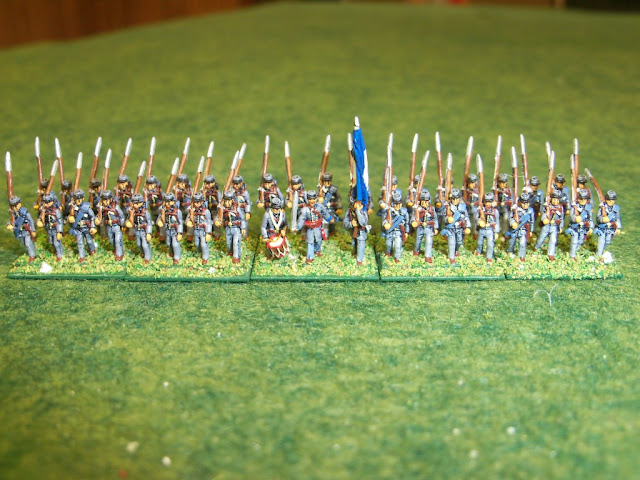 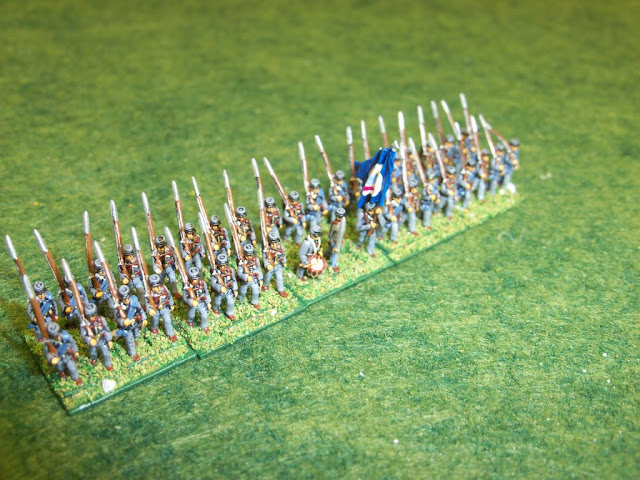 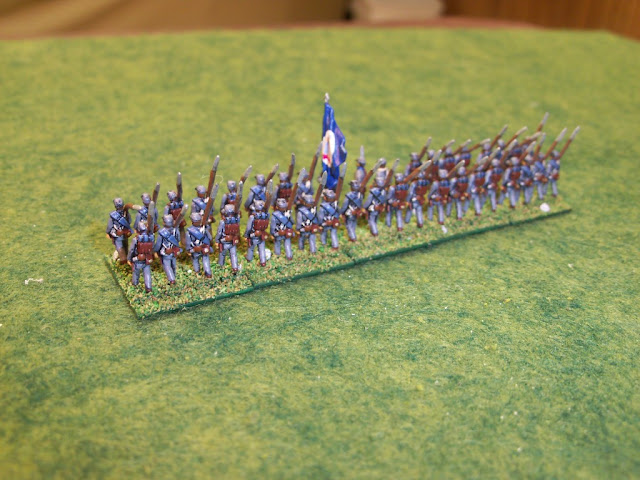 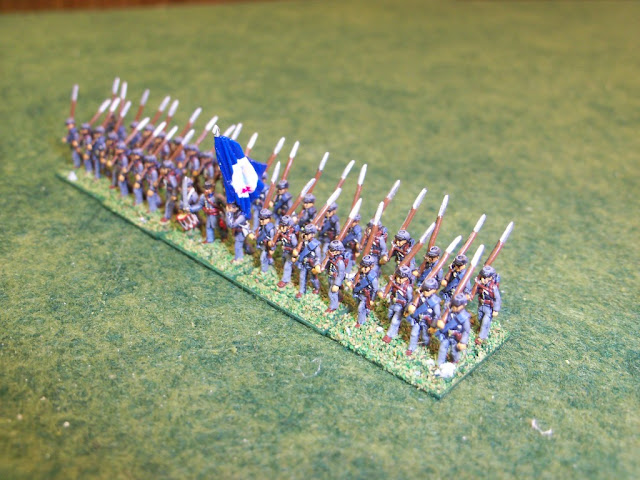 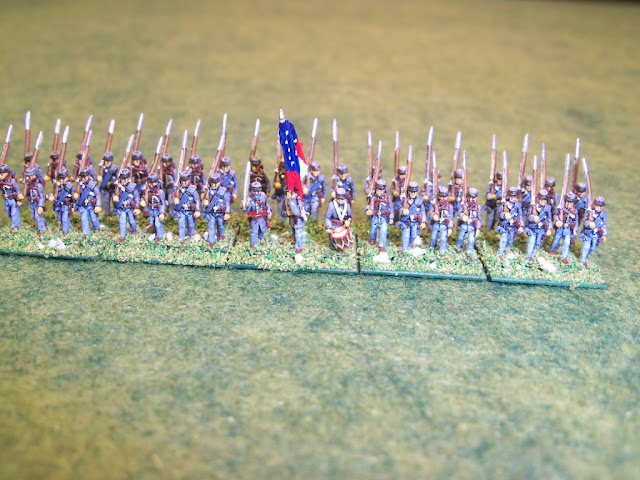 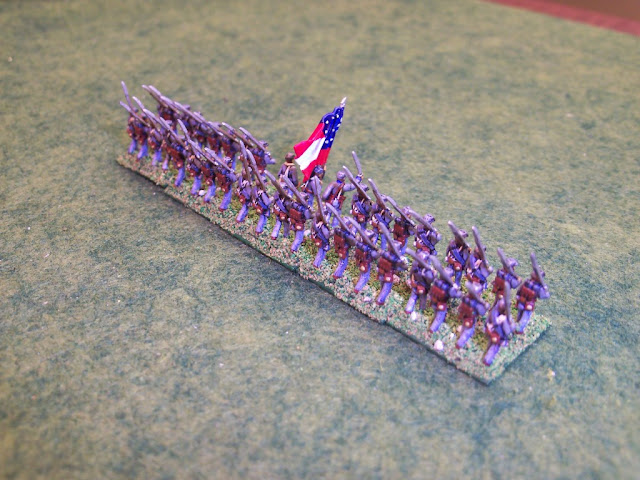 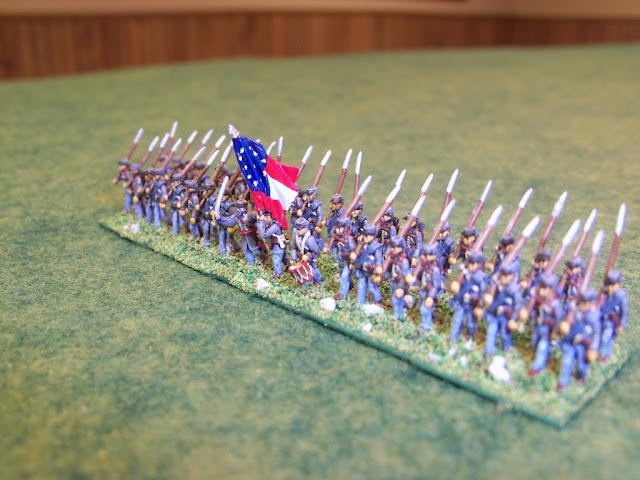 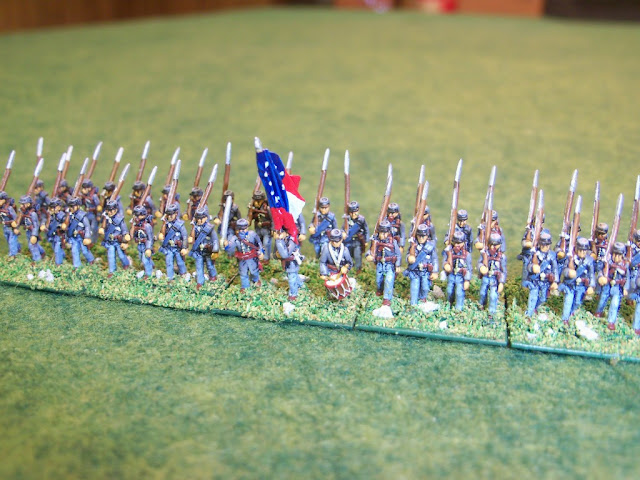