If you missed it, see the first part of this adventure here.

After failing to reach the Fountain of Fate on their previous attempt due to a cave in, our brave adventurers re-enter the dungeon complex through a different entrance. They are hoping to make their way to the legendary fountain by an alternate path, and thereby complete their quest to use the magical waters of the fountain to uncover the details of a foretold invasion of the Empire. 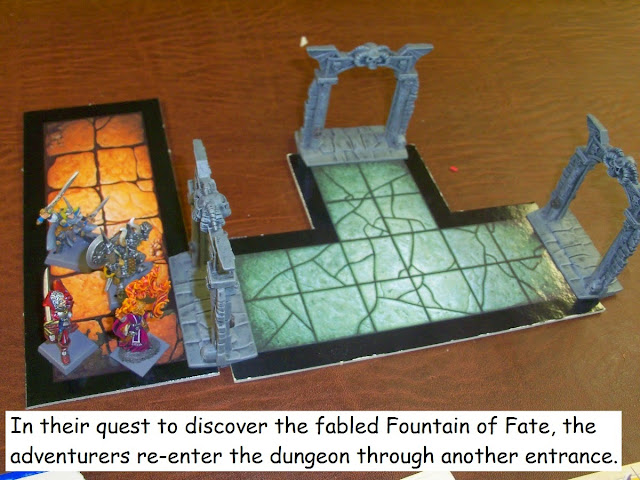 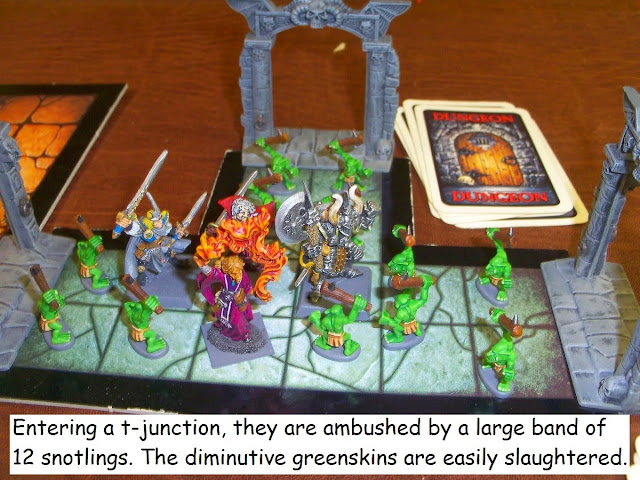 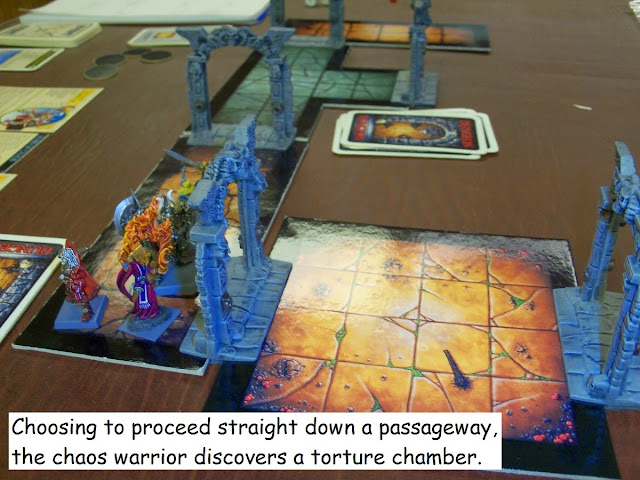 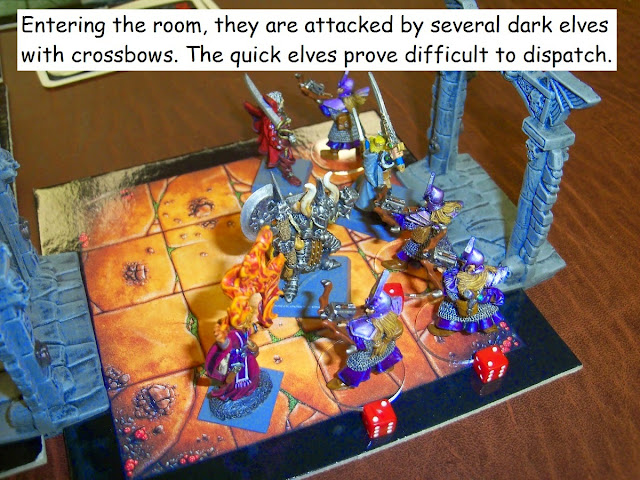 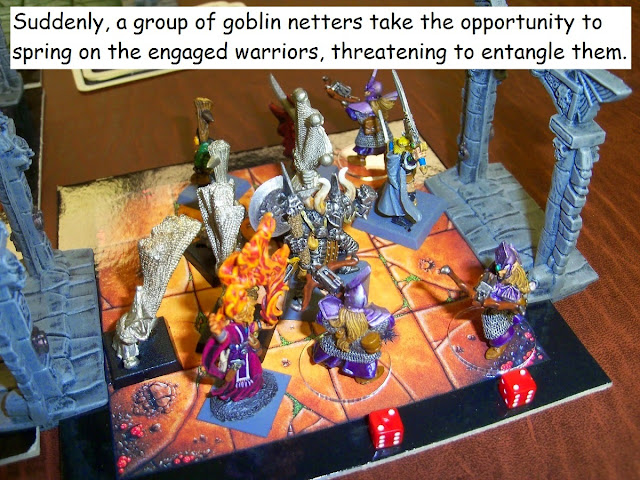 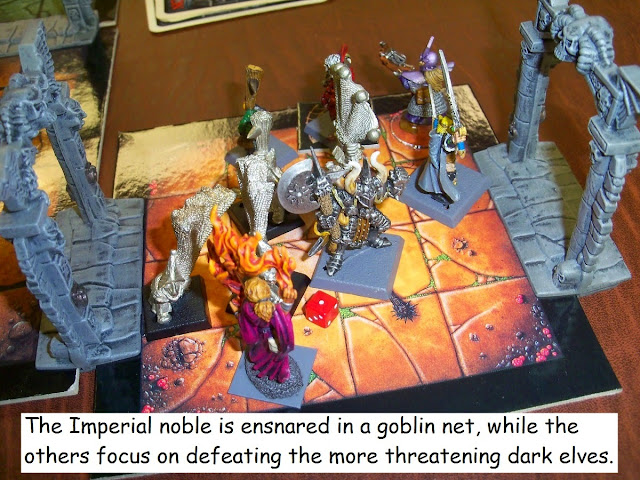 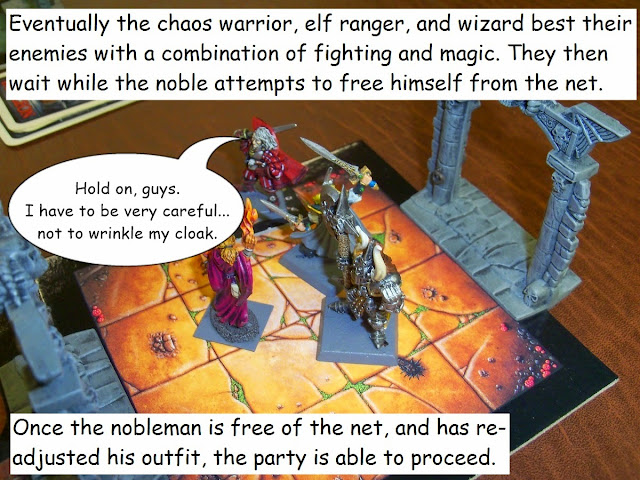 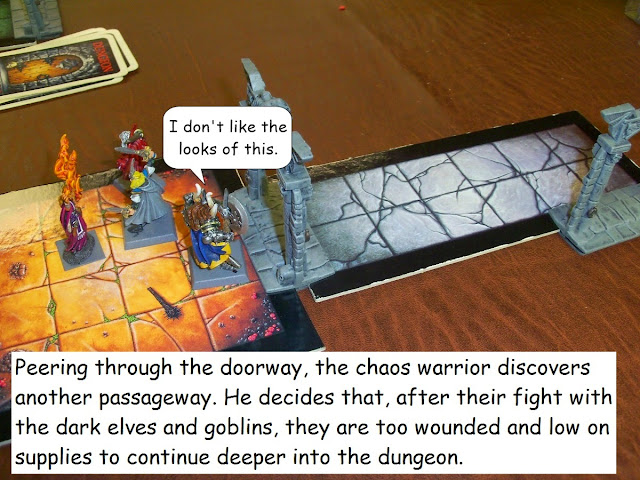 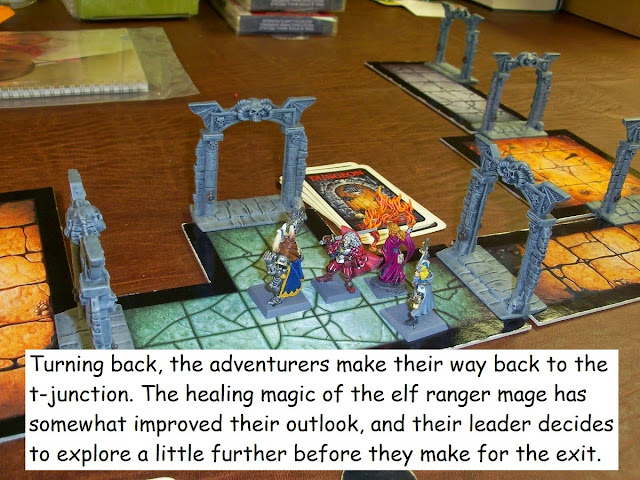 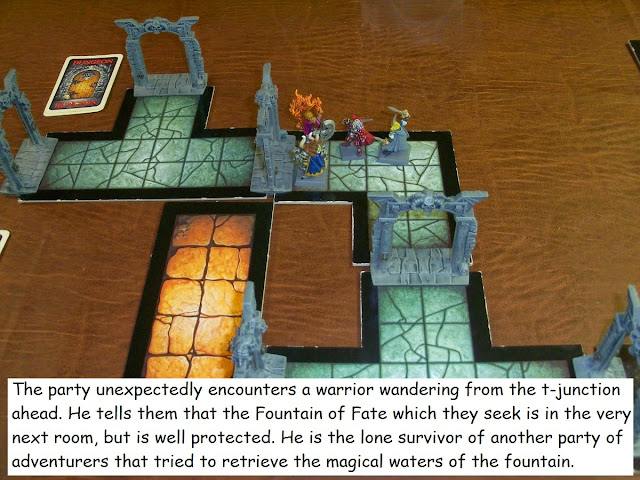 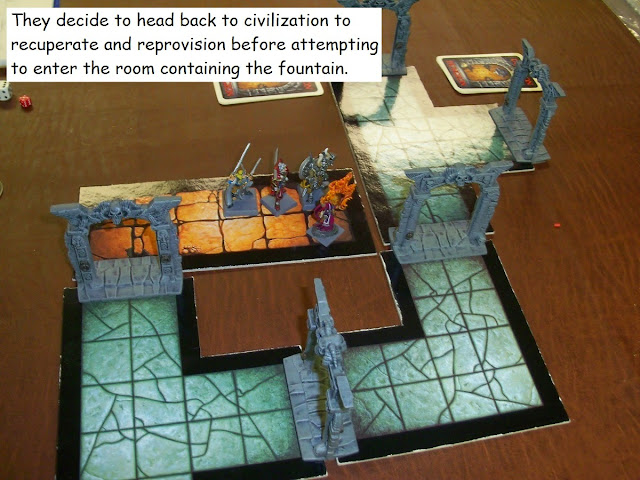 After the adventurers exited the dungeon, the mysterious warrior they encountered claimed to know the way to the nearest town, so they headed off to travel with him. After several weeks, it was clear he had gotten them hopelessly lost, so they abandoned him in the night and went off on their own. Their journey was further delayed when the wizard broke his ankle, slowing down their progress. Eventually, a blizzard forced them to give up looking for a town and take shelter at the nearest village.

Immediately upon arriving at the village, the elf ranger mage was unceremoniously thrown out into the blizzard, and in the process the village guards stole all of his gold. Obviously the villagers don't like elves. The Imperial noble lived riotously for a couple of days, or at least as riotously as one can live in a small village. This completely depleted his funds, and he was forced to leave the village. The wizard got taken in by the sermons of a local priest, and donated all of his gold to the preacher and his worthy causes. The three all wound up leaving the village flat broke. The chaos warrior fared slightly better, though he didn't accomplish anything except acquiring a pet dog.

Unable to find or afford any supplies, and having wasted several months just to reach the miserable little hamlet, the adventurers were compelled to move on. They planned their return route carefully to avoid getting lost, and set out on the journey back to the dungeon containing the Fountain of Fate.
Posted by Craig Welter at 8:00 AM