The Emperor’s Wizards tell him that the mystical signs warn of an imminent invasion, but they can see no further than this, as dark powers cloud their vision. They have no idea if the assault will come from the Chaos Wastes of the far North, from the Orcs of the Dark Lands to the East, or from some other unsuspected quarter.

The most aged Wizard Lord of the Celestial college suggests that the answer lies in a magical pool - the Fountain of Fate which holds the secrets of all things. While the Empire prepares all its borders for war, a party of four brave Warriors is gathered to search for the fountain, reputed to be found somewhere below the Middle Mountains.

This is an unusual party of adventurers, which is composed entirely of aristocrats of one kind or another. It is led by the "Chaos Warrior" character, in this case a second son of a noble family who joined one of the knightly orders. He is now a knight out questing, though he secretly worships the gods of Chaos and seeks glory in order to gain their attention. Joining him is an elf ranger mage from a noble elf household based in L'Anguille. The party also contains an Imperial nobleman who has spent and/or gambled away his entire fortune, and now must go adventuring in hopes of finding enough treasure to keep his estates running a while longer. Rounding out the group is a younger son of a noble family who showed some magical aptitude, and was able to get into the Imperial colleges of magic in Altdorf. Before finishing his studies, he has decided to take some time off and adventure around the Old World "finding himself". These aristocratic adventurers have banded together to search for the fabled Fountain of Fate. 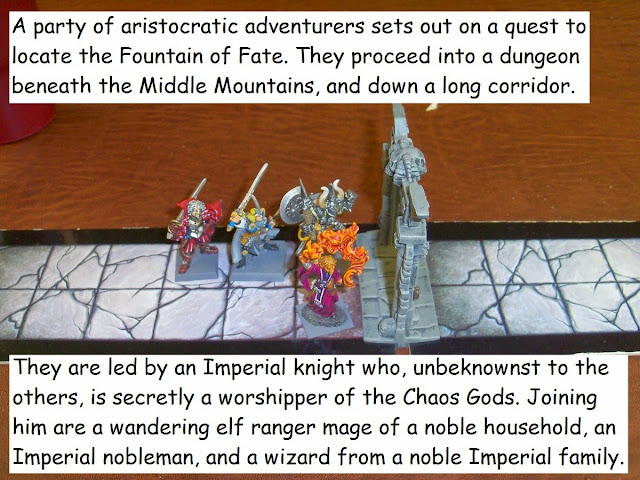 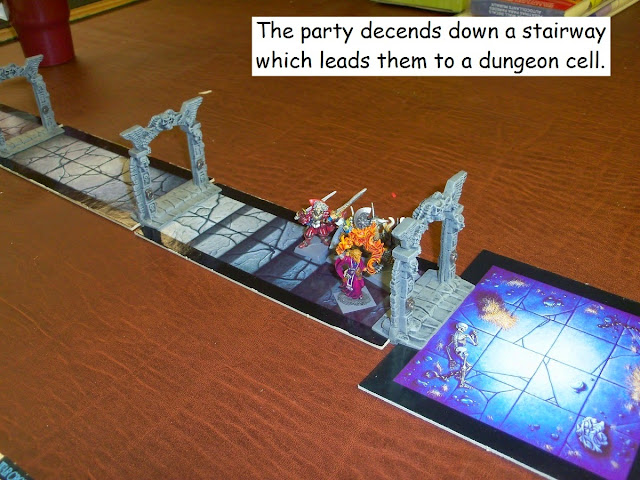 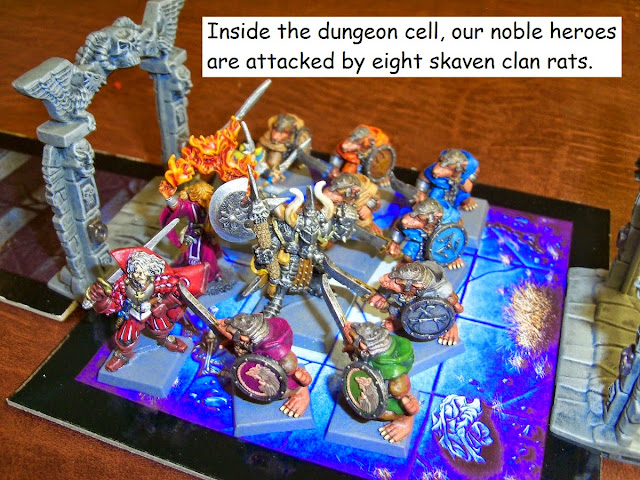 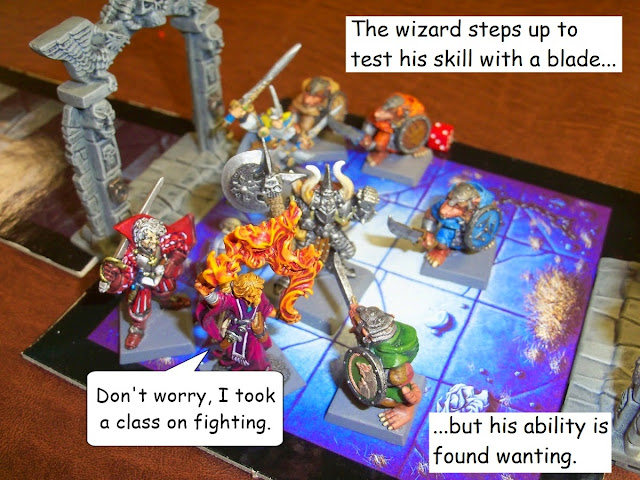 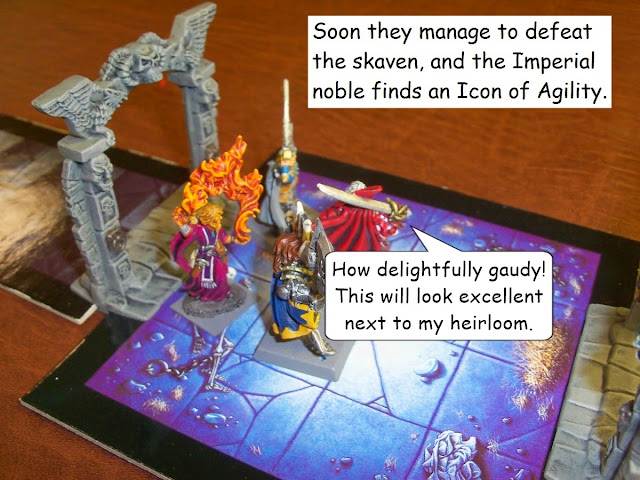 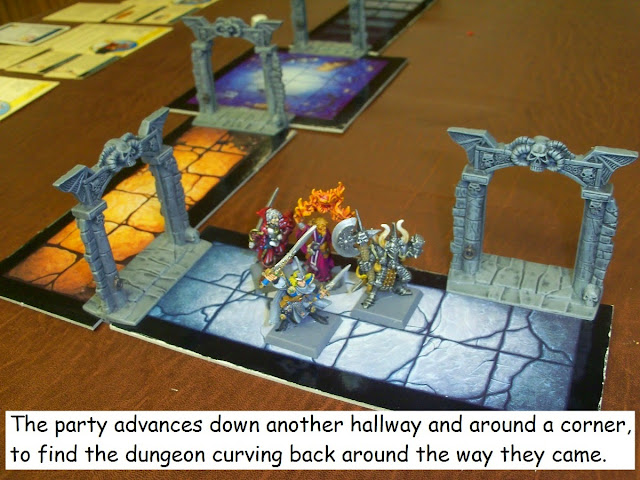 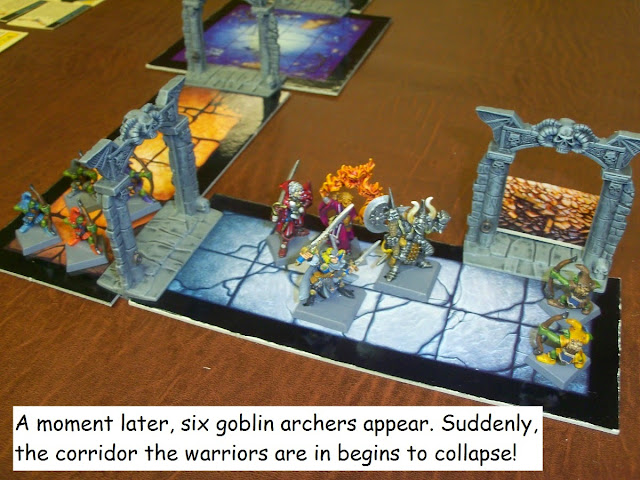 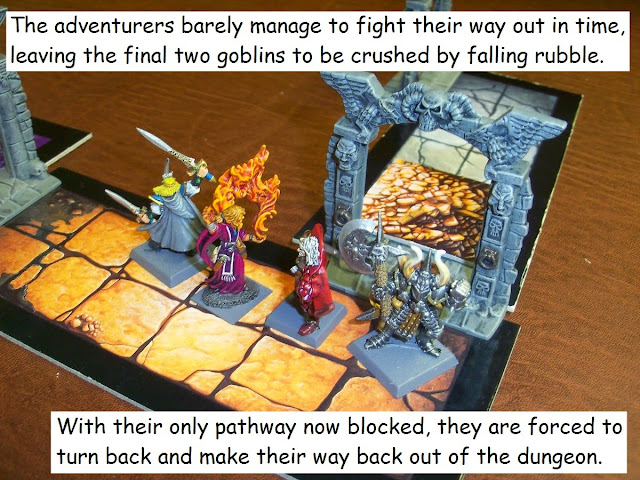 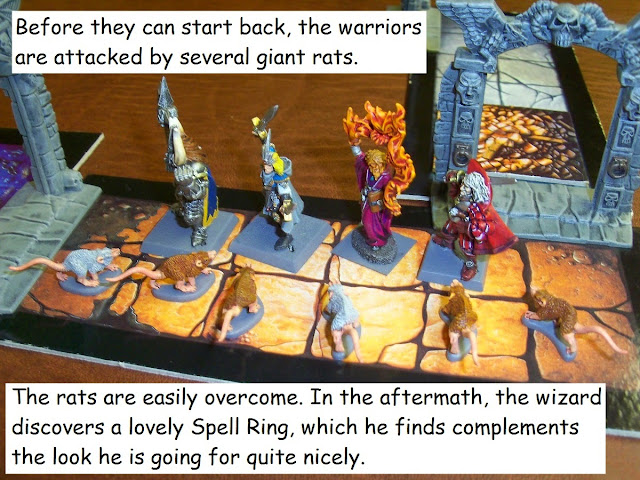 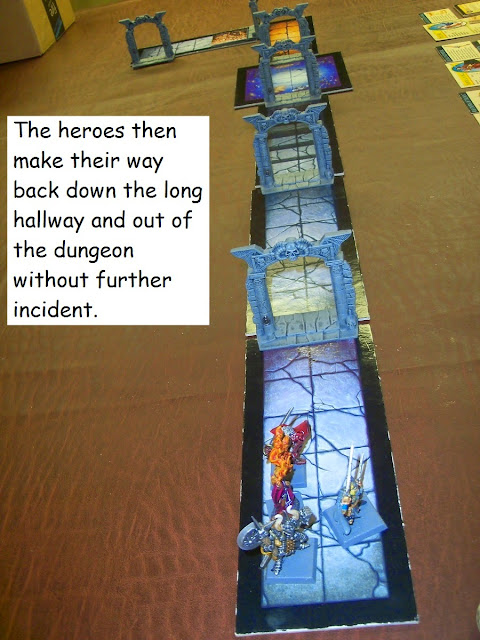 Instead of returning back to civilization without success, the adventurers search around for another entrance to the same dungeon system in order to make another attempt to locate the Fountain of Fate. But that is a story for another time.
Posted by Craig Welter at 8:00 AM