If you missed it, see the first part of this adventure here, and the second part here.

In their previous attempt to find the Fountain of Fate, the band of noble adventurers explored a dungeon for a while without locating the fountain, before heading back to rest and buy supplies. Before leaving the dungeon, they had encountered a wandering warrior who informed them of the location of the fountain room, though they did not verify his claims. Now the party has returned to the dungeon, hoping that the warrior was correct about the location of the mystical fountain. If so, they should be able to reach it quickly and use its magical waters to discover the source of the looming threat to the Empire. 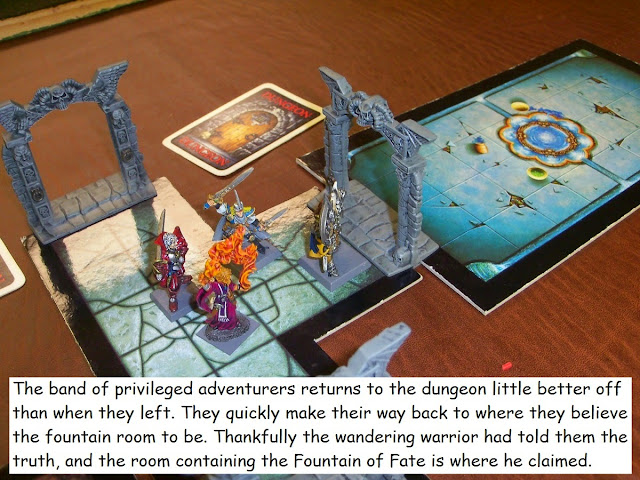 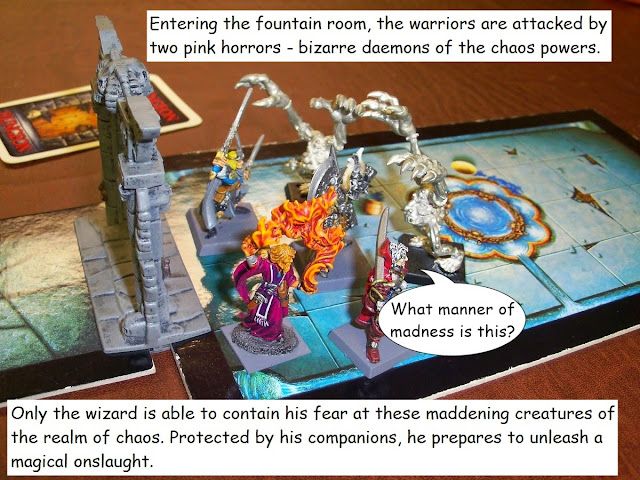 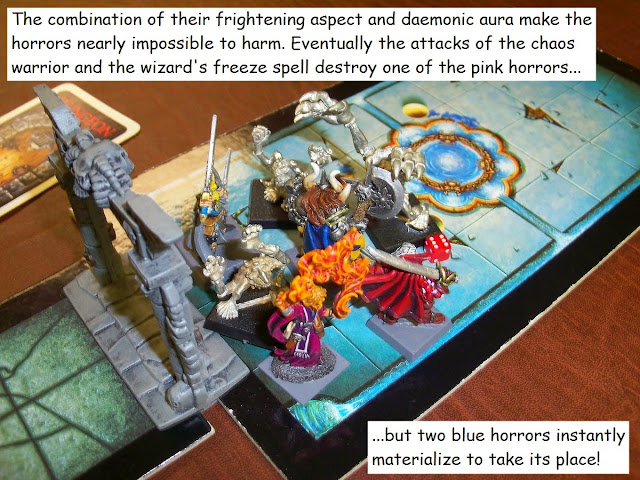 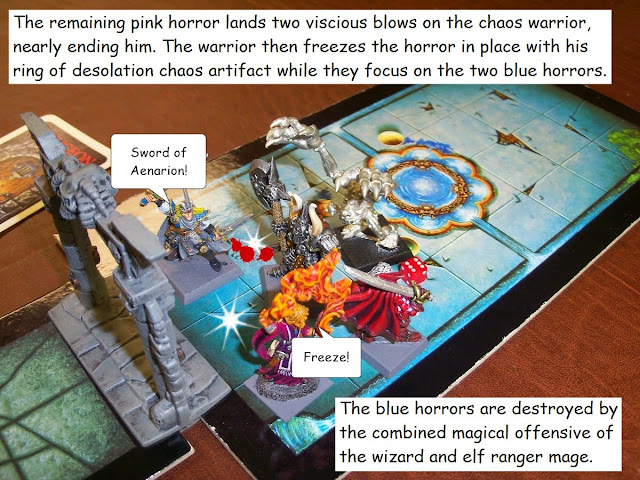 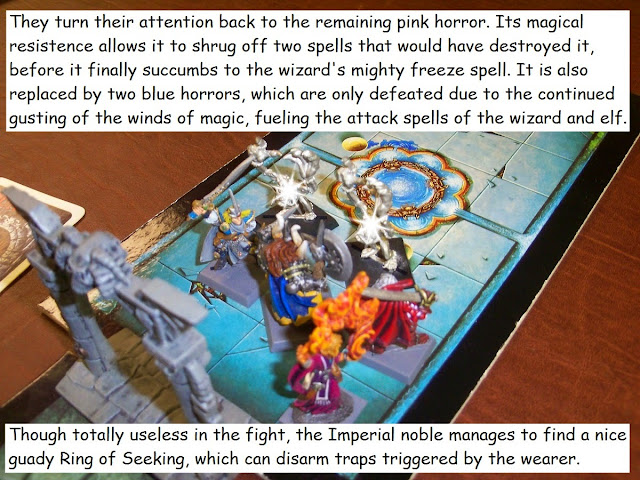 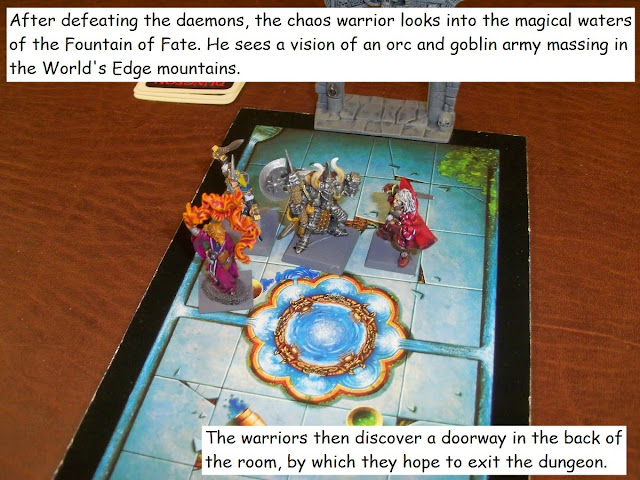 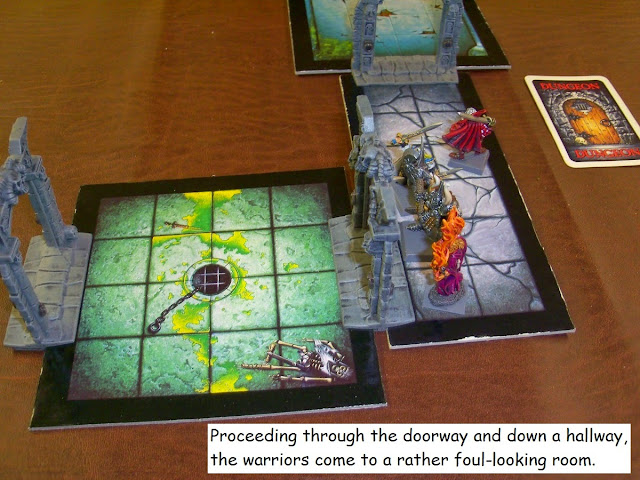 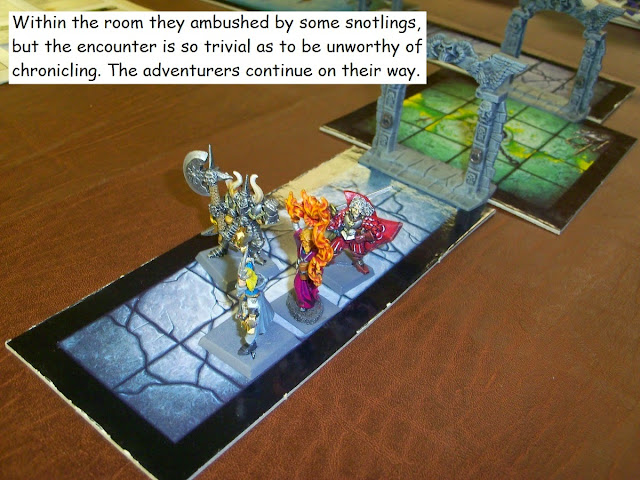 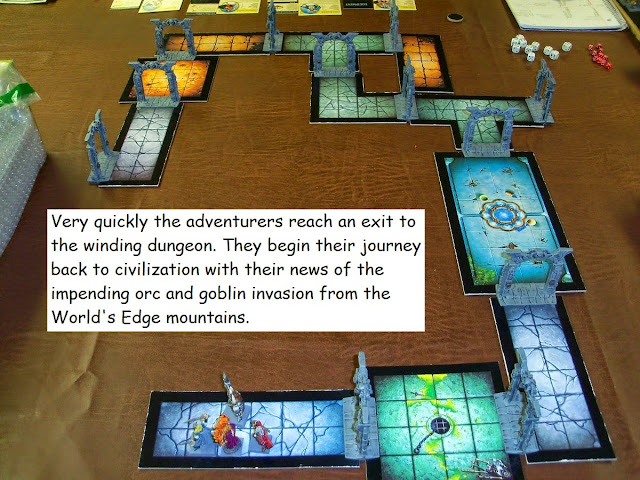 The warriors reported back to the Emperor the vision of the massing orcs and goblins in the World's Edge mountains, and were rewarded for the information. Unfortunately, since it took so many months for them to accomplish their mission, there may not be much time left to prepare a defense against the impending invasion. The party then traveled to the nearest town, amazingly having three consecutive weeks of uneventful travels. On the fourth and final week of their journey, they encountered some of the elf ranger's massacred kin, who appeared to have been slaughtered by a band of chaos warriors. As a result, the elf now has a burning hatred of chaos warriors. Hopefully he will not discover that the leader of his adventuring party is one of them!

Upon reaching town, the adventurers went about spending some of their reward money. They mostly bought bandages and other basic supplies, but the chaos warrior acquired a shield and throwing axe, the elf ranger some fine robes, and the Imperial noble some powder and shot. The wizard visited the wizard's guild and his ability to convince others to give him stuff resulted in him leaving with a huge array of potions. He was also able to replace the Resurrection spell in his repertoire with the much more useful Healing Hands. This should help keep the party adventuring much longer before having to withdraw to recover from their wounds.
Posted by Craig Welter at 8:00 AM