Once upon a time, there was a place of carved stone faces. A man with a lantern lay sleeping a dreamless sleep. The man knew nothing.

One day, the man woke up. He rubbed the dried ink caked over his eyes and opened them. Around him, he saw other people stirring, and beyond, a horizon of unbroken darkness.

A woman approached the man with the lantern. Her soft hand reached out to him. They had no words. They were a mystery to each other.

Suddenly, a monster emerged from the darkness, its eyes wild with hunger. It attacked.

The people were no match for the monster. It tore their flesh and crushed their bones between its teeth. Some, it devoured whole.

Overcome with terror and grief, the man with the lantern collapsed to the ground. Cold stone noses pushed into his side. There was no escape.

But the man did not want to die. Desperately grasping at the cold stone faces, he felt a crack, and tore at it with all his might. A piece of stone came free. It was sharp and deadly.

The man with the lantern scrambled to his feet, his weapon clenched in his fist. He took a deep breath and roared into the darkness.

Somewhere in the place of stone faces, nameless men stand together. They have nothing but a need to survive and a lantern to light their struggle. 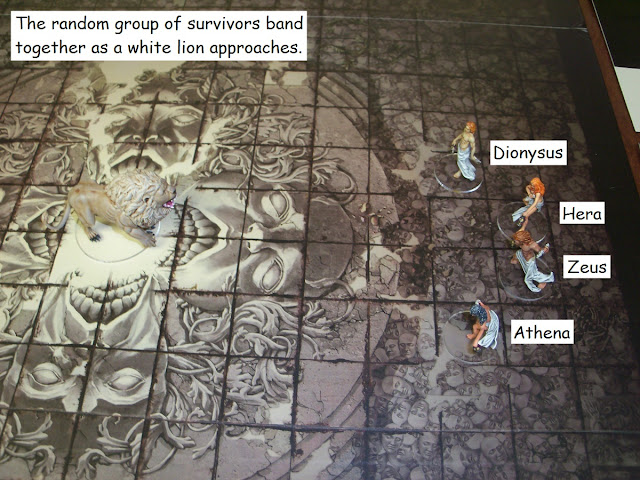 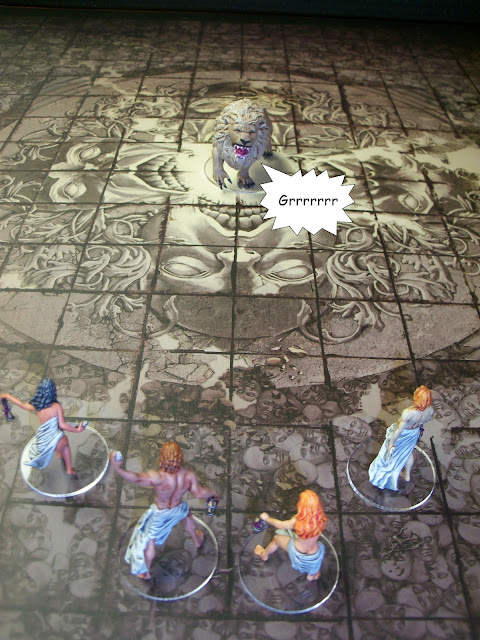 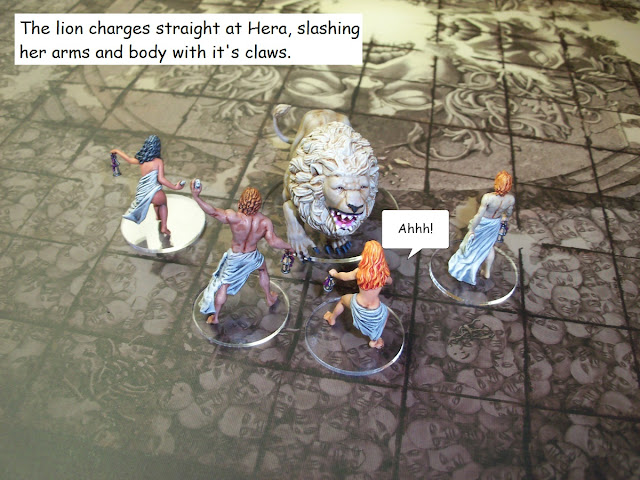 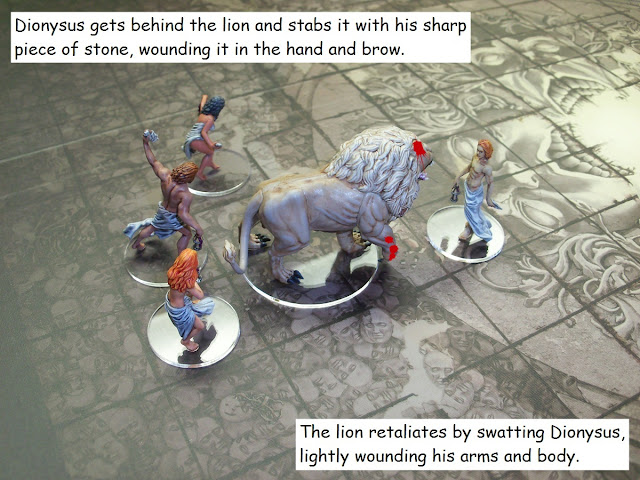 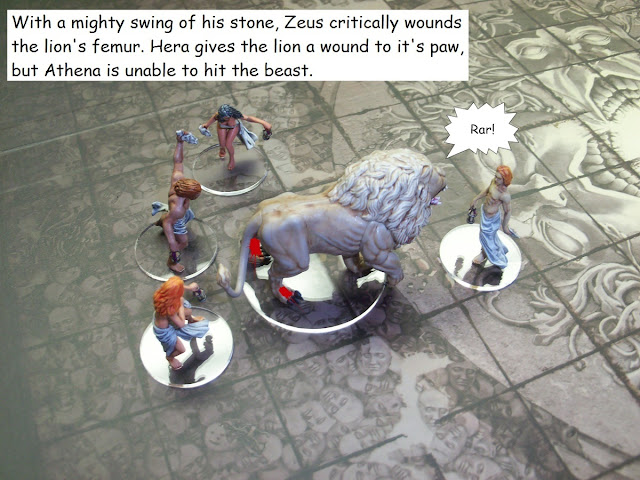 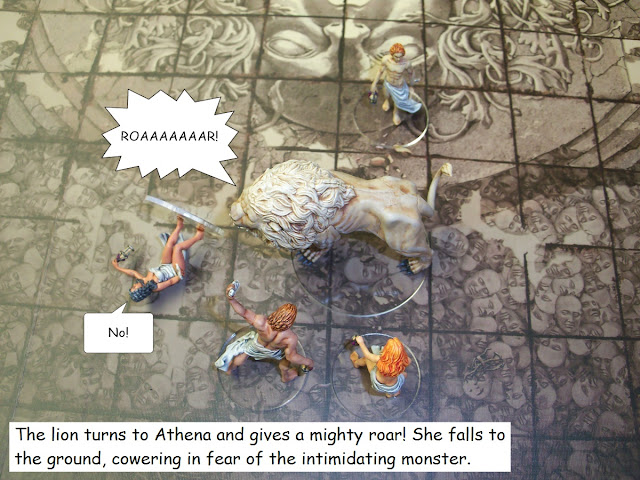 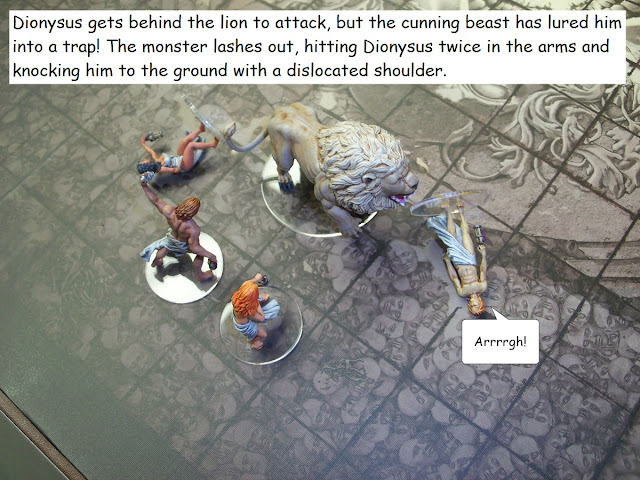 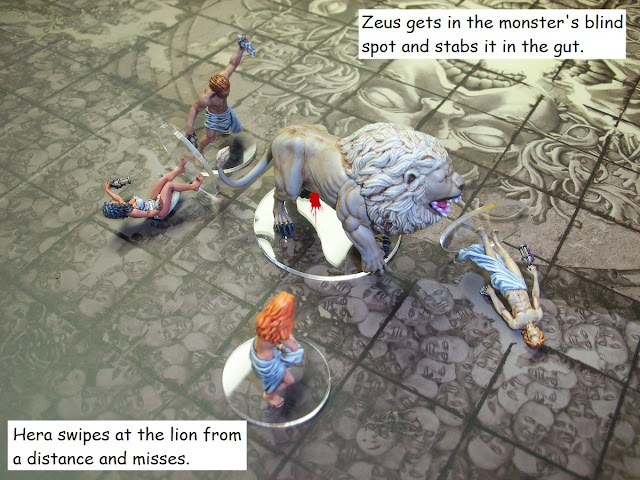 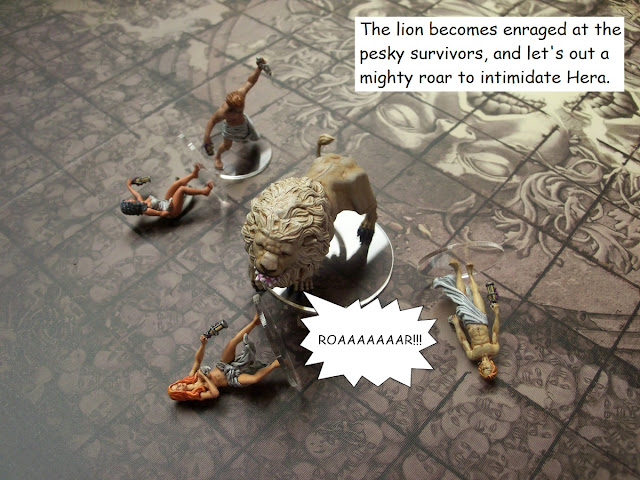 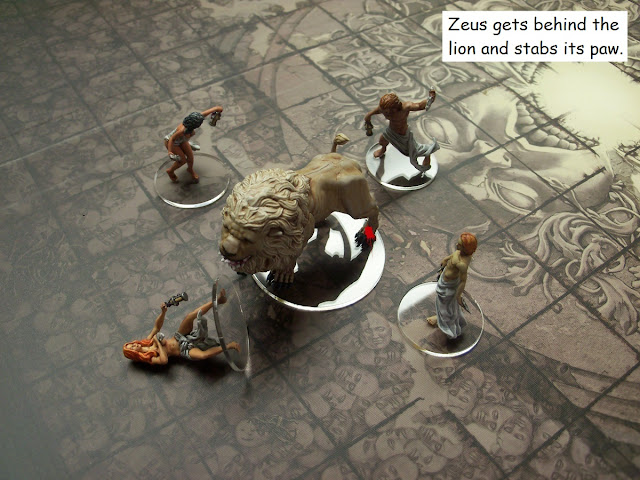 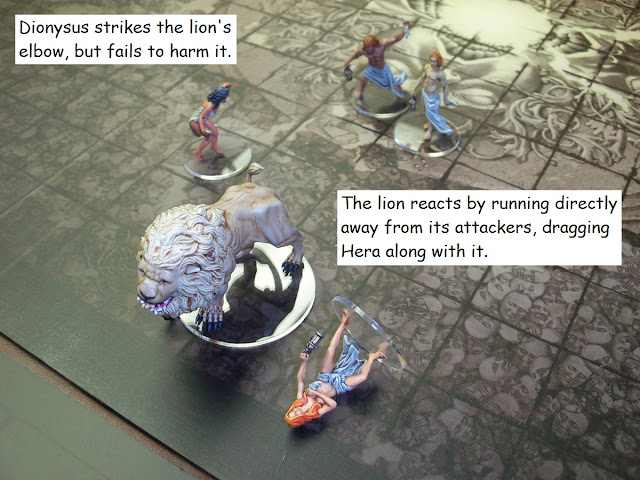 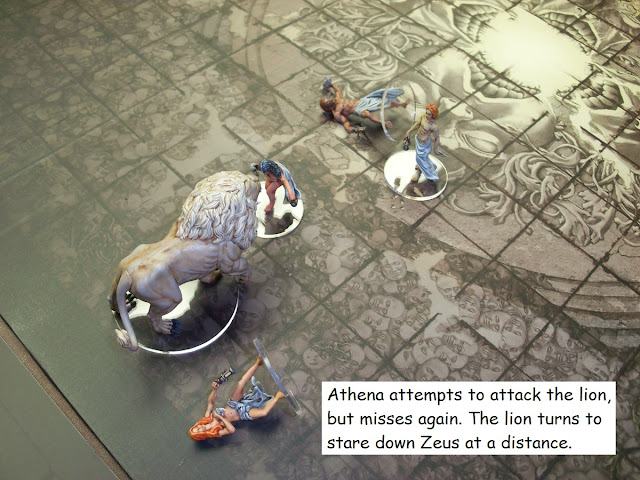 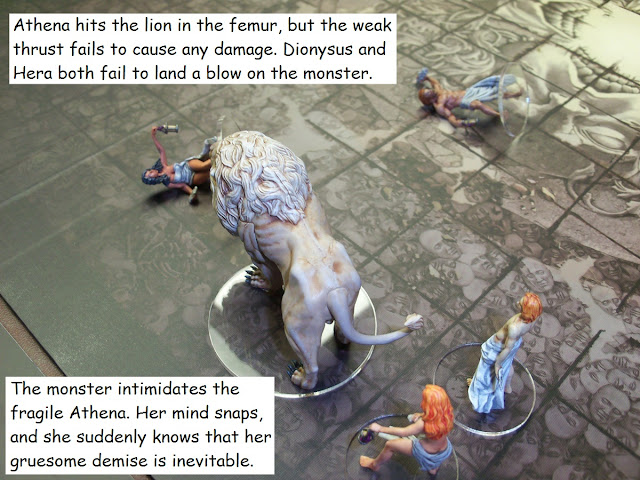 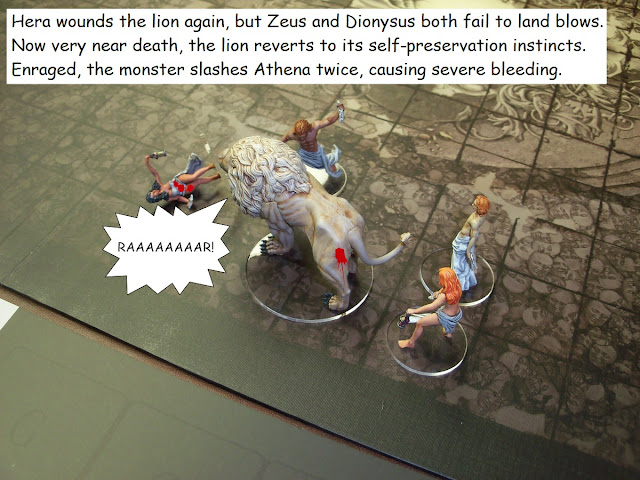 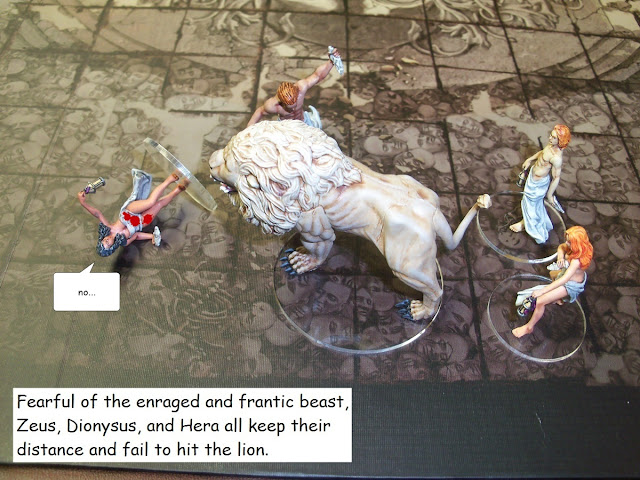 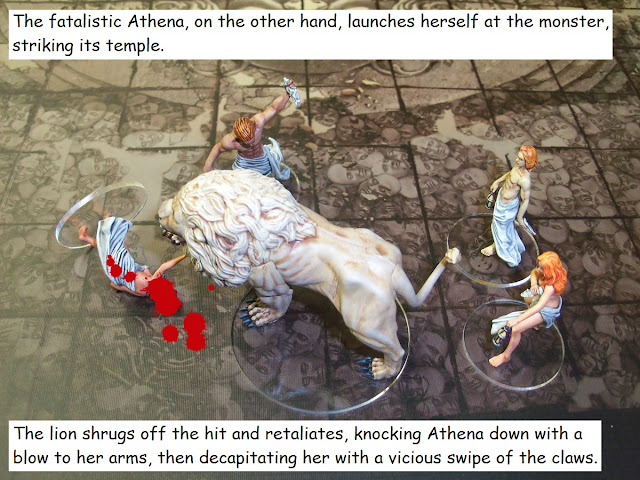 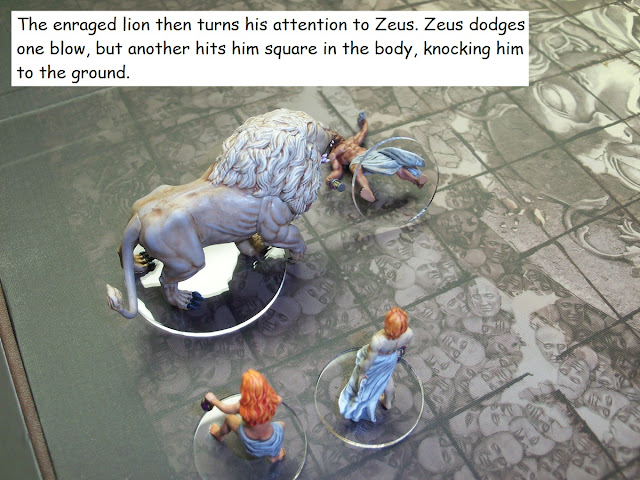 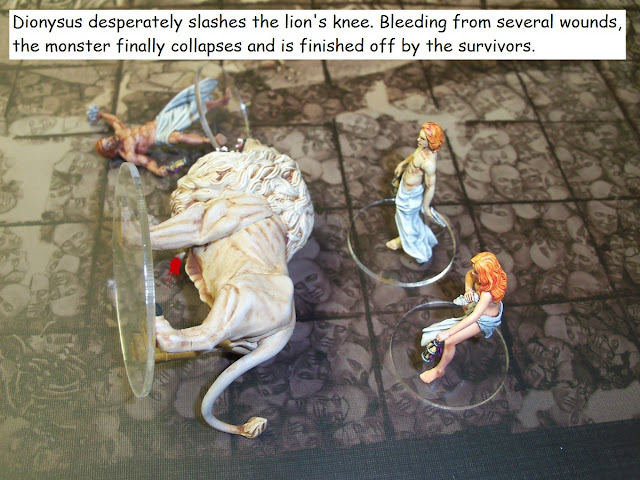 The remaining survivors dissect the monster to scavenge its parts. They take a lion tail, curious hand, sinew, shimmering mane, lion testes, monster hide, love juice, monster organ, and monster bone. They then wander the darkness, drawn to a soft glow on the horizon. Eventually they discover a settlement with 10 other survivors. Zeus, Hera, and Dionysus decide to eat the otherwise useless Athena, gaining another founding stone and some insanity.

Zeus then steps forward and utters the first words to the gathered survivors, introducing the concept of language. Working together, they endeavor to create a skinnery, an organ grinder, and a bonesmith in their settlement. Zeus begins referring to the fledgling settlement as Olympus. Using up almost all of their resources, the survivors craft 2 rawhide headbands, 2 rawhide vests, 2 containers of monster grease, some rawhide gloves, and a bone axe.

Zeus and Hera then drink the love juice, discover the joys of intimacy, and bear a child. The child, whom they take to calling Ares, grows to adulthood incredibly quickly. He is raised to be strong and survive. He is tough, but bears the mental scars of his harsh upbringing, manifesting in a Quixotic tendency to think he is stronger than he really is when he is buoyed sufficiently by his insanity.

Now out of precious resources, the survivors know they will soon need to venture away from the safety of Olympus to hunt one of the beasts that roam the darkness.
Posted by Craig Welter at 8:00 AM