The Warriors have been employed to carry out an apparently simple task, for which they will be well paid. All they have to do is solve an inheritance dispute between two Imperial Lords, by correctly identifying a body buried in a far away tomb in the Worlds Edge Mountains. 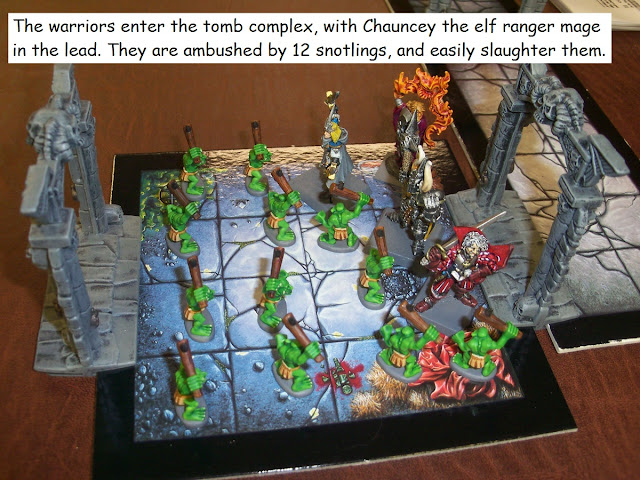 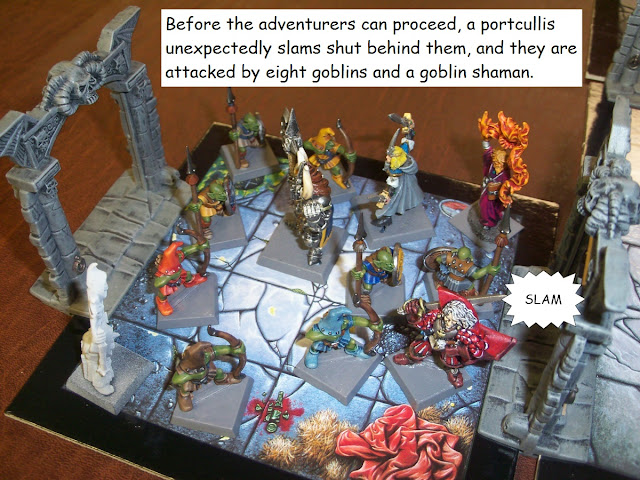 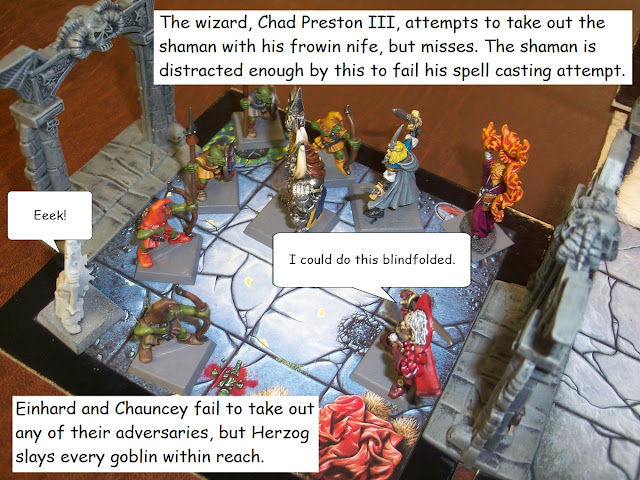 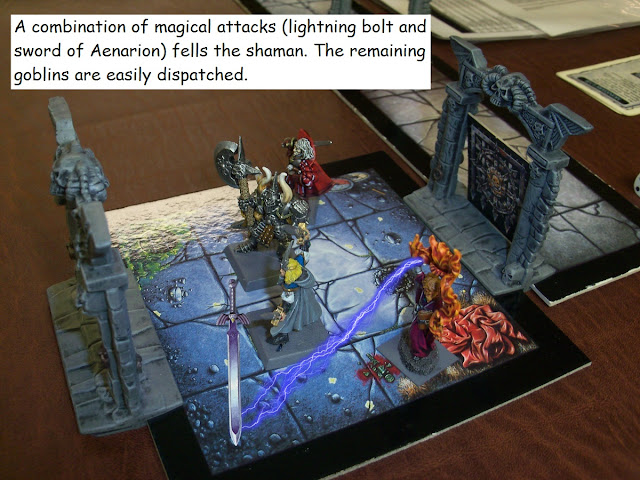 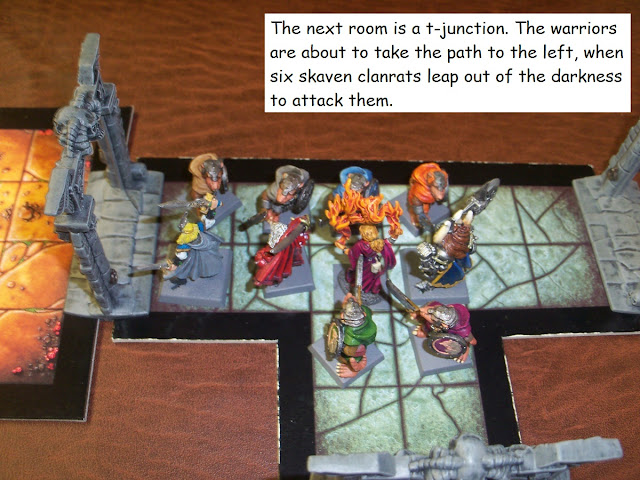 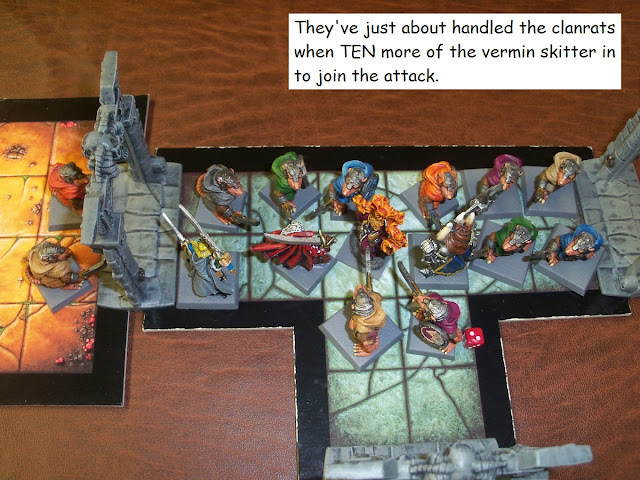 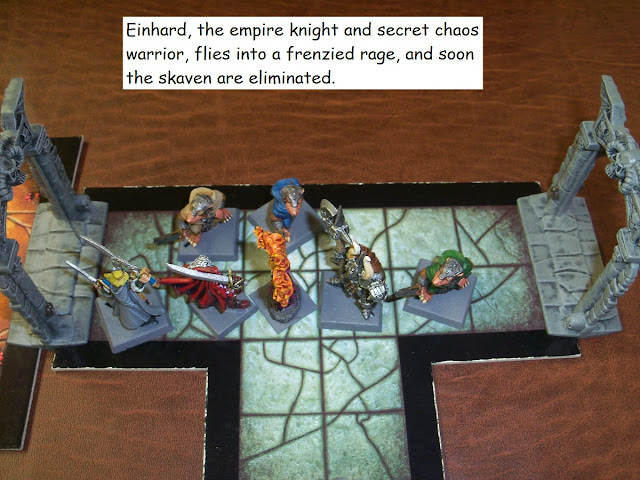 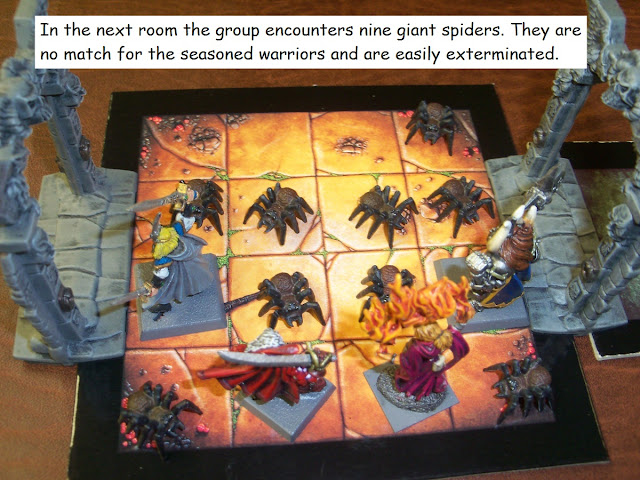 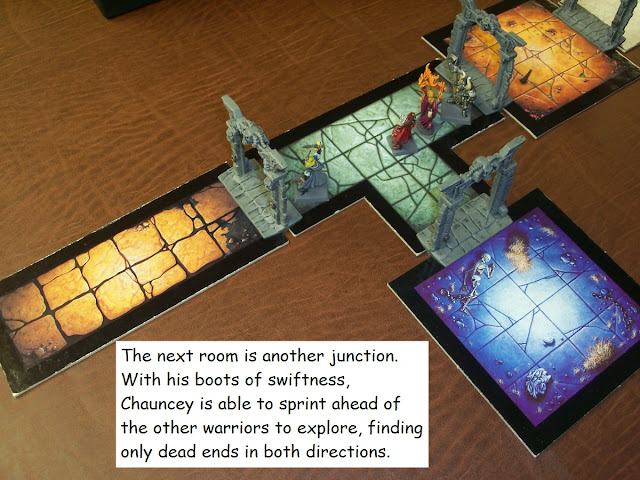 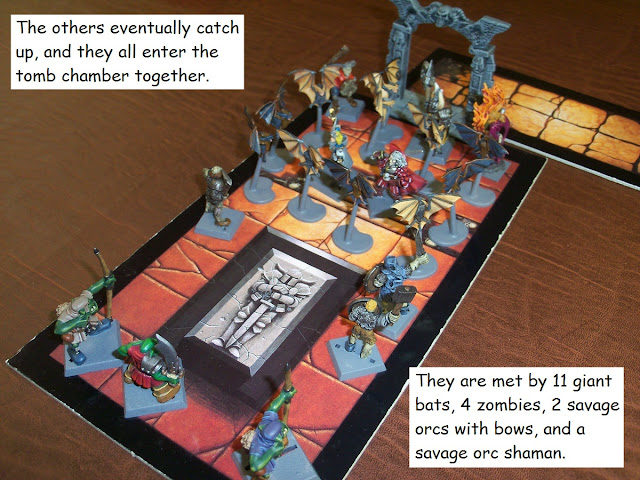 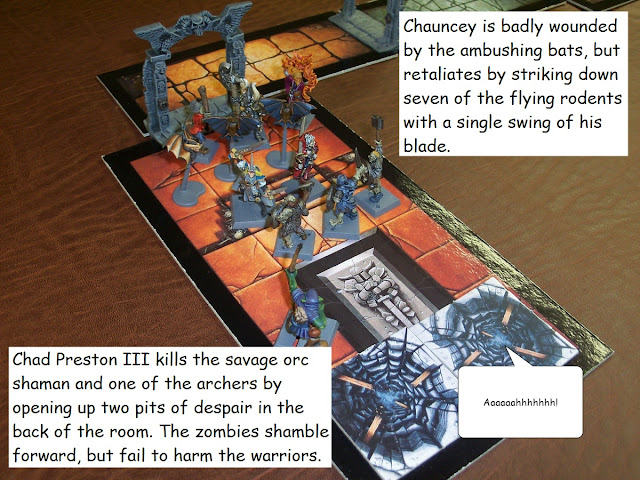 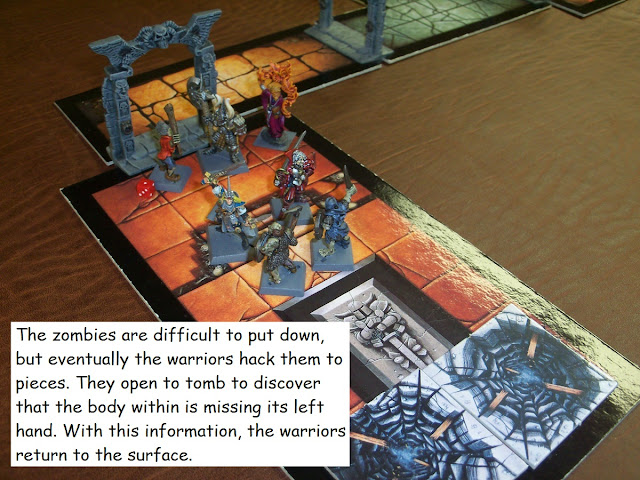 With the party sitting on a lot of money and ready to do some training, they decide to head for a city. On the way they come upon the scene of a massacre. The victims turn out to be relatives of Duke Herzog von Gefahr. Before the last one dies he informs the Duke that the perpetrators were a roving band of goblins, causing Herzog to develop a burning hatred for the cowardly little greenskins.

Riding ahead on his horse, Chauncey reaches the destination city a week ahead of the others. He sends word to their employers that they found the specified body, and it was missing its left hand. This means it belongs to the house of Bravin. The deceitful lord of the house of Bravin claims that he already discovered the truth on his own, and refuses to pay the fee he promised to the adventurers. The Lord of the other house is not happy with the outcome and also doesn't pay, leaving the warriors with no reward for their troubles.

Chauncey visits the elf noble house in the elf quarter, and spends some time training with a very experienced elf ranger. As a result his abilities improve, and he learns to perform a reaction strike to attack just as a monster appears. Meanwhile, the rest of the party has almost reached the city when they encounter a stranger who claims to know a shortcut. Misled by the stranger, they end up at a village. The villagers give them directions to what they think is the nearest town, but the trip will take another 6 weeks. The adventurers really want to be able to spend their money and train, so they set out again on the long journey.

On the way, Herzog breaks his leg in a tornado, and Chad Preston III breaks his ankle in a fall. They keep pushing, and eventually hobble their way into the town. While there, Herzog and Einhard both train in their own ways. Herzog learns to use a sabre to fight defensively (which he decides is not really his style), and also improves his swordsmanship by learning to feint. Einhard, improved by the mutating power of chaos, becomes tougher (+1T), faster (+1 initiative and movement from the Fast attribute), and gains endurance (5 more wounds). He is also gifted with two chaos artifacts: a ring of illusion which will hide any obvious mutations, and armor of fortitude, granting him some magic resistance. (incidentally, my initial roll to level up would have given the chaos warrior SEVEN chaos attributes in addition to his existing two, and would very likely have meant turning into a chaos spawn, if I hadn't used a lucky charm and the mark of chaos to re-roll the two ones I had rolled on the "path of chaos" table.)

With that taken care of, the warriors sell some extra treasure and exchange some equipment with each other, then set out to meet up with Chauncey at the predetermined location, where he has been waiting for months.
Posted by Craig Welter at 8:00 AM