The box set of plastic savage orcs has the option of arming them with bows, sort of. It comes with 10 hands holding bows, and some hands holding arrows and some quivers, but this seems like an afterthought. They clearly aren't intended to be made into bowmen. Due to the poses of the models, they don't look like they intend to do anything with their bows other than hit someone over the head with them. And they look like they'd much rather stab someone with their arrows than actually fire them. In addition, there doesn't seem to be anywhere to attach the included quivers that looks like it makes any sense.

However, the savage orcs you encounter in Warhammer Quest have bows, so I gave these guys bows. It took some work just to get a couple of them to look like they might be considering actually firing their bows, and to attach the quivers where they hopefully don't look too out of place or tacked on.

The black tattoos on my savage orcs were some custom decal transfers I printed out from some designs I found online. After I was done painting I applied several of them to each orc, followed by many applications of a decal setting solution to get them to conform to the contours of the models. I wasn't sure how well that would work out, but in the end it turned out really well. Certainly much better than if I had tried to paint on some tattoos freehand. As with all my Warhammer Quest miniatures now, I mounted these on clear acrylic bases. Below are the results of my efforts. 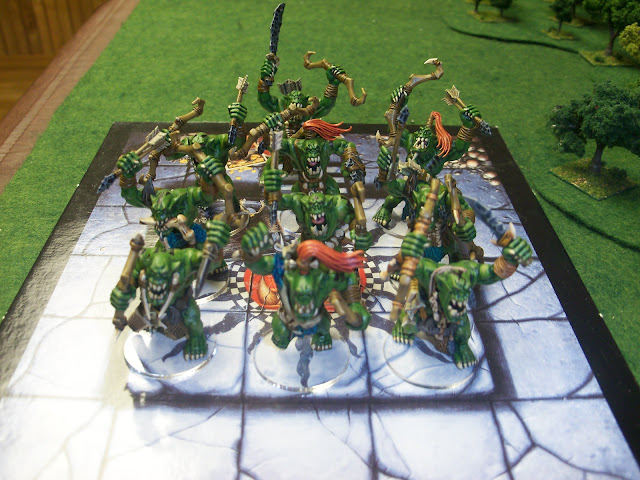 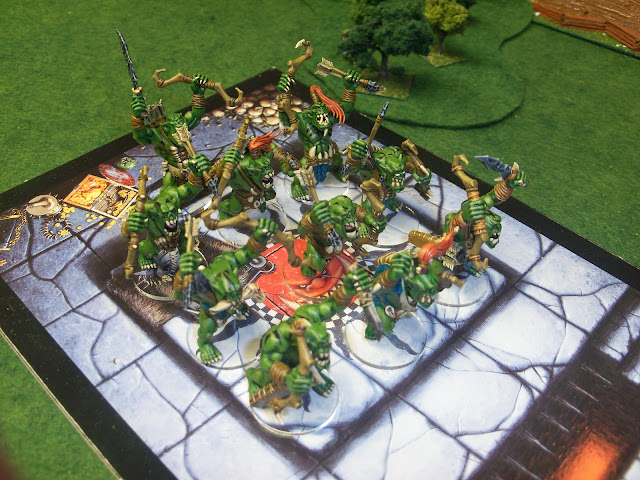 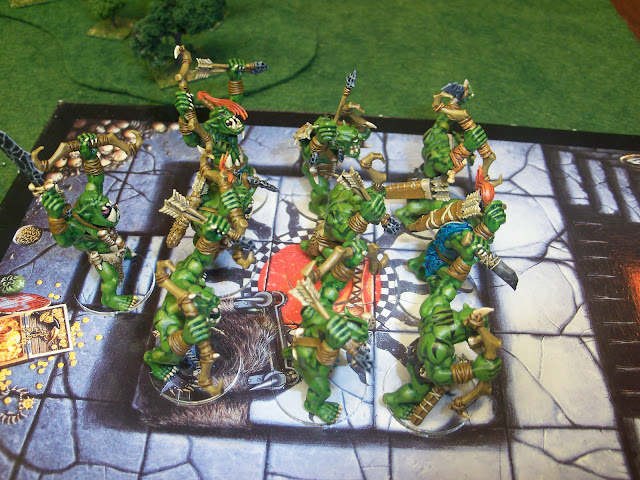 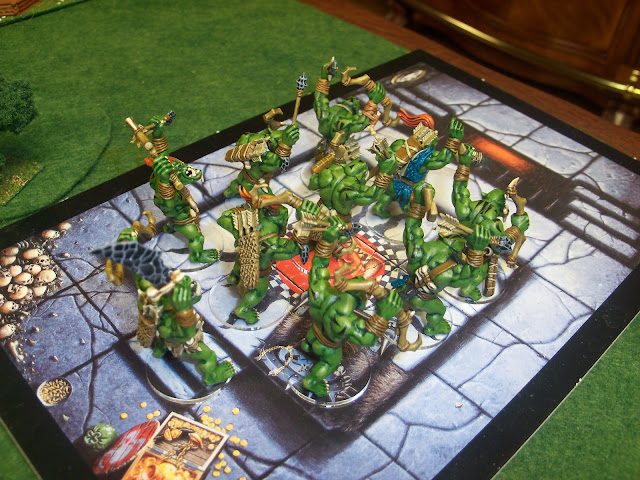 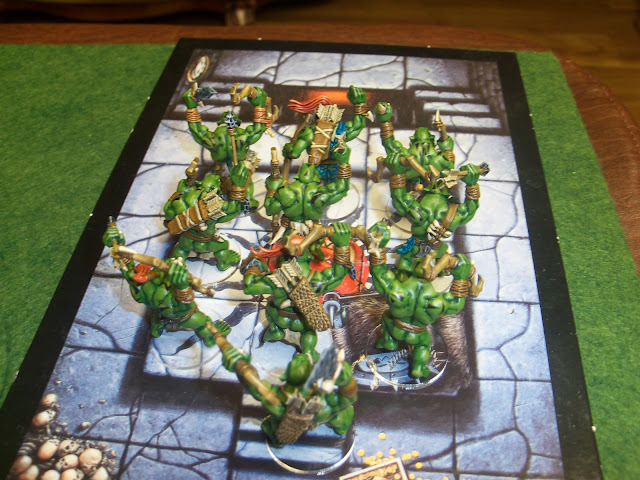 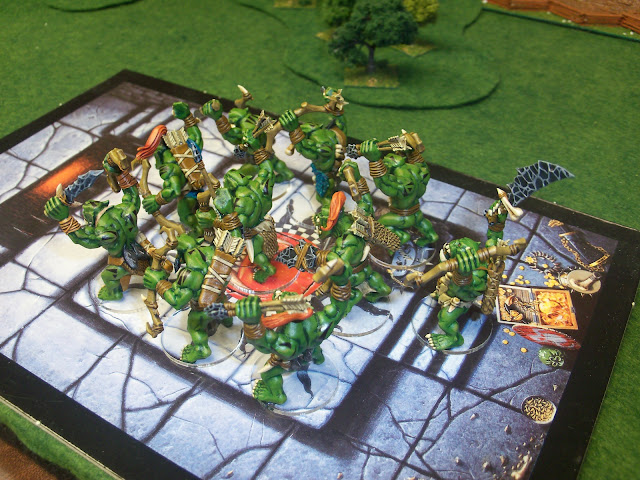 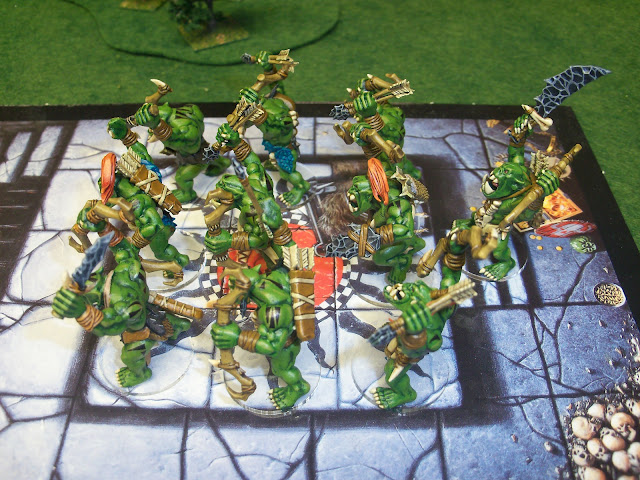 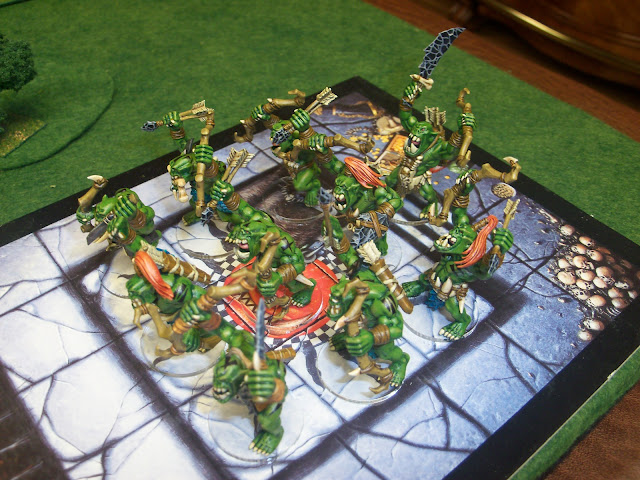 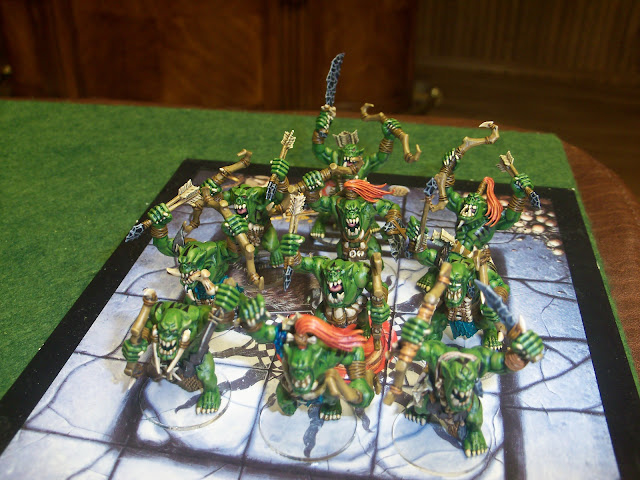