After finishing the introductory hunt scenario and my initial settlement phase for Kingdom Death: Monster (which you can read about here), I have have some gear for my survivors. Instead of assembling and painting a new batch of survivors to represent those armed with my new gear, which I would probably have to do after every settlement phase going forward, I decided to try magnetizing my survivor miniatures. I hope this will give me the flexibility to represent whatever gear combinations I need my survivors to have, or at least get a close representation, without needing to buy, assemble, and paint, a new batch after every game.

I started with the unarmored and rawhide armor kits. Each armor kit comes with four survivors, two male and two female. I decided that for each armor kit, I would attach the upper and lower bodies, to give four survivors each with the chest, abdomen, and leg coverings for that kit. In the game I might not always have all three of these as a matching set for each survivor I use, but I figured it would be a good enough representation anyway for a survivor that had mostly one kind of armor, and I didn't want to worry about every possible combination of upper and lower body.

I initially intended to magnetize the arms at the shoulder, but the kits have a lot more weapon options than they do extra arms, so I would have had to leave out some options. It would also mean I'd have at most one arm of each gender with any particular weapon. So, for example, I couldn't have two male survivors that both had a bone axe. Also, where the arms attach to the shoulder on these miniatures would have left a very visible and obvious join if magnetizing there. I decided instead to magnetize the hands at the wrist. This was much more difficult to do, as the parts are much smaller, but it gives a lot more options. It also allows the arms to be glued at the shoulder and the gaps there filled in and filed down smooth.

I also magnetized all of the heads at the neck so that for a particular named survivor, I could use the same head throughout a campaign even as they got new sets of armor. I could just move the head to a different body (as long as they don't get a helmet, I suppose, which some of the armor kits have). All together this should give me some great flexibility. It will be a lot to paint, and difficult to paint because I have a lot of separate heads and hand/weapon pieces I need to paint somehow. And this wasn't easy to do, because the smallest magnets I could find (1/16" diameter, 1/32" thick) just barely fit inside the forearms of the models, especially the female arms. Have a look at the pictures below to see how they turned out. 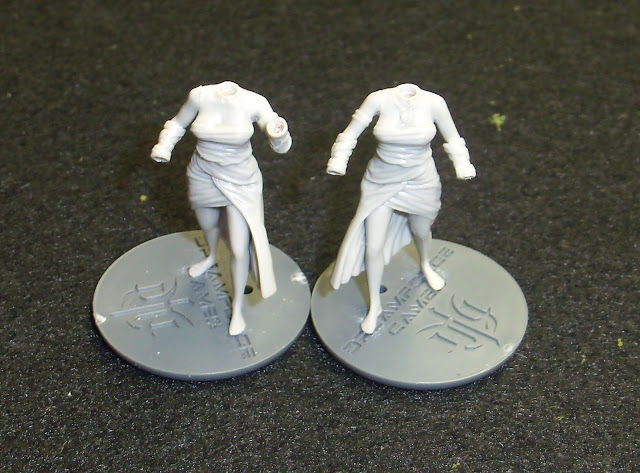 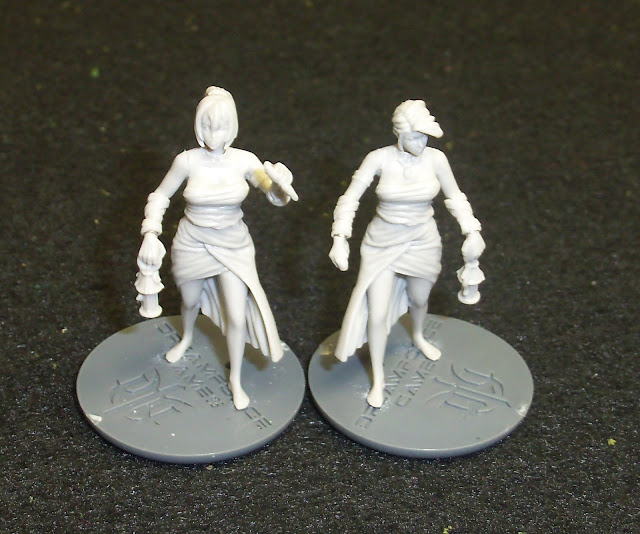 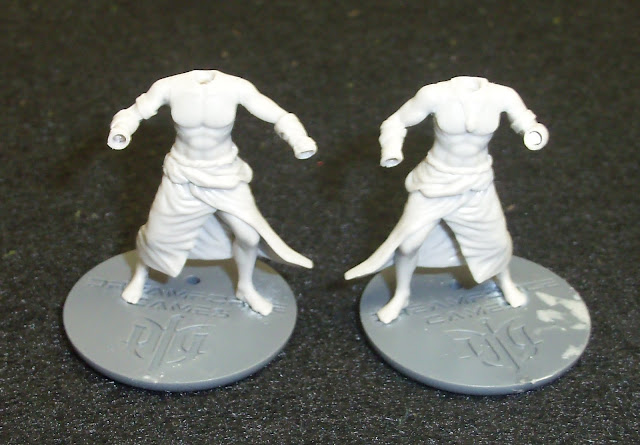 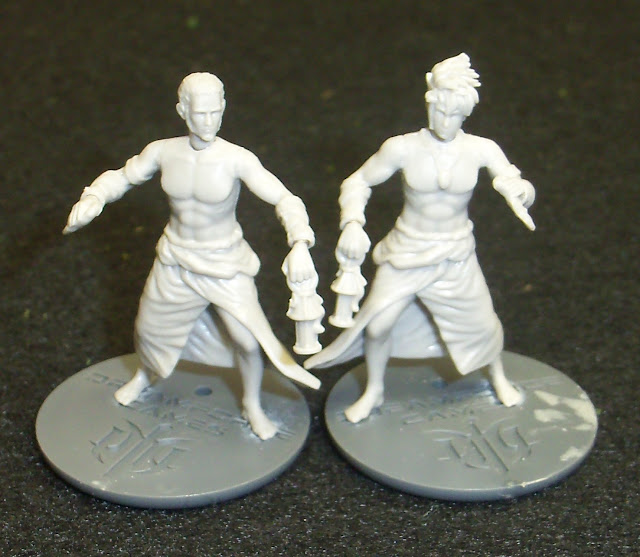 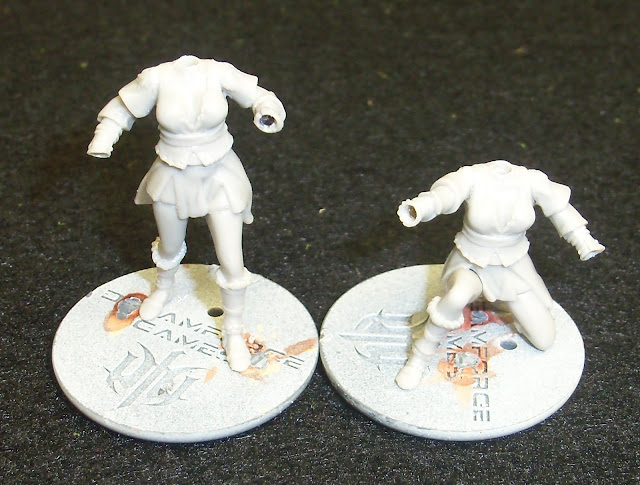 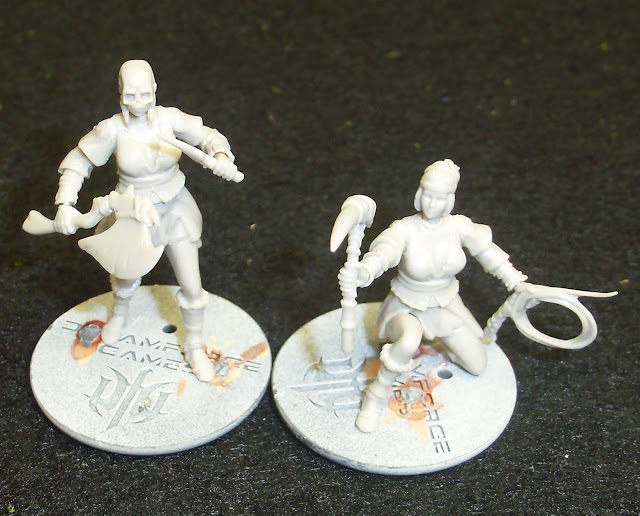 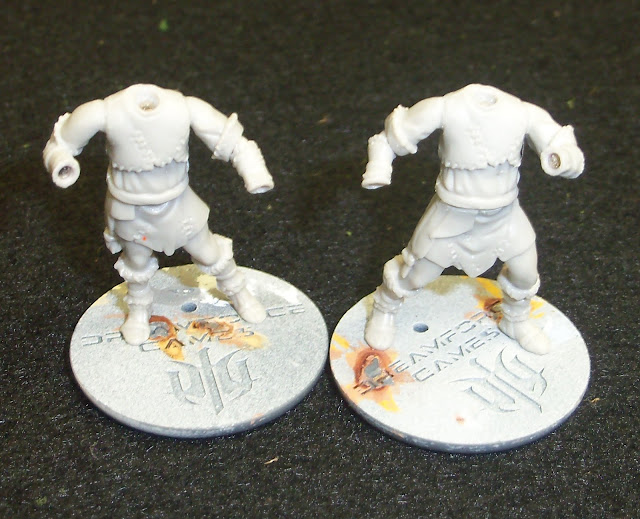 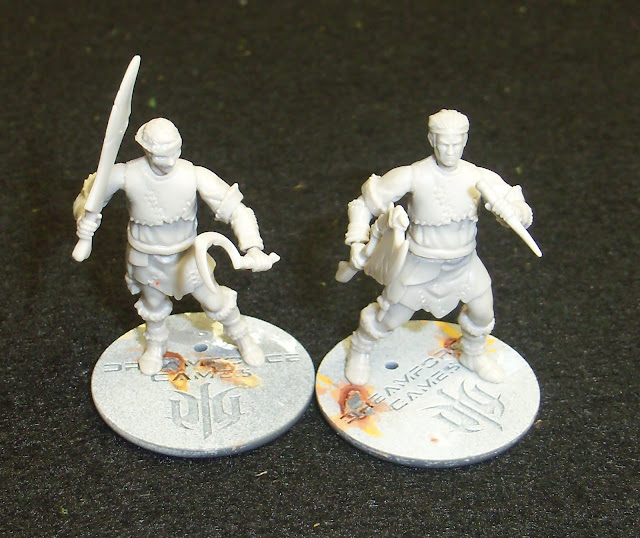