Zeus, Ares, Athena, and Aphrodite set out to hunt another white lion. This would be Aphrodite's first time out of the settlement. She and Ares, Zeus's children, are given full sets of rawhide armor for protection, and Ares is armed with the bone axe. Zeus carries the newly created king spear, which has the advantage of extended reach.

On the trail of their prey, the survivors encounter refugees of a destroyed settlement. Zeus offers them his cloth covering to aid them in the journey ahead. In gratitude, the refugees tell the survivors about the monster who besieged their settlement. (As a result, at the start of the showdown the first 5 AI cards would be revealed, and could then be returned to the top of the AI deck in any order). Armed with knowledge of the beast's methods and weaknesses, the group quickly locates the white lion they have been tracking. 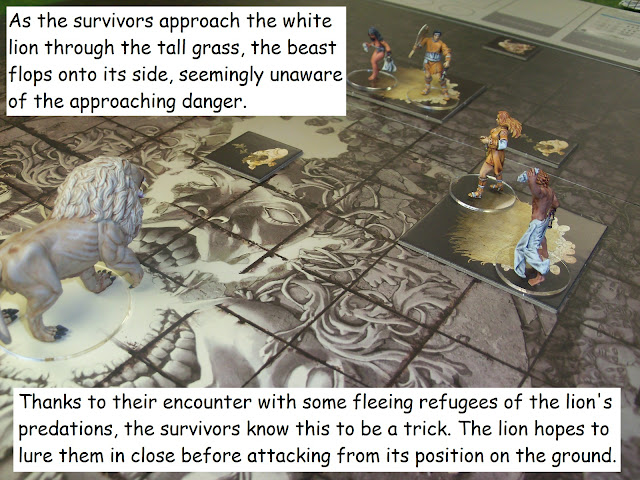 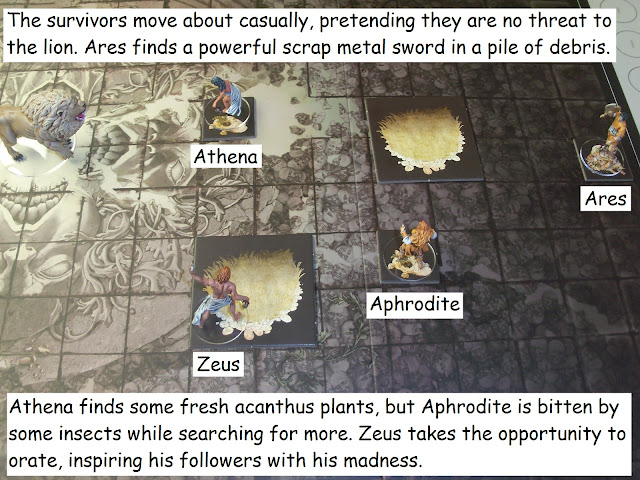 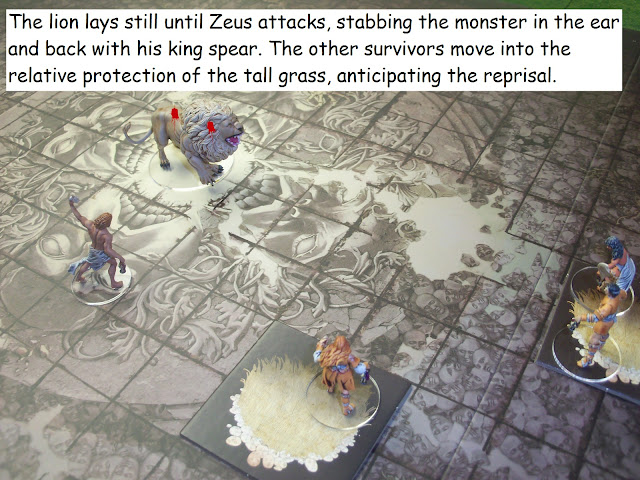 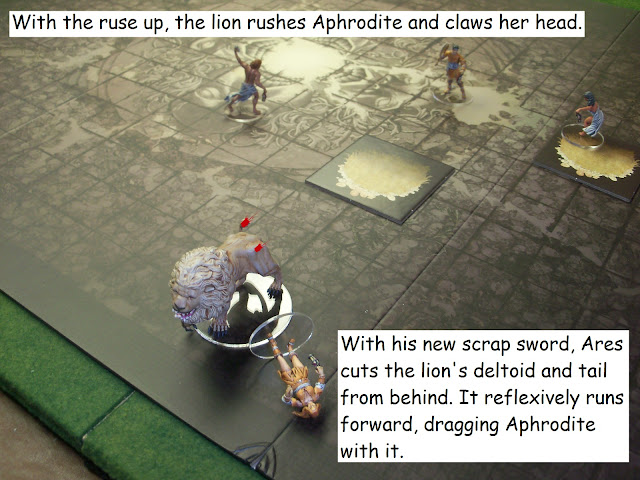 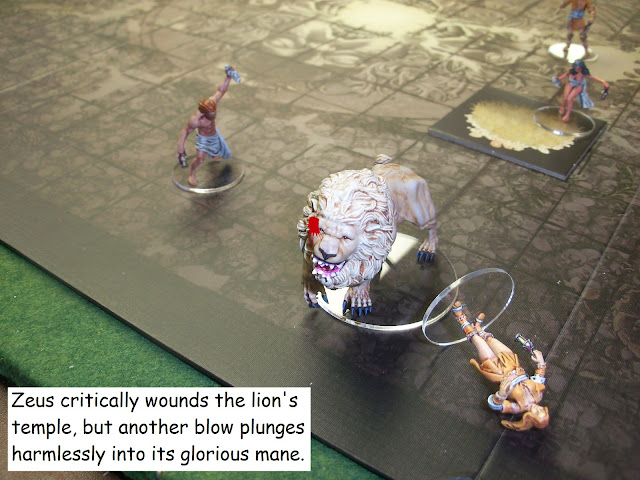 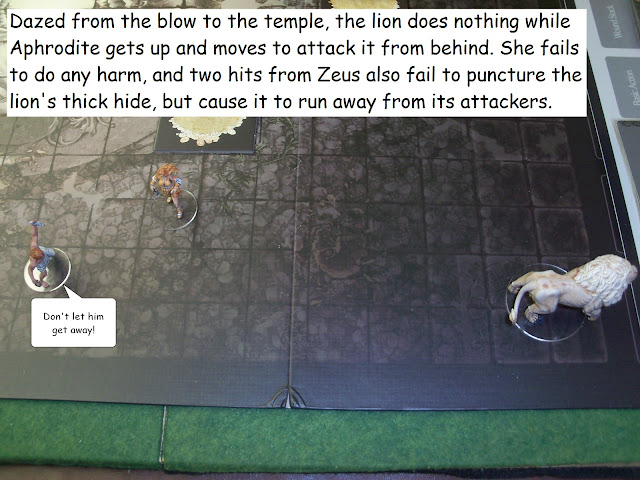 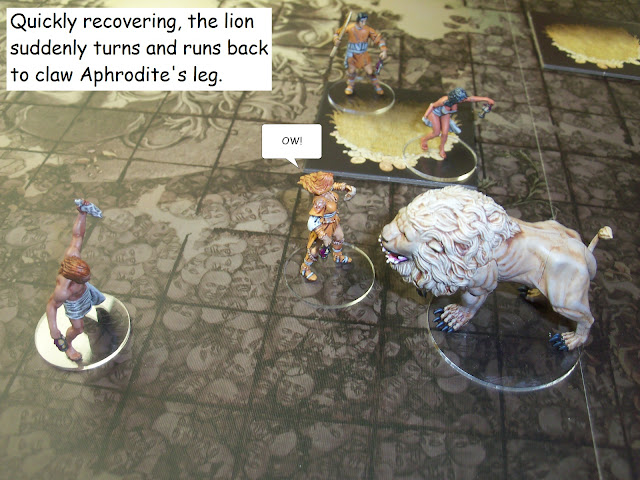 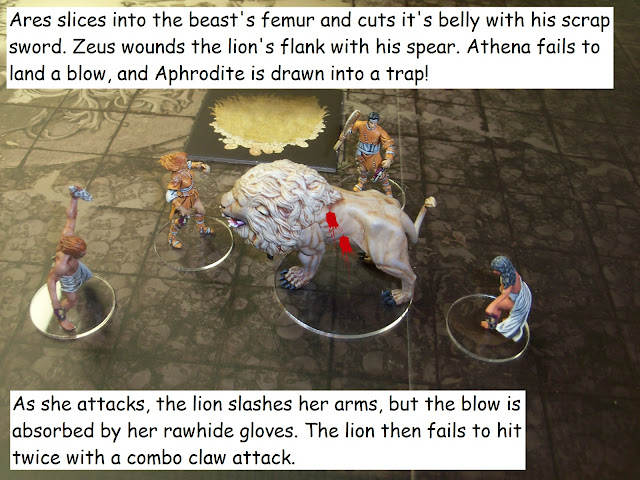 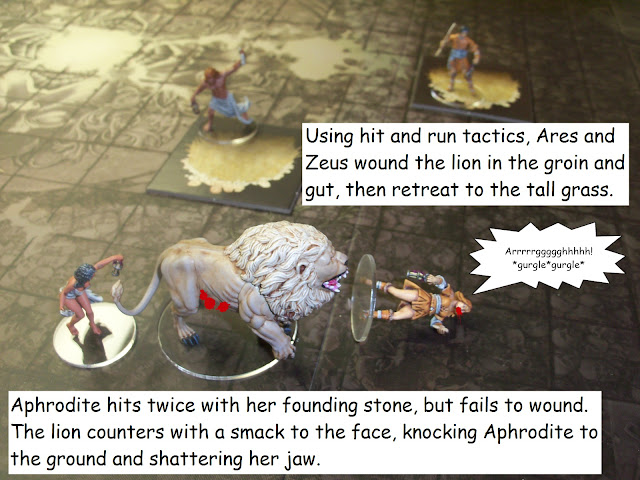 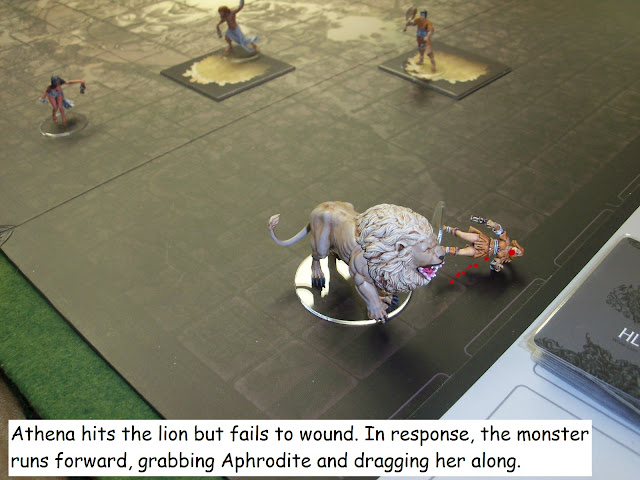 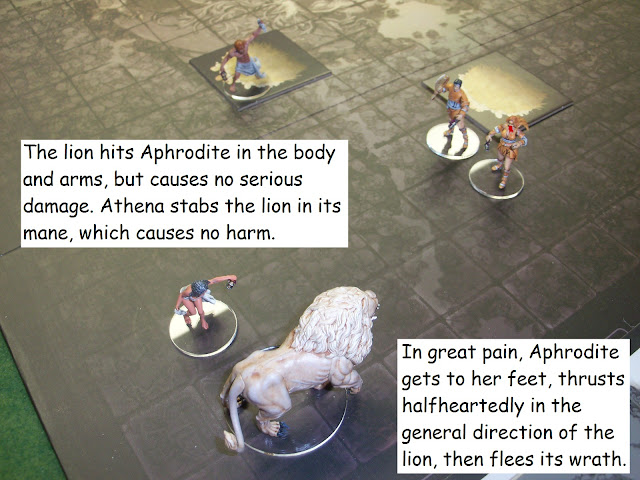 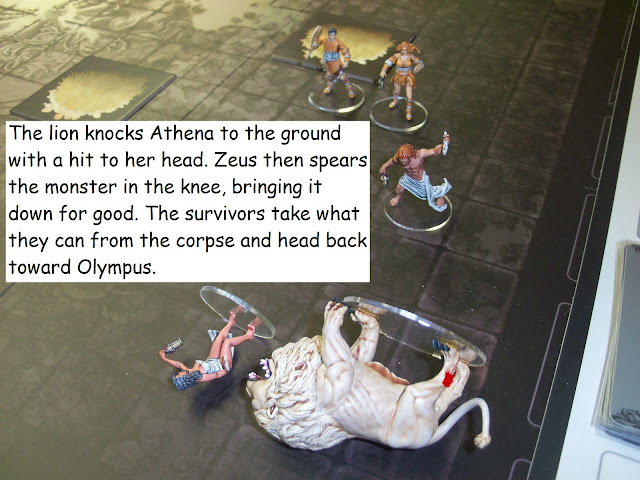 Upon returning to Olympus, the survivors find the others in the settlement in a strange mood. Those who stayed behind give the returning survivors random and seemingly ironic nicknames. The mostly pointless and frivolous gesture nevertheless inspires both Athena and Aphrodite, who determine to fight harder and faster to live up to their new nicknames. The settlement then discovers their "inner lantern" (allowing use of the Surge survival action in future showdowns). With no pressing needs, most of the resources brought back from the hunt are saved for future use.
Posted by Craig Welter at 8:00 AM