Having built themselves a settlement, now known as Olympus, the survivors start to run low on food and other resources. They realize they will have to go back out into the darkness to explore, and hunt the monsters that dwell there for precious resources. Original survivors of the first white lion encounter, Hera and Dionysus, head out with Ares, the son of Hera and Zeus, along with another woman from the settlement, known as Athena. Hera and Ares wear the rawhide armor the settlement crafted, with Hera wielding the Bone Axe. Together the four of them set out into the wilderness in search of another white lion, with the survival of their fledgling settlement at stake. 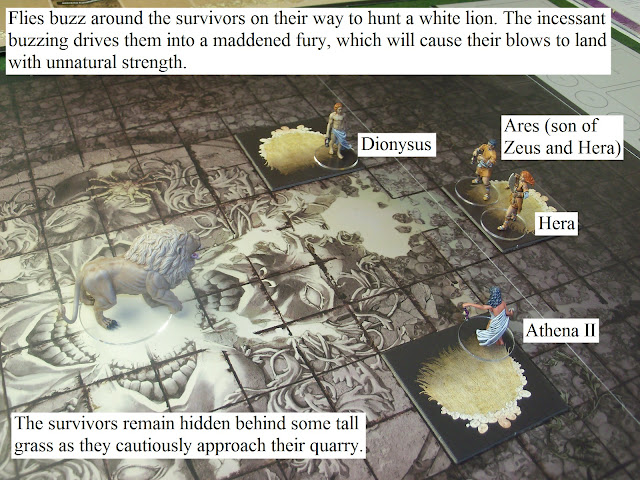 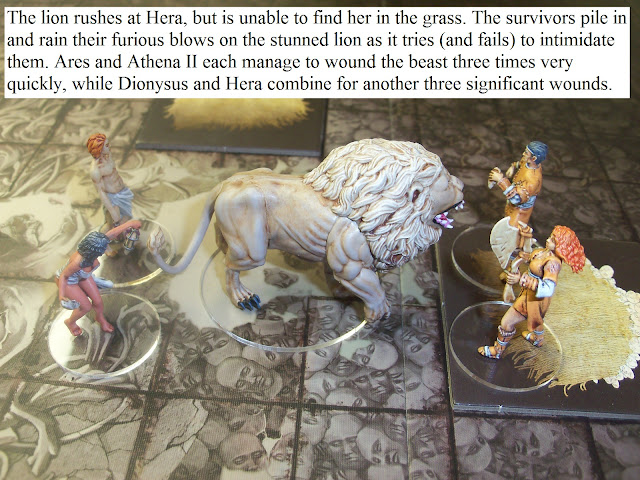 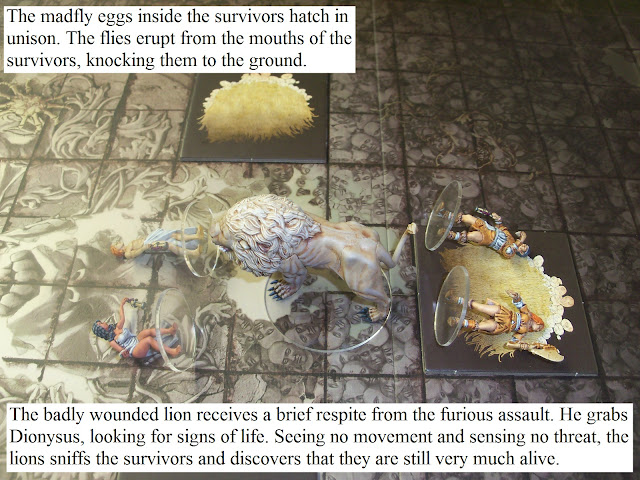 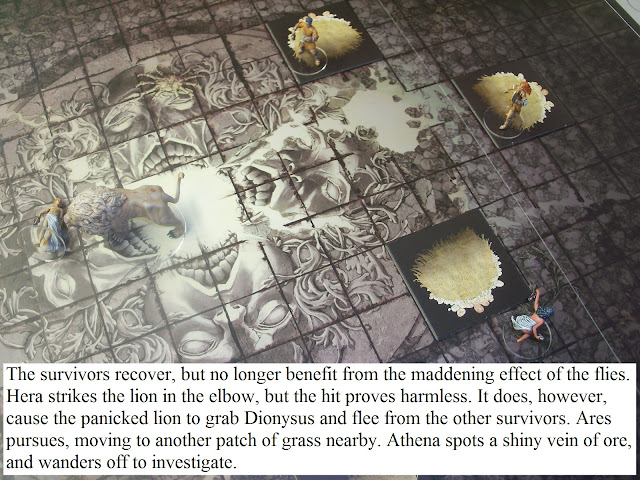 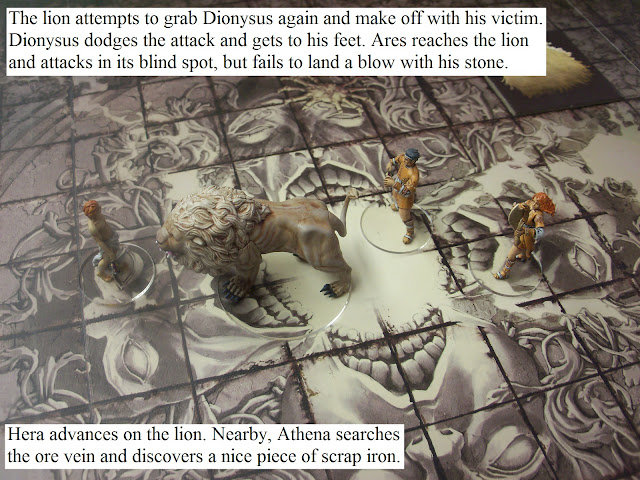 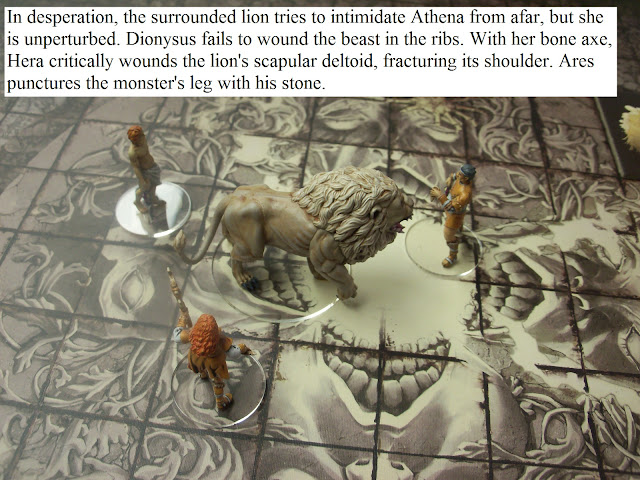 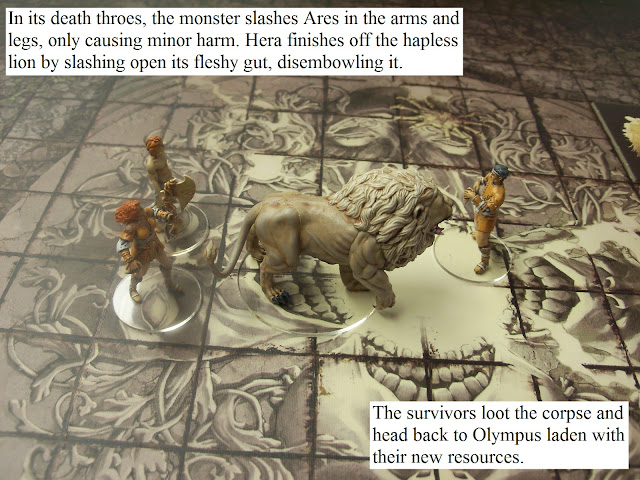 The survivors return to Olympus, which is hit by a severe acid storm. The storm reveals some scrap iron, which is discovered at the outskirts of the settlement. Following the storm, a terrible scream pierces the darkness surrounding Olympus, heralding the arrival of a new kind of monster: the screaming antelope. Hera begins to hear voices, which she believes is the darkness speaking to her. Rather than thinking she has lost her sanity, the others in the settlement accept without question that she is channeling the oppressive darkness around them. They declare her their leader, and she quickly becomes a skilled leader and orator.

Zeus and Hera consume some love juice and conceive another child. Hera gives birth to a girl, who they name Aphrodite. The settlers innovate the concept of the symposium, where they will be able to gather and share their ideas about how to steer the course of their settlement. With some of their resources, the survivors craft a spear made out of lion bone and claws, which they expect to be invaluable on future hunts. With the remainder they make a couple more pieces of rawhide armor.
Posted by Craig Welter at 8:00 AM