Olympus is approached by a very threatening looking stranger. Hera, Aphrodite, Dionysus, and the inexperienced Hephaestus prepare to defend the settlement from the create they take to calling the butcher. Hera wears a full suit of rawhide armor and carries bone darts so she can attack at a distance. Aphrodite has some rawhide armor and carries the mighty scrap sword. The other two wear only cloth, but Dionysus is armed with the bone axe, and Hephaestus in his first encounter carries the king spear and can therefore strike at a distance. Having no idea what to expect, the four survivors march out to the edge of the settlement to face the approaching butcher. They can assume from his menacing bearing that he does not come in peace. 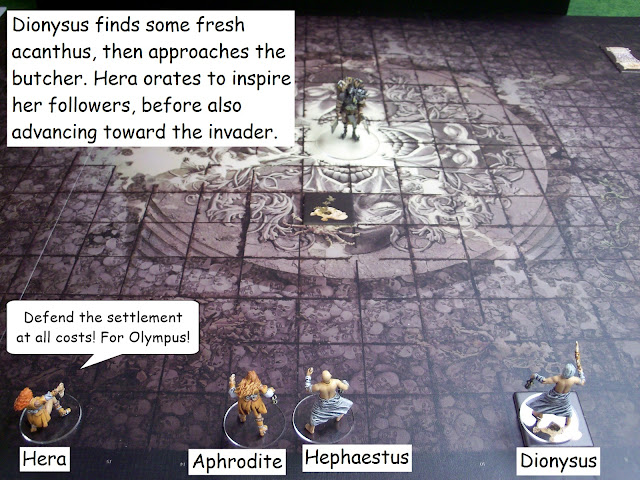 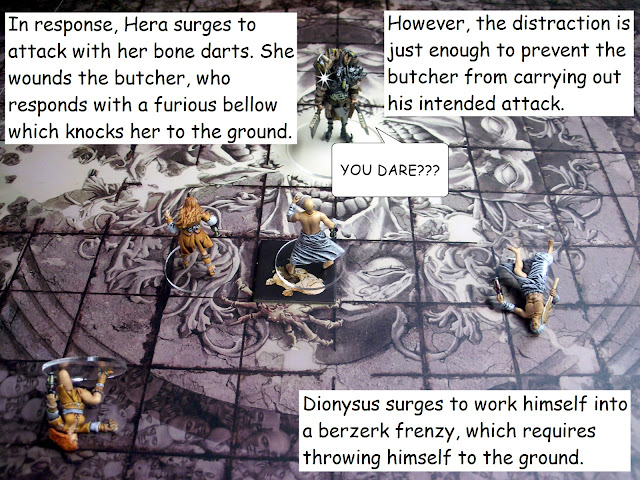 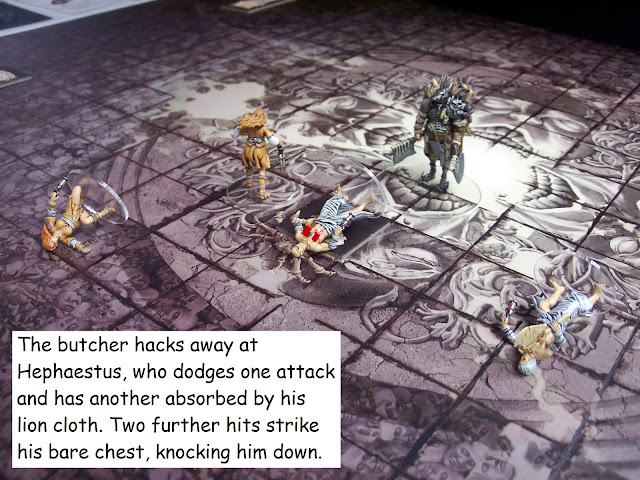 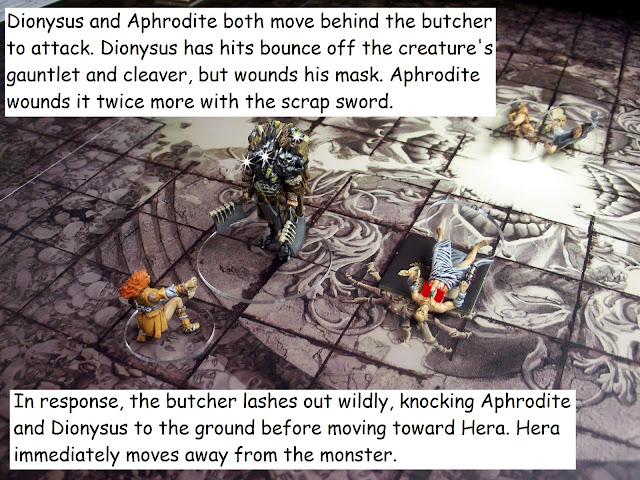 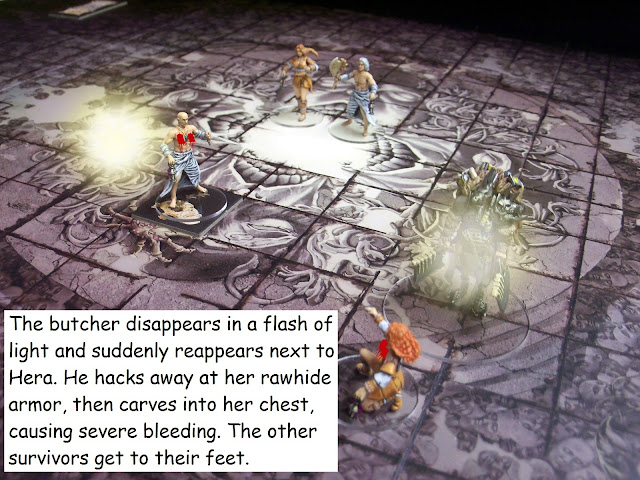 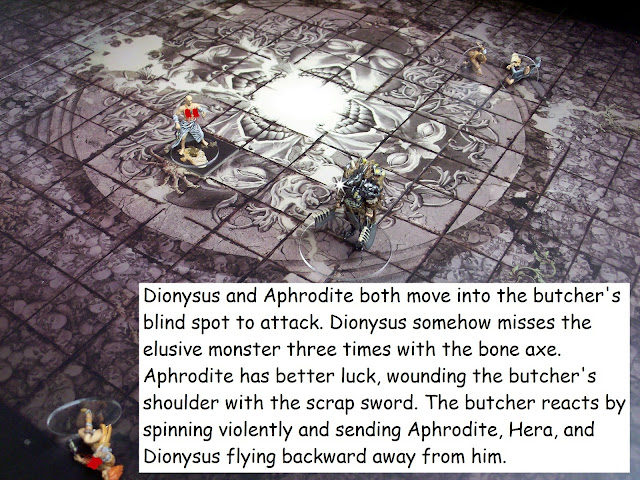 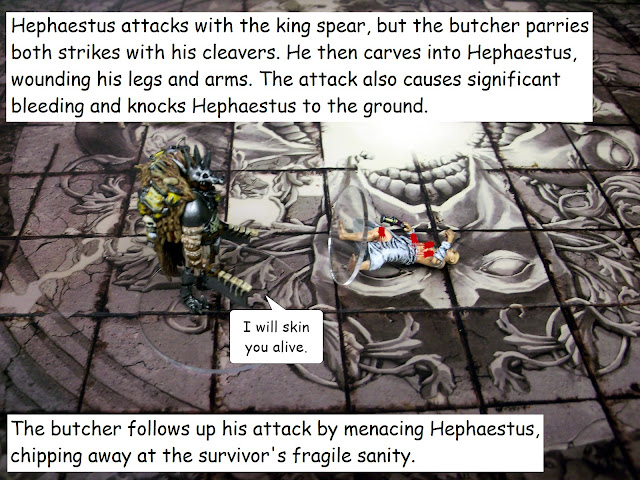 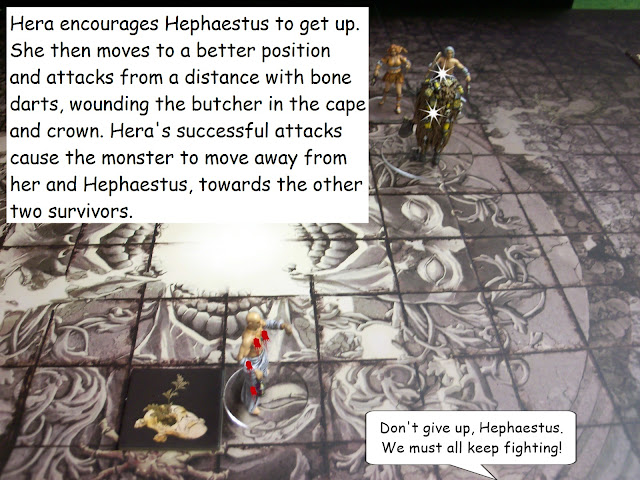 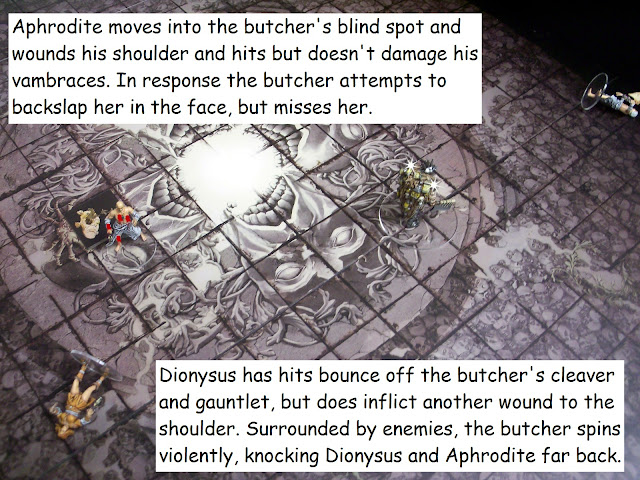 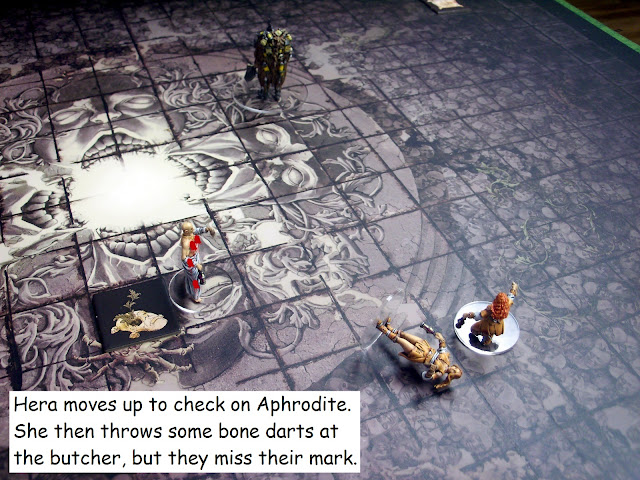 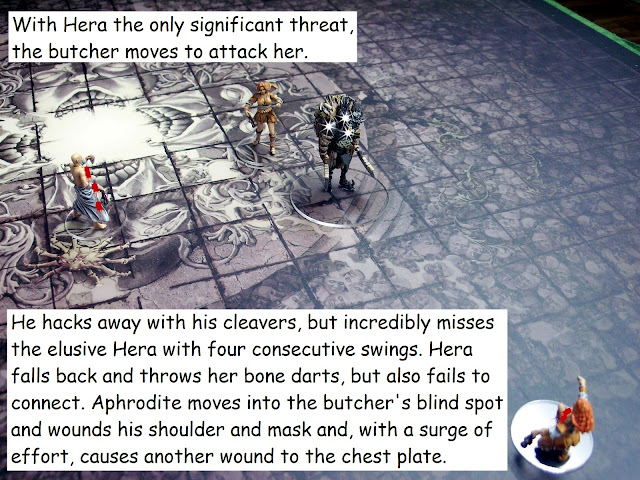 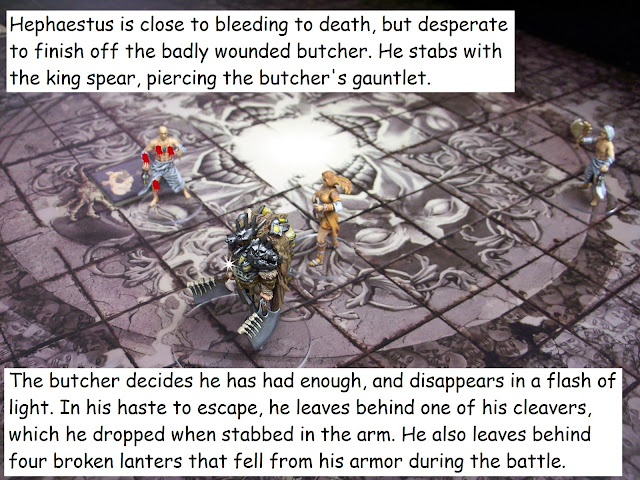 The victorious survivors return to the settlement having fought off the menacing invader. Upon their return, Hephaestus sees a lantern from the lantern horde fall to the ground and start to glow. He decides to experiment with another lantern from the horde and discovers the secret of creating heat with a lantern oven.

Shortly thereafter, A mysterious hooded knight shows up and gives a package to Dionysus. He opens it to find a large and very awkward to use Twilight Sword, but he is so drawn to the magnificent weapon that he refuses to ever put it down. The stranger leaves peacefully without explanation.

Over the course of the next lantern year, the survivors use their new lantern oven to craft a monster tooth necklace, though having hunted no monster they lack the resources to create anything else. Two nameless female survivors are lost attempting to give birth, causing the settlement's population to dwindle ever lower. As the year draws to a close, the remaining survivors begin to prepare for another hunt.
Posted by Craig Welter at 8:00 AM