I have needed some dirt roads and farm fields for my 10mm American Civil War games for a while now, but I generally find it hard to get excited about making terrain. With my limited hobby time, I didn't want to spend a ton of time making roads and fields. However, I really needed some to make convincing layouts for my games, so I decided to just try something really simple and see how it turned out.

I had a lot of felt stored up, in green and a few different shades of brown. So I figured I'd see what I could do by just starting with that as a base. With very little time or effort, I ended up with something that looks convincing enough. Not only was it quick, it was also easy enough that my almost 3 year old daughter could help with it, which meant I could actually find the time to do it.

For the roads, I cut out various shapes of green felt, making the roads all about an inch wide. I tried to do a lot of gentle curves, t-junctions, and y-junctions, as those are the shapes that seemed to appear most often in the maps I looked at for Civil War scenarios. I applied some slightly watered down Elmer's glue to each piece with an old brush and then poured on some sand. After it had plenty of time to dry I dumped off the excess sand. I then sprayed some matte varnish on them all to try to help hold the sand on. I don't think this will do the job, however, as they are starting to lose some sand. I will probably take some very watered down glue and apply over the top gently with the brush and hopefully that will keep everything in place. 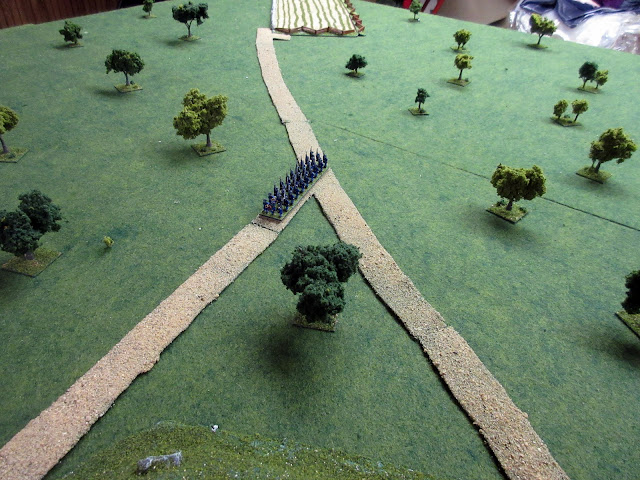 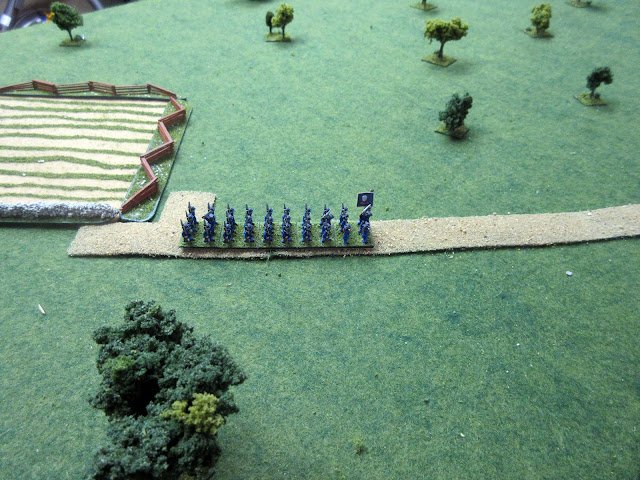 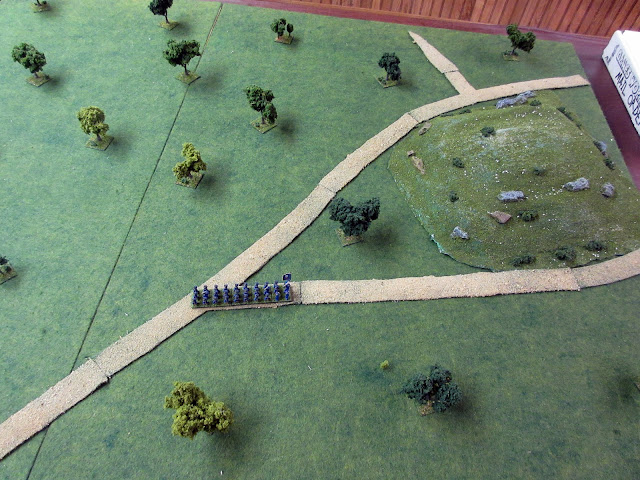 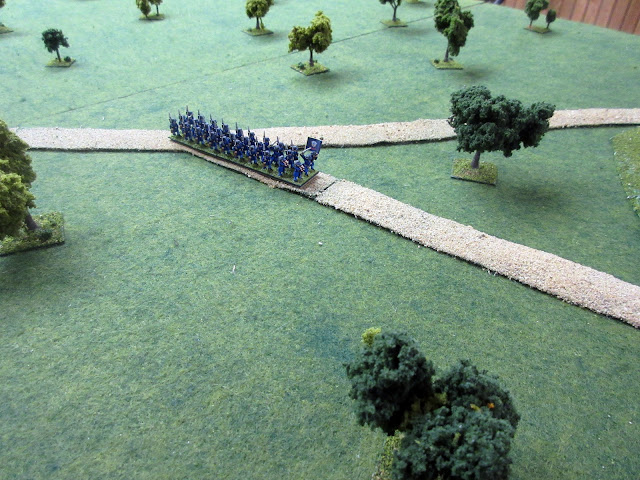 For the fields, I cut out some rectangular shapes from the different shades of brown felt. Doing one at a time, I applied the Elmer's glue straight from the bottle in a series of (roughly) parallel lines along the piece of felt. I was trying to go fast to get it done before the glue soaked in, so at first the lines weren't very straight, but they got better with some practice. And also it's okay if the glue soaks in. After applying the glue we dumped on some flock over the whole thing, and I used something flat to press down gently on the top to get it to stick better. After waiting a long time for it to dry, I dumped off the excess flock, and also had to tap on the bottom of the felt a lot to get all the extra off that sort of clung between the rows. Also note that the felt will probably be stuck to whatever box you did this in, because the glue soaks right through, but it should be too hard to pull it off. Again I did a coat of matte varnish spray to help keep things in place, and after that dried they were ready to go. 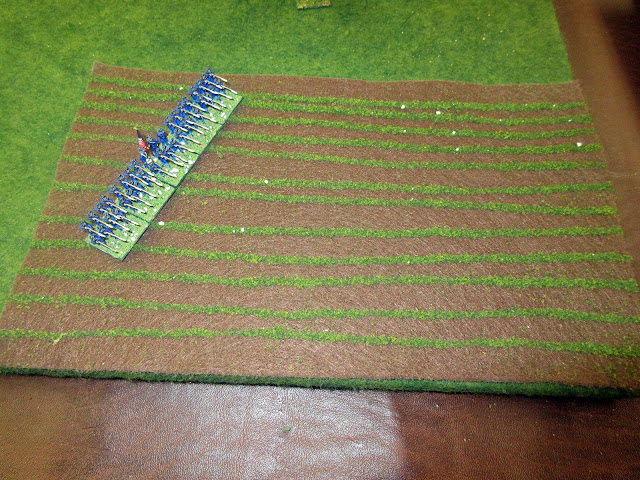 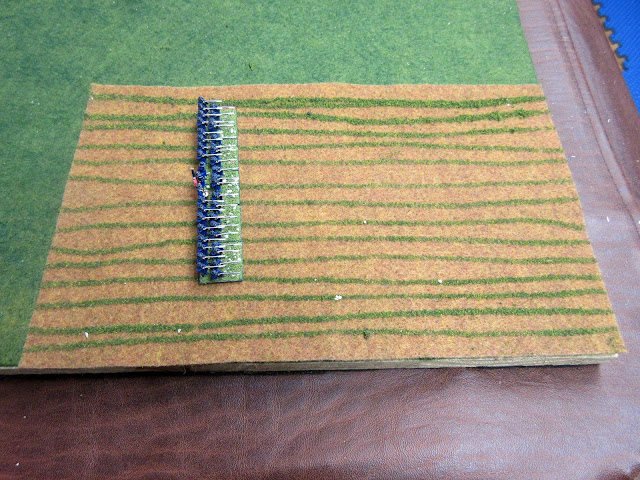 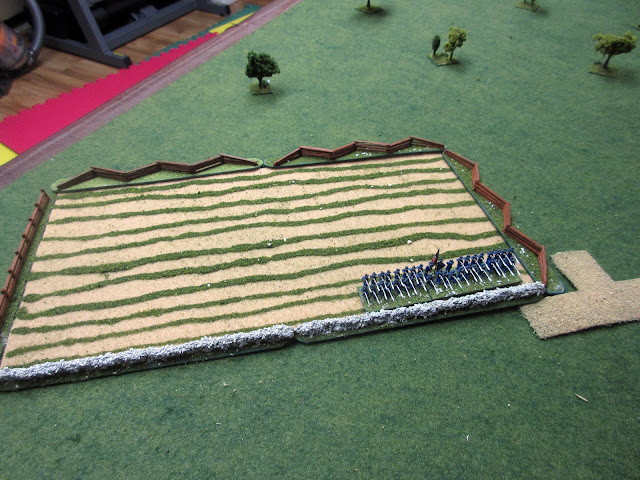 They're not perfect, but they look good enough for the effort involved. I'm sure they will wear down over time as the sand and flock comes off, but they are so easy to make I won't mind just making new ones when I need to. I can even make the exact shape of roads and fields I need for any particular scenario I want to do with only a few day's notice. So for me this is a pretty good addition to my terrain collection. Now I just need a lot of fences to go around all my new fields, but I think I will have to find somewhere to buy those from. The fences I've made myself take too long.
Posted by Craig Welter at 9:17 AM