Having picked up the Warhammer Age of Sigmar General's Compendium, I became interested in the Path to Glory campaign rules contained therein. I was hoping to arrange a Path to Glory campaign at some point using my old Vampire Counts models. The new factions are much more limited, and my variety of different Vampire Counts stuff doesn't really make a coherent faction anymore. The closest I had and the simplest to implement was the Deathrattle faction, which contains Skeletons, Grave Guard, and Black Knights, lead by a Wight King. I don't have a painted Wight King, but have several unpainted, so this gave me the inspiration to finally paint one of them up.

I went with my finecast Krell model, who is no longer Krell in the Age of Sigmar, but simply a Wight King with Black Axe (of Krell). It's a really nice model. I tried to imitate the blue glow look of the black axe in the paint job on the Games Workshop website, but couldn't really pull it off. That aside, I think he turned out pretty well for a quick paint job, and hopefully someday he'll get to lead his war band to glory. Have a look below for plenty of pictures. 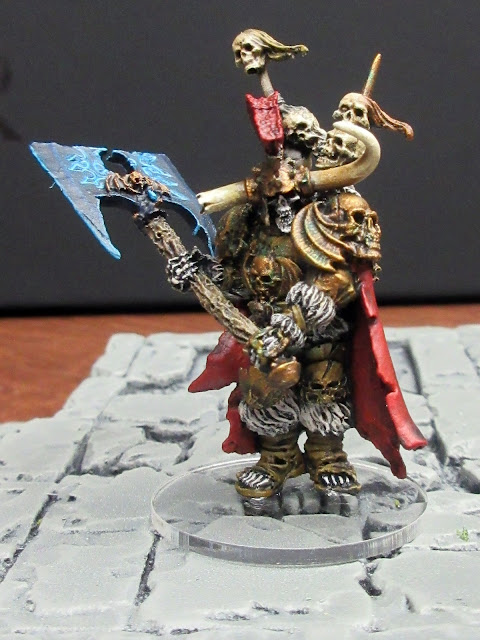 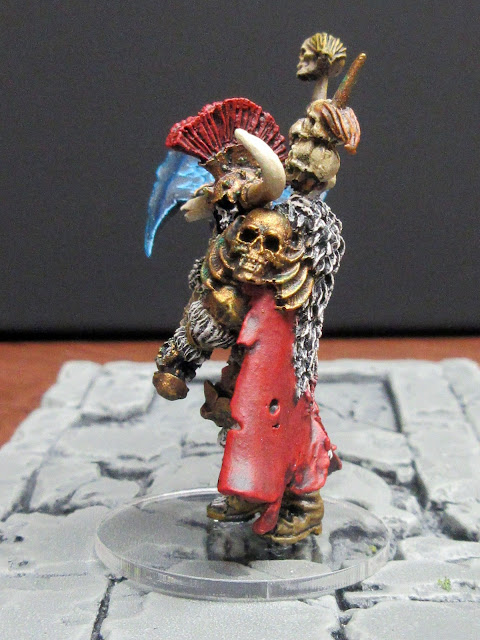 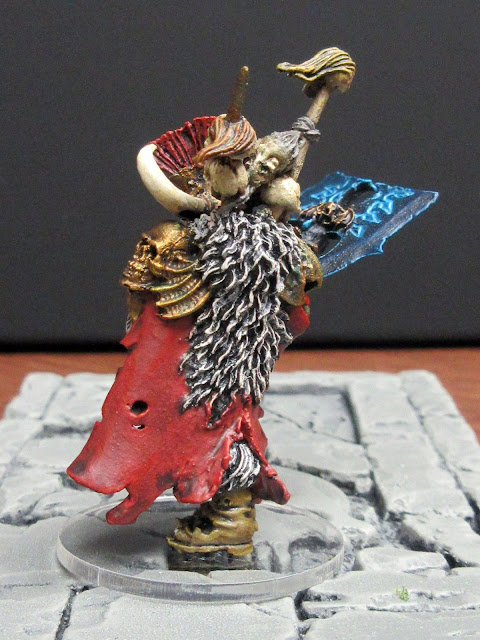 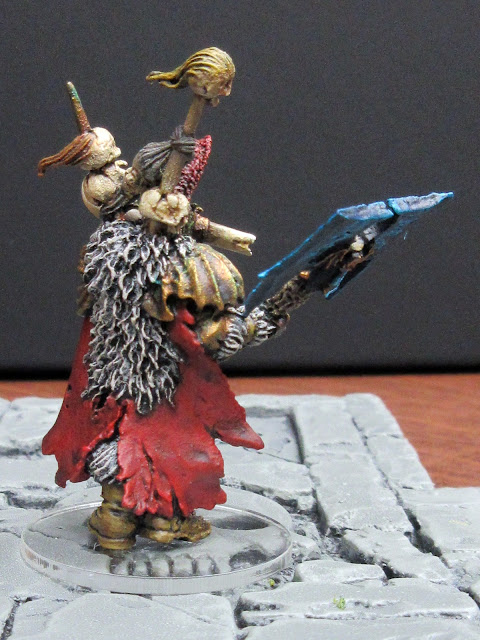 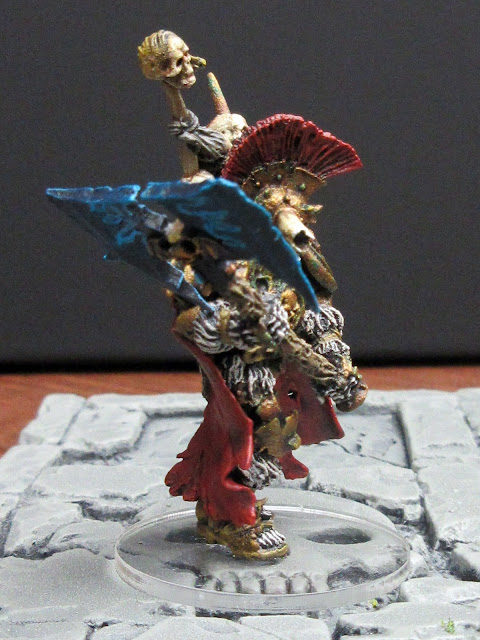 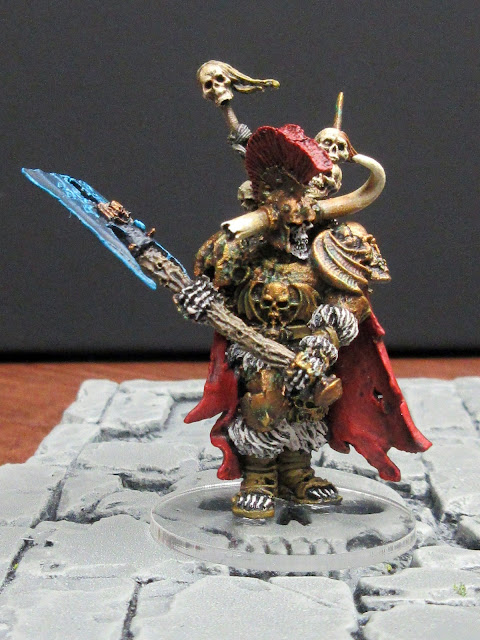 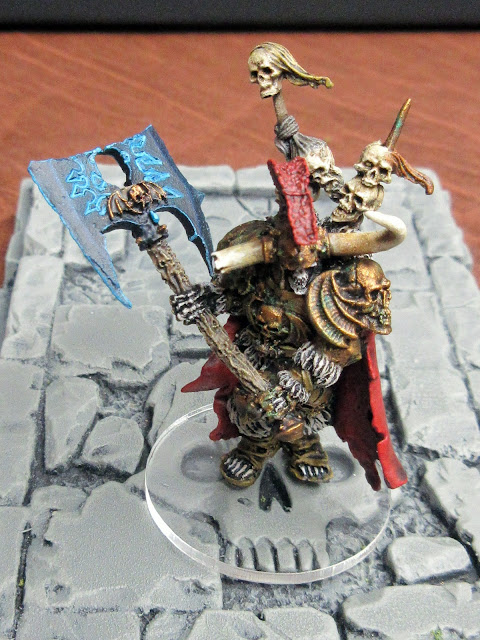 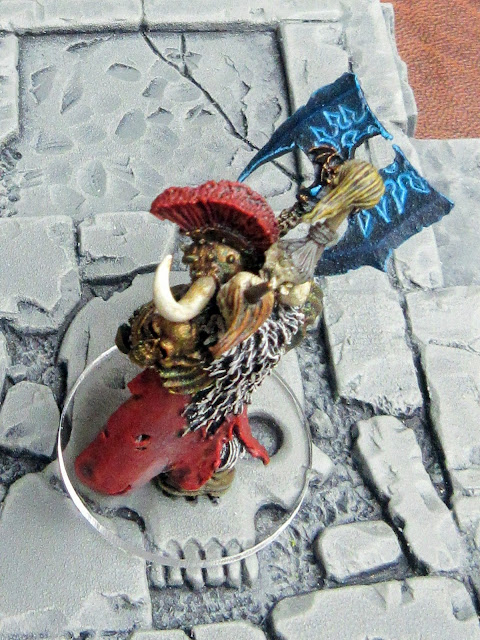