Dionysus and Aphrodite depart with first-time hunters Apollo and Artemis to search for a young (level 1) screaming antelope. Dionysus carries his twilight sword while Aphrodite carries the scrap sword and wears the skull of Ares (skull helm) on her head. They have only cloth for armor, letting the new hunters Apollo and Artemis wear the full suits of rawhide armor. Apollo carries a bone axe, while Artemis has only bone darts to fight with, and wears the cat eye circlet to help direct the attacks of the others to the most vulnerable parts of the monster.

While they travel, Aphrodite's cloth armor is destroyed in a patch of sharp grass. The hunt is otherwise fairly uneventful, and the survivors soon find signs of a young screaming antelope. They also find a fresh monster corpse nearby. They decide to wait near the dead monster hoping the antelope would be drawn to it to investigate. 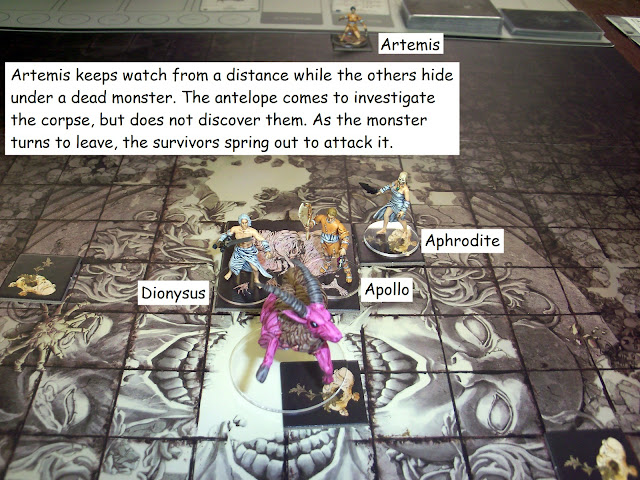 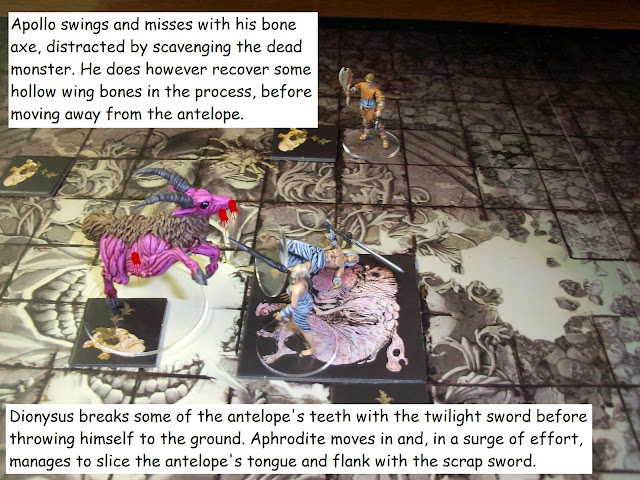 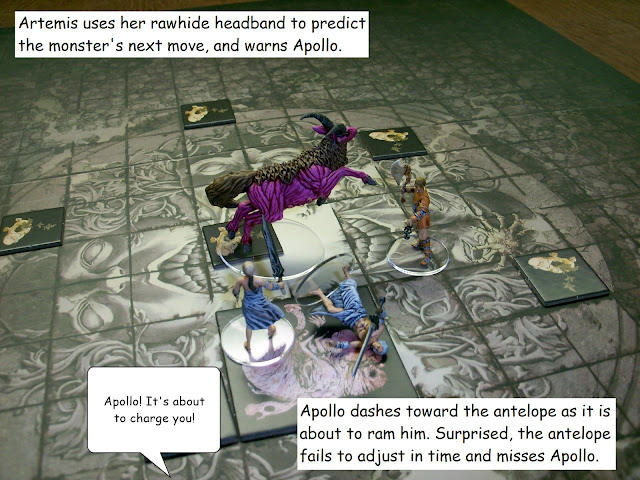 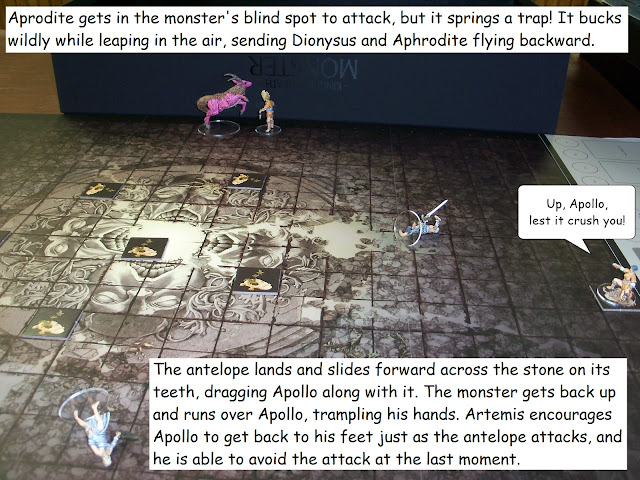 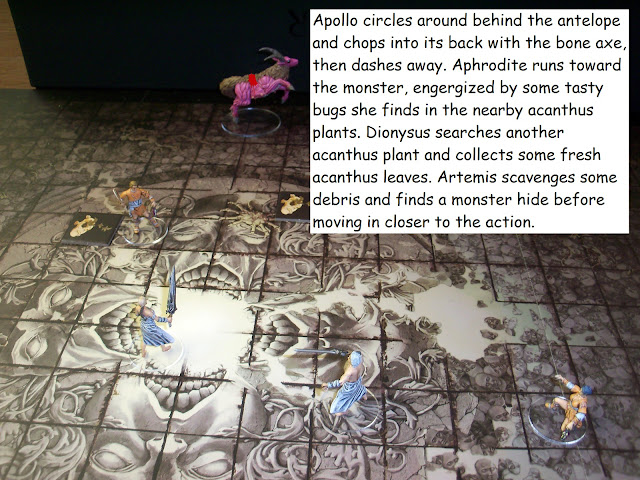 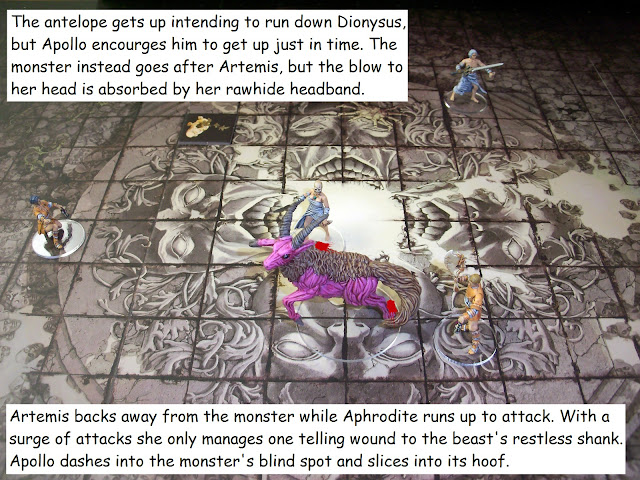 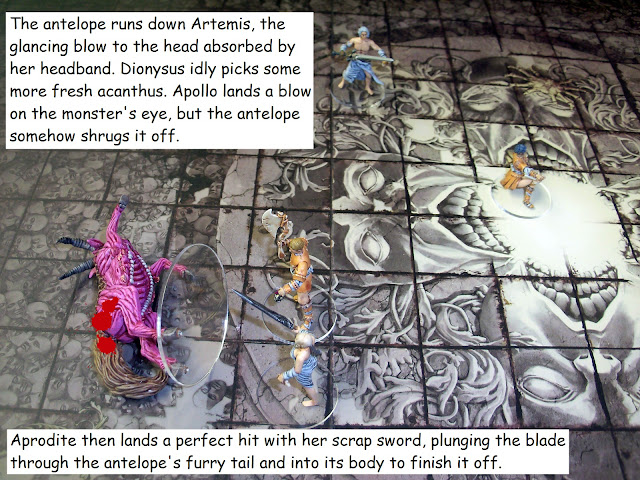 The survivors dissect the antelope for resources and return to Olympus. Shortly thereafter, a dark trader visits the settlement. He seems a little shady, but Dionysus decides to trade some resources for a sharp pink stone, which turns out to effectively be a fancy-looking founding stone. The survivors endeavor to innovate and invent beds. Two nameless survivors then drink some love juice and make use of the new beds to conceive a child. Amazingly the woman gives birth to a special child who disappears in a flash of light and returns with strange powers. The other survivors, somewhat optimistically, take to calling him the red savior.

The survivors use some resources from the antelope to craft a screaming coat. They also use their acanthus plants to make more dried acanthus. Artemis and Apollo are both sent to the outskirts of the settlement to search for scrap (perhaps in some kind of hazing ritual for those who survive their first hunt), but they find none.

The survivors decide it might be time to hunt for more challenging game that might produce greater rewards. Zeus assembles a team of experienced hunters to go after a stronger monster, and Zeus, Aphrodite, Athena, and Artemis gear up and prepare to depart for the hunt. They perform the armor ritual at their shrine but, having not perfected the ritual yet, they only gain some insanity before departing.
Posted by Craig Welter at 8:00 AM