I recently finished painting up a few 6mm resin American Civil War buildings produced by Leven Miniatures. I bought mine from The Wargaming Company booth at the Little Wars Convention.

Since my American Civil War miniatures are 10mm, the 6mm buildings do represent something of a compromise between the figure scale and the ground scale. Because of this they look too small for the figures, but take up a more reasonable amount of space on the table. I thought 10mm buildings would just take up too much space and dominate the rest of the terrain. Even with 6mm buildings, obviously each building needs to represent more than one building given the amount of ground it takes up. For convenience, I intend each building to represent enough buildings to be occupied by one regiment during a game.

I think the end result looks pretty good, given that there is almost always going to be this compromise between figure scale and ground scale for buildings. Even playing games in say 28mm where each figure represents an individual, buildings tend to be in scale when it comes to height, but take up a much smaller footprint than the actual building would.

This was my first time painting small scale buildings, and it was a challenge. I'm sure there are just some different techniques that could be used to make small scale buildings look a lot better than these, but I'm not sure what they are. Below you can see some pictures of the newly painted buildings along with some of my roads, fields, and an infantry regiment. Have a look and let me know what you think of the painting and the scale difference. 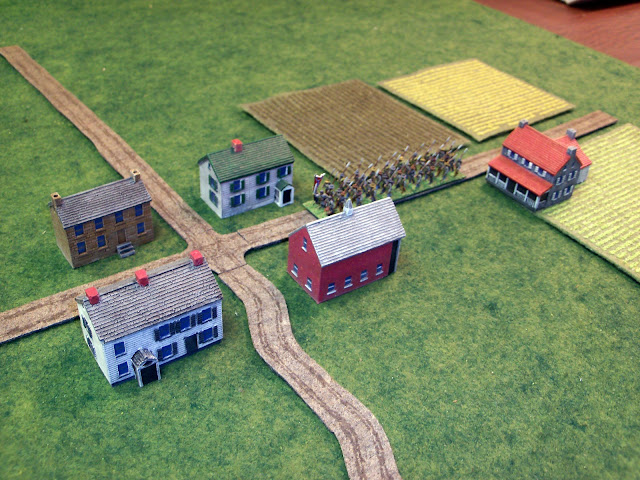 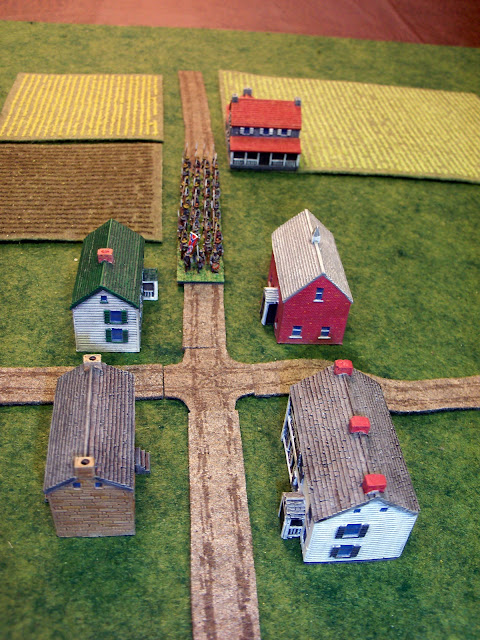 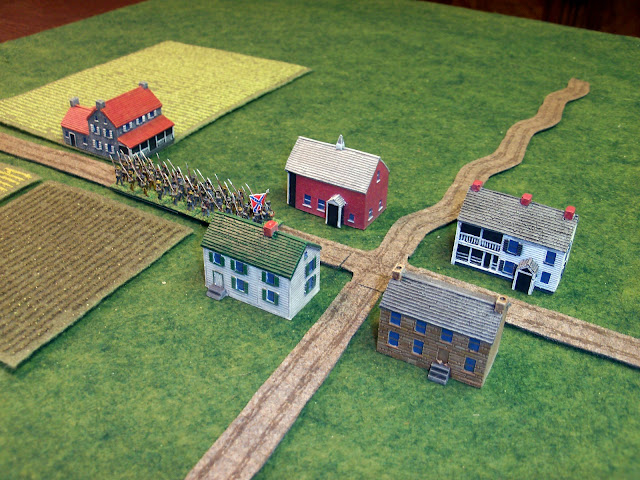 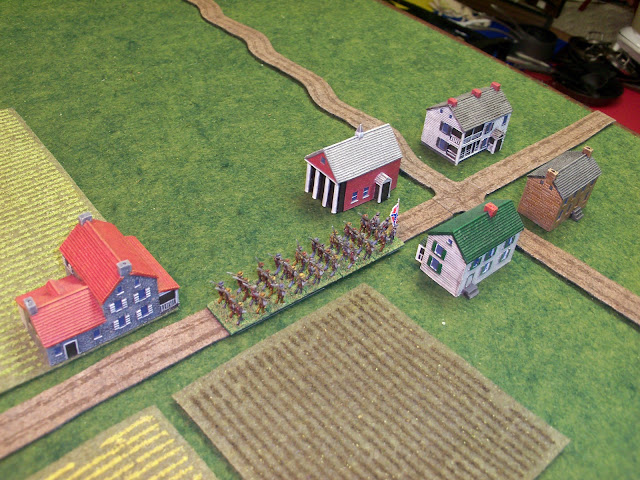 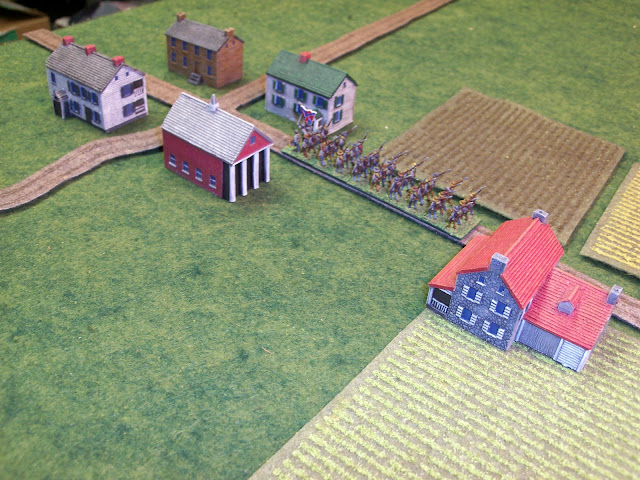