I have finally tackled painting the Phoenix for Kingdom Death: Monster. I wanted it to look more colorful than in the official artwork, and more colorful than the other monsters I've painted. I went with a red/orange/yellow look to the feathers, which also goes well with the name of the monster. I did a really simple paint job on the feathers. I base coated the whole thing white, then painted bands of red, orange, and yellow ink, with some overlap in between. It worked pretty well, but in retrospect I should have done some dry-brushing or stippling where the colors meet, especially the orange and yellow, to get it to blend together better. Obviously it could have looked better if I had painted the feathers individually, but I wasn't going to spend that much time on it. For something quick I think this looks decent, and maybe I'll go back and blend it together better sometime in the future.

After I finished the feathers, the rest was pretty straight forward. Most of the rest is painted a fleshy color, with the little sores or whatever they are in a pinker shade. I don't think I've ever painted something this big that wasn't terrain, so it was interesting trying to paint the huge areas of flesh. But I just painted them the same way I would paint any area of skin, including a wash at the end, and it worked fine. I don't know where to get a 100 mm diameter clear acrylic base, so for now it is temporarily on a plain black base. I think the branch he is standing on is supposed to be up in a tree anyway, so I think it would look a little strange no matter what kind of base he was on.

Have a look at the pictures below and let me know what you think. 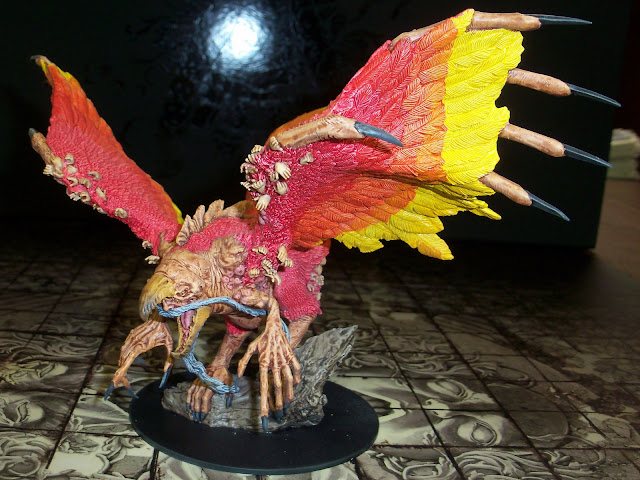 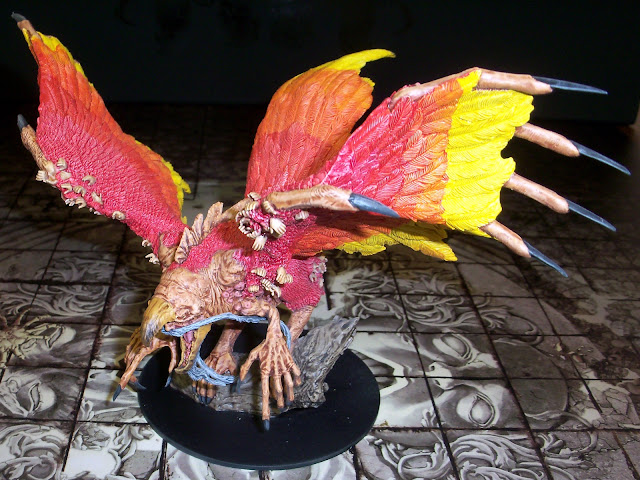 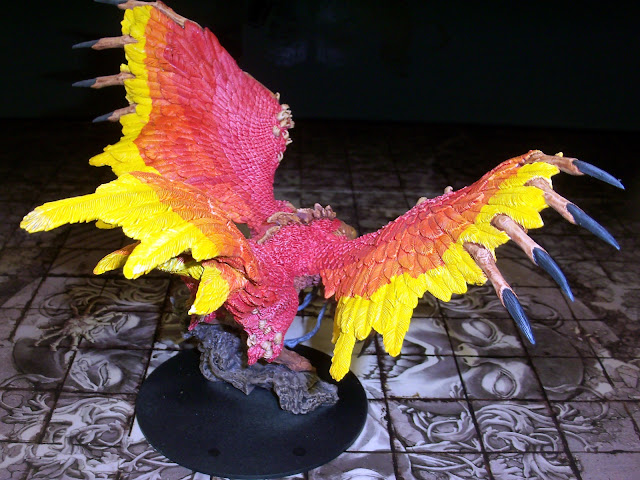 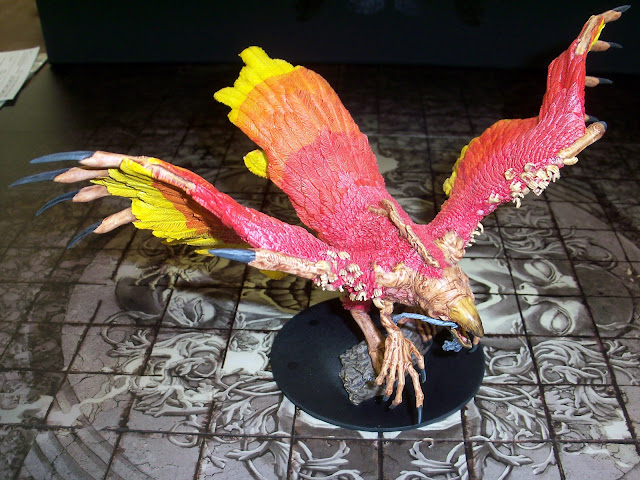 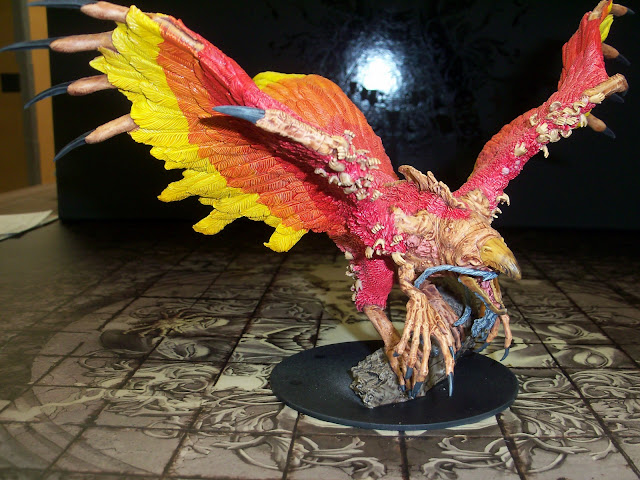 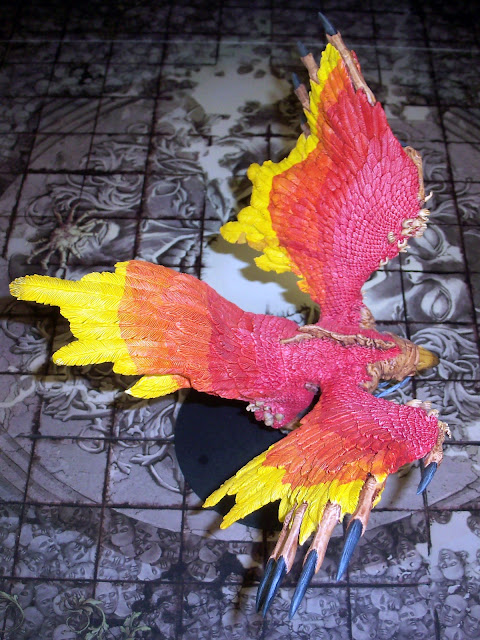