A single King's Man is spotted approaching the outskirts of Olympus. The settlement's inhabitants remember when a group of these monsters came and executed Ares, with no reason or explanation. This time, they would not stand idly by and allow the armored stranger into Olympus. And they would do their best to avenge brave Ares.

Icarus, Helen, Hades, and Hera quickly put on armor and grab weapons. Icarus, the red savior, carries a cat gut bow and claw head arrow, but has only some cloth and a screaming horn helmet to protect him. Helen, the green savoir, carries the powerful counterweighted axe and wears a screaming coat, skirt, and bracers, along with a skull helm. Hades carries the butcher's cleaver and a bone axe, and wears a full suit of rawhide armor and a cat eye circlet. Hera wields the scrap sword and also wears a full suit of rawhide armor. They prepare the best they can to confront the menacing figure of the King's Man. 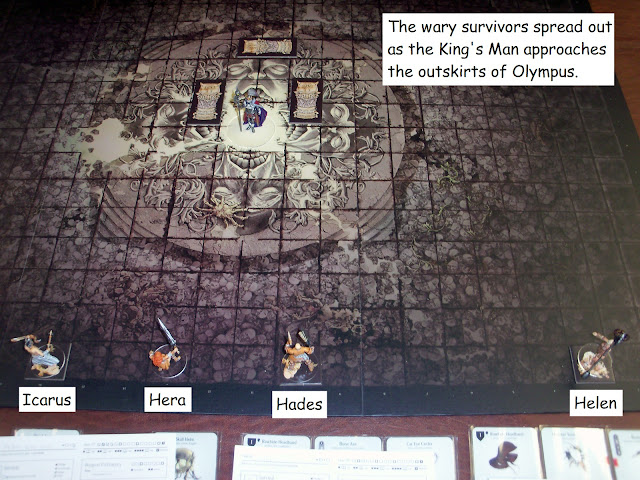 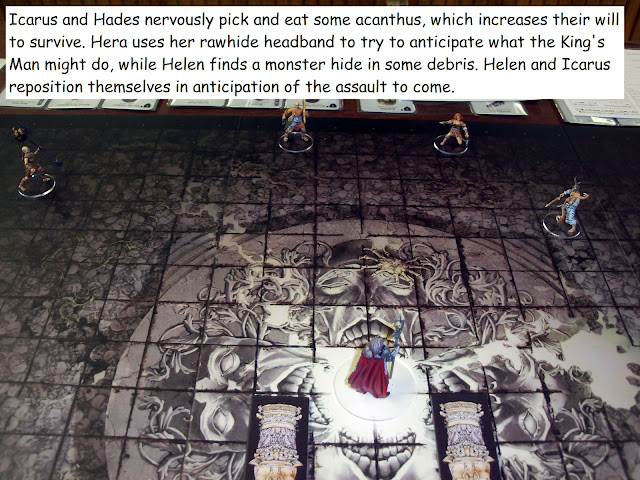 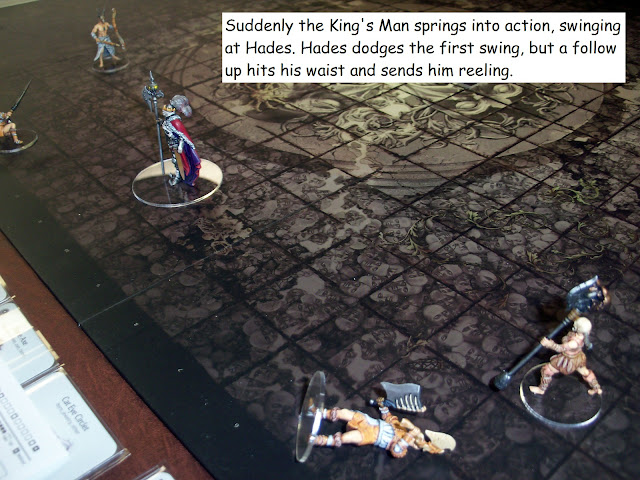 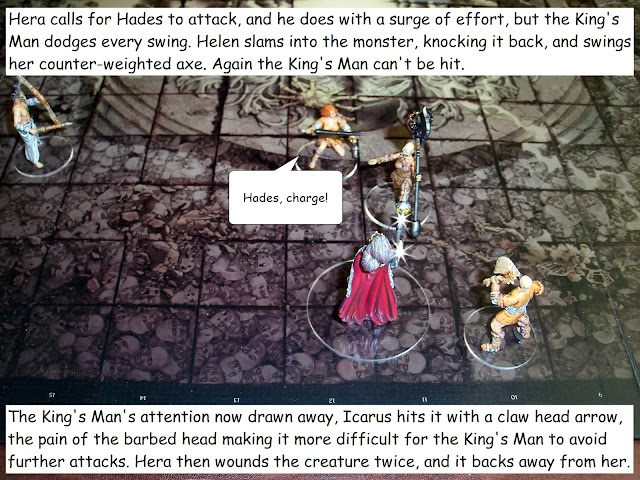 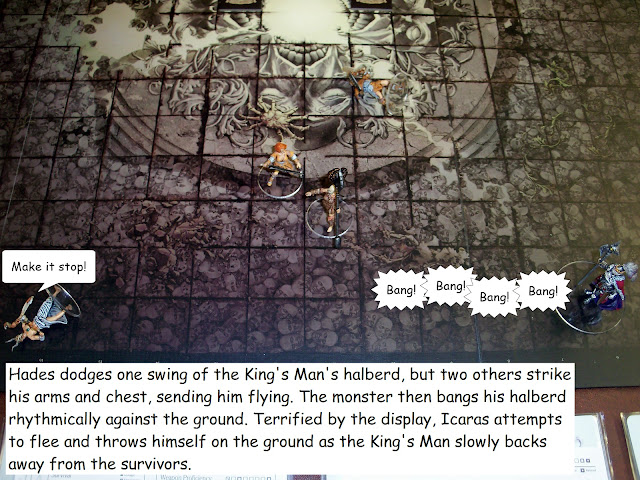 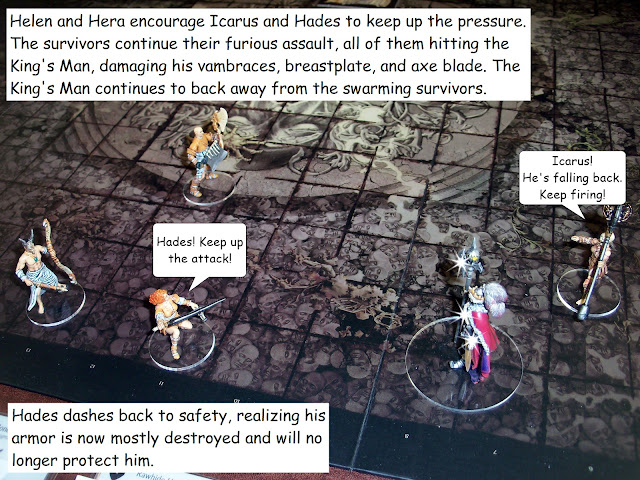 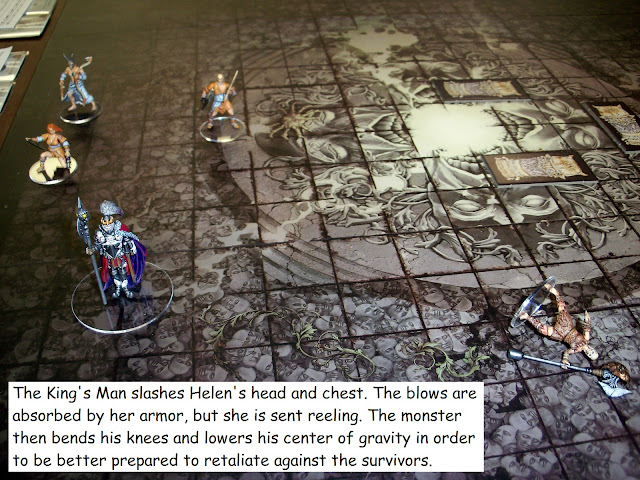 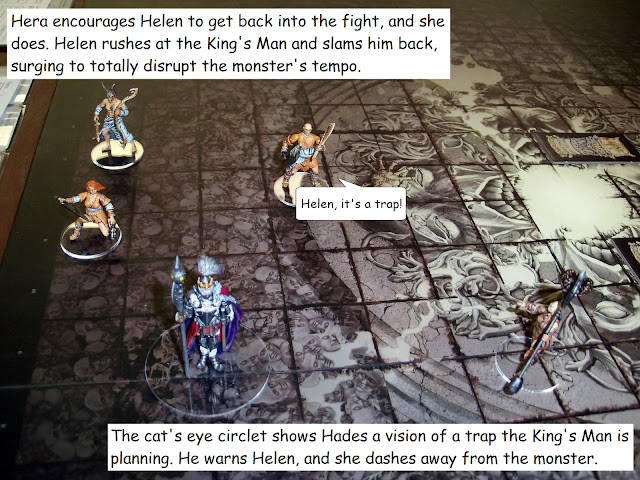 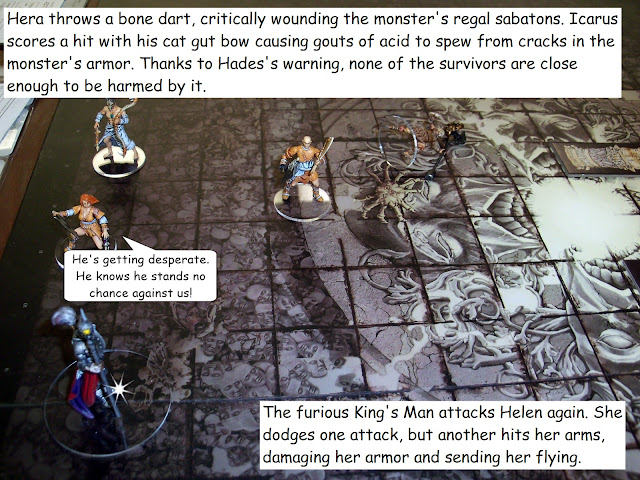 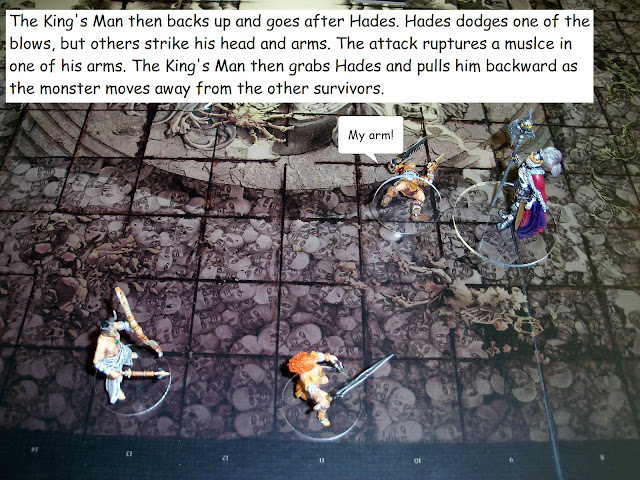 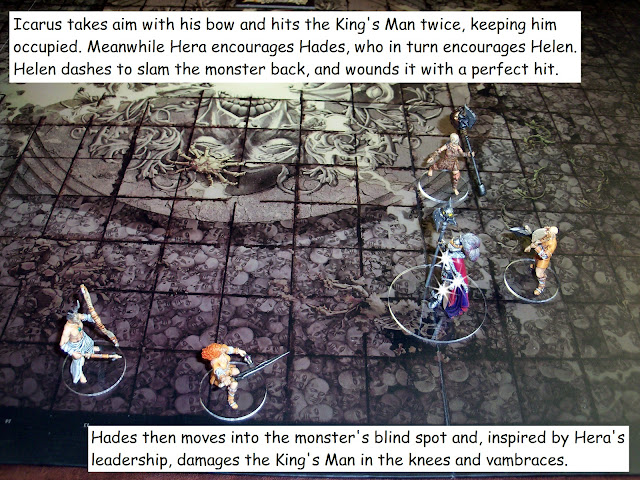 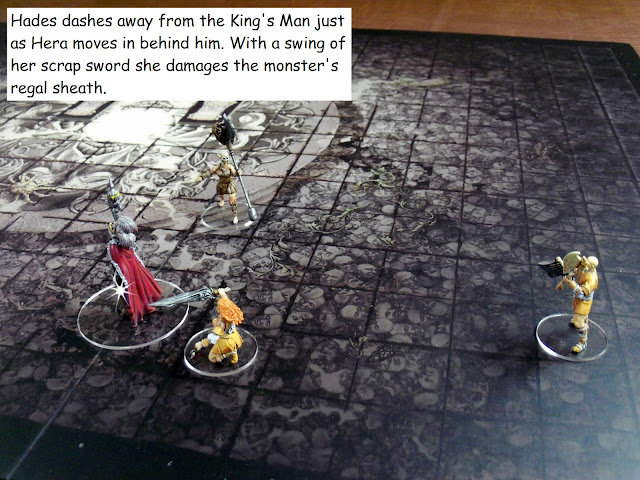 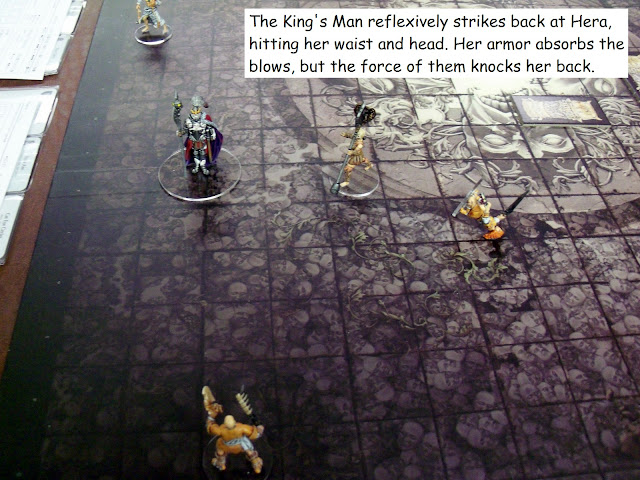 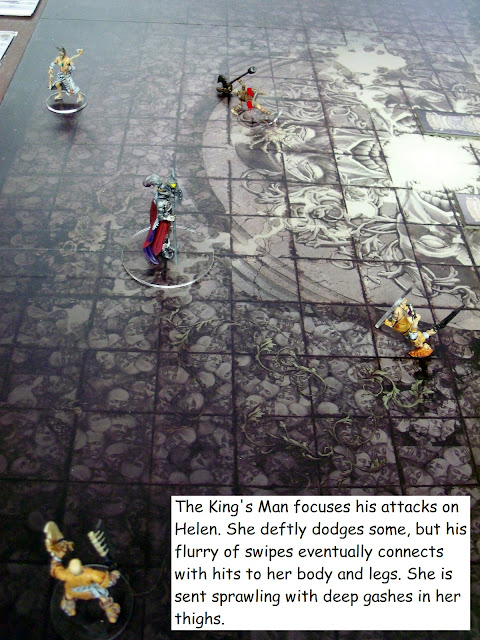 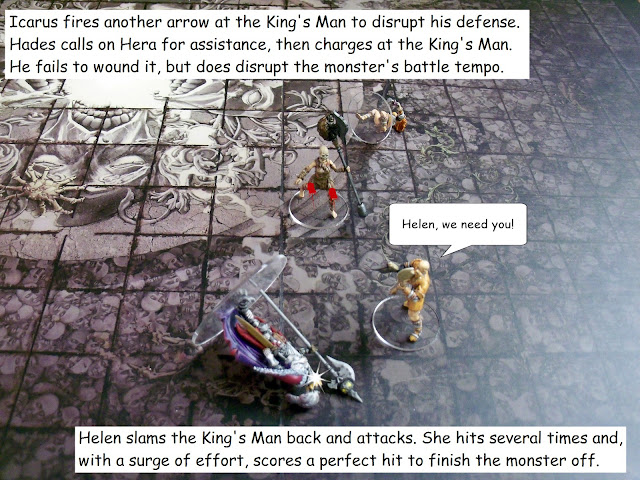 For landing the killing blow, Helen suffers the King's Curse. She grows a pair of Regal Gauntlets on her arms, and is unable to remove them. The survivors gain no useful resources from the "body" of the King's Man, so gain no reward for their hard-fought victory, other than protecting Olympus from the approaching monster and revenge for the execution of brave Ares by a group of King's Men.

Just as the fight concludes, Olympus becomes shrouded behind a thick green mist. Where the mist touches skin, bright red boils bloom into existence. The painful boils leave the survivors desperately scratching themselves. The returning survivors suffer the worst as they have to walk through the densest part of the mist to return to Olympus. They will require some time to recover (must skip the next hunt).

The settlement soon innovates the concept of family. Athena II puts the idea to immediate use, getting intimate with another survivor and giving birth to a girl. Hades takes some time to rest, and his ruptured arm muscle heals completely. As the lantern year comes to a close, Artemis, Apollo, Hephaestus, and Athena II prepare to depart on a hunt. Before they leave, the survivors perform the armor ritual at their shrine. Afterward, they all feel more resilient as a result of their devotions (gain +1 armor to all hit locations for all departing survivors). They are now ready for their next hunt.
Posted by Craig Welter at 10:00 AM