Back when I pre-ordered my copy of the 2nd edition Bolt Action rule book, Warlord Games were giving away a free box of infantry with pre-orders. Unfortunately the Winter Soviet Infantry weren't an option, so I went with the regular Soviet Infantry box. I figured, given the supply difficulties the Soviets had at the start of the Winter War, it would be fine to have a couple units in the army without greatcoats. A lot of the options in the box aren't useful for a Winter War force, but I tried to get the most I could out of it, mixing in some extra heads I had from the Baker Company Winter War Kickstarter.

What I ended up with is three units. I made one unit of 12 in padded jackets and helmets, including a light machine gun. I made one unit of twelve in caps, a few with molotov cocktails. This will act as the "free" unit of green infantry with anti-tank grenades allowed in the Soviet army list. I also made one unit of NKVD border guard with three sub-machine guns. Have a look at the results below and let me know what you think. 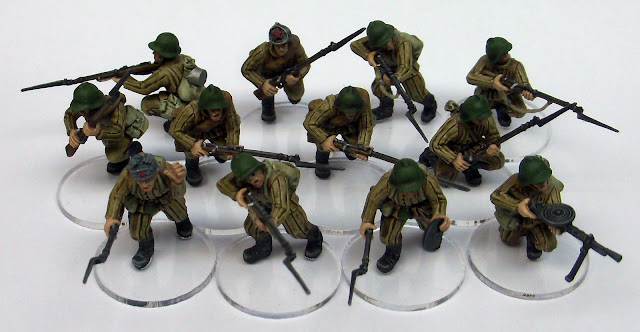 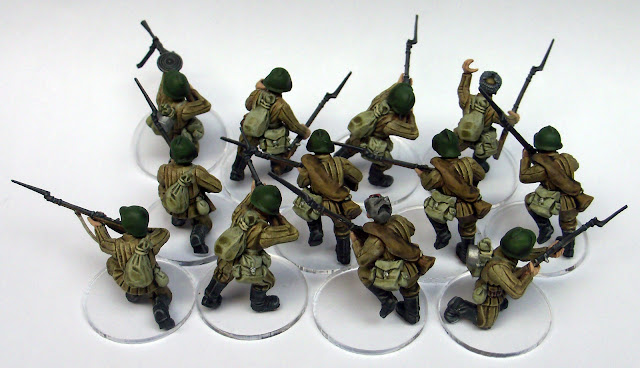 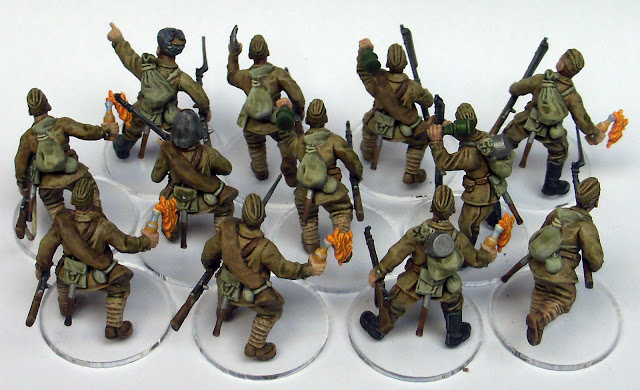 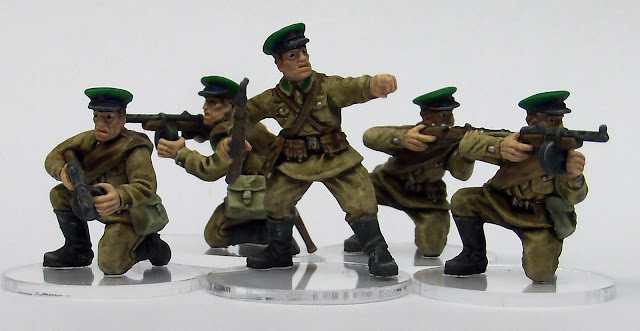 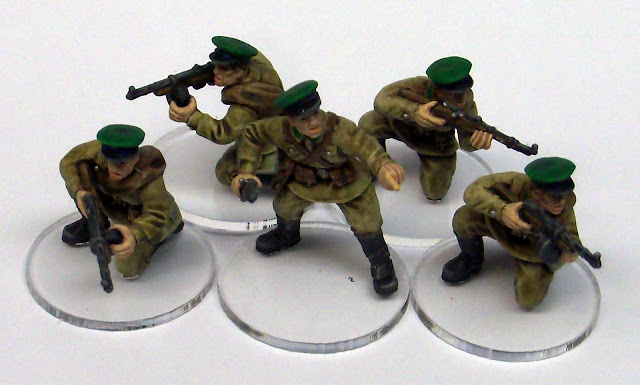 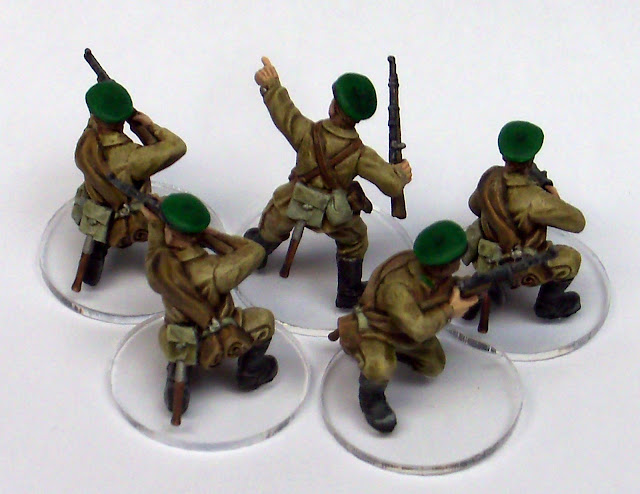 And here are a couple of pictures of my entire Winter War collection so far, with the Finns on the left and Soviets on the right.