Egidio of Viterbo has instructed the mercenary company to meet with a messenger and accept the delivery of a highly secret and important letter. The four companions head to Spoleto towards the district of the village where they've been told to wait... The closer they get, the stronger the pungent smell of burning wood until they discover a group of men guided by a strange woman, setting fire to the homes in the district! What if they too are waiting for the messenger?

The companions gather around some carts (it is supposed to be a well in the middle, but I somehow lost the well token) and prepare to fend off the arsonists and find the messenger they were sent to meet. 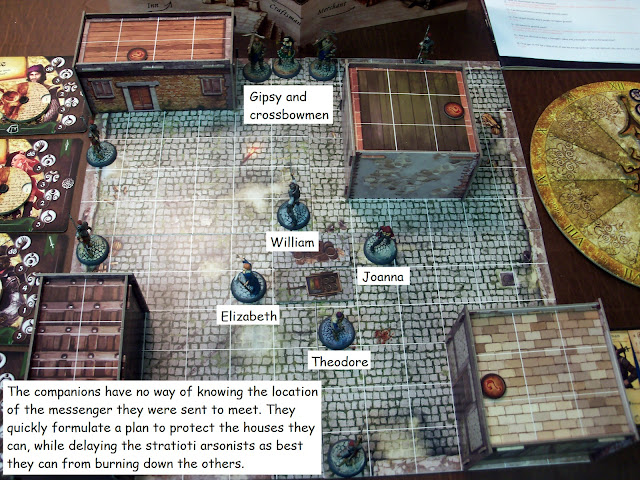 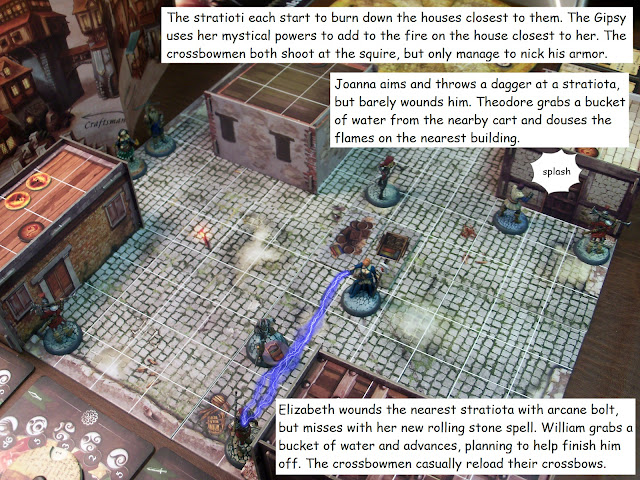 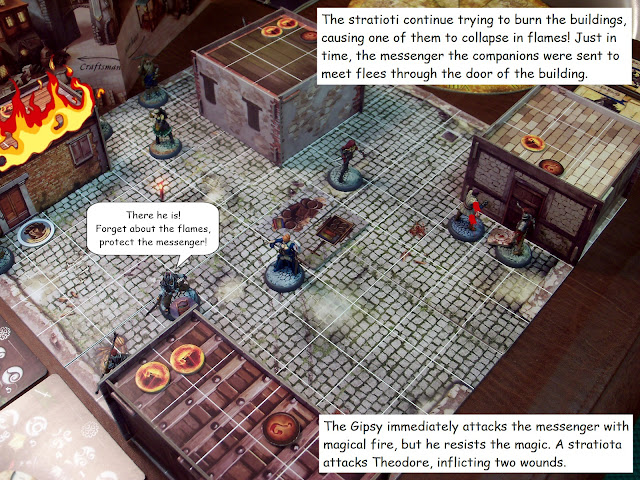 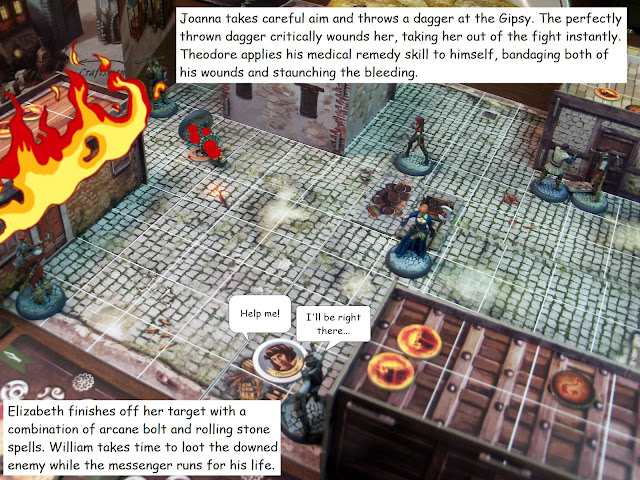 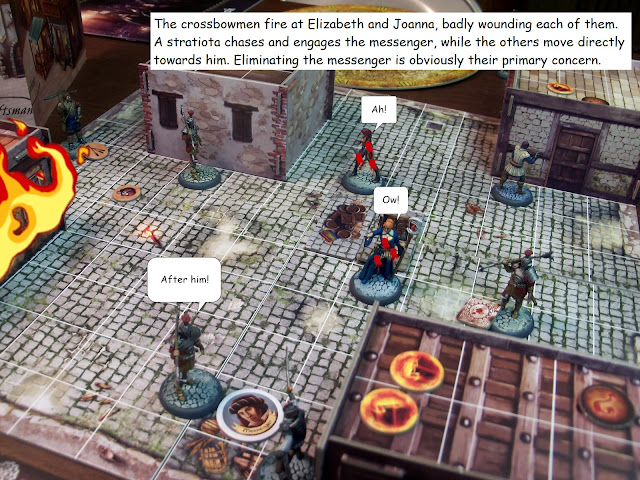 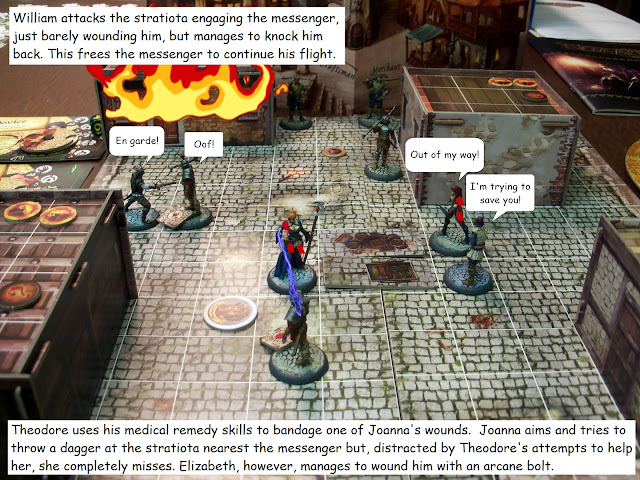 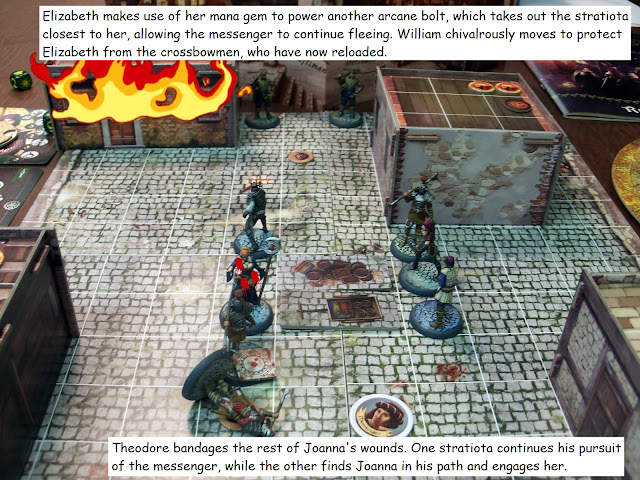 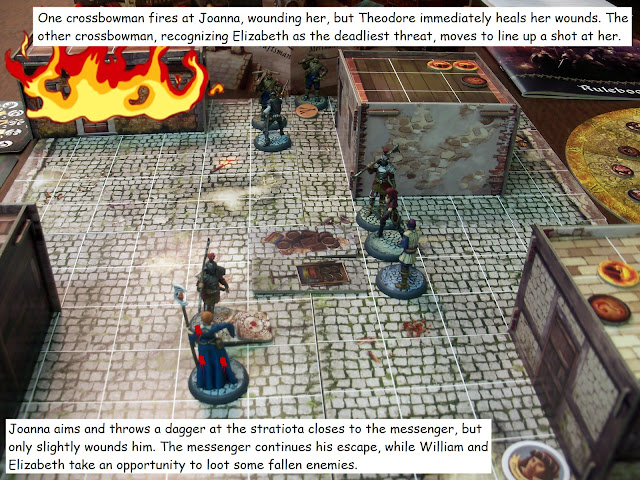 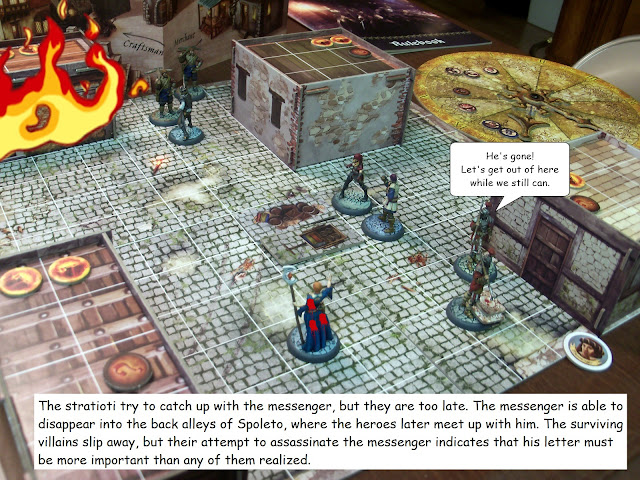 The heroes come away from the battle with 10 Silver Popolini and 6 various elements. They are also able to complete their mission and recover the letter from the messenger. The letter appears to contain an ancient map, and the messenger relays instructions for the mercenary company's next mission.

In addition, the heroes all manage to improve their skills as a result of their experience in the previous battle. With some studying, Theodore learns how to call down a blessing of Aegis to protect himself or his fellow companions. Elizabeth also hits the books and learns how to cast a haste spell which will impart a burst of speed on the target. Joanna becomes better at disengaging from an opponent to slip away, so she won't get tied down in a disadvantageous engagement. William notices his tendency to fight better when his companions are watching. Henceforth he will look for any opportunity to impress his companions with feats of derring-do.

The heroes have some time before they will need to depart on their next assignment. They decide to ask around Spoleto for any potential side jobs, hoping to make a little extra coin while they wait. Eventually they are put in contact with Olivia Florenzi, owner of a local farm.

Every night a huge dangerous bear is coming to destroy the plantations in my farm, he comes descending from the woods surrounding the residence. Whoever succeeds in stopping him shall receive a sizeable reward.

The mercenary companions decide to take on the job, and before long they have tracked down the troublesome beast. 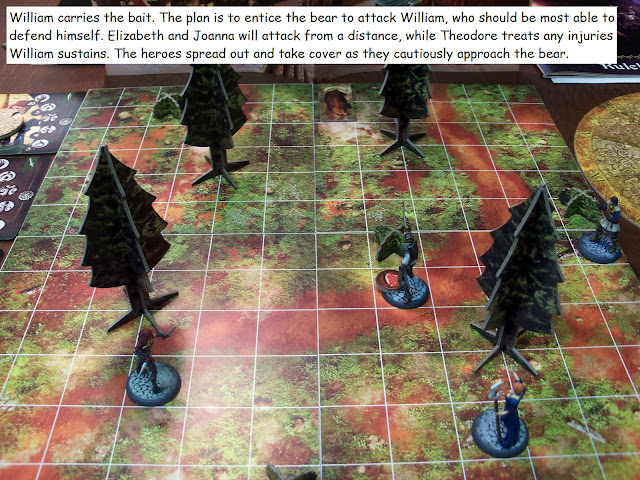 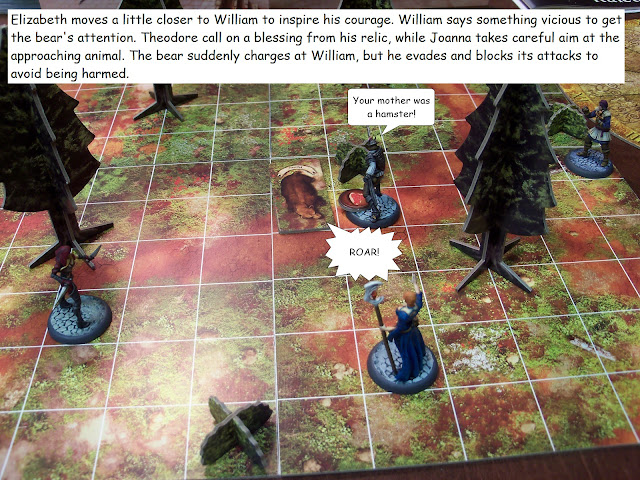 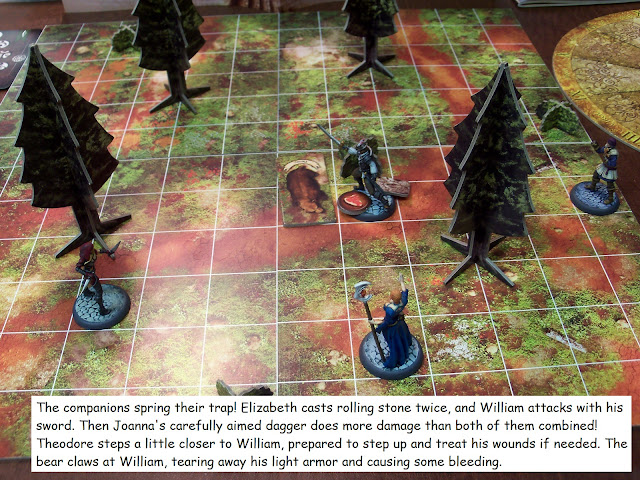 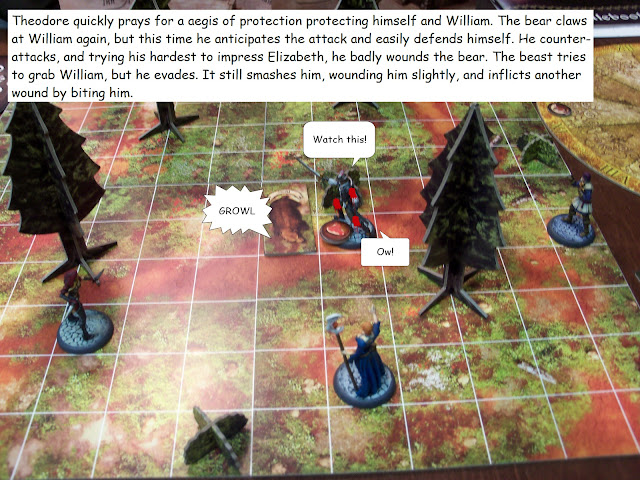 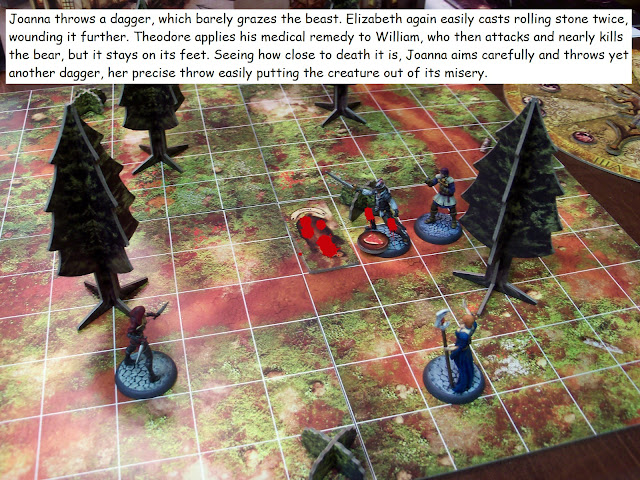 The heroes return to Olivia with the bear's carcass, but her "sizeable reward" turns out to be just a single piece of realgar. However, the companions are able to track down the animal's den, where they find two young bear cubs. They make short work of the animals, and end up leaving with two undamaged bear heads, which could possibly be made into something useful by some talented craftsman, if one could be found. Unfortunately none can be found in this village, and shortly thereafter the mercenaries depart on their next mission.
Posted by Craig Welter at 8:00 AM