The messenger delivers the letter and informs the mercenaries of Egidio's orders. They will need to follow the instructions on the ancient map in the letter and take possession of an object that he calls the Blood of Gaea. So the companions head to the forest, following the map, until night falls and in the furthest corner of the thick forest, they catch a glimpse of something strange. On a stone altar, they see a shining object that looks like the one drawn on the map... they have reached their objective! The only problem is that it seems as if some bizarre creatures are keeping guard.

The mercenary companions approach carefully in the darkness. They are hoping they can take out the closest sentry quickly and quietly, which would enable them to advance closer to their objective before the other creatures notice their presence. Things don't go exactly as planned, however... 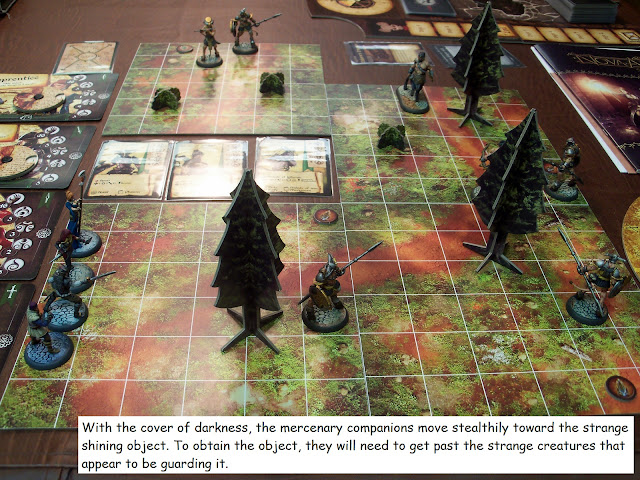 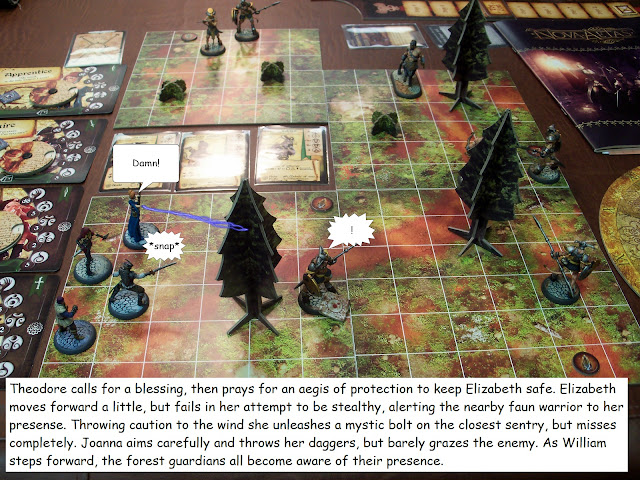 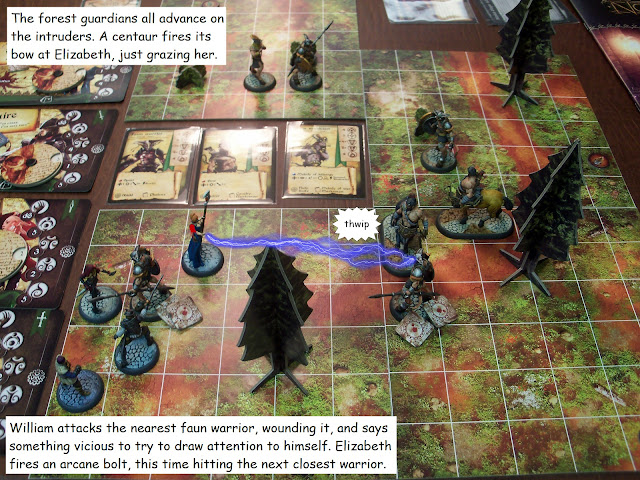 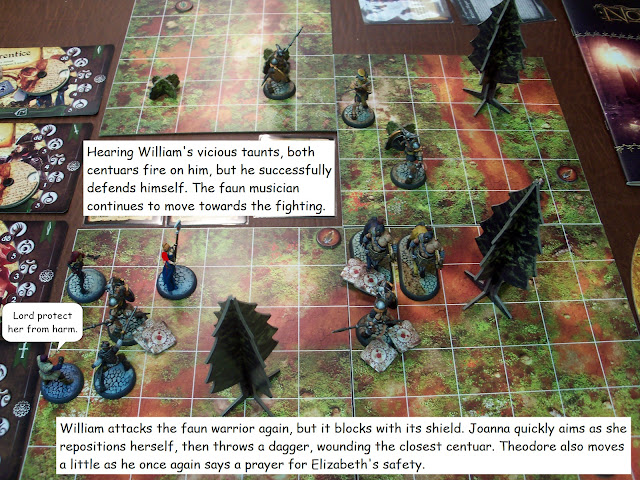 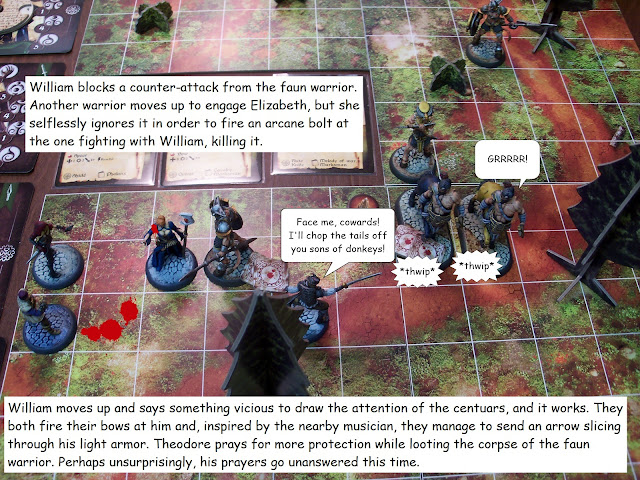 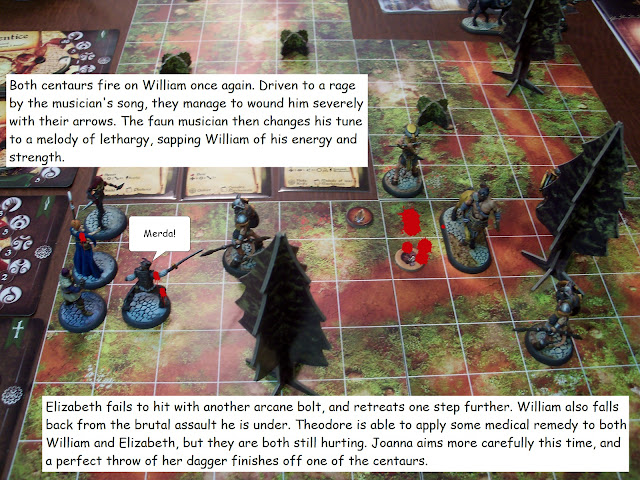 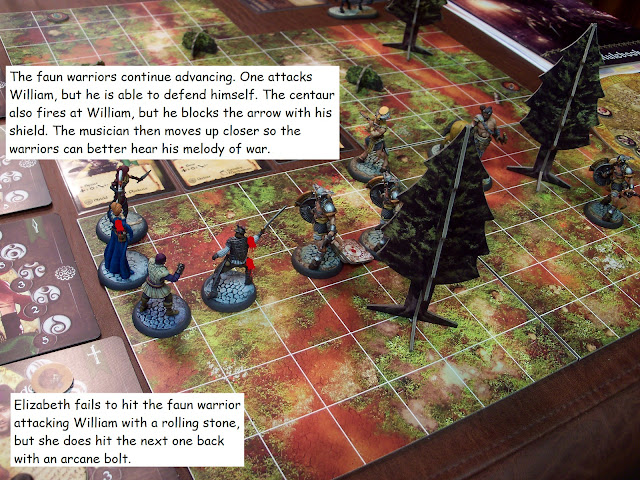 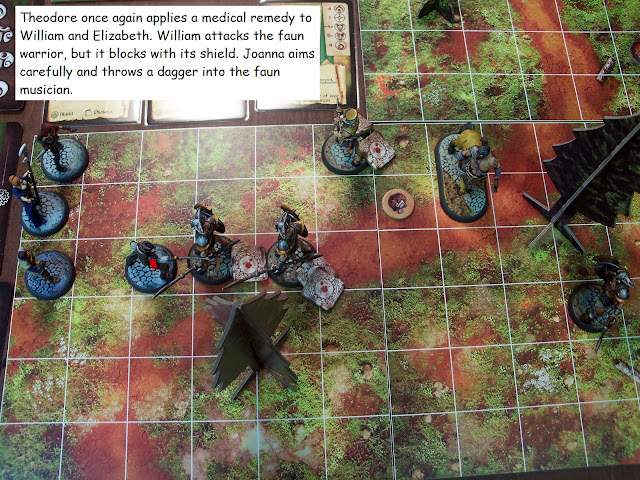 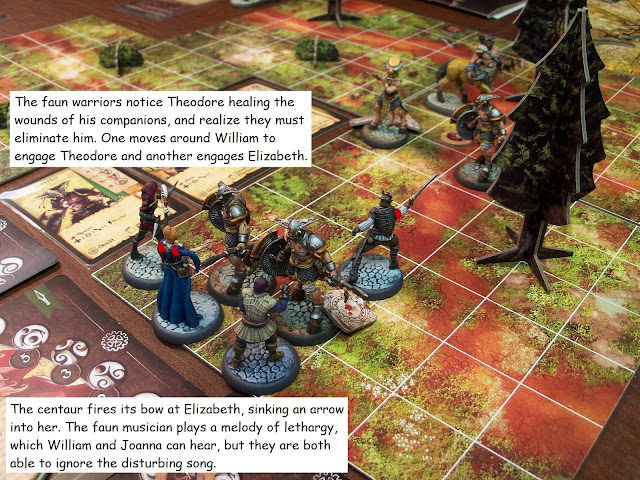 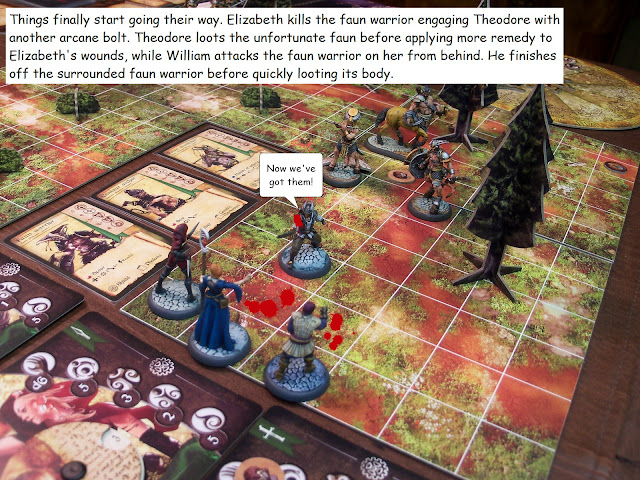 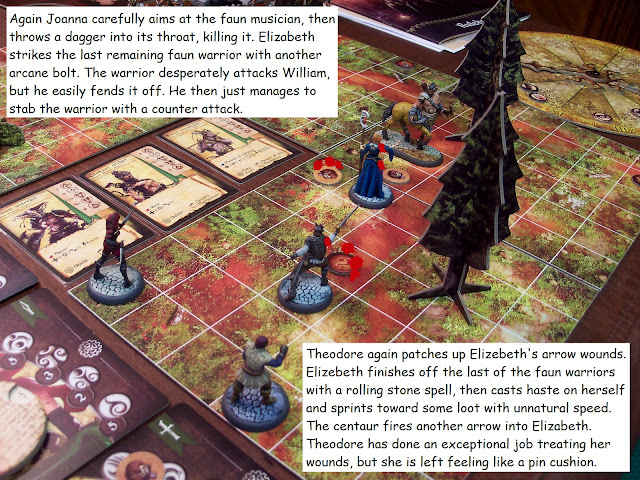 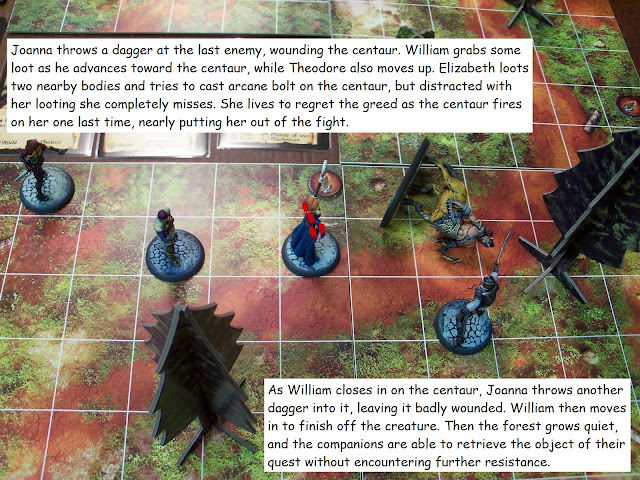 The heroes manage to loot 9 various elements and 10 silver Popolini from the forest guardians, in addition to retrieving the Blood of Gaea itself. They head to Perugia for a little rest before their return journey. This gives them plenty of time to hone their skills. Deciding that sneaking around doesn't suit him much, William works on perfecting his Reckless Charge. Elizabeth studies to learn a Charm spell that hopefully can help her avoid unwanted enemy attention. Theodore learns how to call on a blessing of Holy Light to blind those nearby, which should also help protect the more vulnerable members of the party. Joanna, wanting to enhance her lethality, practices throwing with her offhand until she is nearly Ambidextrous, which will allow her to throw two daggers at a time.

They also visit a merchant, where they sell one of their lovely bear heads for 6 Popolini, and buy some mandrake for 8 Popolini. Then they visit a craftsman, who they pay to use their accumulated elements to craft some useful gear. They create some Bear Headgear which will provide one of them some additional defensive protection from physical attacks. They also craft a fine Confusion Staff, which Elizabeth can channel her offensive spells through in order to hinder the target of her attacks. Unfortunately, with only two philosopher's stones, they are unable to create anything else.

The mercenary band then heads to the barracks to see if there are any side jobs they can take on to earn a little extra money (and perhaps take the opportunity to loot more elements from any adversaries). There they find a wanted poster for one Armando the Sculptor, which reads as follows:

Armando is a counterfeiter. He reproduces all types of coins and statues by renowned artists with great ease. He disguises himself behind a false name in the city. Look for him and capture him, confiscate all his tools and creations. 10 Popolini to the valiant gentlemen that succeed in tracking him down.

The companions figure it sounds like a job with little risk, so they try their hand at detective work in an effort to track down the infamous counterfeiter and claim the reward.
Posted by Craig Welter at 8:00 AM