After the umpteenth tavern fight sparked by a drunken friend, a unique band of free company mercenaries find themselves running through the narrow streets of Rome, when they unexpectedly hit a dead-end street. The only available escape route is being obstructed by a group of bandits. They need to find a way out of this dangerous situation before the group at their heels catches up to them.

Theodore the novice, William the squire, Elizabeth the apprentice, and Joanna the scum, resolve to fight their way through the bandits who are delaying them. They have known each other as part of the same free company, but now they will fight for their lives together in the back alleys of Rome. 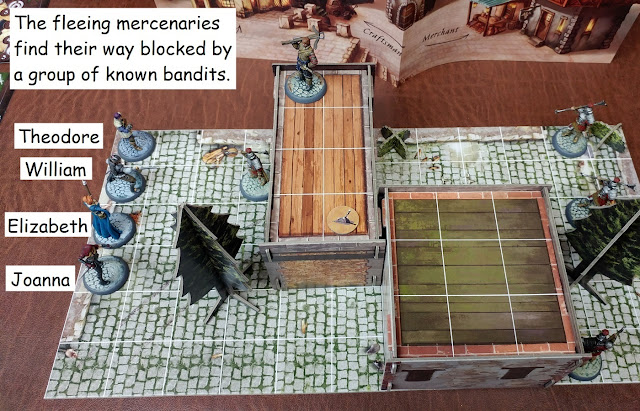 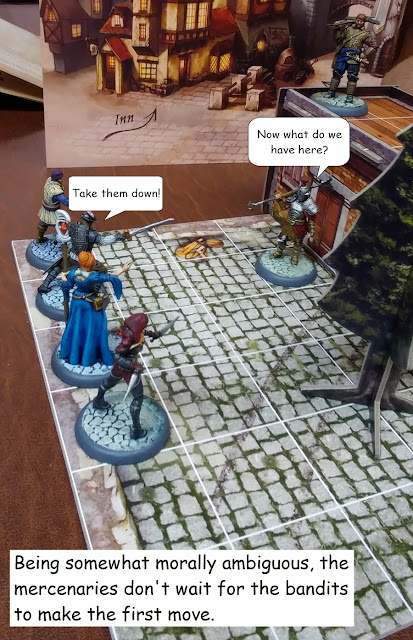 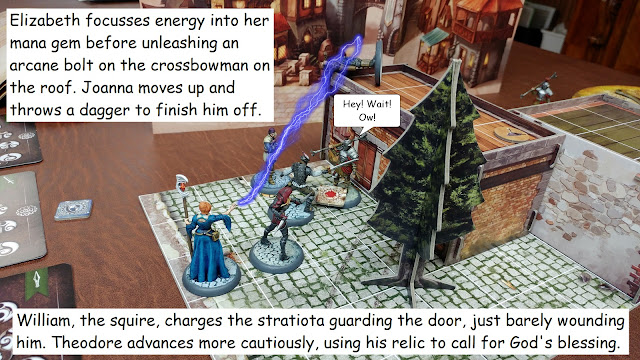 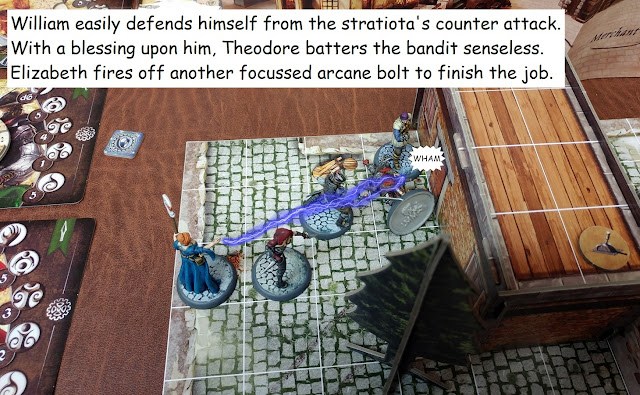 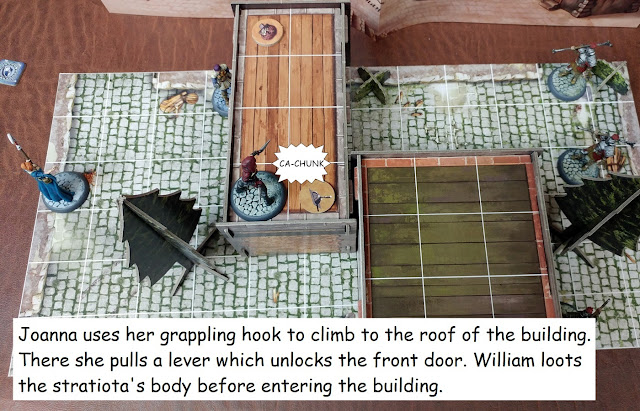 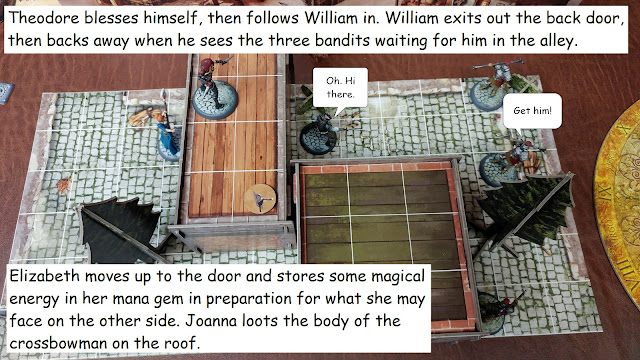 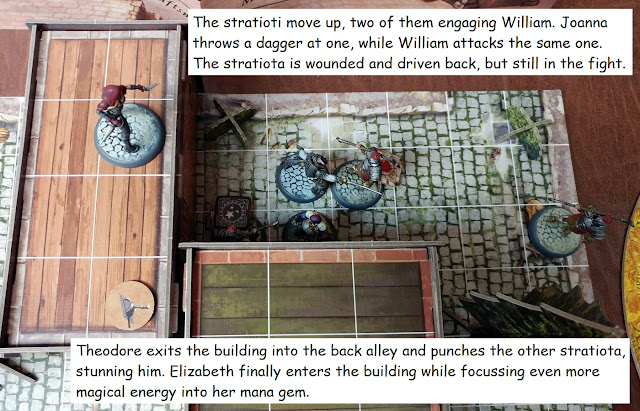 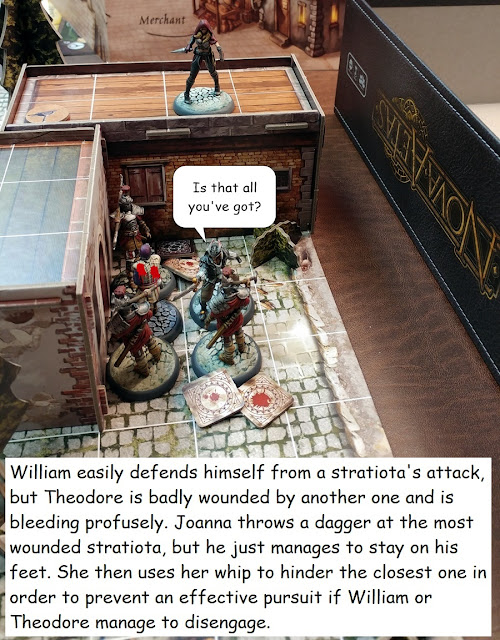 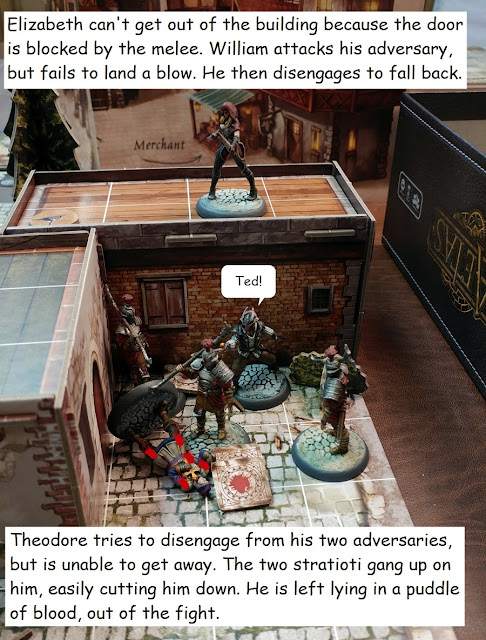 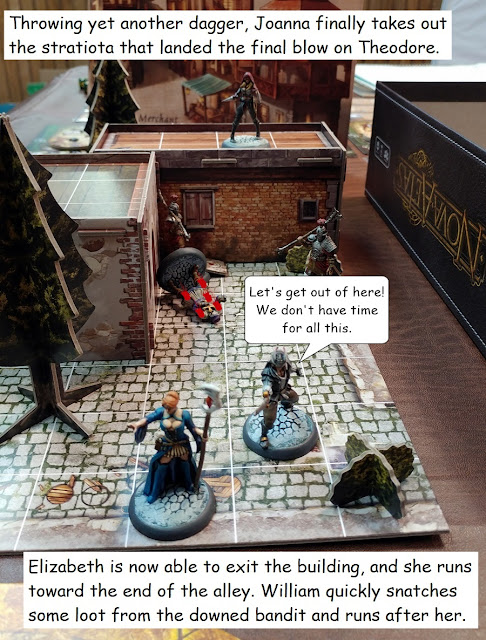 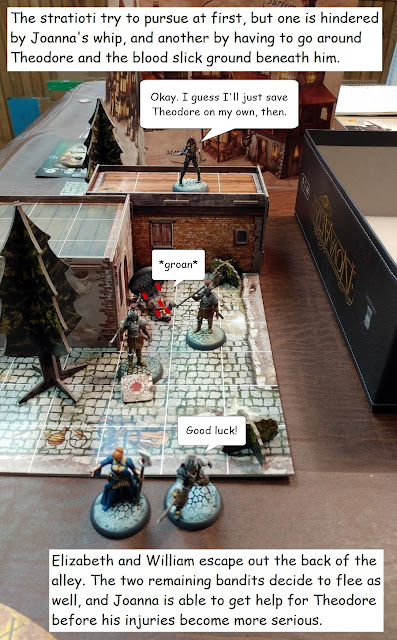 Joanna is able to get Theodore medical attention in time to prevent his wounds from becoming more serious, and he soon makes a full recovery. The loot they were able to pilfer from the bandits included 4 silver Popolini along with some sulfur, silver nitrate, salt, and realgar.

The mercenaries all gain valuable new skills from their life-and-death experience. Elizabeth, seeing the value of a spell she can get off more quickly, learns the Rolling Stone spell. William believes he can defend himself from any enemy, but saw that he couldn't defend his less skilled companion, so he learns to be more vicious in order to draw the enemy's attention to himself. Joanna practices her aim with her throwing daggers to become even more proficient with them, while Theodore learns some basic medical remedies he can perform to quickly tend to wounds while fighting.

Unfortunately, they have no time to enjoy their earnings (ie, drink them away) as all four of them must depart immediately for Spoleto. The four of them have been hand-picked specifically for their unique combination of specialties to undertake a critical mission. They have no idea that the seemingly ordinary task will lead them into the adventure of their lives together.
Posted by Craig Welter at 8:00 AM