Armando is a counterfeiter. He reproduces all types of coins and statues by renowned artists with great ease. He disguises himself behind a false name in the city. Look for him and capture him, confiscate all his tools and creations. 10 Popolini to the valiant gentlemen that succeed in tracking him down.

The mercenary companions try to make a little extra money on the side by tracking down a wanted criminal known as Armando the sculptor. He is actually an infamous counterfeiter, but uses a fake name to avoid capture. The heroes spend some time observing the movements of the important people in Perugia and, after some investigation and observation, believe they have discovered the culprit. Since he always moves about the city surrounded by bodyguards, they know he won't be captured without a fight. 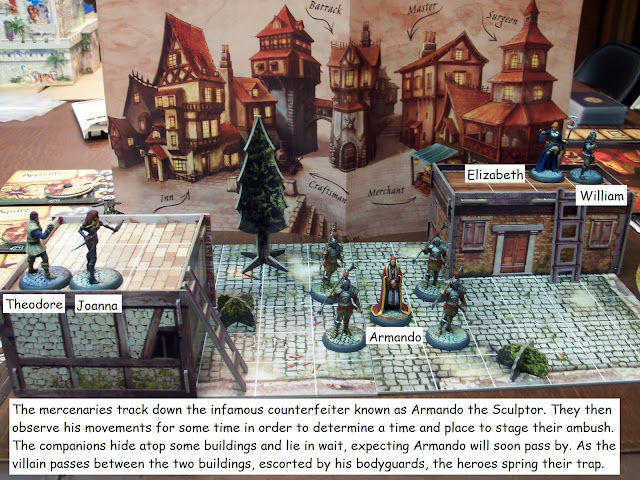 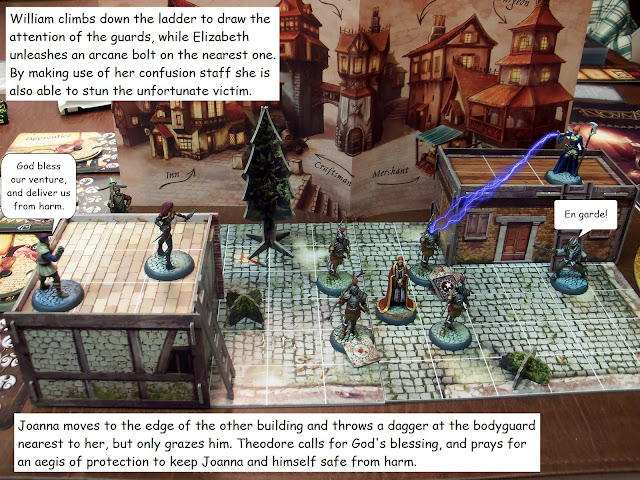 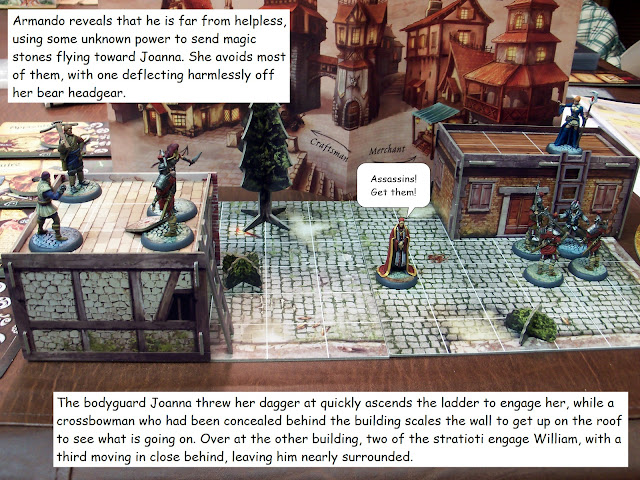 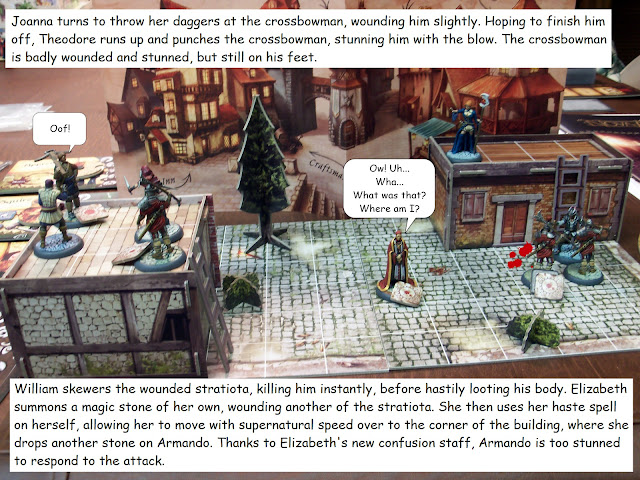 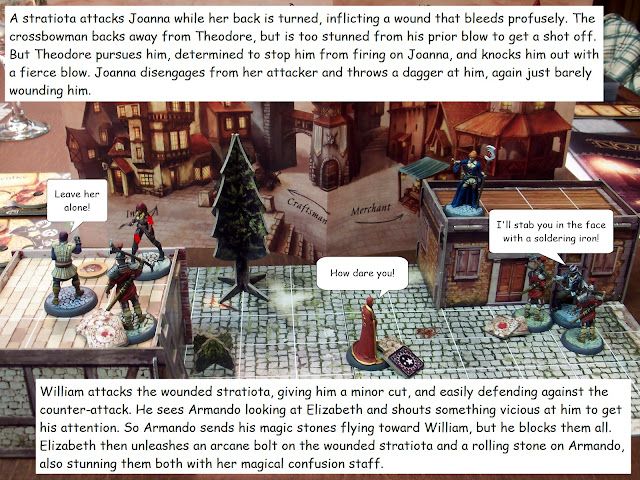 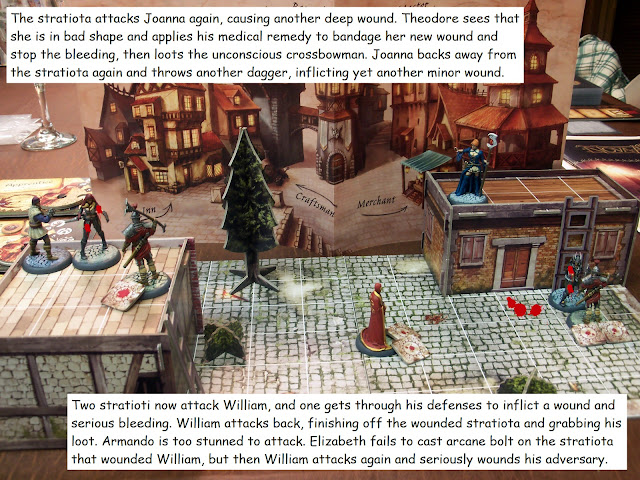 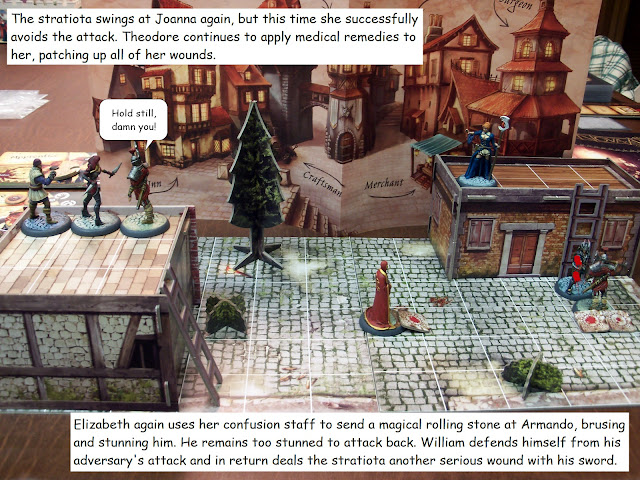 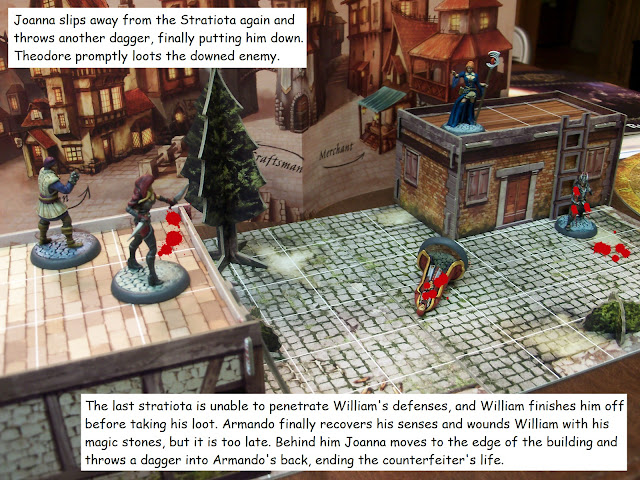 The heroes deliver Armando's remains to the authorities after destroying his workshop, though many questions still remain regarding the source of his powers. The authorities would have preferred to have captured Armando alive, but they do pay the companions the 10 silver Popolini reward. The companions have also managed to loot 5 various elements from the defeated bodyguards, but no philosopher's stone, which is what they are most in need of. With that business concluded, the company departs for Assisi to bring the mysterious artifact known as the Blood of Gaea to their boss Egidio.
Posted by Craig Welter at 8:00 AM