The mercenaries have reached the location where the prelate appointed by Egidio to accept the precious relic is waiting for them. As they approach to deliver the object, the companions notice several soldiers emerge from the shadows of the alleys and surround them. Then they notice a sneer on the prelate's face. 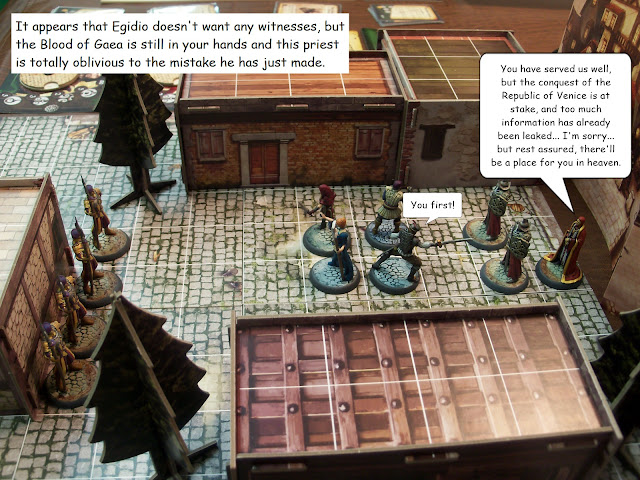 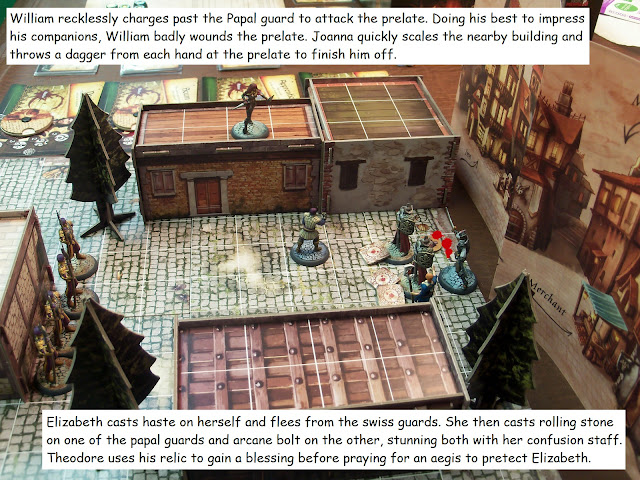 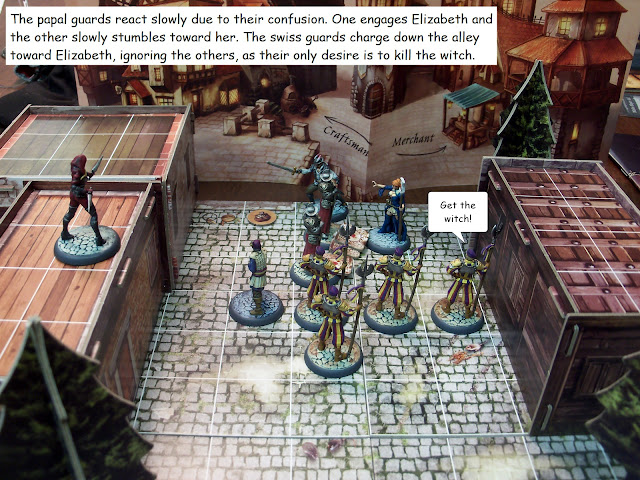 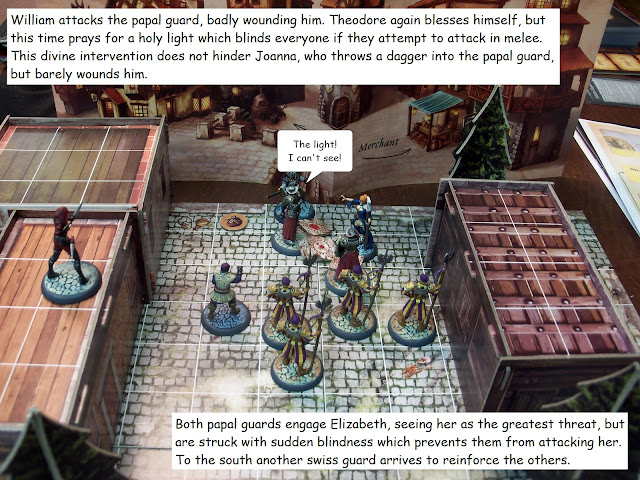 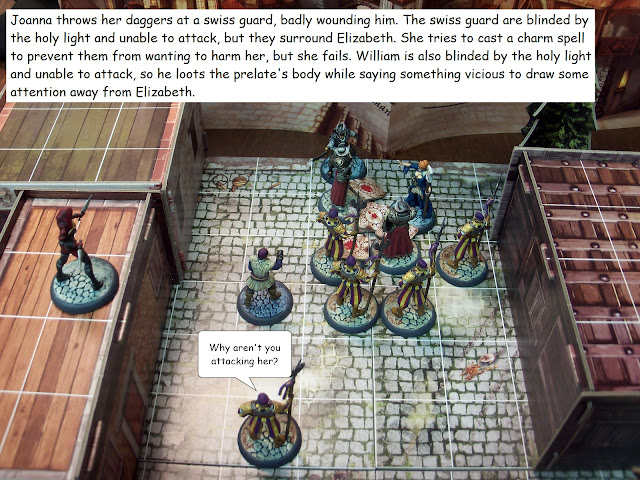 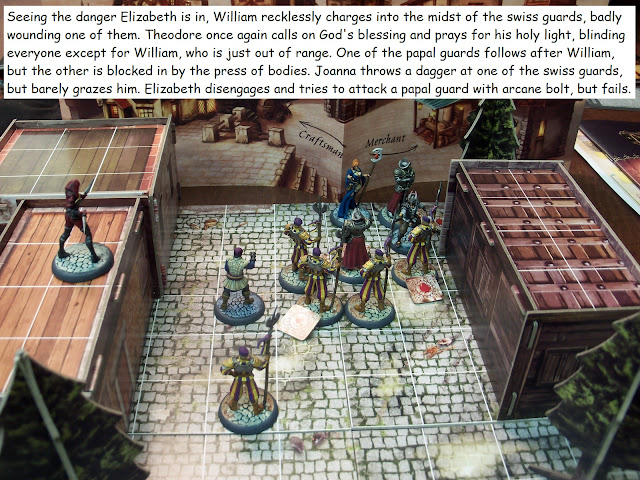 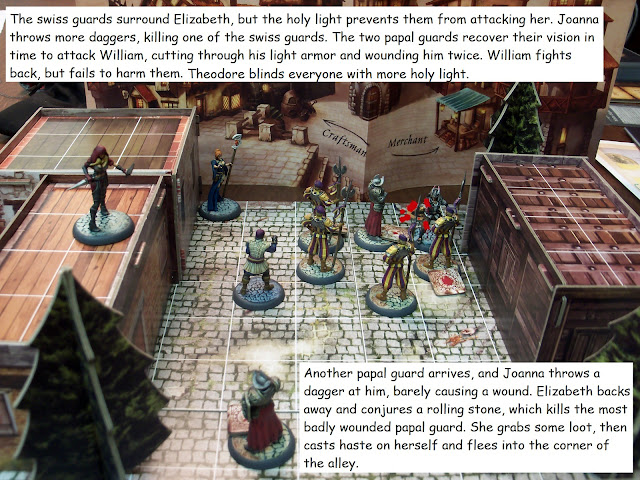 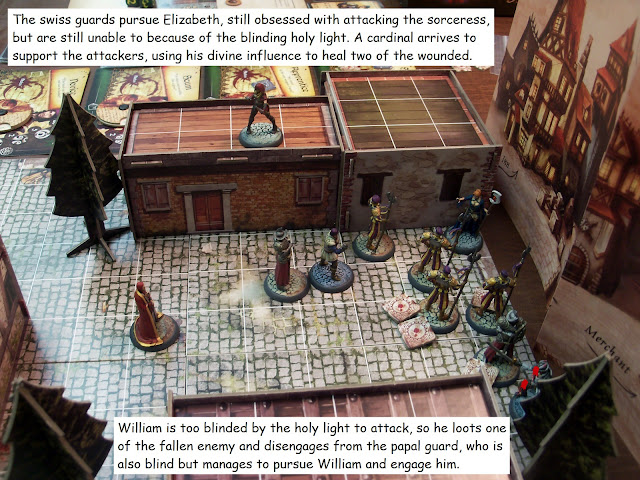 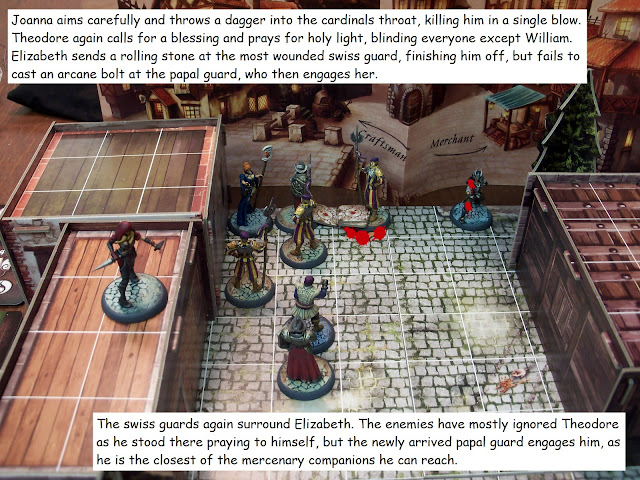 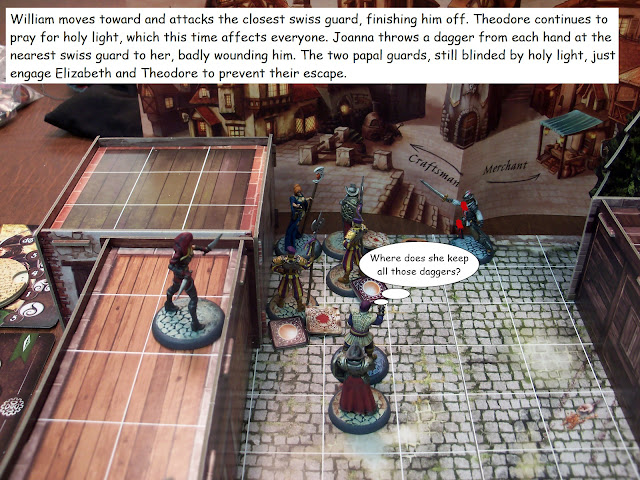 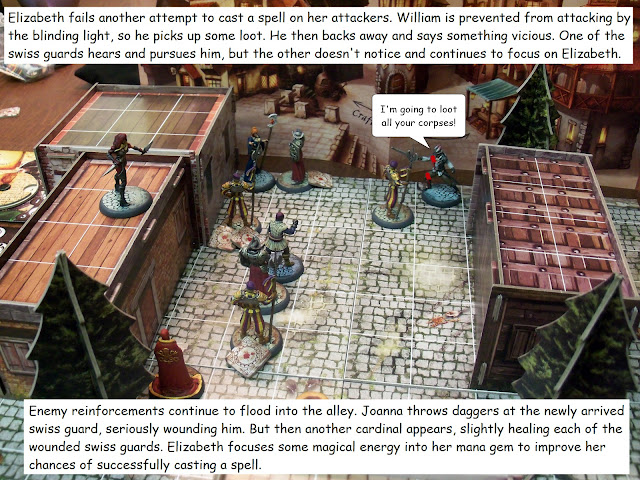 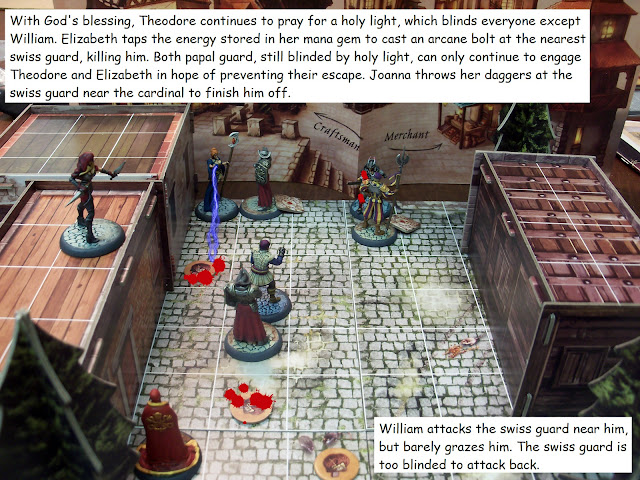 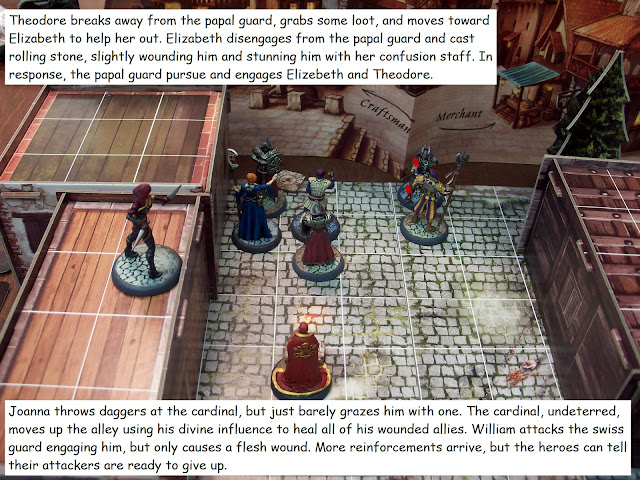 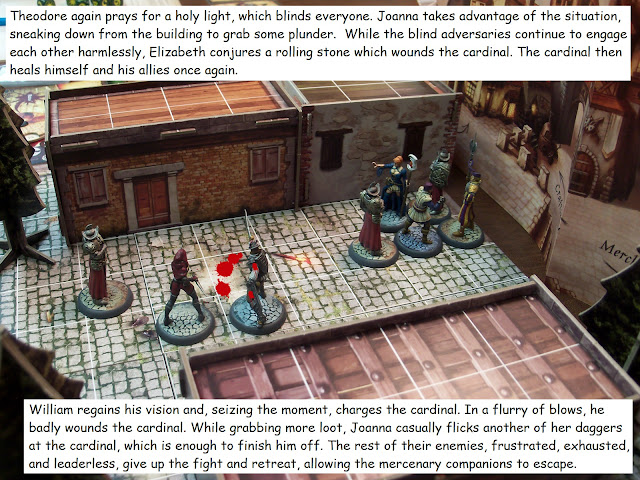 The heroes have managed to survive the cowardly attack by their ex-employers... now they want to know more about this mysterious object. They also managed to come away with 15 Popolini and 11 various elements acquired over the course of the prolonged battle. The mercenaries take their plunder and lay low in Assisi while they plan what to do next. In the meantime, they each spend time training in a particular specialization in order to improve their abilities.

Elizabeth trains in the art of the Mage, specializing in offensive magic. To this end she acquires spell scrolls for Mana Blizzard and Sheep Shift spells. William is dubbed a knight, specializing in defense, and dedicating himself to helping to protect his companions. He is gifted a large guard shield and heavy armor. Joanna joins the the thieves guild, and is granted the use of a thieves emblem and a spider claw tool for climbing walls. Theodore is extremely torn on how to specialize, between focusing on healing or prayer, but in the end decides to study to become a plague doctor, gaining a set of medic tools and a suit of doctor's clothes.

While not training, the companions spend much of their time lying low at a local inn discussing their next move. There they meet a man looking to hire someone for a potentially dangerous quest. They decide to take on the job to make some extra money while they decide what to do about Egidio and the Blood of Gaea.
Posted by Craig Welter at 8:00 AM